Limbaugh’s wife, Kathryn, announced the radio host passed away at the age of 70 after battling lung cancer at the beginning of his radio program on Wednesday.

Shortly after his death numerous Hollywood celebrities celebrated his death.

Now, even more celebrities have come out to deride Limbaugh and celebrate his death.

Actor John Cusack wrote, “Never speak ill of the dead – the poet tells us – but the truth demands the recognition of some facts – besides Murdock – there has been no more destructive practitioner of the big lie for profit in US history -” 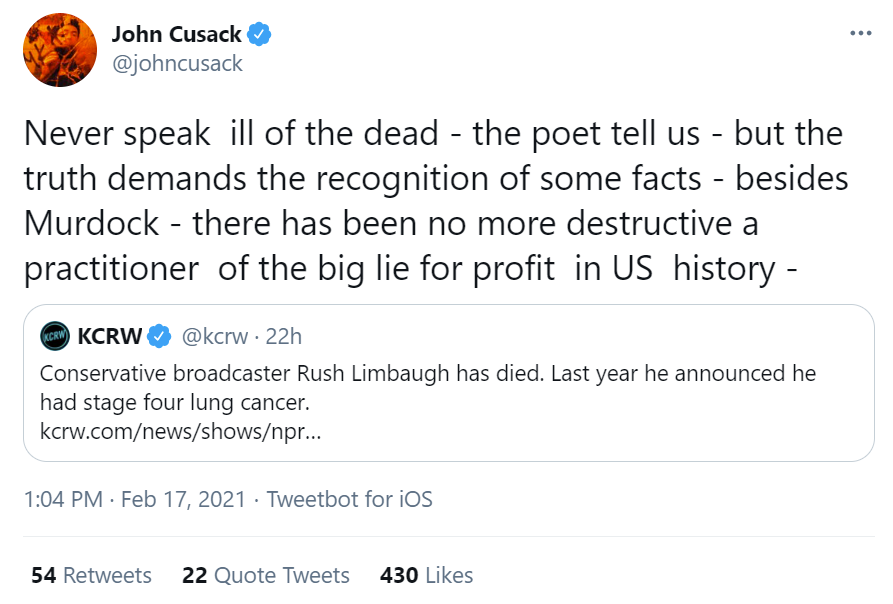 Rosanna Arquette wrote, “It’s a real shame when someone wasted their lives spewing hate and lies. what Lonely sad and empty place it must be at the end.”

Hellboy actor Ron Perlman stated, “Me being Hellboy n shit, and having spent so much time in hades, I would like to extend my deepest sympathies to the poor devil who will no doubt have to spend the rest of eternity with Rush Limbaugh.”

The Lion King actor Billy Eichner wrote, “He was a horrible person.” 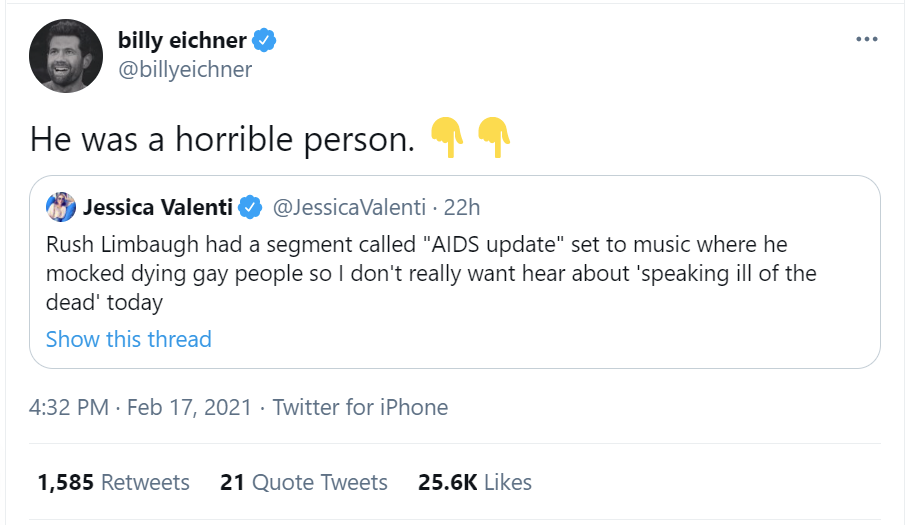 In a subsequent tweet, he added, “Honestly Rush would’ve loved all the hate-tweeting about him today. Hate was the BRAND.”

In the ensuing video he stated, “Rush Limbaugh, another white man propagating hate and lies is dead. Once he was an important man. Once he mattered. Now, he’s just decomposing matter.”

Sweet Home Alabama and Grace & Frankie actor Ethan Embry posted to Twitter, “If you need a lesson on how influential white supremacy is in America, watch the response of Rush’s death.”

God Friended Me And Taken actor Adam Goldberg wrote, “If you’re clutching your pearls over dead rush jokes, you never listened to his show.” 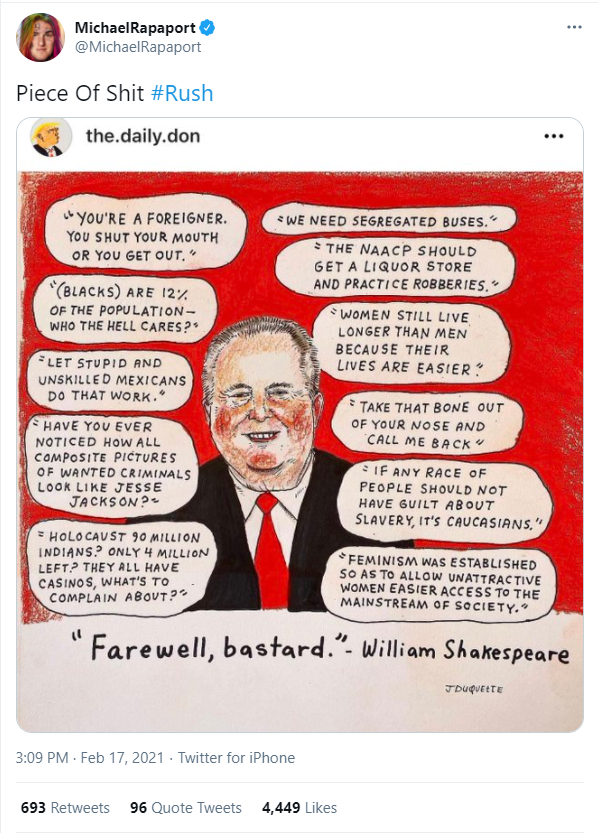 Kirk Acevedo also wrote on Twitter, “One bigot dead. Waiting for the rest to join him. #NoBigots #KidVicious.” 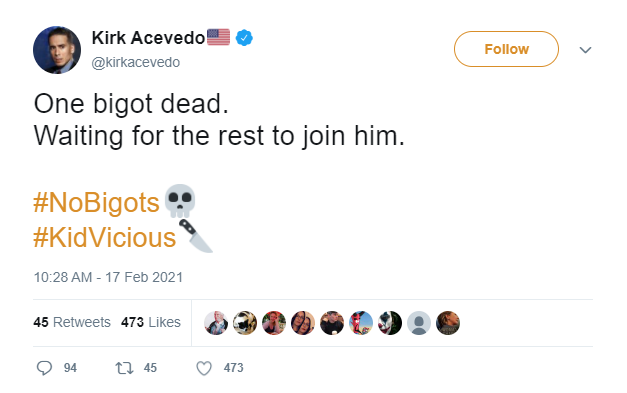 New Girl actor Rob Reiner wrote, “Rush Limbaugh is gone. But there is no scarcity of purveyors of disinformation left in his wake. To protect our Democracy we must remain vigilant in calling out their big lies. Starting with climate change.”

In a subsequent tweet she added, “Limbaugh fans hating this tweet, I’m assuming because I didn’t do it in a voice mocking disabled people.”

What We Do In The Shadows actor Anthony Atamanuik wrote, “Rush Limbaugh was a foul f*** rat who spread nothing but hate & terror throughout his career. His radio show poisoned hundreds of millions of people’s minds. He’s a racist, misogynist, & homophobe. His death brings me joy.” 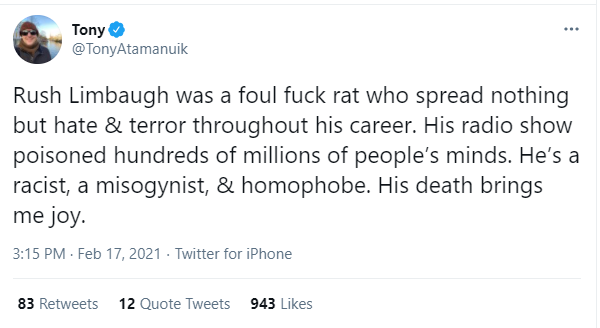 What do you make of the comments coming from these Hollywood elite?