Seven Seas Entertainment has apologized to fans for taking a “heavy-handed editorial approach” towards Classroom of the Elite and Mushoku Tensei: Jobless Reincarnation after it was discovered that the independent manga publisher had heavily censored both respective series. 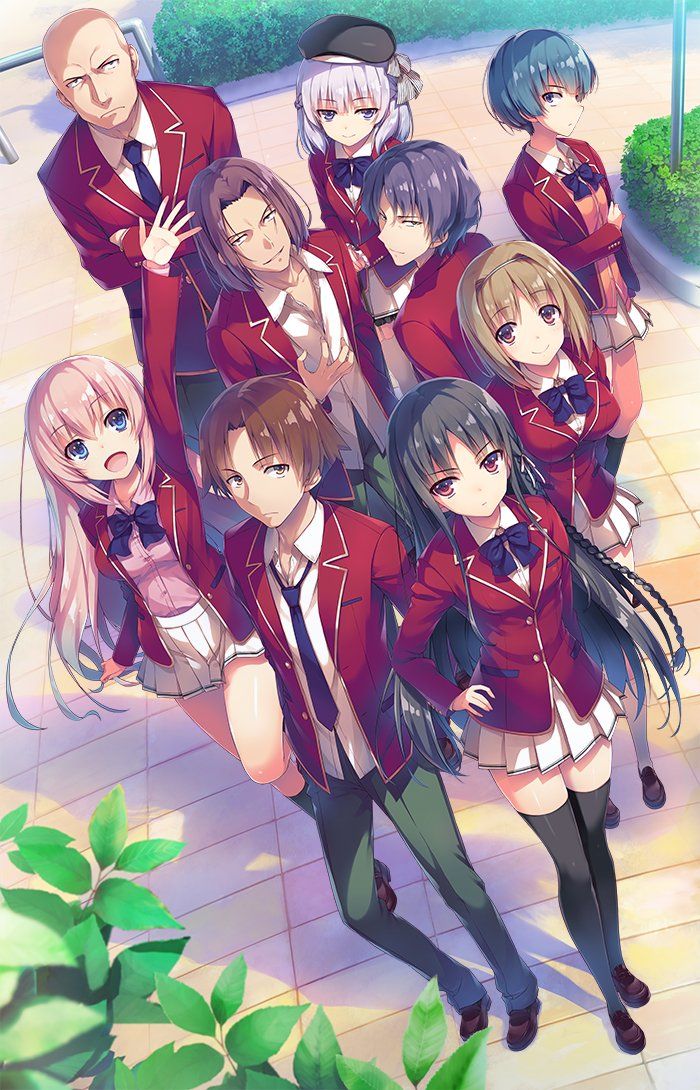 Seven Seas’ censorship regarding these two titles first came to widespread attention last month when, following the release of the Classroom of the Elite light novel’s seventh volume, fans noticed that massive amounts of text had been completely omitted from the book’s English language release.

According to a number of comparisons between the official English release and a fan-translation of the book’s original Japanese text, provided by /u/veritasss11 on the /r/ClassroomOfTheElite subreddit, Seven Seas’ censorship saw numerous instances of text being outright removed from the light novel. 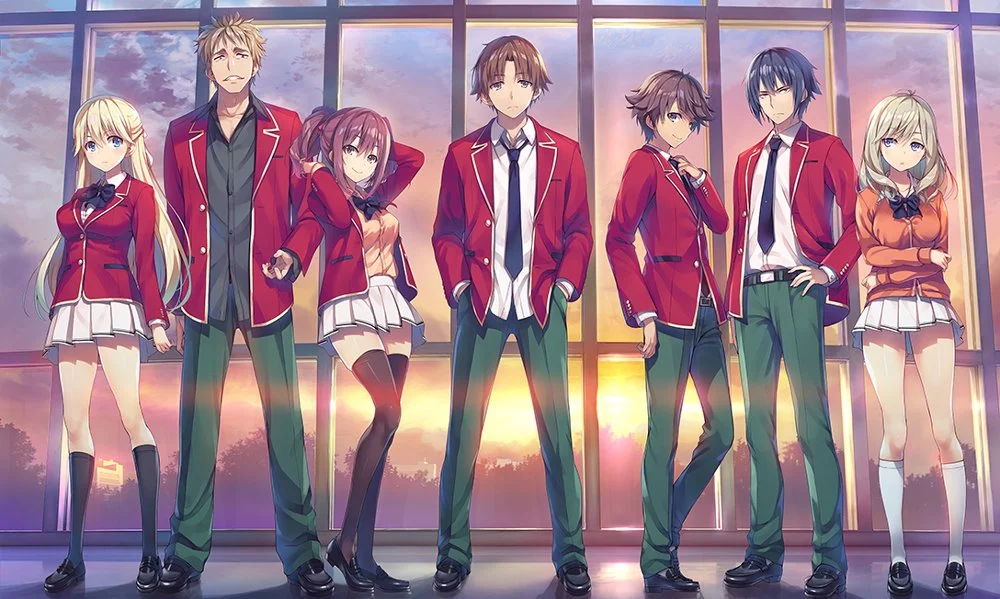 In one scene, wherein Kei Karuizawa recounts the relentless bullying she endured during her middle school years, Seven Seas removed nearly two paragraphs of text in which the heroine spoke to the fear and distress the schoolyard abuse had sparked within her.

“I was freezing. Icy water dripped from my hair. They’d dumped water over me four times now. My uniform was soaked right through; even my underwear was wet. But my chilled body didn’t scare me. It was the ice in my heart that did.

‘Come on. That is enough, Karuizawa. Make things easier on yourself. There’s no need to suffer any further,’ Ryuuen sneered.”

“It chilled me down to my core.

The chill of the water dripping from my hair. They’ve dumped water on me four times now. Not only my uniform but even my underwear are soaking wet now. But it’s not the fact that my body’s trembling from the cold that terrifies me.

It’s the cold that grips my heart.

A darkness deep and dark enough to make you resent the world reared its head.

Why am I being bullied? Those feelings gradually changed.

Why am I even alive?

What did I do wrong?

I began to blame myself. My heart that’s frozen over started eating away at my body.

The scars that run deep began to ache again.

‘Hey, save yourself already, Karuizawa. There’s no need to suffer any more than this.’ In front of me, Ryuuen laughed while pressuring me for a confession. “ 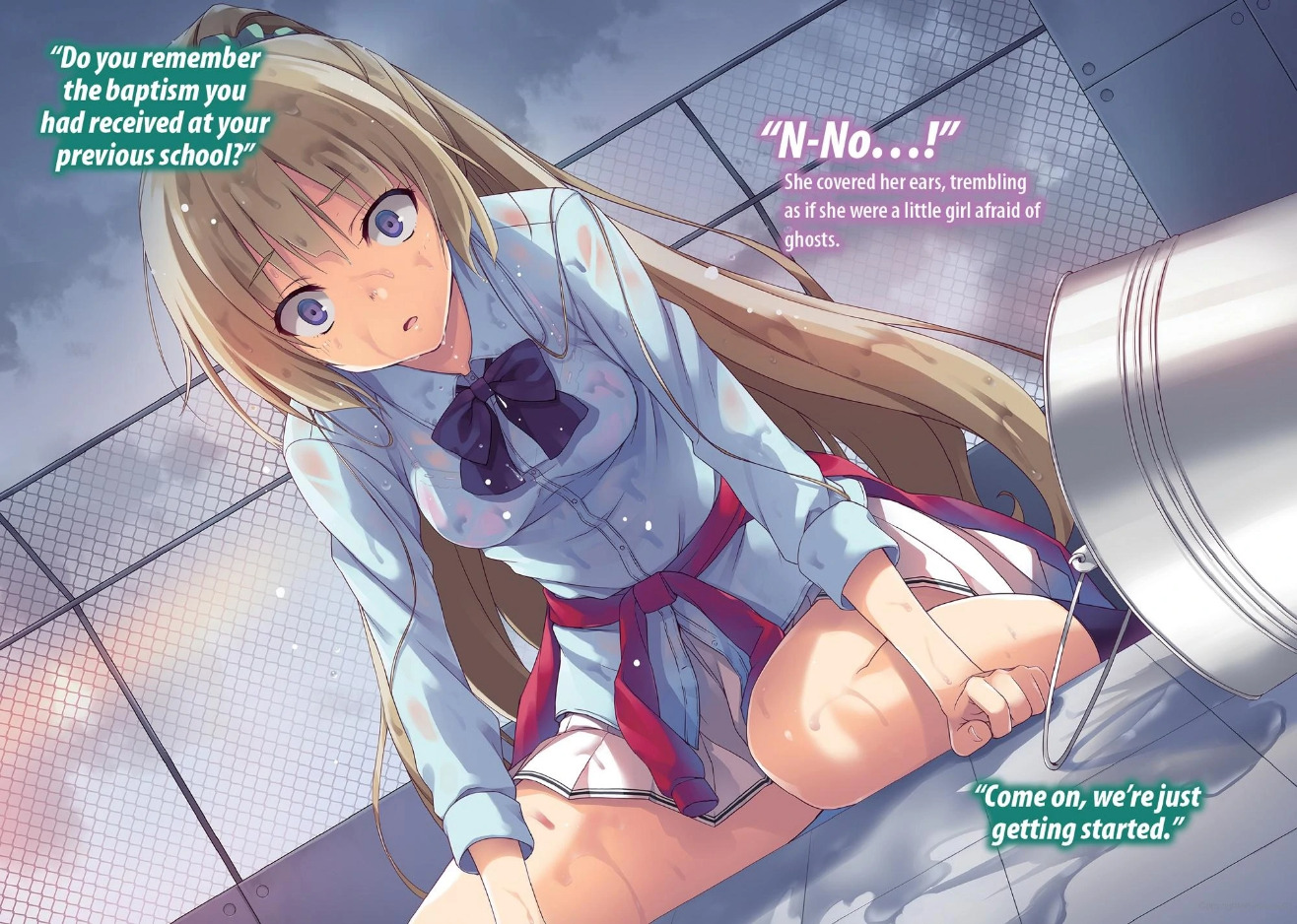 Shortly after the changes to Classroom of the Elite were brought to light, fans of Mushoku Tensei: Jobless Reincarnation found that Seven Seas entertainment had made similar omissions to the text of the series’ first two volumes.

As reported on the /r/Mushokutensei subreddit and “personally confirmed” by Anime News Network, these changes included “a scene which depicted the protagonist Rudeus groping and attempting to pull off the panties of a sleeping girl [being] replaced with him trying to pull her shirt over her stomach to prevent her from catching a cold” and several instances wherein the company completely removed “references to rape.”

“Another notable change from volume 1 involved removing references to rape. When Lilia described her past sexual history with Paul to Rudeus in chapter 9, he mentally referred to Paul’s actions as ‘rape and adultery.’ This was changed in English to ‘cheater and womanizer’,” wrote Anime News Network. “In another section earlier in the same chapter, Lilia recalls an incident where Paul snuck into her bedroom at night for sex, describing the initial act as ‘forced.’ The reference to force was removed in the English version.” 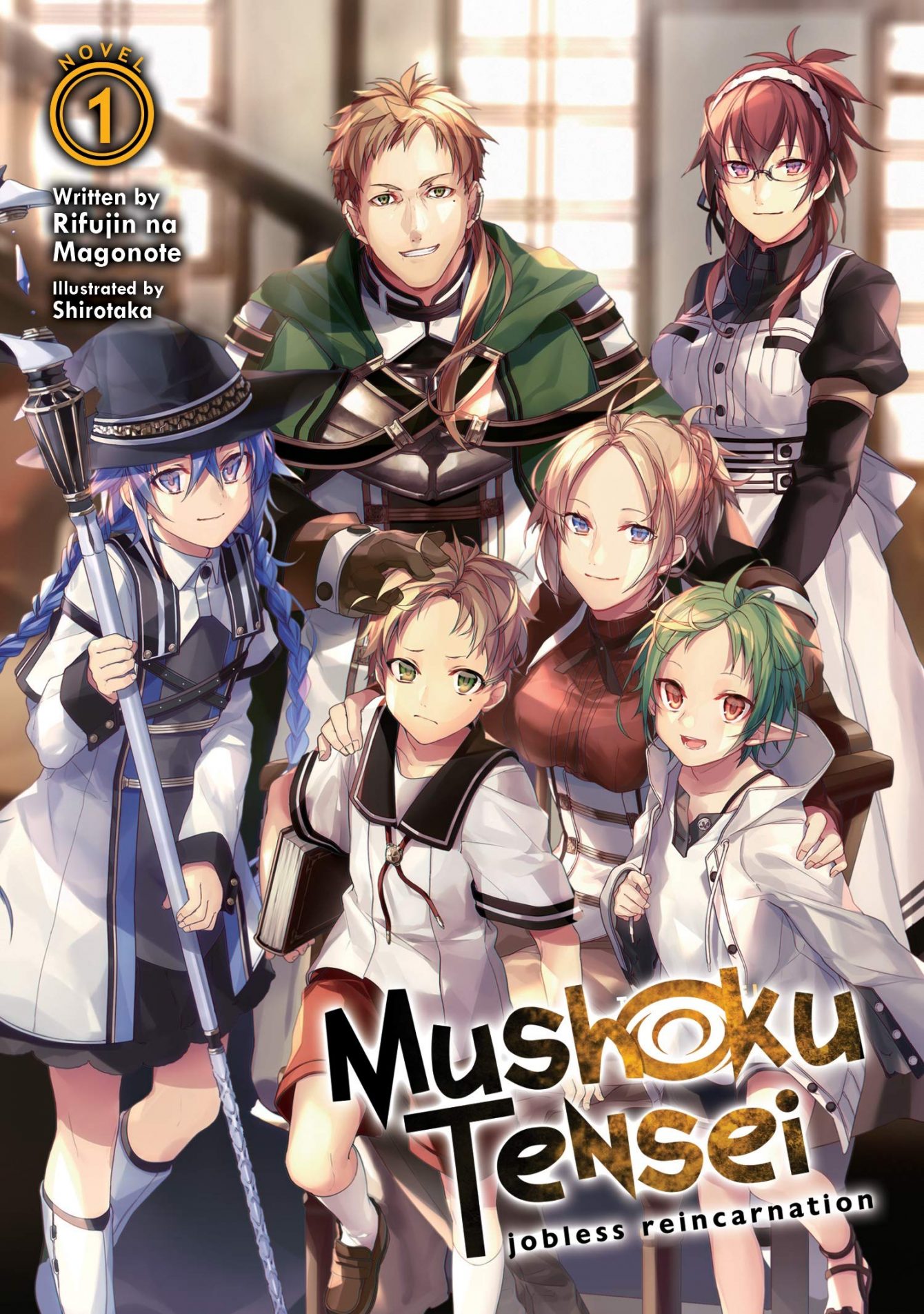 In response to these changes being brought to light, Seven Seas issued a statement to Anime News Network apologizing for their “heavy-handed editorial approach in certain portions of the text” regarding Classroom of the Elite, announcing a “re-edited” release of the series’ seventh volume, and noting that they are “currently re-evaluating our editorial choices” concerning Mushoku Tensei.

“The localization process, especially with novels, involves multiple stages of editing after we receive the raw translation,” said Seven Seas. “The process of creating smooth and readable English language prose often involves condensing or rearranging text, so line-by-line translation comparisons are not always 1:1.” 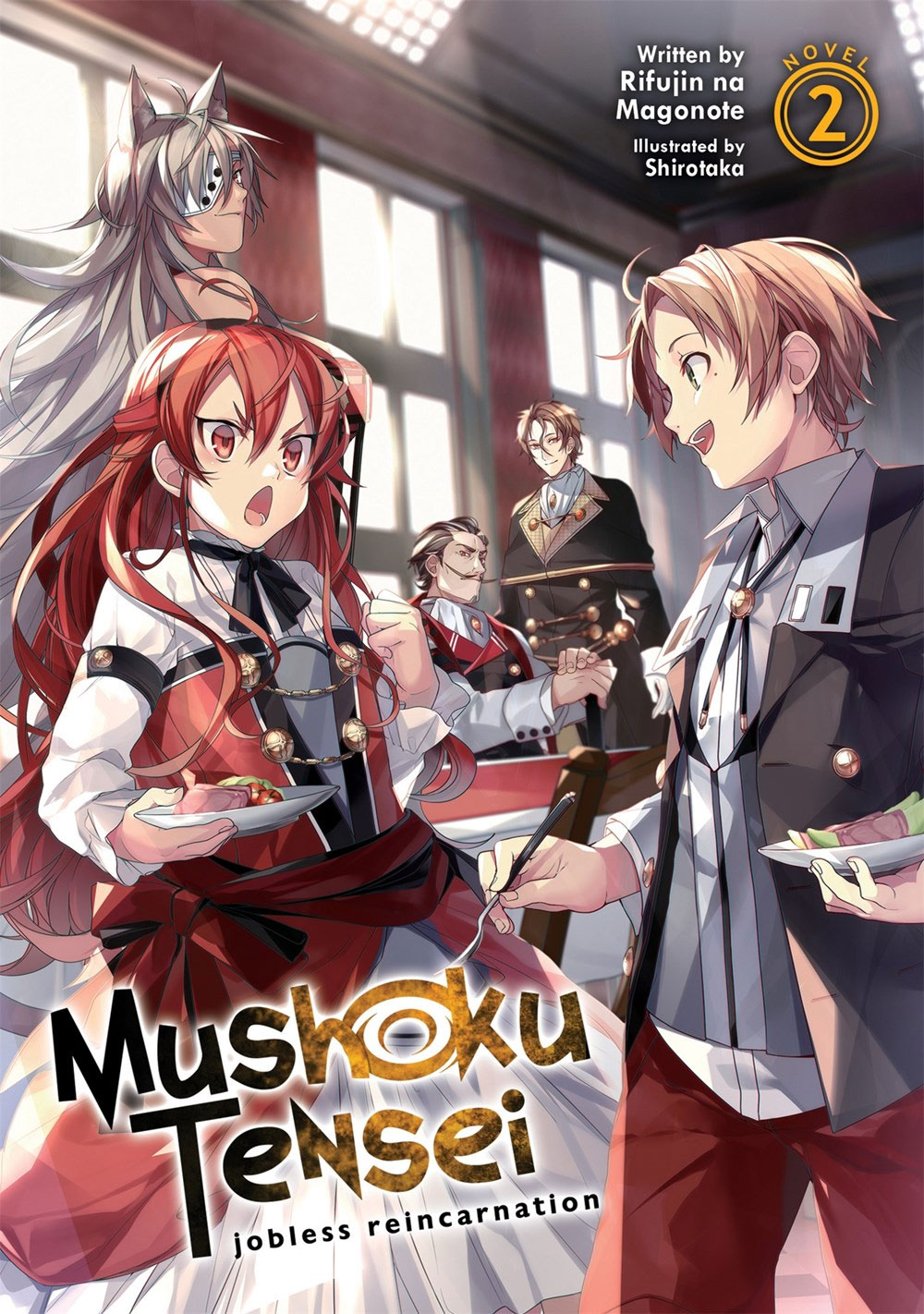 “Seven Seas’ goal is to provide accurate translations that reflect the author’s intent, yet at the same time, we pride ourselves on providing polished English versions that are commercially viable and enjoyable to read,” they continued. “Our accomplished editors, many of whom are critically acclaimed writers as well as diehard manga and light novel fans, are tasked with carefully threading the needle and balancing word-for-word accuracy with fluidity.”

The publisher added, “In most cases, we are quite pleased with the results, and are confident that our translations stack up with our competitors’ translations and other professional prose novels in English.” 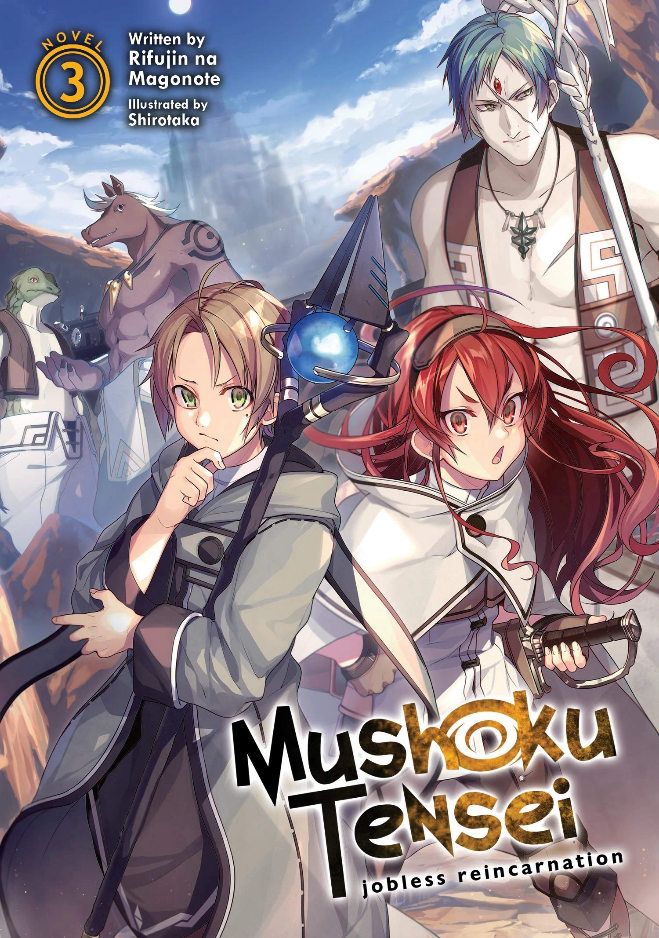 “That said, the localization process is always a judgement call. In the case of Classroom of the Elite Vol. 7, fans rightly drew our attention to a heavy-handed editorial approach in certain portions of the text,” Seven Seas admitted. “We appreciate this criticism and have taken it to heart. As a result, we have now re-edited the book and will release a new version shortly (both digital and print) that strikes a more carefully considered balance. As for Mushoku Tensei, we are currently re-evaluating our editorial choices, and will be making necessary adjustments on some volumes soon.”

“We thank fans for their invaluable feedback,” the company concluded. “Localization is not a science; it is an art form. We will continue to refine our in-house editorial standards to ensure that our localizations remain faithful, yet artful.” 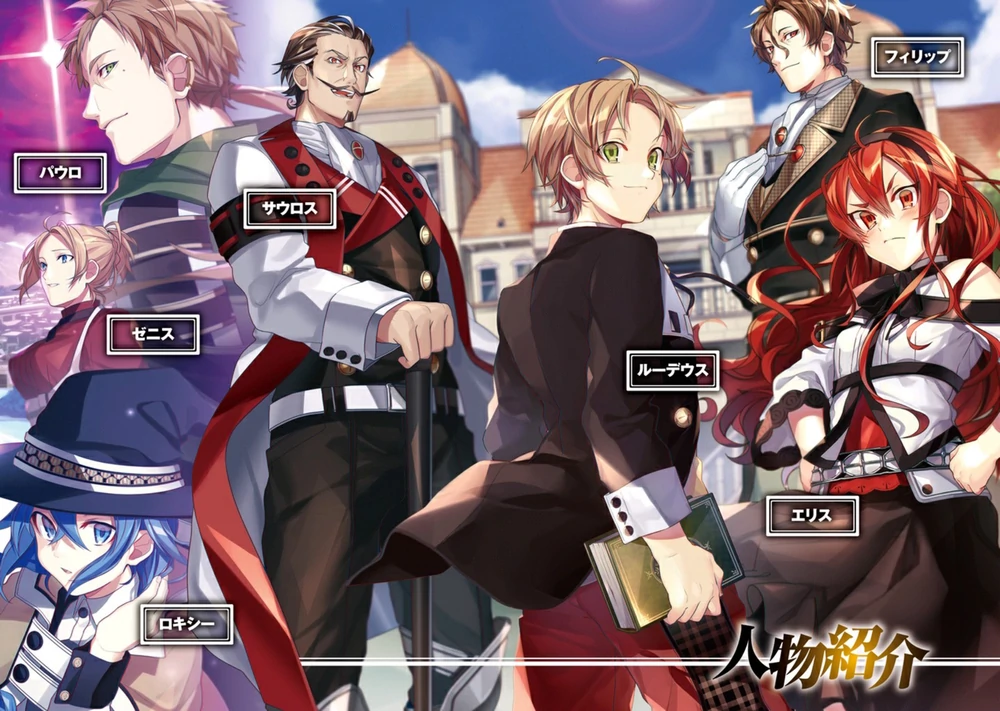 Following Seven Seas’ official statement, Mushoku Tensei translators Alyssa Niioka and Paul Cuneo took to their personal Twitter accounts to clarify that the aforementioned changes to the series were made without their knowledge.

“For what it’s worth, I was completely blindsided by the changes to the MT LN,” wrote Niioka. “I knew about volume 2’s issue and was under the impression it was a layout issue, not an editorial change. It seems that was not the case.”

“Please understand those were editorial choices, and I was not included in that process,” Niioka added. “I didn’t learn about these changes until all of you did. Many translators turn in their scripts and don’t see the final product until it’s published.” 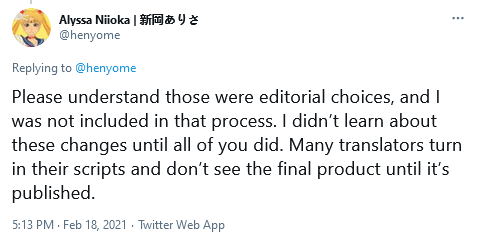 “If it wasn’t already clear enough, my policy on translation is to translate faithfully regardless of whether I agree with the content itself,” Niioka concluded. “I think it should be for the readers to decide how they feel about it.”

In the same vein, Cuneo stated that “FWIW I view it as my job as a translator to convey the author’s intent as best I can, warts and all. But as freelancers and one person in a multi-step process we often don’t have that much control over the end result.”

“I do feel editing should be a two-way process, with translators looped in to help keep that connection to the original text / intent as solid as possible,” he added. “I’ll try to advocate for process changes with my clients toward that goal.” 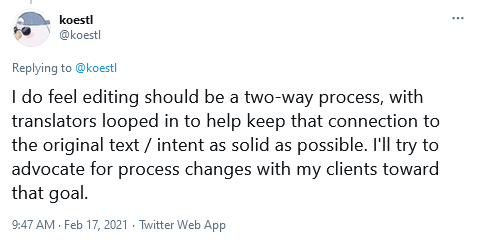 What do you make of Seven Seas’ statement? Let us know your thoughts on social media or in the comments down below!