The CODE-CWA, a “tech, game, and digital industries” unionization movement related to the Communications Workers of America labor union, has endorsed a tweet by Anita Sarkeesian in which the feminist game critic chastises Hogwarts Legacy Lead Designer Troy Leavitt for having faced “no consequences” for his former operation of an “anti-social justice YouTube Channel.” 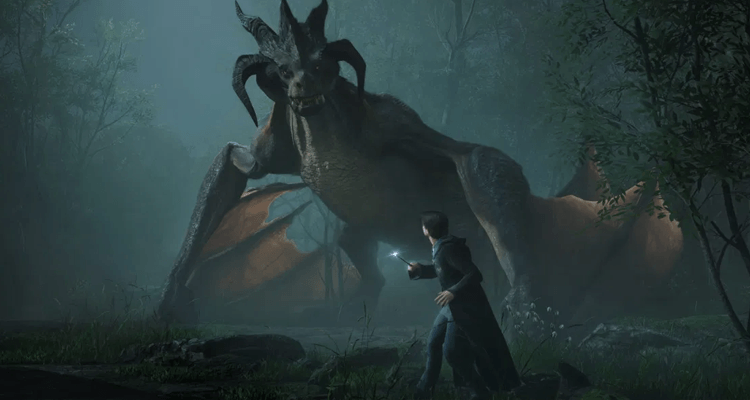 Following the outrage manufactured by the games press towards Leavitt’s YouTube channel, exclusively due to his criticism of popular critical social justice topics such as identity politics and the constant claim that ‘gamers are dead,’ Sarkeesian added her voice to the chorus of those railing against the Hogwarts Legacy designer.

In a mocking parody of a statement given by Leavitt wherein he admits that Warner Bros. was aware of his YouTube channel prior to his hiring, Sarkeesian described Leavitt’s opinions as “hateful, misogynist, & regressive” and inferred that he should face punishment for holding said opinions, criticizing the fact that he was able “to continue being a successful game designer on a major project with no consequences.” 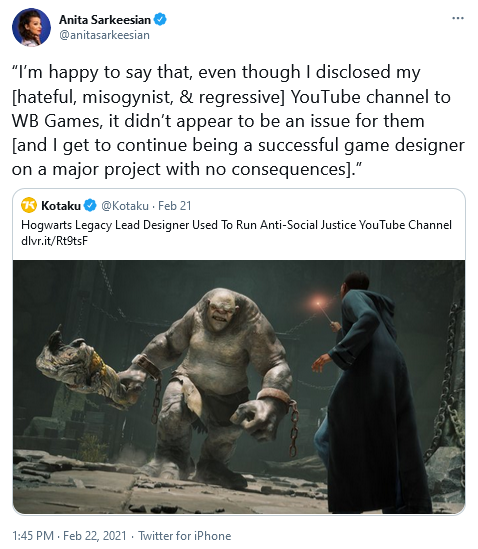 Soon after Sarkeesian published her tweet, it was seized upon by the official Twitter account of the CODE-CWA, who proceeded to question “how many workers [have] suffered because this type of toxicity has been allowed to go unchecked.” 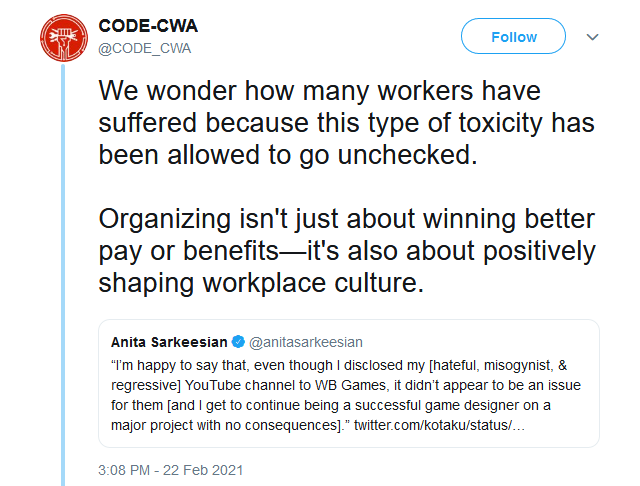 In a follow-up tweet, the CODE-CWA would encourage those “in the gaming industry [and] looking to organize for the workplace where everyone can thrive” to “hit us up.”

Launched in 2020 and self-described as “a new initiative by the Communications Workers of America (CWA) to support workers’ organizing efforts in the technology and game industries,” CODE-CWA is currently led by Emma Kinema, who once bragged that “Polygon actually went and published my Marxist tangent about workers creating all the value of our companies”. 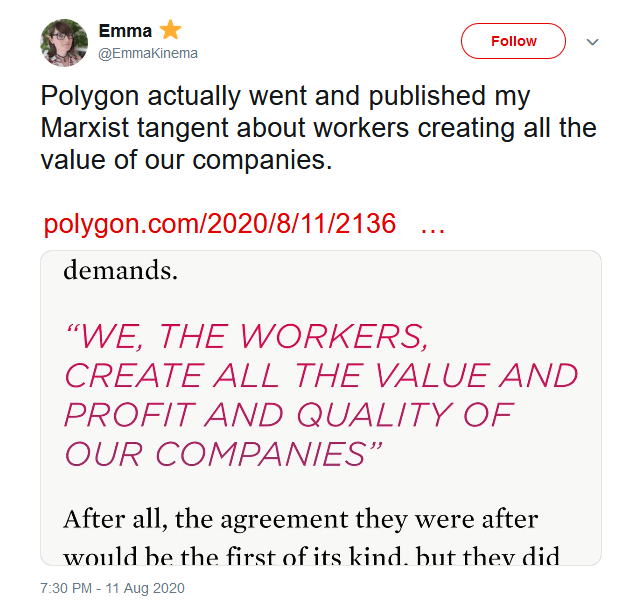 Archive LinkAnd Wes McEnany, who last year on Twitter echoed calls to not only “defund the police,” but to also “kick cops out of unions.” 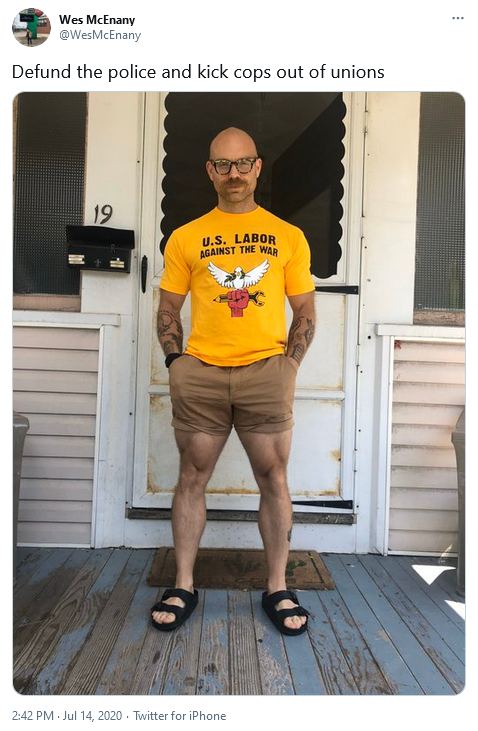 As of writing, the CODE-CWA has deleted their tweet endorsing Sarkeesian’s disingenuous description of Leavitt’s history.

What do you make of the CODE-CWA’s support of Sarkeesian? Let us know your thoughts on social media or in the comment down below!