Raya and the Last Dragon takes place in a dragon-shaped land known as Kumandra. Long ago, a “mindless plague” known as Druun mercilessly swept through Kumandra and turned nearly every person and every dragon to stone.

Human survivors split Kumandra into five different tribes and five different territories based on the part of the dragon they lived in; Fang, Heart, Tail, Spine, and Talon. The remaining dragon magic resided within an orb that the Heart Tribe, Raya’s tribe, had in their possession.

When the Heart Tribe attempts to reunite the other tribes and become Kumandra once more, the results are disastrous, as the orb is broken into five pieces and the tribes are left no closer to unifying. Six years later, Raya finds Sisu, the last surviving dragon and her only hope of restoring her dragon family and human civilization to what it once was.

The disheartening aspect of Raya and the Last Dragon is that, since most of its main cast is female and its story revolves around Asian peoples and their culture, it’s advertised as this groundbreaking animated film.

Diversity in all film genres, even outside of animation, is and should always be welcomed. Different cultures and folklore injected into what we’re already familiar with can result in unique and memorable experiences. That is often how both new fan favorites and financially successful films are born. 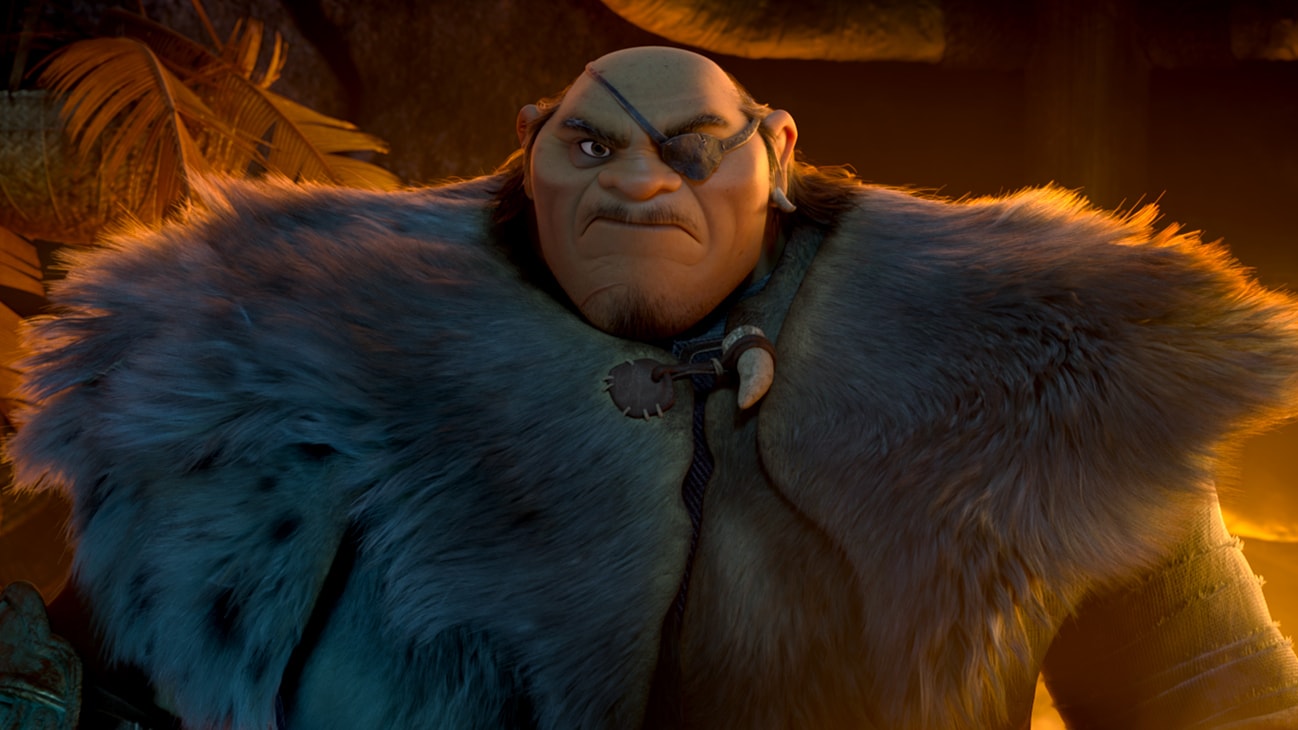 For those who aren’t familiar with the story of the Tower of Babel, all of civilization used to speak the same language until they tried to build a tower (or ladder) to heaven. Once God realized what they were doing, in order to punish them for their hubris. he separated everyone into different cultures all over the world and scrambled their one language into the hundreds we have today.

While the orb of dragon magic replaces the Tower of Babel in Raya and the Last Dragon, the story still features a civilization that is still similarly divided. Greed drives each individual as he or she wants to use the orb to better their tribe.

The point of the story is that unification is key to a better future, as the world is broken until trust is restored. However, the film takes far too long in bringing audiences to this conclusion, despite the lesson  staring you in the face throughout the entirety of the film’s hour and forty minute run time. 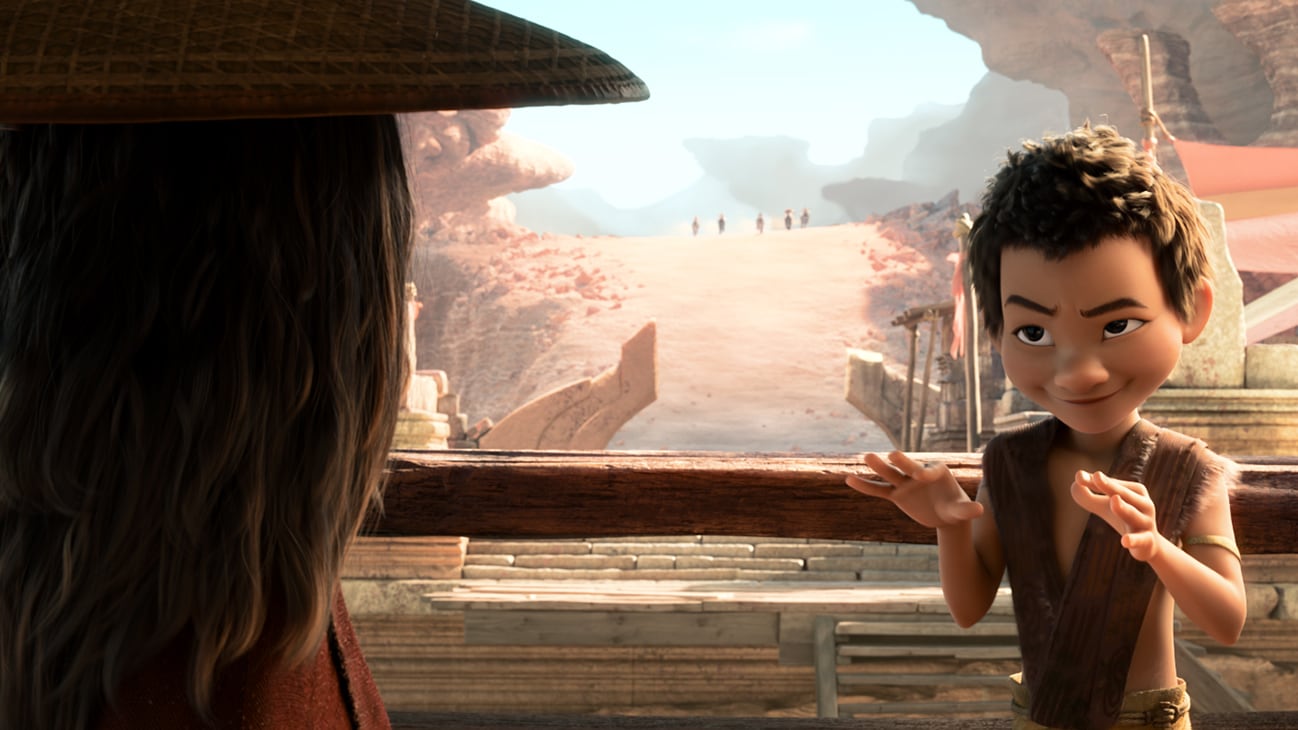 Not only is the lore familiar, but Raya and the Last Dragon is also both unimaginably predictable and overly formulaic as well. You can see character betrayals, and who might possibly be turned to stone next, as soon as certain characters are introduced on screen.

In regards to the film’s characters, Benedict Wong is the highlight of the film, hands down. He portrays a beefy eye-patched warrior named Tong who absolutely has some of the best one-liners of the film. “Your fear is like delicious nectar feeding the tum tum of my soul. Tastes like…mango.”

Conversely, Sisu herself is a huge disappointment. Awkwafina seems to do what she can with the material, but you can only do so much with a dragon whose only defined qualities are that she loves to swim and rhyme. However, her highlight is her best friends forever plan that almost makes you laugh out loud.

Most baffling of all is Tuk Tuk, a pill bug-armadillo-pug hybrid that, at the very least, serves as a mode of transportation (a roly poly unicycle).

Why every animated Disney film has to revolve around someone and their cute pet sidekick is beyond me, but it seems like Disney is afraid to tell an animated story without the assistance of a pet or animal that couldn’t easily be released as a Funko pop around the time of the film’s release. 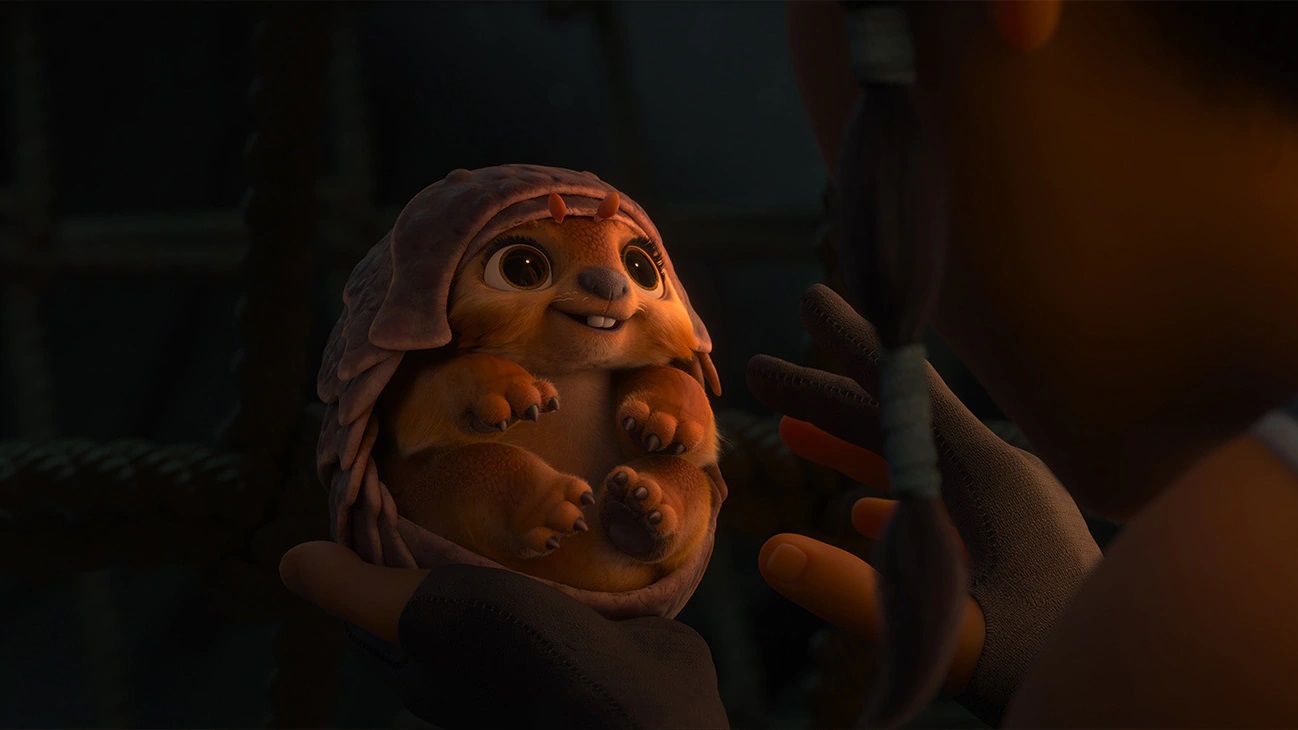 There are moments in Raya and the Last Dragon that are animated differently compared to the rest of the film. This style is utilized when Raya first introduces the other realms at the beginning of the film and when Boun is detailing the first wave of his plan near the end of the film.

It’s a cel shaded style with a heavier use of shadows; think Wind Waker or Breath of the Wild from The Legend of Zelda video game series. Not only does it look really cool, but it leaves you wishing that more of the film was animated in that style. 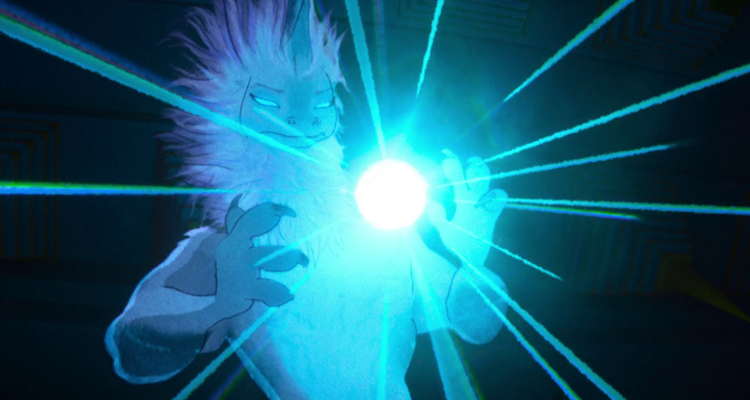 Outside of these moments, the majority of the animation in Raya and the Last Dragon is fine, but it doesn’t really impress you.

While elements such as water and hair look realsitic and amazing, with the rain sequences and anything with flowing water standing as the crown jewels of the film’s visuals, all computer-animated Disney films are beginning to look the same, as seen with Tangled, Moana, the Frozen films, and now Raya.

Maybe that’s done on purpose, but it takes some of the joy out of watching something when it looks almost indistinguishable from everything that came before it.

And though its blandness may have been be the result of studio interference from Disney, with the company possibly insisting that their films follow a certain formula or have a story that plays out a certain way,it seems like this is happening more and more with animated films.

If smaller animated productions like Wolfwalkers can couple Celtic lore with intriguing animation in a way that delivers a beautiful end-result, Disney really has no excuse for falling victim to cookie-cutter animation styles and failing to keeping its audience captivated. 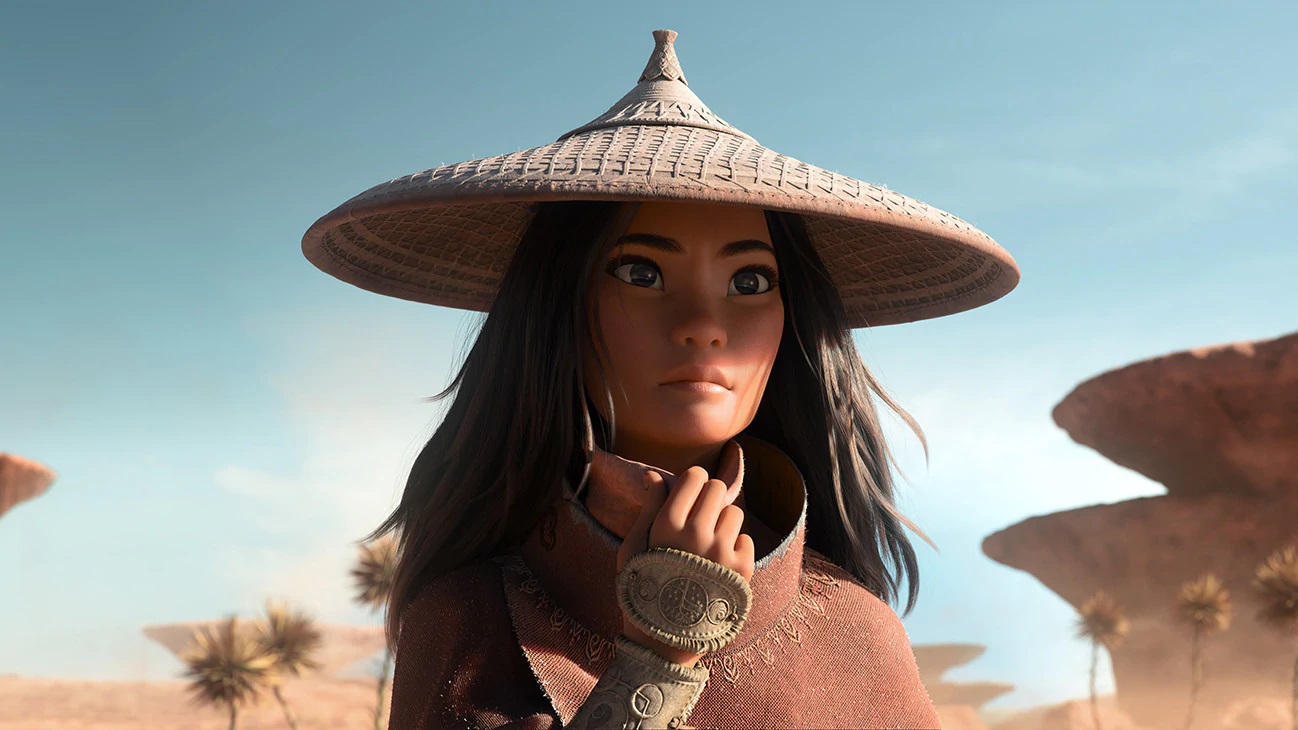 Raya and the Last Dragon is watchable, not to mention surrounded in rich traditions and intriguing folklore, but mediocre in its execution. The humor falls flat, the story is dull, and the film doesn’t allow its audience to really connect with the characters.

Perhaps worst of all, you never really end up sympathizing with Raya.Though you’ll mostly bear witness to the low points of her life, you’ll find that you aren’t all that invested because a happy ending is inevitable.

Even with the inclusion of lightning bugs that fart and explode when provoked, Raya and the Last Dragon is, at best, a lackluster animated movie that is nowhere near worth its ludicrous rental fee. 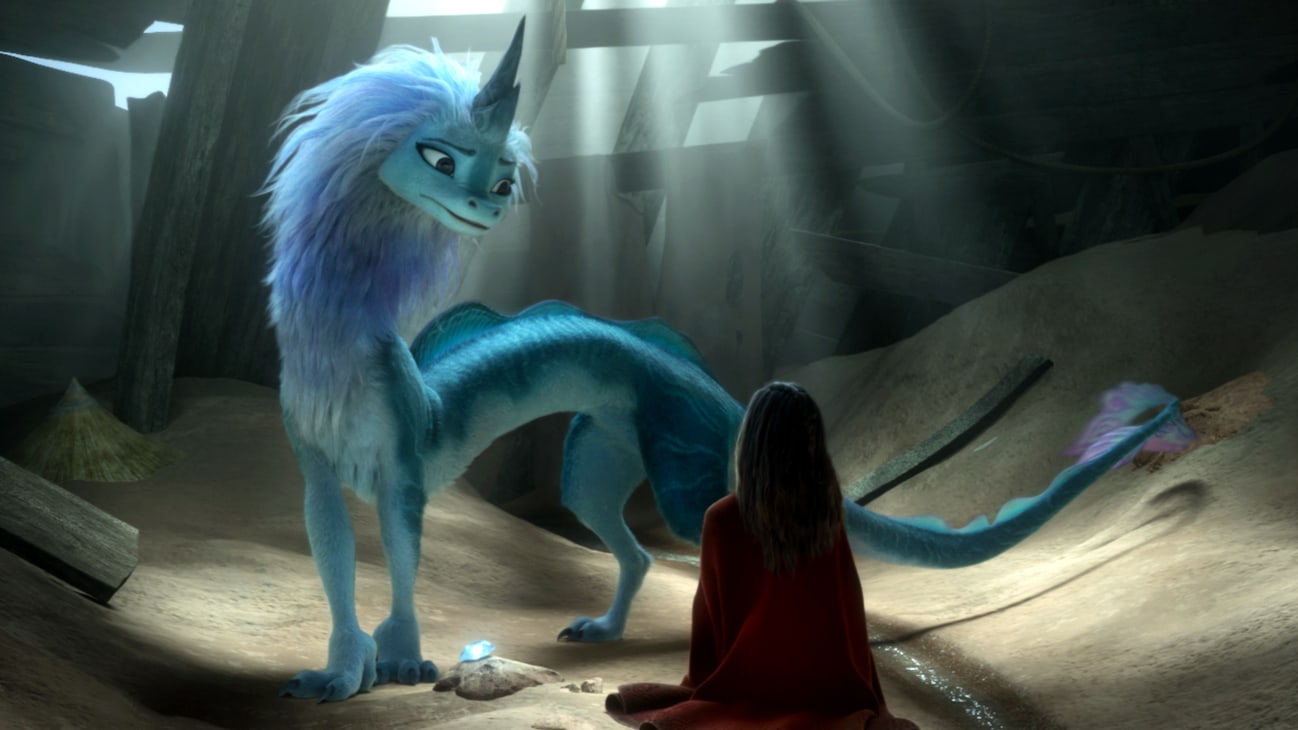 Raya and the Last Dragon is now available on demand on Disney+ for $29.99.