Box office tracking website Box Office Pro predicted Raya and the Last Dragon would rake in $12 million at the box office in its opening weekend. They cited strong Rotten Tomatoes reviews from critics, and claimed “Disney is a brand name that families have trusted for decades.”

As reported by The-Numbers, the film only opened to the tune of $8.5 million in North America and a mere $1.26 million at the worldwide box office.

Box Office Pro had previously only predicted Tom & Jerry to earn $5.6 million in its opening weekend at the box office. That means Tom & Jerry outperformed those predictions by over 150%!

Now, some people might claim that the reason Raya and the Last Dragon didn’t do as well as Tom & Jerry at the box office is because you can purchase it through Disney+ and watch at home.

That argument doesn’t hold any weight because Tom & Jerry is available to watch on HBO Max without the added $30 price tag that Disney+ is requiring for Raya and the Last Dragon.

What’s more likely is that Disney’s brand name among families has been significantly tarnished over the past couple years and has reached a peak recently with the unjust and despicable firing of Gina Carano.

A recent poll by conducted by Neil Newhouse of Public Opinion Strategies found in the wake of Disney firing Gina Carano, announcing significant changes to their Splash Mountain and Jungle Cruise rides at their parks, their opposition to pro-life legislation in Georgia, and their support of enslavement and torture in Communist China has seen the public turn on the company.

The poll found that “fully 60% of Americans say they have a less favorable impression of the company, and 58% say they are less likely to watch Disney programming.”

It’s quite possible those numbers are coming home to roost for Disney as people significantly chose to watch Tom & Jerry over Raya and the Last Dragon as the box office results show.

And maybe even more on that point is the fact that critics panned Tom & Jerry. The film has a 24% rotten critic score despite having an 84% Audience Score. 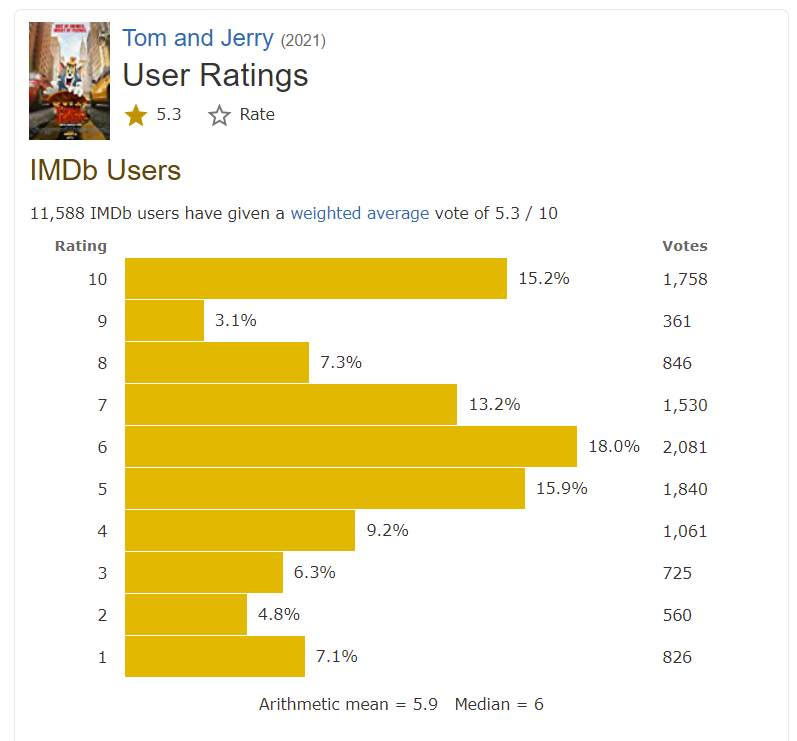 Meanwhile Raya and the Last Dragon received rave reviews from the critics receiving a 96% fresh score. It also received an 85% Audience Score similar to Tom & Jerry’s. 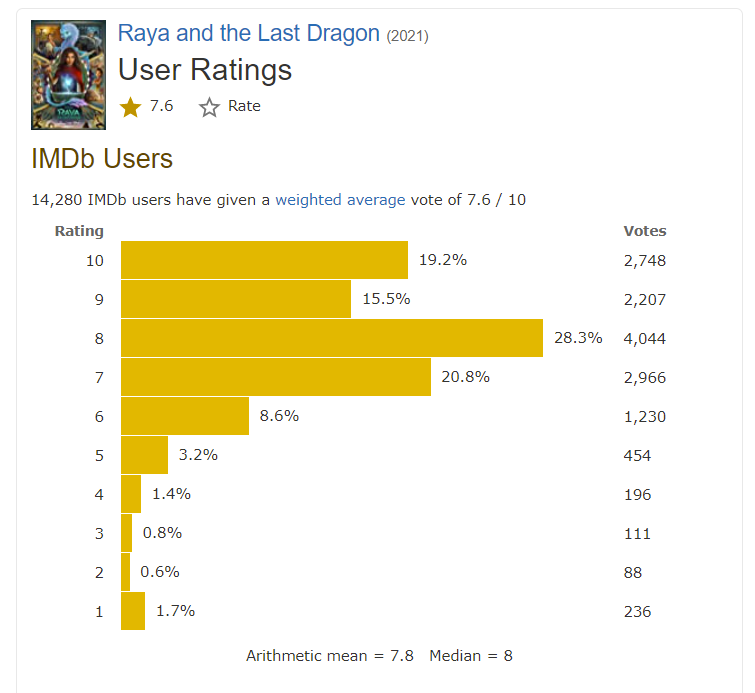 So, despite a slightly stronger audience score on Rotten Tomatoes and a pretty significant one on IMDB, people are still choosing to go see Tom & Jerry over Raya and the Last Dragon at the box office.

Not a good sign for Disney if the company and its shareholders actually care about box office returns and turning a profit.