Actress Olivia Munn has called for Cherokee County Sheriff’s Office Captain Jay Baker to be fired based on both the law enforcement officer’s social media posts and a misrepresentation of his statements given during a press conference following the arrest of the Atlanta-area spa shooting suspect. 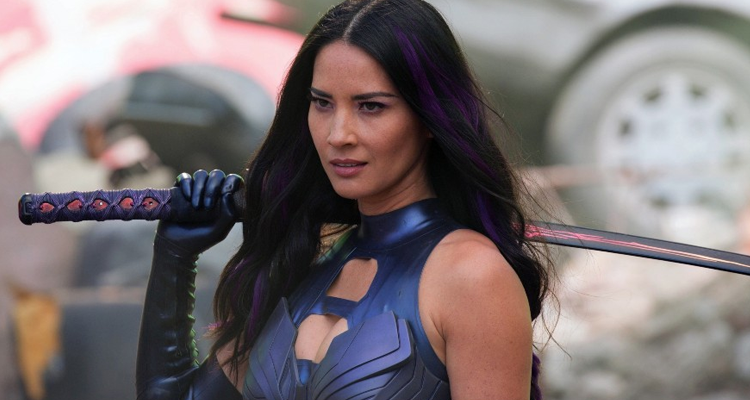 Addressing the press following the arrest of and initial conversations with the perpetrator who carried out the horrific string of attacks which left eight people dead, Baker was asked by a reporter if he had “a sense that [the suspect] understood the gravity of what he did.”

Baker responded, “When I spoke with investigators, that interviewed him this morning, they got that impression, that yes, he understood the gravity of it. And he was pretty much fed up, had been kind of at the end of his rope, and yesterday was a really bad day for him and this is what he did,” he continued.

The reporter would ask a follow-up question saying, “Remorseful?” Baker responded, “I don’t know if he was remorseful or not.”

Baker’s statements were soon brought to widespread attention by Vox journalist Aaron Rupar, who shared to Twitter a partial clip of Baker speaking with reporters, starting with his noting that the suspect had been spoken to that morning.

Despite Baker clearly relaying the words of the suspect, as told to him by investigators, Rupar asserted in his tweet that he had “[explained the suspect’s] decision to kill 8 people in a strange manner.”

Whether intentional or not, Rupar’s tweet was cited by many as proof that Baker had downplayed the severity of the suspect’s actions, with many accusing him of doing so due to the suspect being white. 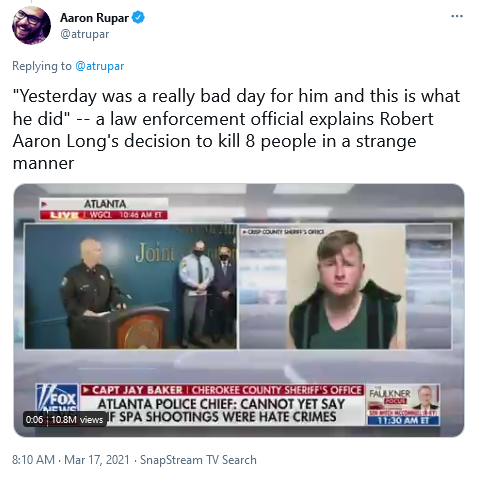 Shortly after speaking at the press conference, Baker found himself the subject of even further ire from social media users, as critics took issue with his ownership of what they believed to be a racist t-shirt.

“Covid-19” reads the t-shirt’s most prominent graphic, written in the Corona beer font in a parody of the subfamily of virus’ to which the particular strain belongs. Below it are the words “Imported From Chy-Na,” a reference to the vocal inflection with which President Donald Trump says the name of the far-east country. 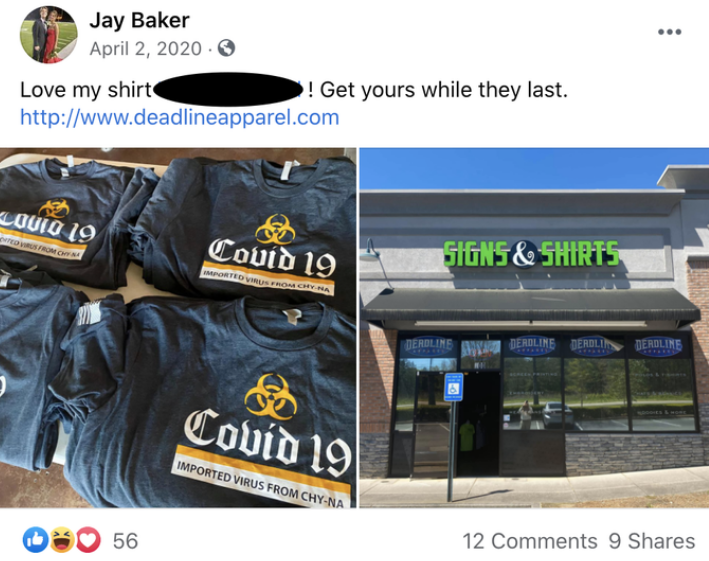 “Capt. Jay Baker, you need to remove yourself from investigating this,” wrote gun violence activist Fred Guttenberg, whose tweet on the subject was one of the more widespread amongst Twitter users. “Your efforts to humanize the killer & suggest the shooting was not a hate crime are troubling now that we know you promoted this racist view.” 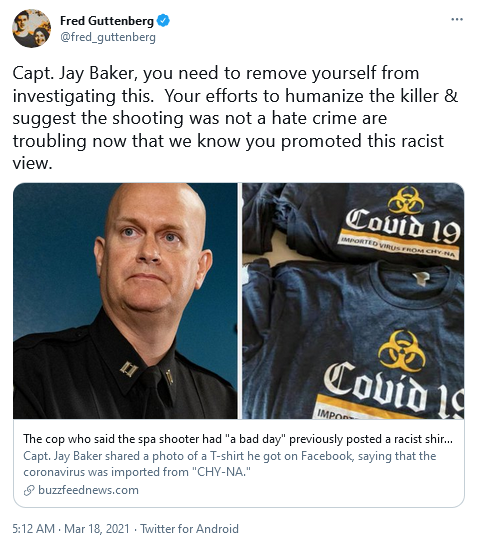 Munn, best known for her tenure as the host of G4’s Attack of the Show and her role as Psylocke in X-Men: Apocalypse, would join the conversation after taking note of Guttenberg’s tweet, retweeting it to her personal Twitter account on March 18th and writing, “How is he still a cop?? There’s no way we can trust that he can protect and serve ALL.” 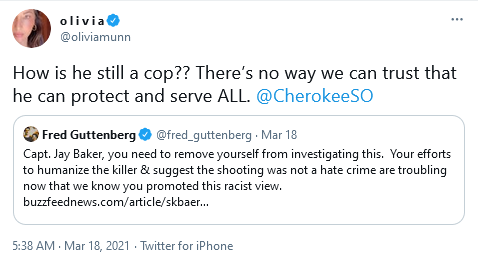 “Do we have a statement from @CherokeeSO about Capt. Jay Baker’s racist FB posts?”, Munn asked in a follow-up tweet. “I’m sure he’s having a really bad day, but we deserve a response.”

In an appearance on MSNBC’s Andrea Mitchell Reports that same day, Munn would tell the show’s eponymous host, “to hear this captain actually try to humanize the shooter in this way, it just dehumanizes all of the victims.”

“Then to find out that he had been posting racist Facebook posts about blaming the pandemic on China,” she continued. “I don’t even know why this guy still has a job.” 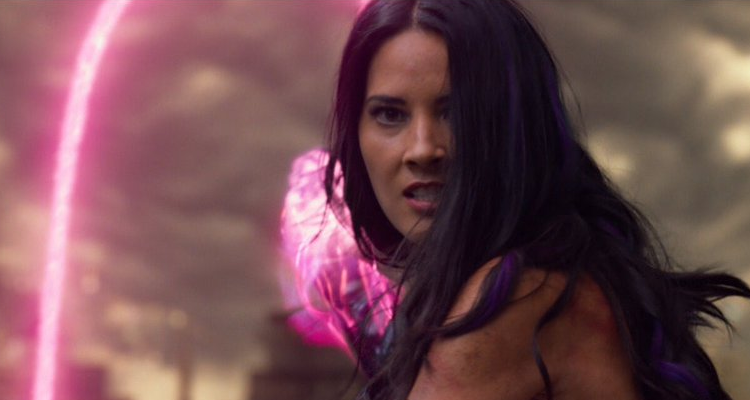 Munn then noted “He made those posts in April 2020. Today after everybody saw this, the sheriff’s department removed those posts. We still have the receipts and know what was done.”

The actress would continue to ascribe the suspect’s words to Baker, saying “The fact that this guy was up there on this platform and giving all these excuses for the shooter without letting the investigation play out is just mind-boggling, but it makes so much sense once you see where he stands.”

“He is a racist,” she accused. “He shouldn’t have that job. How can he protect and serve all of us when he has viewpoints and hates a large portion of us?”

In response to the outrage directed towards his statements and his t-shirt, and not specifically Munn’s own efforts, the Cherokee County Sheriff’s Office has since removed Baker from the case.