DC’s Infinite Frontier begets a new Suicide Squad led by Peacemaker, a creative choice no doubt made so as to be consonant with James Gunn’s upcoming cinematic quasi-reboot, but the team’s real muscle is another asset Amanda Waller has managed to get control of. 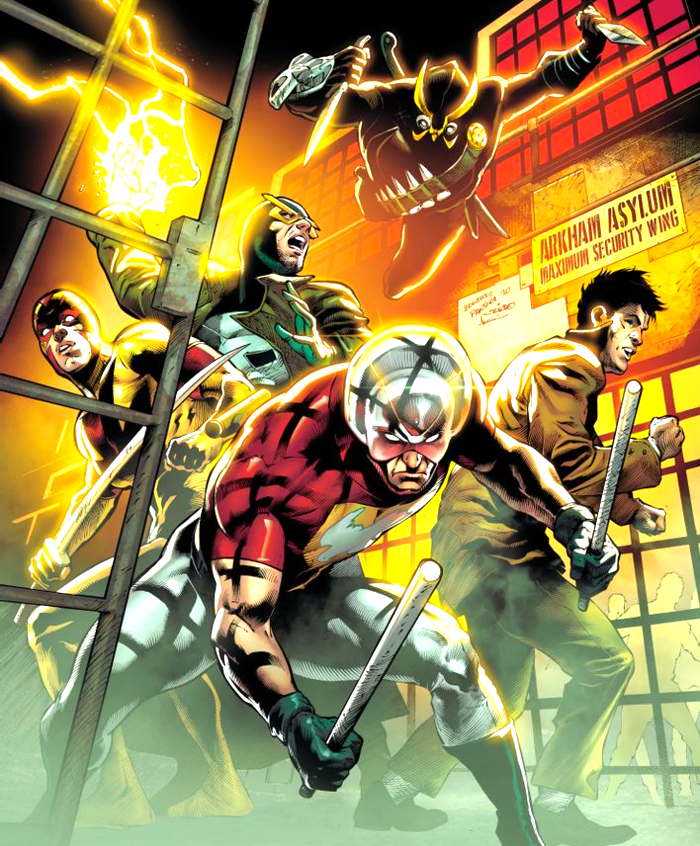 Super-clone Connor Kent, better known as Superboy, is now working with the Squad. However, his membership is not entirely absent of coercion, as Waller is using kryptonite to keep him in line. Plenty of eyes will probably roll at that premise, yet one can’t completely write it off as unprecedented.

Superboy has a meager history of going on missions with Task Force X dating back to a time post-Crisis on Infinite Earth, dead-center in the aftermath of Reign of the Supermen. In issue #13 of his 90s solo series, Connor joins an ensemble of the Squad, whose members include Deadshot, Captain Boomerang, and King Shark, on a mission to neutralize the threat of Lady Dragon and the Silicon Dragons. 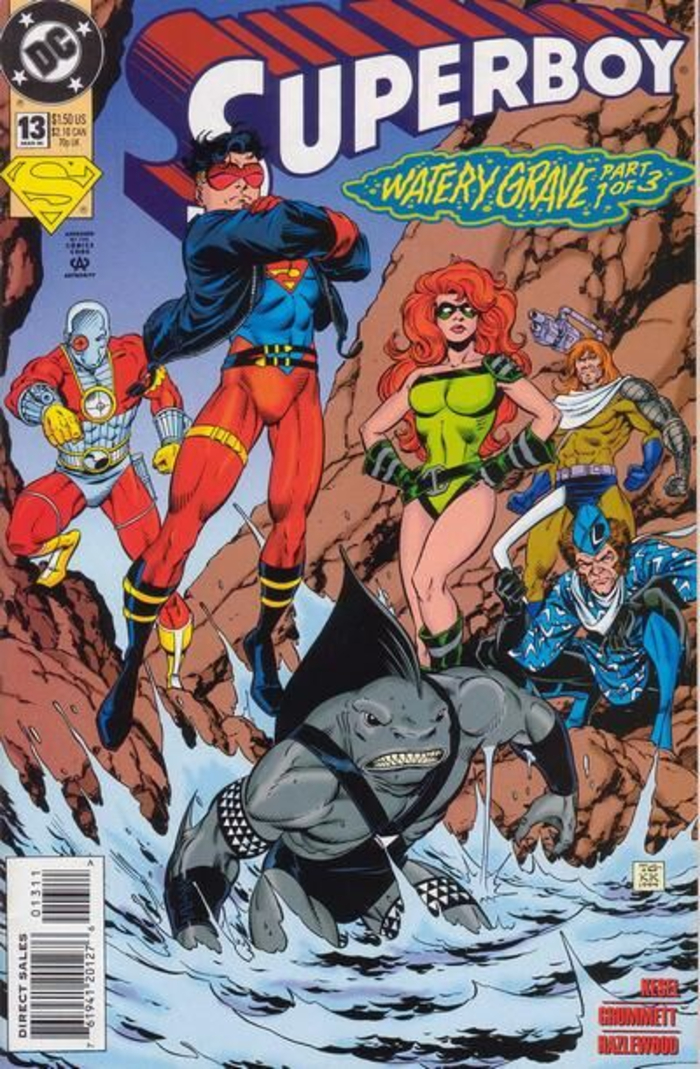 The mission, mired in deception, ends in a literal bang when Lady Dragon’s hideout blows sky high, in a series of unfortunate events that causes Superboy to contemplate the existential evil of the Suicide Squad.

Fast forward to today and the present relaunch, Connor’s conscription into a group he has qualms with isn’t the grievance certain media is submitting.

A recent Screen Rant article, titled “Suicide Squad’s Superboy Twist is What’s Wrong with Modern Comics,” argues that Superboy’s joining of Task Force X is symptomatic of the real undying issue at hand currently plaguing DC and Marvel: their tendencies to ignore established continuity whenever they feel like it. 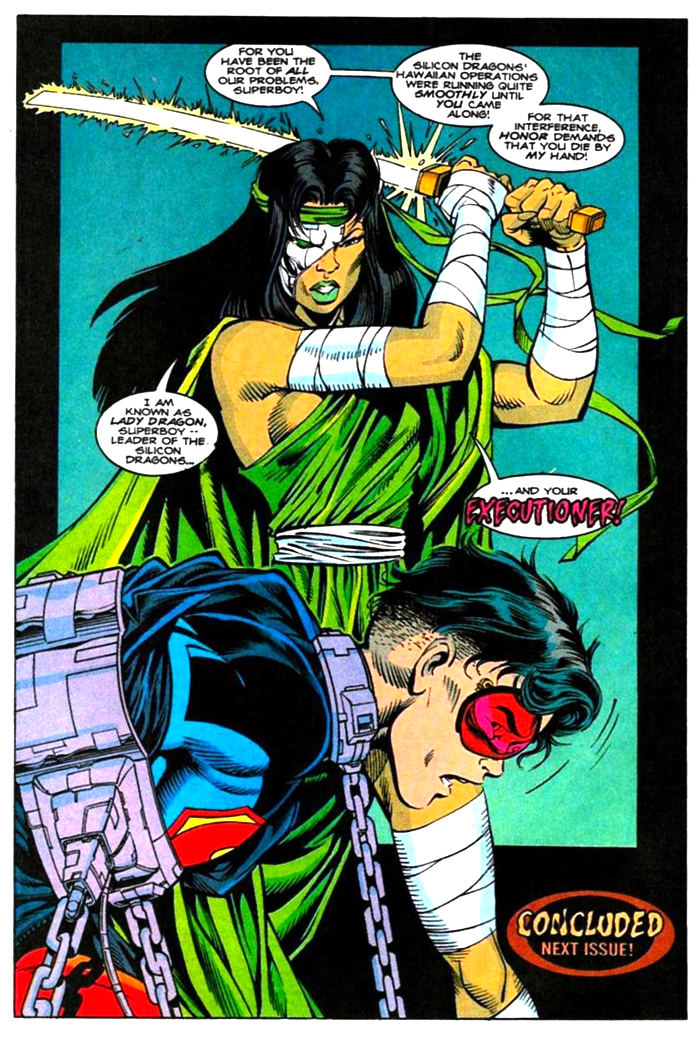 Granted, DC having a Crisis event makes anything fair game, but writers invest time, passion, and energy – ideally anyway – into crafting stories intended as meaningful turns for the character they’re assigned to.

In his piece, Screen Rant writer Matthew Kimball points to the parallel continuity of stories such as Tom King’s Batman/Catwoman and Grant Morrison’s X-Men, noting that they were essentially “retconned out of existence.” 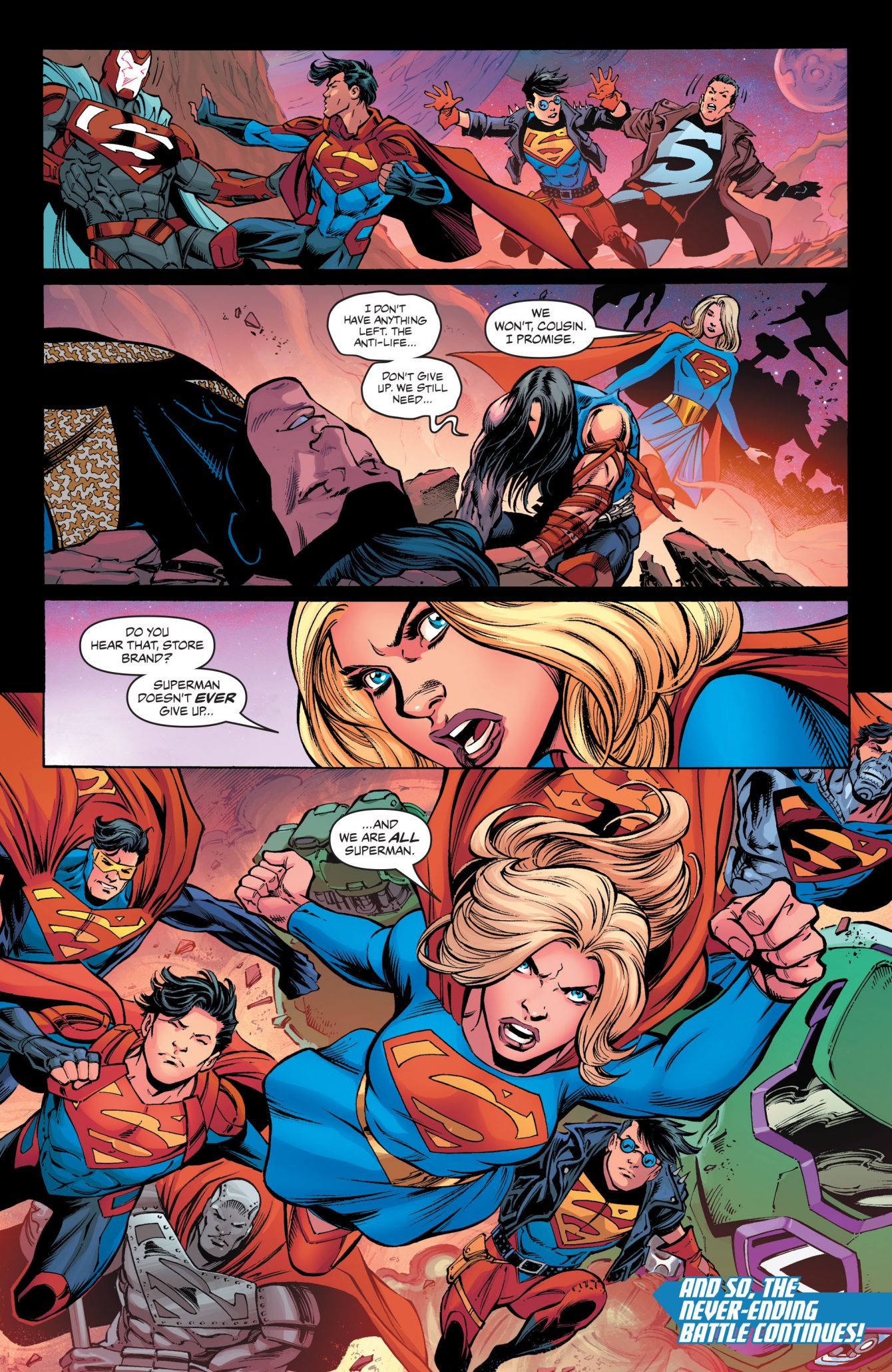 However, he keeps the emphasis firmly on Connor Kent, and specifically, the newly reestablished relationship between Connor and Superman as brought briefly back into canon by Brian Michael Bendis during his run on Action Comics.

“But the problem with tying Conner Kent to Suicide Squad like this is the same problem both Marvel and DC have with continuity-they keep ignoring the status quo that was set up by old writers,” wrote Kimball. 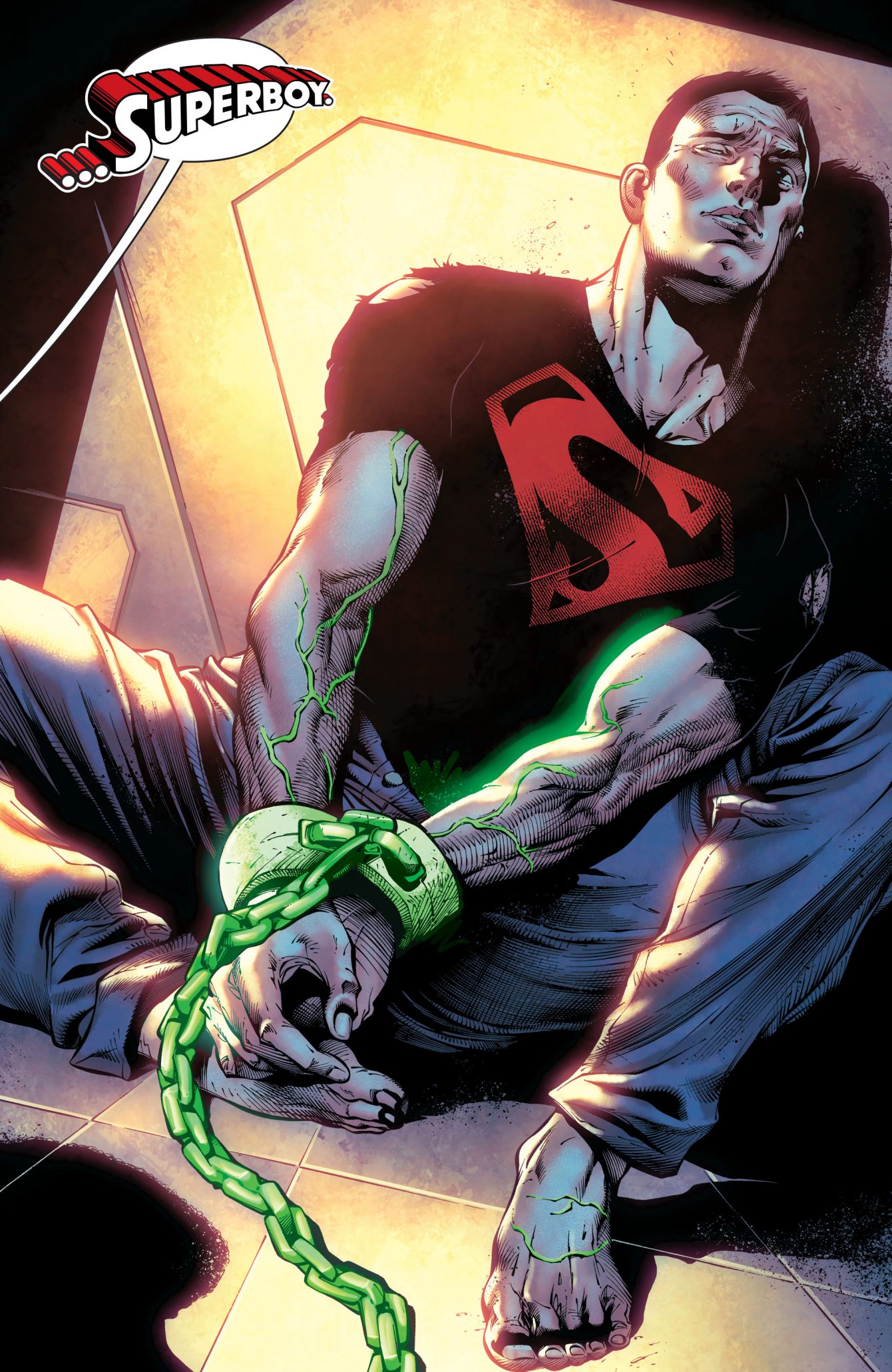 Related Review: Superman & Lois Episode 3 – The Perks of Not Being a Wallflower – It’s Hard Out Here For A Dad

“In the case of Superboy,” he continued, “putting Conner Kent on the Suicide Squad is a major blow to the new status quo that writer Brian Michael Bendis created as he left Action Comics.”

Long story short, Connor was reintroduced by Bendis and Clark suddenly remembered all their history again. Though Bendis pushed for this to be the new status quo and may have wanted other writers to explore this plot twist, that’s unlikely to happen with Connor suddenly a member of Waller’s rank-and-file – assuming Bendis’ restored canon is still in play. 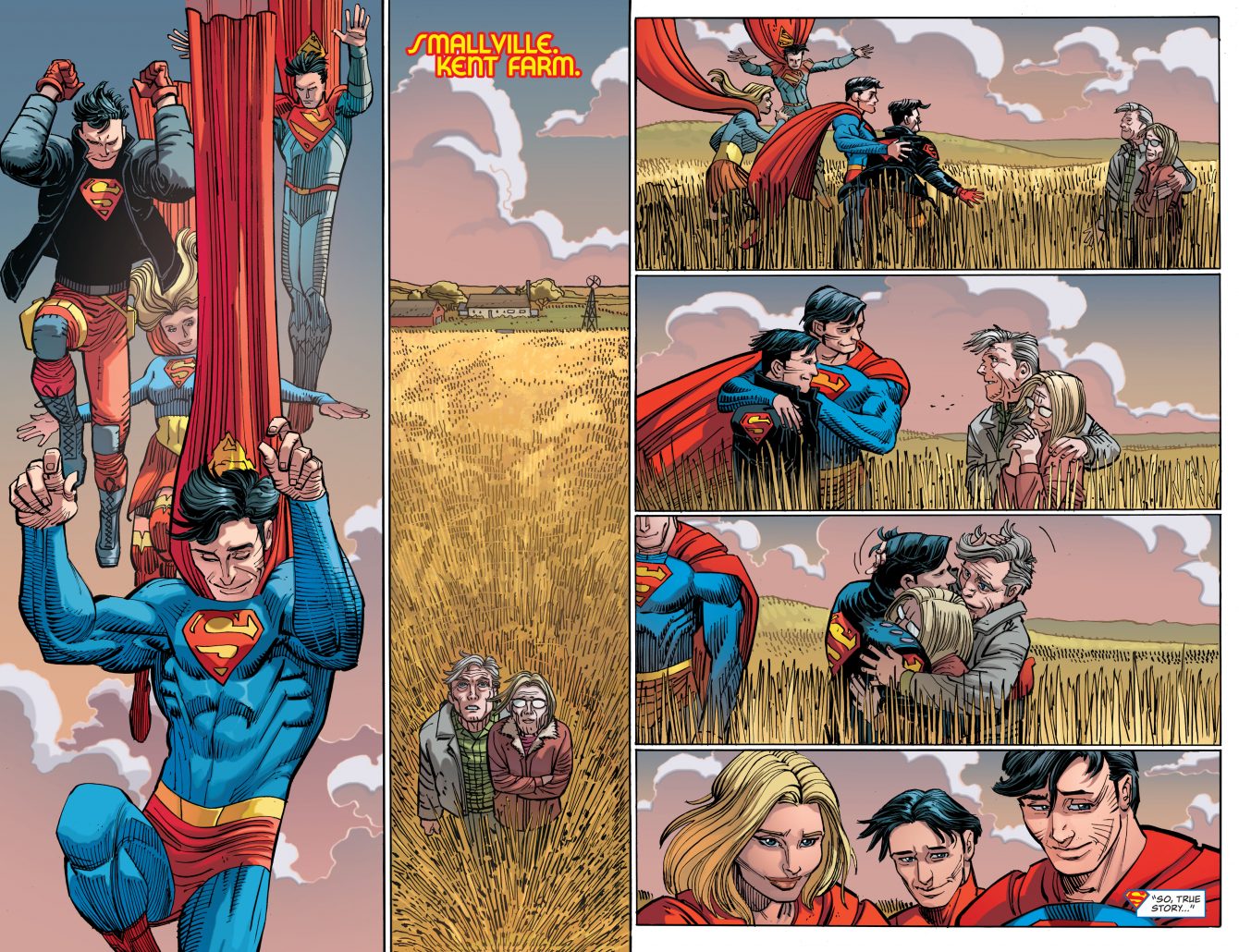 “Comic books existing in a shared universe can provide many opportunities for writers to improve on one another’s ideas,” Kimball concluded. “But a shared universe of characters can only work if there is actual continuity between writers.”

Many fans will agree with the conclusion drawn, and therein lies the real rub. Without meaning to, Screen Rant is treading on the edges of common ground with ComicsGate and the number of comic book fans who regularly decry their favorite characters being rewritten to score woke points or tell a pointless and senseless yet politically motivated story. 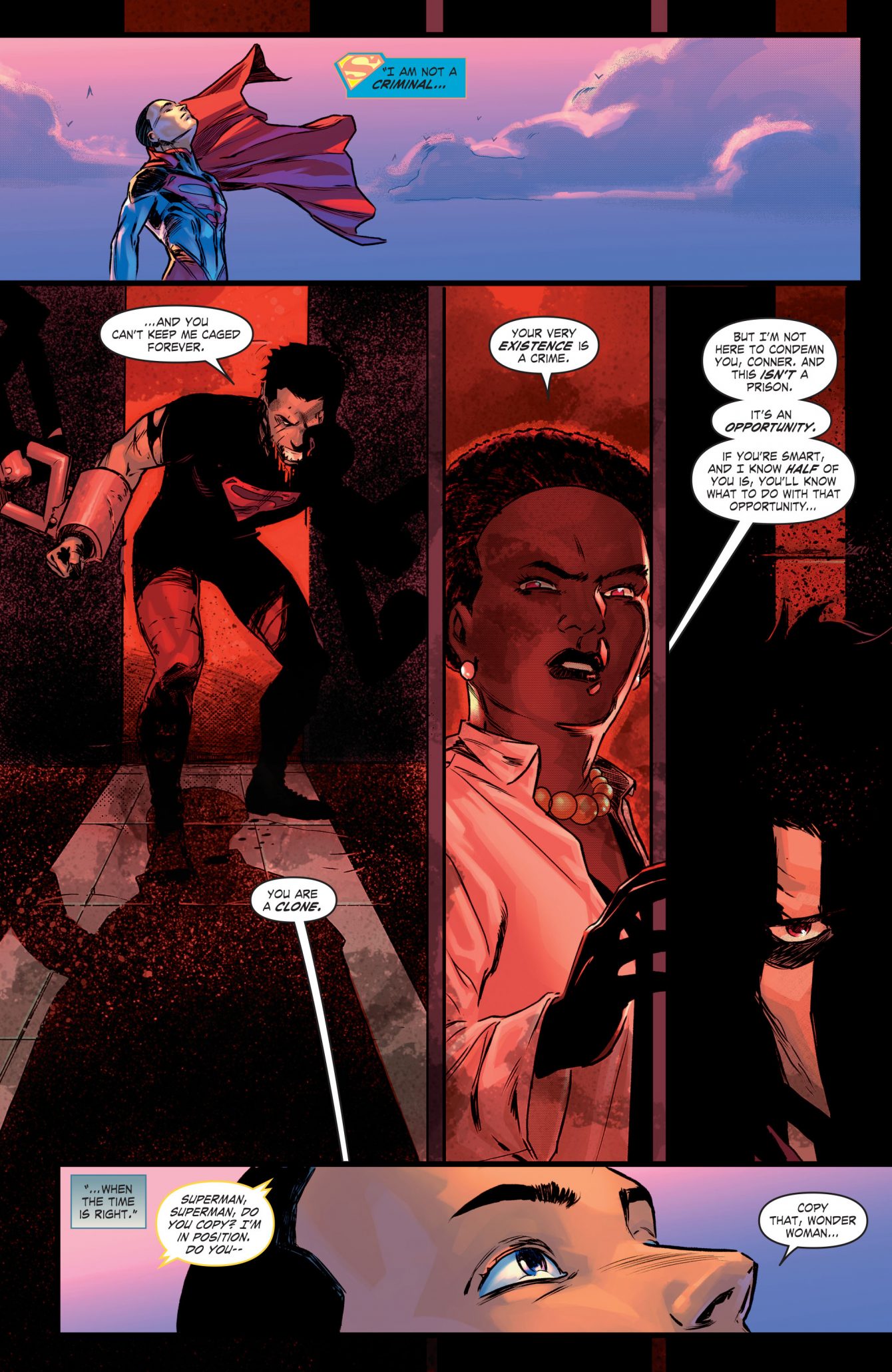 CG can shine a spotlight on the same problem with modern comics, but will be called every name in the book for doing so. Why? Because the so-called “mobs” and “toxic fans” tend to finish the thought and diagnose the real problem? Maybe, and if such is the case, that’s what enrages the Cathedral and really upsets status quos.

What do you make of Screen Rant’s argument against Conner’s membership in the Suicide Squad? Let us know your thoughts on social media or in the comments down below!