Veteran comic book artist Aaron Lopresti has revealed that Dynamite Entertainment required him to censor his original cover to James Bond: Agent of Spectre in order to avoid portraying the eponymous secret agent as “a sexist character.”

Lopresti, whose work includes stints on Justice League and Incredible Hulk, informed his viewers of the censorship during a March 28th episode of Aaron Live!, the artists’ self-titled and regularly held live stream.

Continuing the breakdown of his cover art history that he had been exploring throughout a number of his most recent live streams, Lopresti eventually turned to his cover for the upcoming third issue of Dynamite’s James Bond: Agent of Spectre series, which he noted to be a “take-off on [Jim] Steranko’s, I believe it’s [Nick Fury, Agent of] S.H.I.E.L.D. #4”. 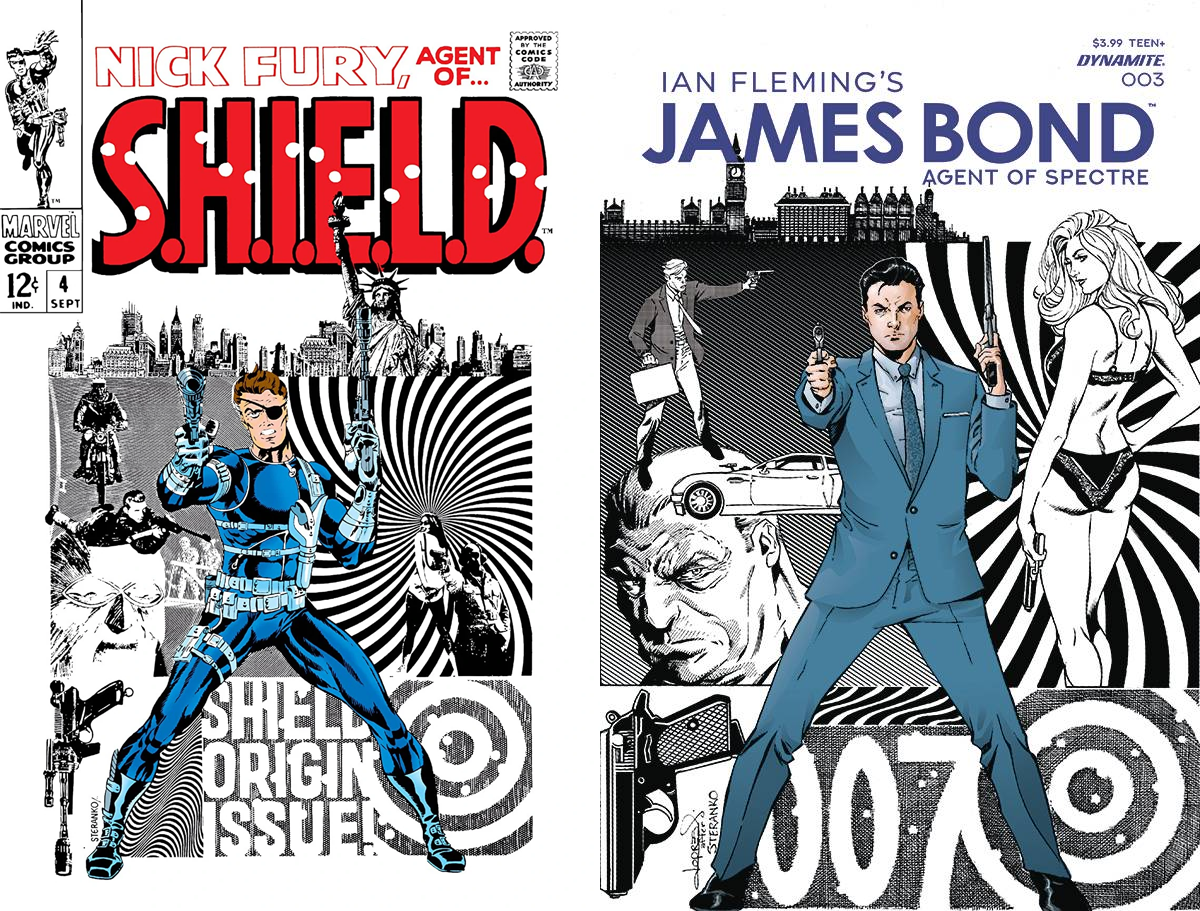 Lopresti then revealed that, despite the sheer quality of the work and the specific request by a Dynamite editor for the piece to homage Steranko, the same editor eventually demanded that the scantily-clad woman to Bond’s left be covered up.

“See the girl in the underwear? Apparently, the James Bond people getting all ‘woke’ and all, they don’t want to show James Bond being a sexist character anymore so they don’t want anymore girls in bikinis or underwears on the covers, and all that kind of stuff,” explained Lopresti, who then admitted that he is now being required “to put a dress on her.”

“I have to do that this week,” he concluded. “Photoshop a dress over her to cover her up.” 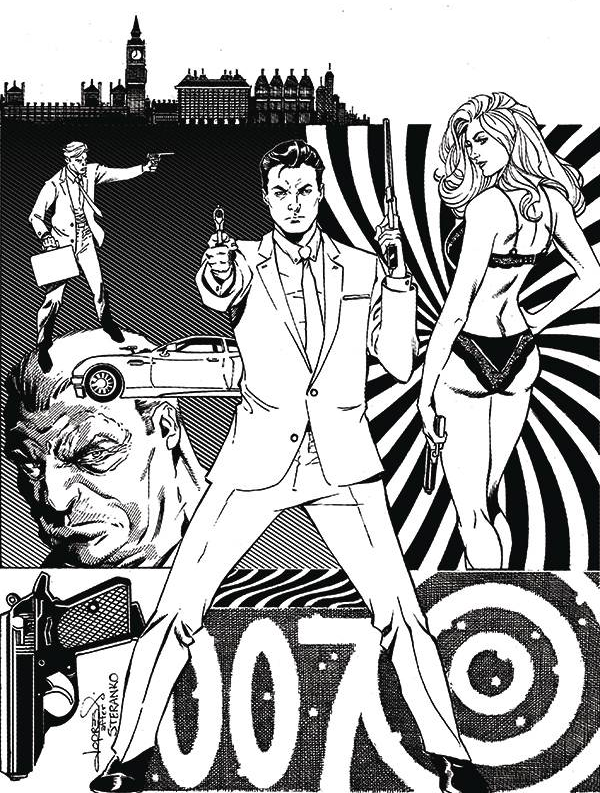 Curiously, it appears that the Dynamite editor’s request came sometime after the cover was revealed to the public, as Lopresti’s uncensored version appears on previews for the title found at various outlets, including Amazon and Previews World.

James Bond: Agent of Spectre #3, featuring Lopresti’s soon-to-be-censored cover, is set to release on May 5th, 2021.

What do you make of Lopresti’s James Bond cover being censored? Let us know your thoughts on social media or in the comments down below!