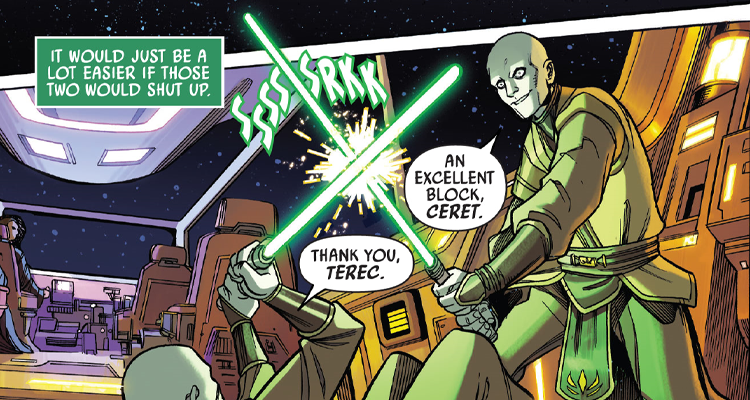 Related: YouTube Under Fire After Announcing That Public Dislikes Will Be Hidden, Some Content Creators Speculate Disney/Star Wars Is To Blame

Drawn by Marvel Comics artist Javier Garrón, the variant cover features Terec and Ceret, green-bladed lightsabers in hand, set against a purple-hued space background. In the foreground, a pair of what appear to be High Republic-era T-1 shuttles can be seen flying by. 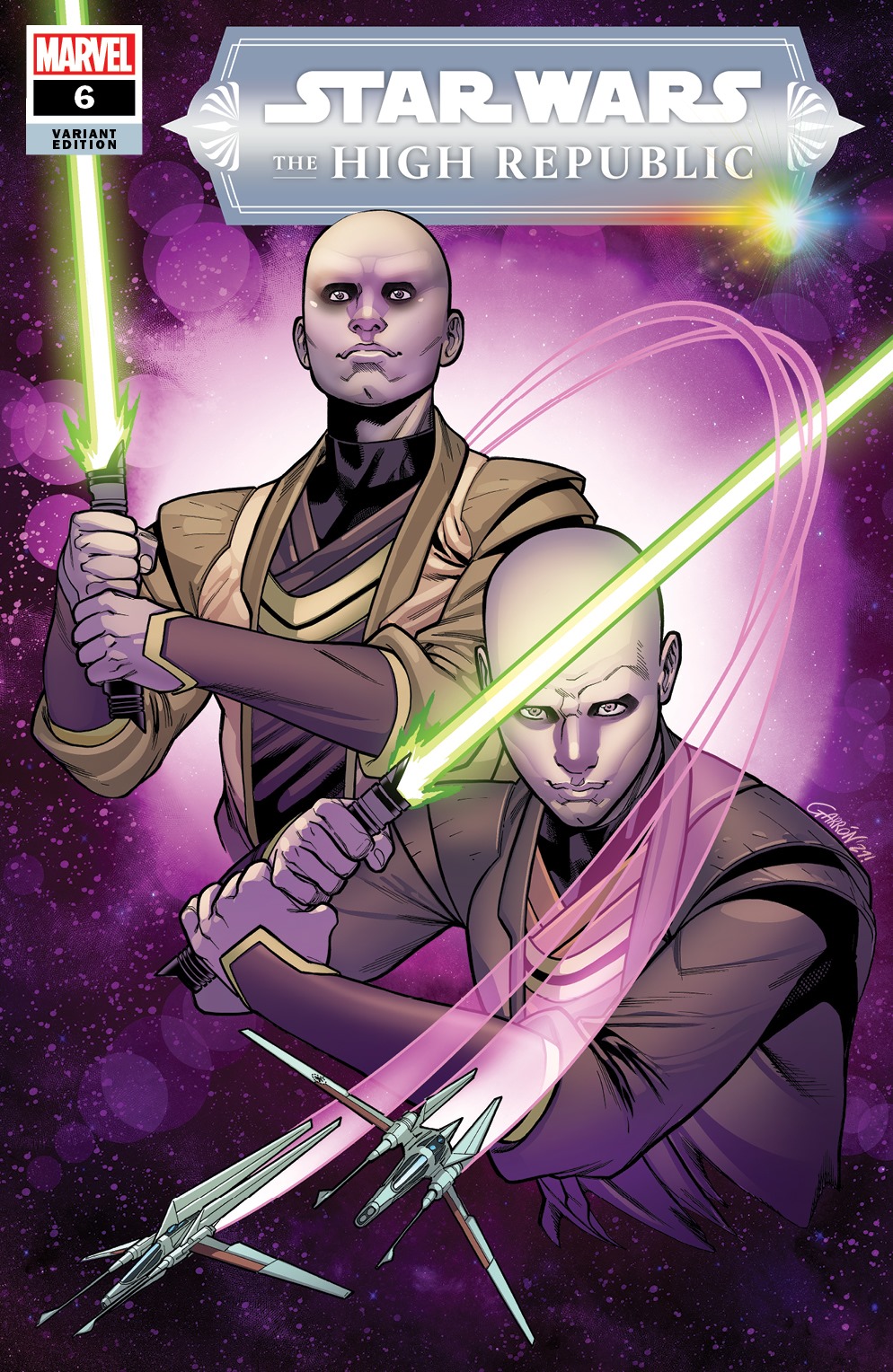 Alongside the cover, Star Wars’ official social media accounts (with the curious exception of their Twitter) wrote, “We support trans lives and we are passionate and committed to broadening our representation in a galaxy far far way #TDOV”. 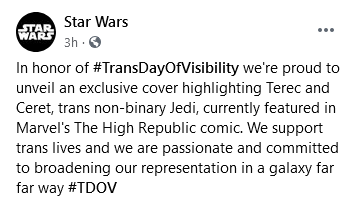 Related: Star Wars: The High Republic Is An Absolute Embarrassment, New Character Is Just A Rock

A pair of Force-wielding Kotab bond-twins, Terec and Ceret were first introduced in the second issue of Marvel Comics’ Star Wars: The High Republic series as members of the High Republic-era Jedi Order.

Though this issue featured an in-universe confirmation of their non-binary gender, wherein Avar Kriss clarifies to fellow Jedi Vernestra Rwoh that the pair’s pronouns are “they” rather than “he”, the social media posts made in honor of the International Transgender Day of Visibility stand as the first official confirmation of the twins’ transgender identity. 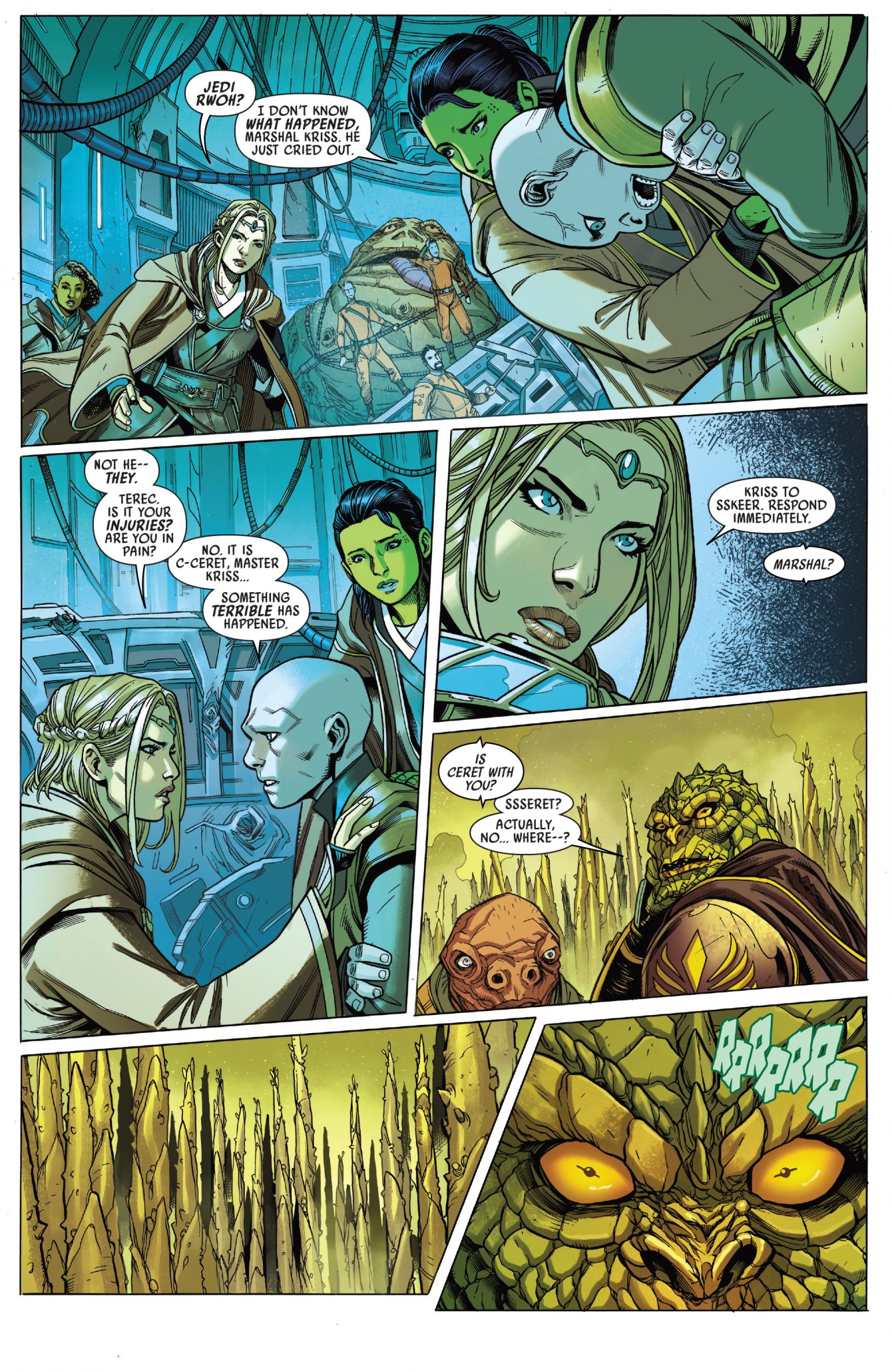 Regarding the absence of the announcement on Twitter, user @DataRacer117 shared his belief that Star Wars “posted this on Facebook so you have to use your personal account to call them out” in order to dissuade backlash and criticism by opening up users to being “doxxed & harassed by radical activists for your ‘bigotry.’”

“Don’t fall for it [Fandom Menace],” he warned in conclusion, speaking directly to the Star Wars fan movement. 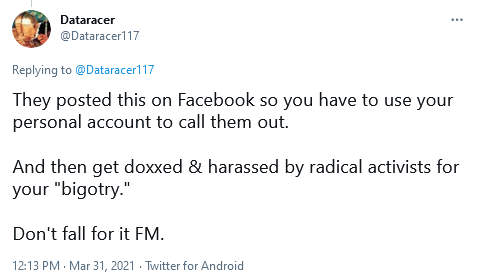 What do you make of Star Wars’ confirmation of Terec and Ceret’s identities? Let us know your thoughts on social media or in the comments down below!