Recently released set photos from the set of The CW’s live-action Powerpuff Girls have given audiences their first underwhelming glimpse at the older iterations of the superhero trio. 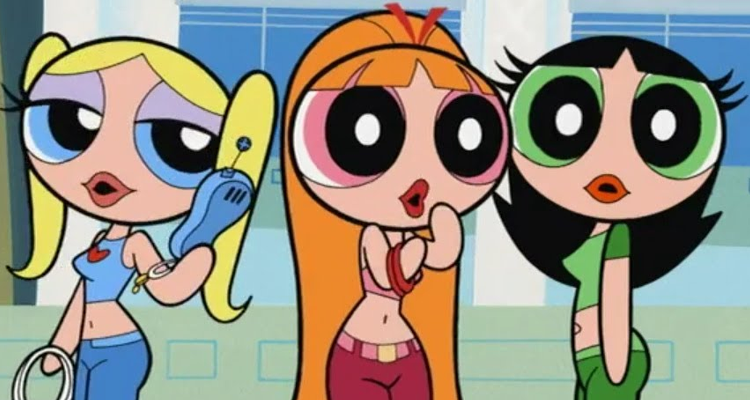 The set photos, first revealed by TMZ, show Blossom, Bubbles, and Buttercup, played as adults by Dove Cameron (Descendants), Chloe Bennett (Agents of S.H.I.E.L.D.), and Yana Perrault, respectively, standing together outside of a suburban home, most likely their own.

Noticeably, the three are wearing their original costumes, which consist of simple colored dresses, black belts, and white kneesocks.

Alongside the Powerpuff Girls themselves, Donald Faison (Scrubs) can also be seen on set, acting in his recently announced role of the girls’ creator and father, Professor Utonium. 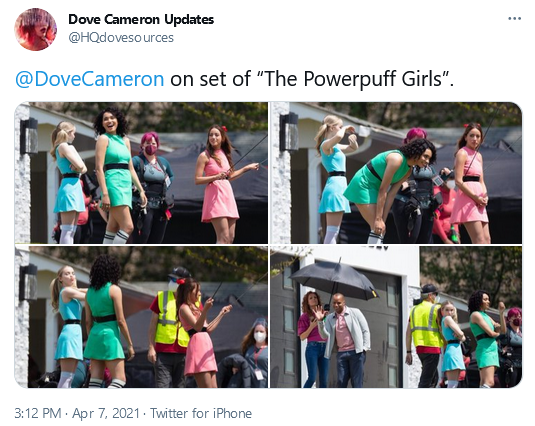 In a small clip shared by TMZ, Bennett is shown taking to the air from a standing start, with Cameron and Peralta running alongside her, presumably preparing to fly themselves.

While these set photos were almost assuredly released to build hype for the upcoming series, unfortunately for The CW, they have instead received a less-than-warm reception from potential audiences. 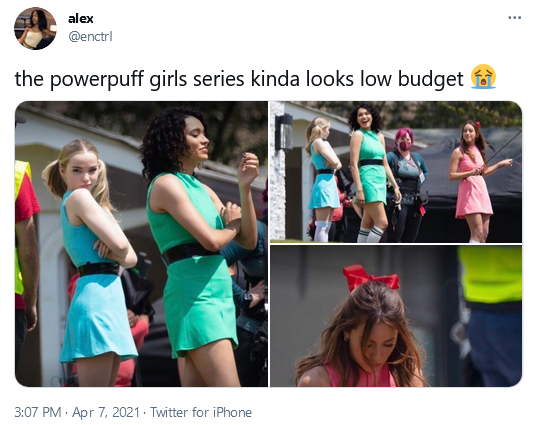 “These party city dresses aren’t even ironed,” she added. 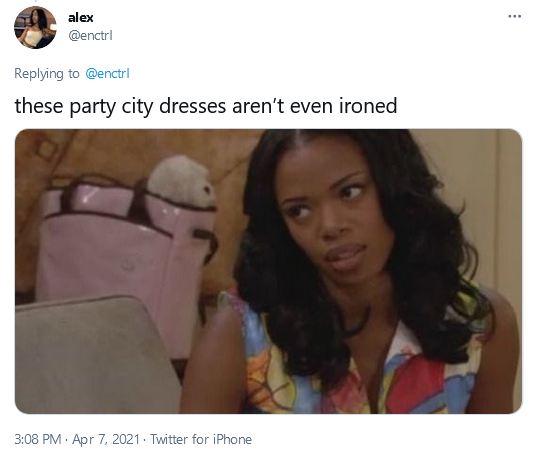 @OOCCouchGags wrote, “If this is what the Powerpuff Girls look like, god knows what the Professor and Mojo Jojo will be like.” 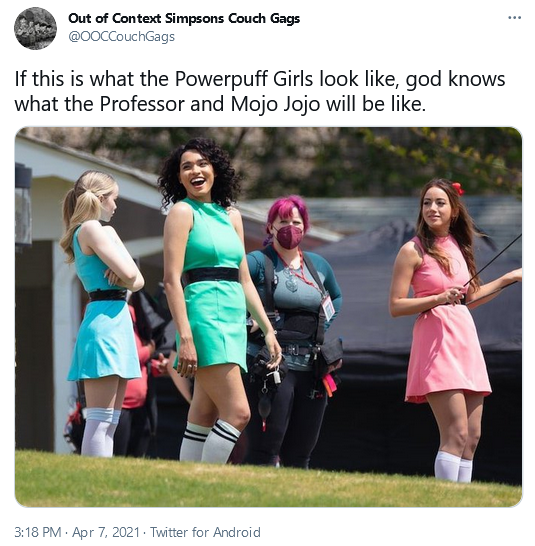 “So the costumes for the #PowerPuffGirls/#PPG live action show coming to the CW has been revealed and… WOW, they’re not even trying!” exclaimed @KCruzer64. “This isn’t low budget, this is NO budget!” 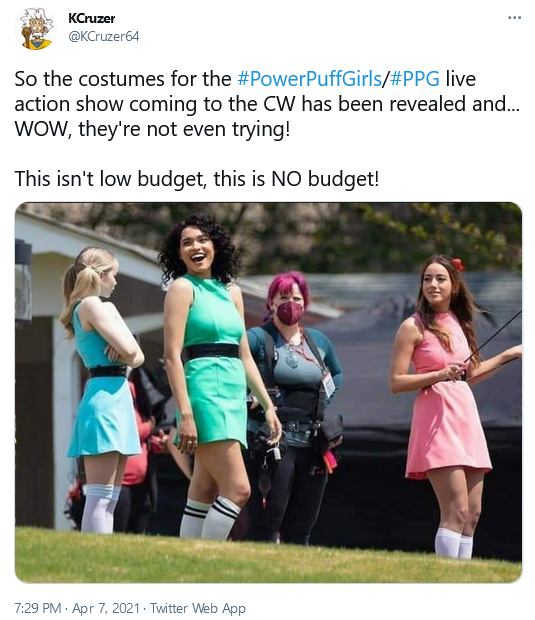 What do you make of this first look at the live-action Powerpuff Girls? Let us know your thoughts on social media or in the comments down below!