The CW’s Batwoman ratings slightly recovered with the release of episode 10 “Time Off For Good Behavior” following episode 9 posting the worst ratings the show has ever seen.

“Time Off For Good Behavior” was viewed by 500,000 people and a .10 rating in the 18-49 demographic according to fast affiliate ratings from The Nielsen Company and subsequently shared to TV Series Finale.

The 18-49 demographic rating stayed stagnant at an abysmal .10 from the previous week, but total viewership did increase almost 15% from the show’s absolute worst numbers of 435,000 in episode 9.

That means just one season later the show’s total viewership declined by nearly 37%. The ratings dip in the 18-49 demographic was 50%. 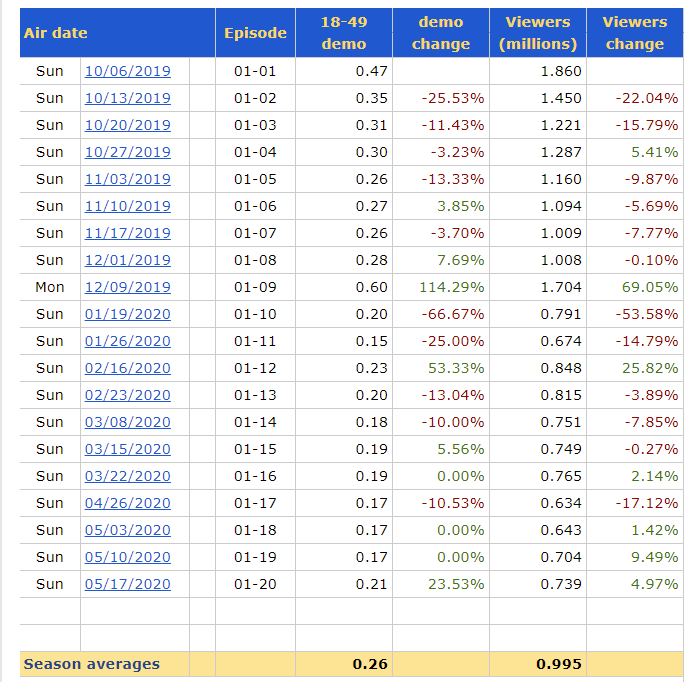 As far as audience ratings, the show has dipped one percentage point since the sixth episode on Rotten Tomatoes. 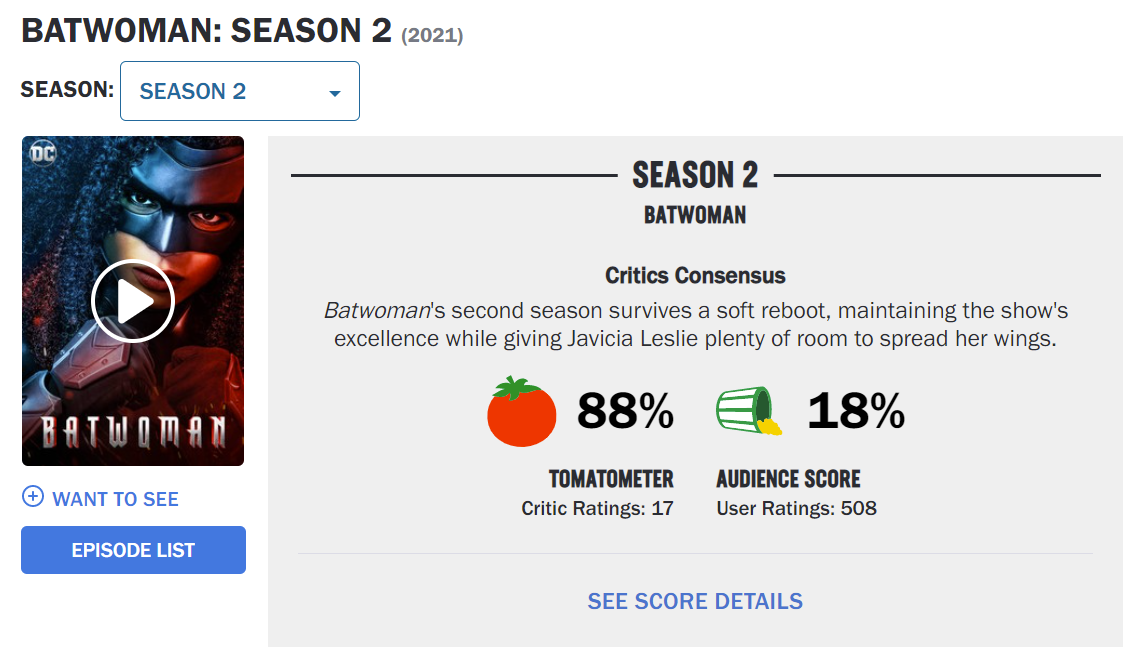 There has been no change in IMDB’s weighted average score for the show. It still sits at 3.4 out of 10 with 33,911 users rating the show. 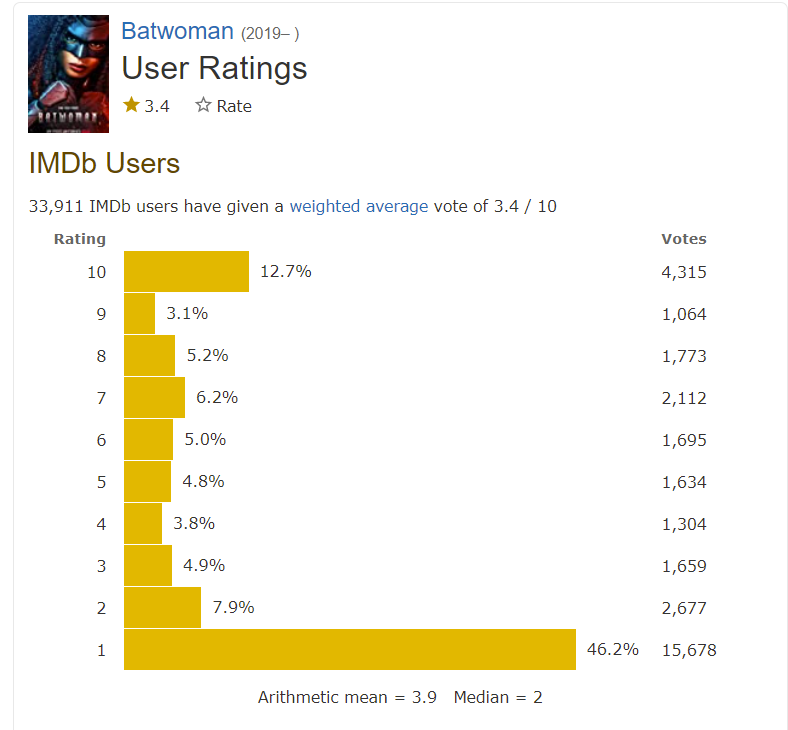 Az from YouTube channel HeelvsBabyface is still reviewing the show and explained why the show’s audience scores are so low and why the show’s viewership is still on a downward trajectory despite a brief uptick with Episode 10.

He states, “It returned last night with a vengeance. And what I mean by with a vengeance, I mean with another stupid, nonsensical, boring, crammed with way too much episode of the show, which makes it messy, unwatchable.”

He even questions, “What am I doing with my life?”

You can watch the rest of his review below.

What do you make of the latest ratings and viewership numbers for Batwoman? How low do you think they will go?