Ahead of its American premiere, Netflix has dropped a new trailer for Godzilla Singular Point’s Western release. 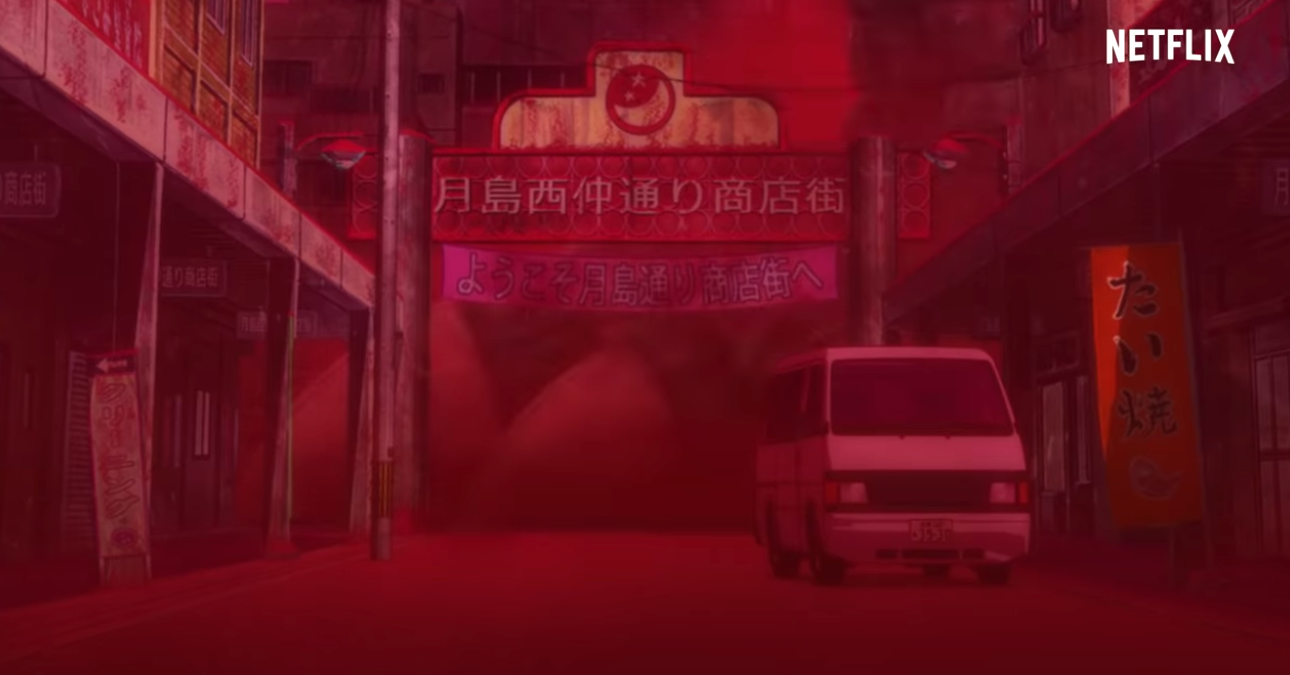 There aren’t too many new kaiju but we learn more secrets of the anime’s closely guarded plot.

Some clues provided jerk back the curtain on the mystery of the red mist, which may causally relate to Godzilla’s emergence, and an oncoming disaster.

Anguirus could also be at the heart of it or aware of the danger, as the trailer hints at a bigger role than first thought for the spiky-shelled beast. If he is made a big deal again, and maybe even the primary threat, that has to be exciting news.

As regularly noted by Anguirus devotees, the classic kaiju has been underserved by the franchise since the Showa era, when he starred opposite Toho’s top-billed player in Godzilla Raids Again and became the first monster to engage in on-screen combat with the King himself. 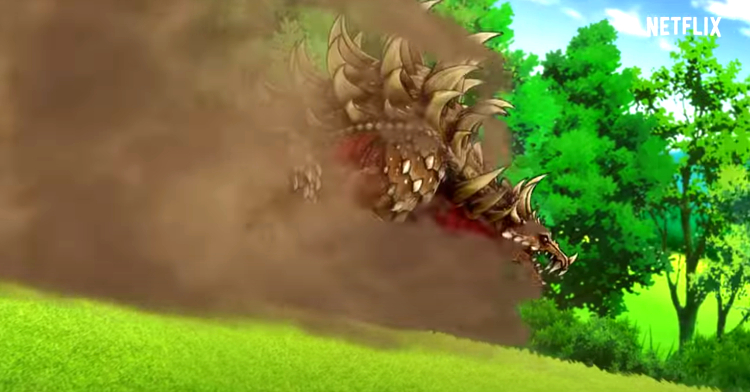 Despite Godzilla biting his neck and killing him, Anguirus came back countless times, mostly to get maimed or beaten up. He might have learned a lesson from this, as he sat out the Heisei movies and most of the Millennium series.

When the latter came to a close with Final Wars, things ended unfavorably for Anguirus once again, as he received yet another sound butt-kicking by the Big Guy. Singular Point could turn Anguirus’s luck around – unless he takes a licking from Jet Jaguar.

Thanks to this trailer, it’s also clear that our group of heroes has built Jet Jaguar to fight monsters, with the human-built machine boasting a number of fancy new weapon attachments including hooks and blades. 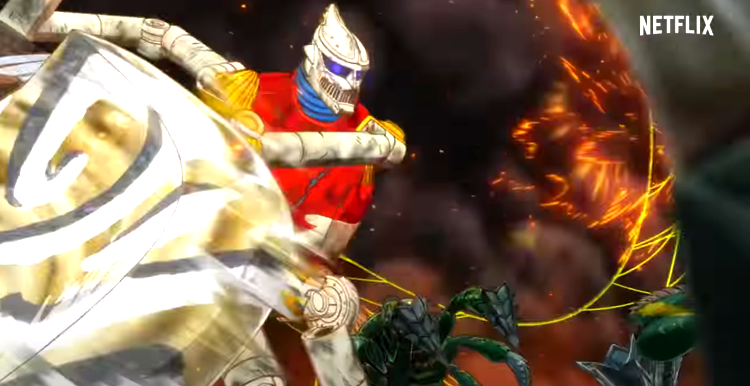 What may surprise G-Fans anticipating this series is that the main cast of characters hope their giant robot can take down the King of All Monsters himself. Will there be a fight between Jaguar and Godzilla? It remains to be seen, but with this trailer, Netflix has officially established an expectation that the two former allies will clash.

Our heroes, and other erstwhile humans, also find evidence of a looming catastrophe that could be related to the kaiju and the mist. Based on subtitles, there is a prediction of what sounds like certain doom, whose cause may be as much mystical as it is biological, that has to be prevented. This plot point is left ambiguous, made even more so with the reference to some king of magic lamp towards the trailer’s end.

But that’s the way it should be. There’s no need to give away everything about this anime before the whole world has the chance to see it. 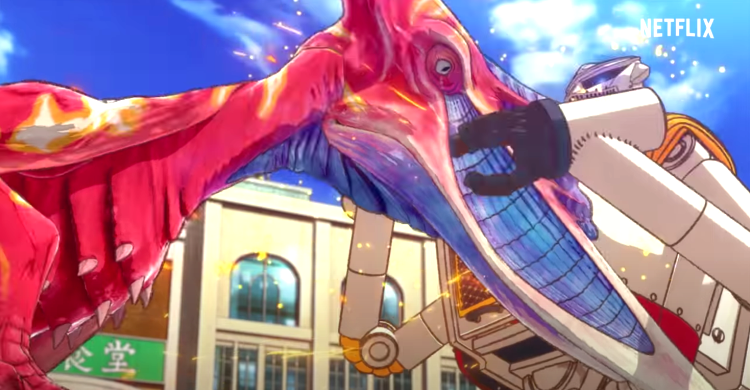 Godzilla Singular Point is airing on Netflix and broadcast TV in Japan right now and will premiere on the streaming service here in America in June.

Let us know what your interest level in Godzilla Singular Point is below and what you hope to see from it.