The second issue of The Joker is full of surprises and not just regarding Oracle and Commissioner Gordon. The next generation of Bane is introduced and it’s a female version of the character. 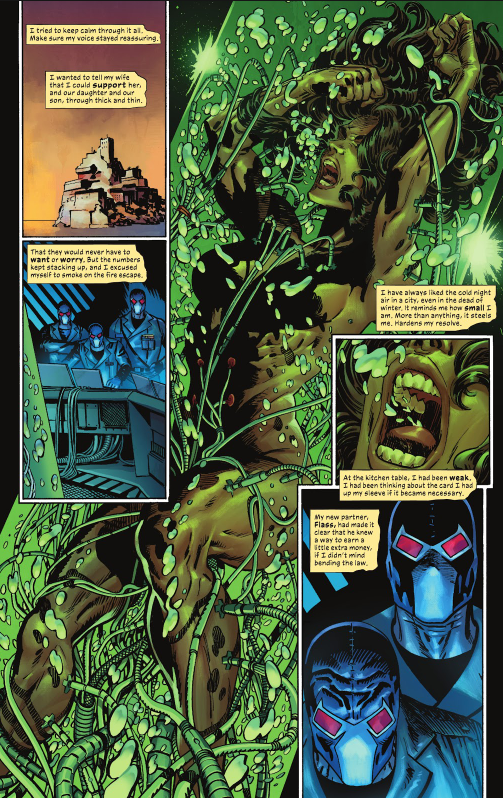 Scientists of Santa Prisca who first conducted the experiments with Venom that created Bane are up to their old trick with a new test subject.

The issue doesn’t reveal her name or who she is, but Bleeding Cool claims her code-name is Vengeance and she’s the Daughter of Bane.

This new Bane is dosed with the new serum and tasked with killing none other than The Clown Prince of Crime in Gotham himself.

During Joker War Zone a year ago, Mr. J managed to kill Bane when he paid him a visit in Arkham Asylum. In the process, he reproached his fellow criminal mastermind for not killing Alfred in front of Bruce Wayne. In The Joker’s mind, that’s a waste of a perfectly dastardly murder.

Gordon has also been hired by someone to kill Joker, so their interests aligning, he and Vengeance may wind up working together. It is Gotham, ergo the unexpected should be expected – but their differing codes, with Jim being a man of the Law and the Banes embodying “Might makes right,” could definitely put them at odds.

They aren’t the only ones after Joker. The Court of Owls has their sights on him as well! 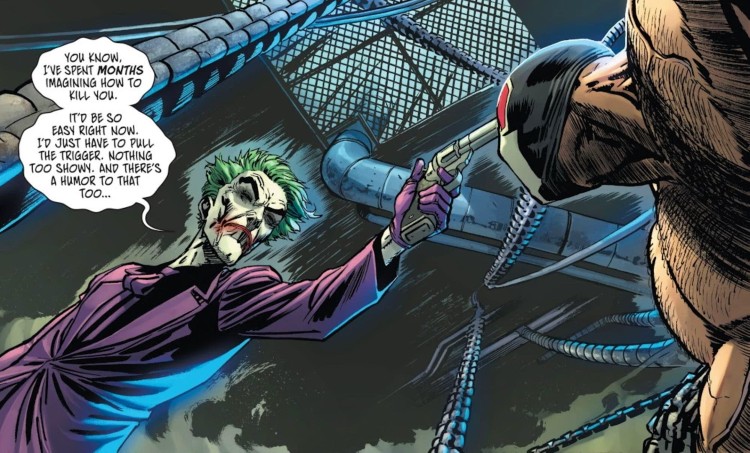 The synopsis begins, “As the dust settles on Arkham Asylum and tragic recent events, The Joker is the most wanted man in the world—and powerful forces are lining up around the globe to hunt him…but where exactly is the Clown Prince of Crime?”

It continues, “Jim Gordon, facing his twilight years haunted by the madman, knows where to start the hunt, and he’s been given the go-ahead to pursue him… but will he be willing to pay the price? And what shocking revelation will Gordon stun Batman with before he departs?”

Finally, it concludes, “And in the backup story, within the walls of Blackgate Penitentiary, Punchline has become the target of the Queen of Spades from the Royal Flush Gang. It’ll take everything Punchline has just to survive, while on the outside, Bluebird digs deeper into Punchline’s horrific past!” 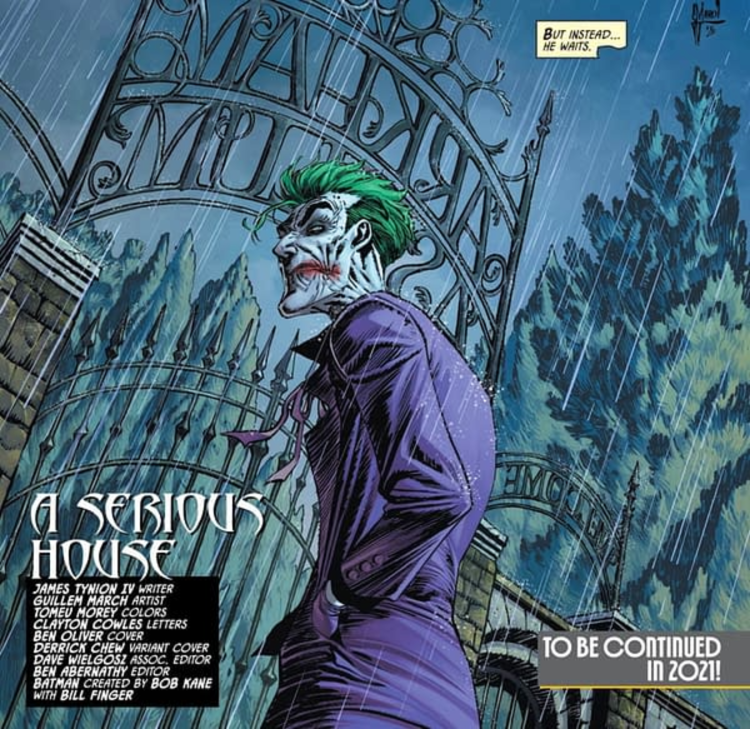 Is Bane’s daughter a sensible development in Batman lore? Tell us what you think in the comments.