The next hero to take up the mantle of Marvel’s Star-Spangled Avenger will be a black woman, as newcomer Nichelle Wright will debut as the second of five heroes modelling themselves as ‘local’ versions of Captain America later this summer. 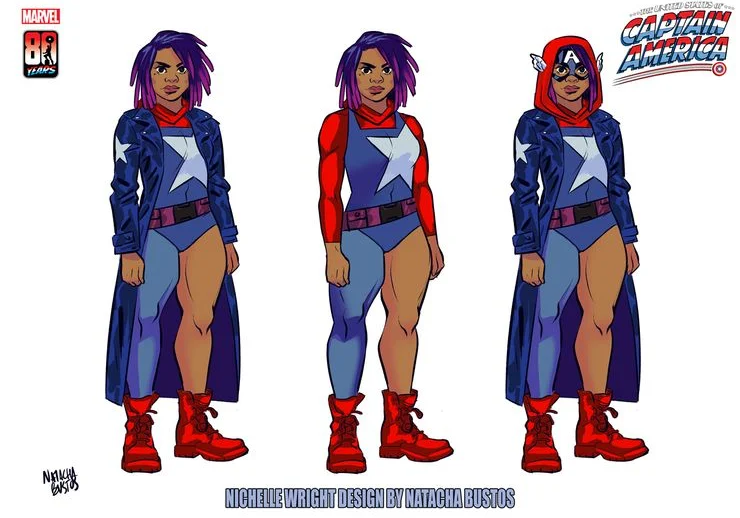 Created by author Mohale Mashigo (Kwezi, Marvel Voices: Legacy) and artist Natacha Bustos (Moon Girl and Devil Dinosaur), Wright will serve as the “Captain America of Harrisburg,” who Mashigo described in the character’s announcement as “working day and night to bring change into a world where she feels defeated.”

“Nichelle is a light in a dark time and she wants to take ownership of her community and space in America,” she added.

On designing Wright, Bustos claimed that “there are very few occasions when you have the opportunity to contribute to the creation of a character as genuine and powerful as Nichelle,” and thus the new local Captain America was “undoubtedly one of the characters that I am most proud to have designed, for all that she represents and what she means for the community.” 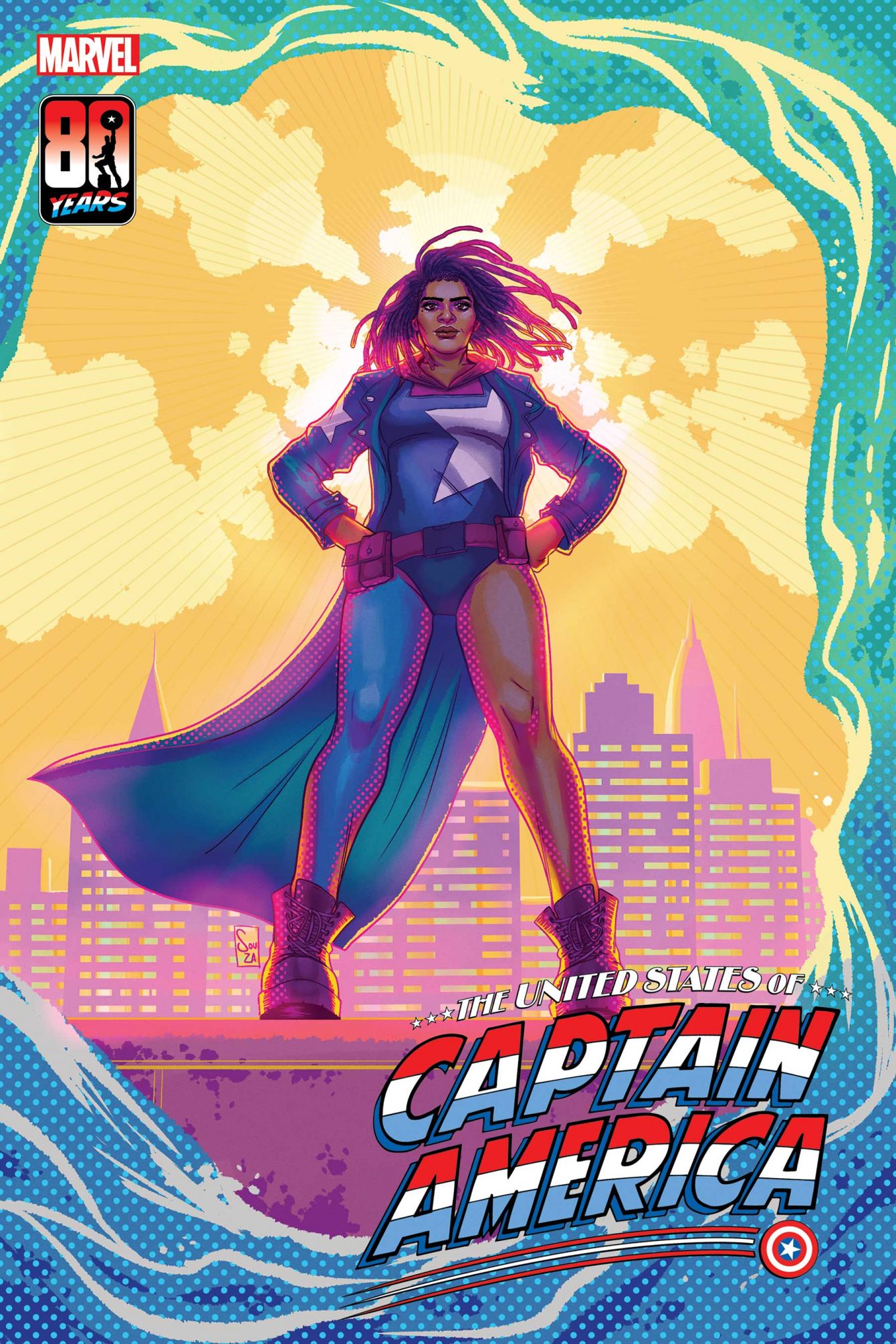 Wright will make her debut in the second issue of The United States of Captain America, an upcoming five-issue miniseries written by Christopher Cantwell with art by Dale Eaglesham which will see Steve Rogers, Sam Wilson, Bucky Barnes, and John Walker travel the country in search of the recently-stolen shield of Captain America.

According to the issue’s solicitation, Wright will find herself framed for “a terrible crime” by the shield’s thief, leading to her crossing paths with the four respective historical shield wielders. 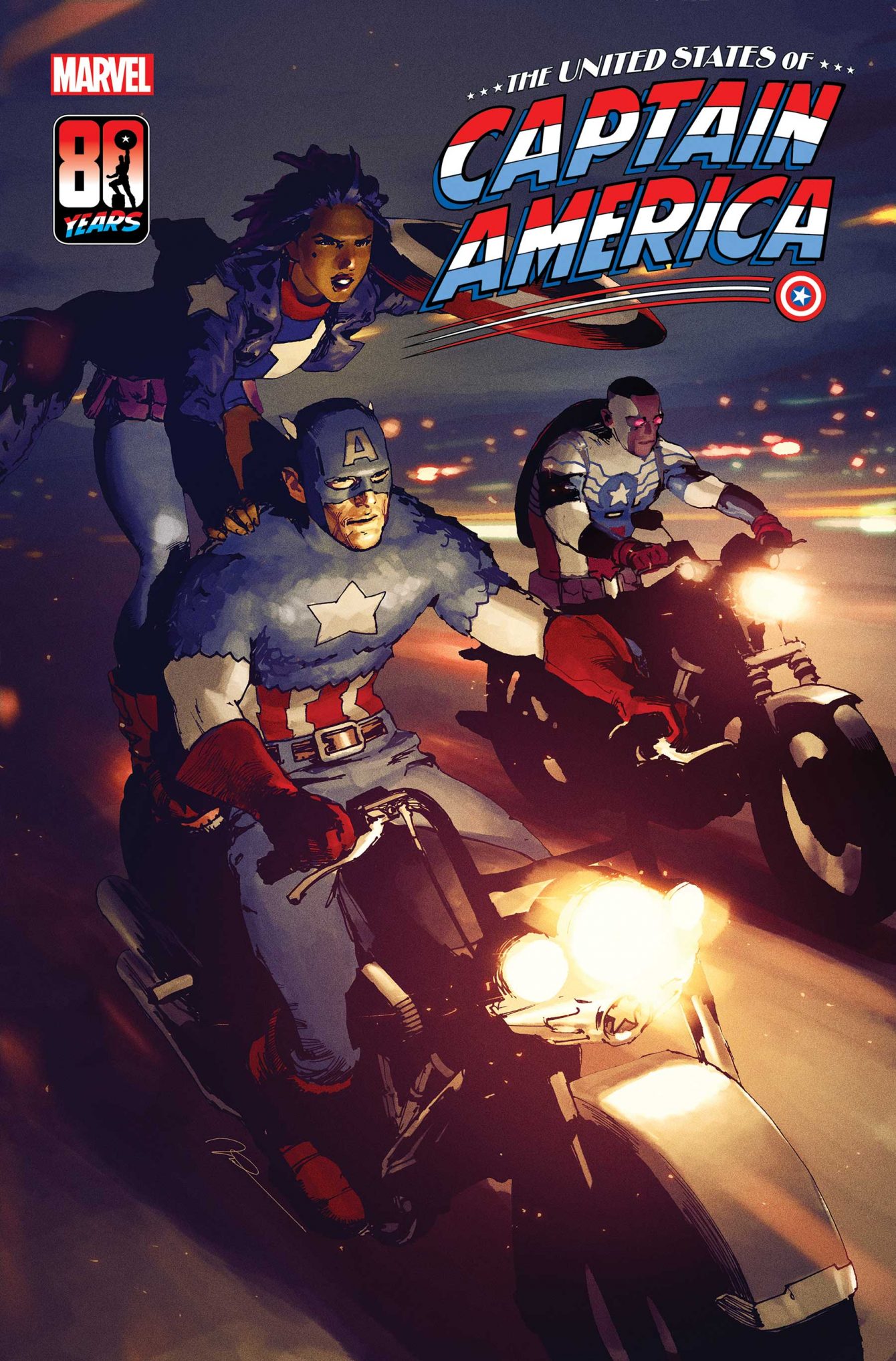 The second such ‘local’ Captain America set to debut in the 616 in honor of the character’s 80th anniversary, Wright’s reveal follows that of Aaron Fischer, an LGBTQ+ activist who fashions himself as the ‘Captain America of the Railways.’

What do you make of the ‘Captain America of Harrisburg’? Let us know your thoughts on social media or in the comments down below!