Lebetkin shared his thoughts in a video titled “The Falcon and the Winter Soldier: The Most Racist Propaganda This Side of Germany, 1945!”

He continues, “It’s the time of propaganda, I find indistinguishable that were used by the very, very naughty national socialists in the 1930s and 40s.”

Not only would he describe the show as evil, but Lebetkin also described Marvel Studios and its parent company Disney as “an evil yahtzee like corporation disseminating propaganda.”

Lebetkin then gives a brief overview of the first two episodes of The Falcon and The Winter Soldier before he gets into a discussion about what he views as the propaganda in the show.

He explains, “The propaganda isn’t for black people or minorities in general to have great equal rights. It’s not that. That’s saying that a.) exists and b.) nobody would oppose.”

The YouTuber adds, “Basically the Black Lives Matter world view where the police act as a racist, extrajudicial form of death squads for black people. That’s just a fiction. That’s complete nonsense. It doesn’t exist. But by them subscribing to it, they feel virtuous so it’s for that tiny group of people to feel insanely virtuous. That’s why this whole thing exists.””

To corroborate his point, he specifically references the plot point from episode three where a police officer interrupts Sam Wilson and Bucky Barnes and asks Sam for his identification.

From there Lebetkin continues his overview of each episode. When he gets to episode four he recounts John Walker’s pursuit of a Flag Smasher following the death of Lemar Hoskins at the hands of Karli Morgenthau. Enraged Walker kills one of the Flag Smashers in the view of the public.

Lebetkin describes this as Marvel showing “how basically racist and evil white people are. That’s the underlying message of episode four.”

Related: New Rumor Claims The Falcon And The Winter Soldier Viewers Turned Off The Show After BLM Messaging

Lebetkin then gets to episode five, which is titled “Truth.” He states, “It’s interesting that’s it called ‘Truth’ because it’s the absolute opposite of it. Again, evil, racist propaganda.”

He goes on to detail that Bucky and Falcon want to get the shield from Walker. He says, “This to me, again, if new Captain America represents Western values, we are seeing the takedown of the West.”

“And we’re also seeing this incredible double standard that you have if you’re a white person as oppose to being on the “right side” of history,” Lebetkin adds.

To elucidate this double standard he points out how the previous episode showed the Dora Milaje having jurisdiction wherever they go and rules do not apply to them, but Walker gets raked over the coals for what Lebetkin sees as a justified killing.

He explains, “Captain America chas[ed] down and kill[ed] a criminal who had just murdered people, who were in the acts of international terrorism. It seemed to be a lawful killing if a somewhat bloody one.”

Nevertheless, Lebetkin details that the show depicts Walker losing his rank and the shield and the reason being Lebetkin says is “because he’s evil, because he’s a white man he’s evil.”

He goes on to detail that the show features more Black Lives Matter rhetoric as Sam Wilson attempts to give the shield to Isaiah Bradley, who rejects it.

Related: Collider Claims John Walker In The Falcon And The Winter Soldier Represents The “Banality of White Supremacy”

Lebetkin then claims, “At the end of episode, Sam Wilson is about to take on the character of Captain America and by doing so redeem the intrinsically racist America by finally a black man taking the ideals of America and America accepting him.”

“Any statistics you bring to justify that, to support that are disingenuous to say the least and they ignore a lot of data. But we have the incredibly wealthy, powerful people, white people, who want to feel good about themselves. So they want to believe there is a race war is going on and the evil white people are white evil white, but they are the good white people,” the YouTuber adds. 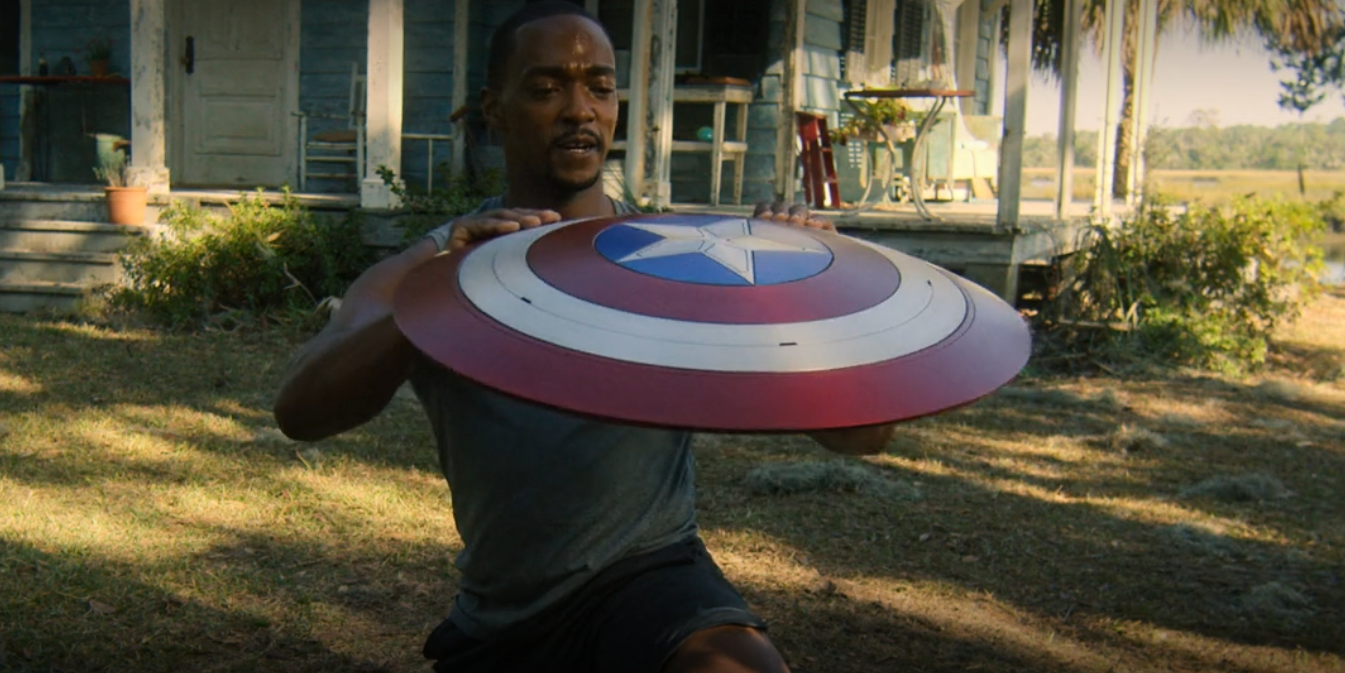 He would go on to say, “So they make this show to basically to be evil racist propaganda, which is essentially what it is. It is evil, racist propaganda. Very subtly, very subtly peddling a completely false and destructive lie.”

“And this, for me, was indistinguishable from the 1940s propaganda, which, again, I recommend you go watch because they do a lot of things in a very similar way to justify sending the mentally disabled people to those comps where you had to concentrate very, very hard,” Lebetkin stated.

Related: Woke Mainstream Media Outlet The Undefeated Pushes The Idea That The Falcon And The Winter Soldier’s Sam Wilson Deserves To Be Captain America Because He Is Black 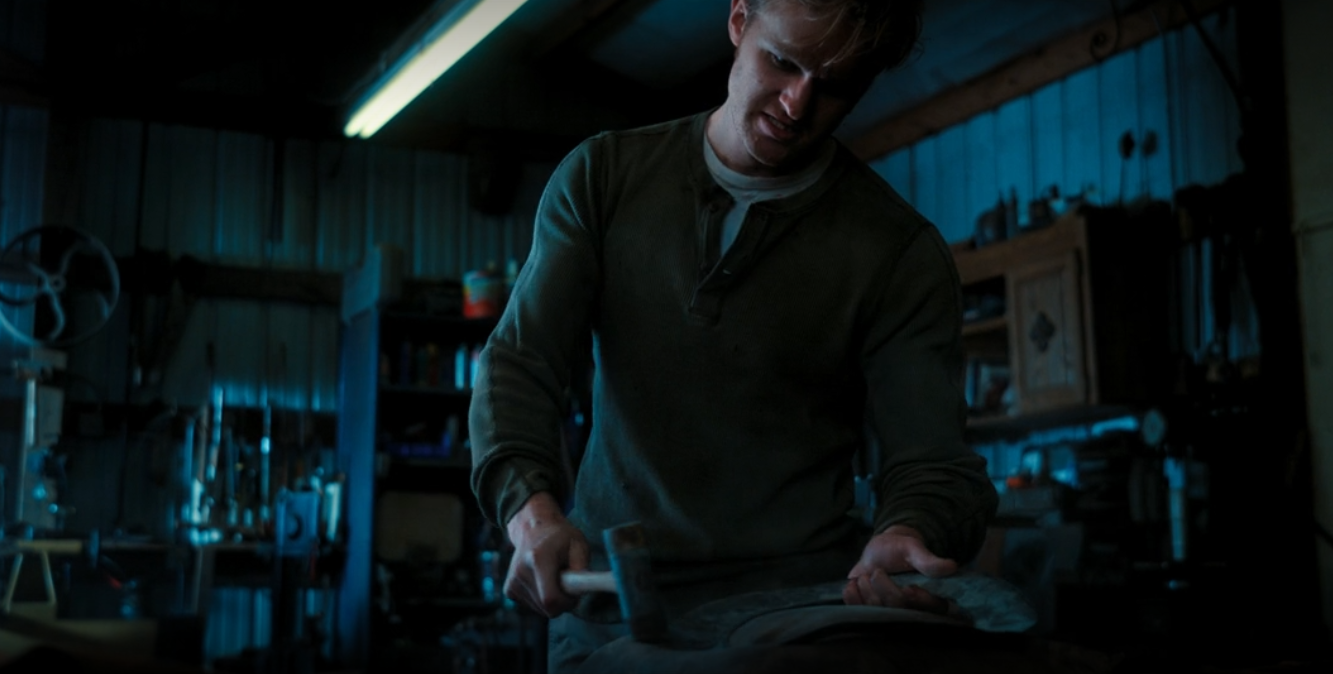 Lebetkin then begins to conclude, “That’s what this show is doing. It’s presenting pure falsehood and wrapping an emotional story around it. And that emotional story, again, is to metaphorically stroke the disgusting p****es of the elite white people who want to feel good about themselves without actually having any real moral values whatsoever.”

What do you make of Lebetkin’s analysis?