This past Sunday, director Chloé Zhao made history by becoming the very first Chinese woman to win an Oscar, receiving the Academy Award for Best Director for her critically praised drama Nomadland. 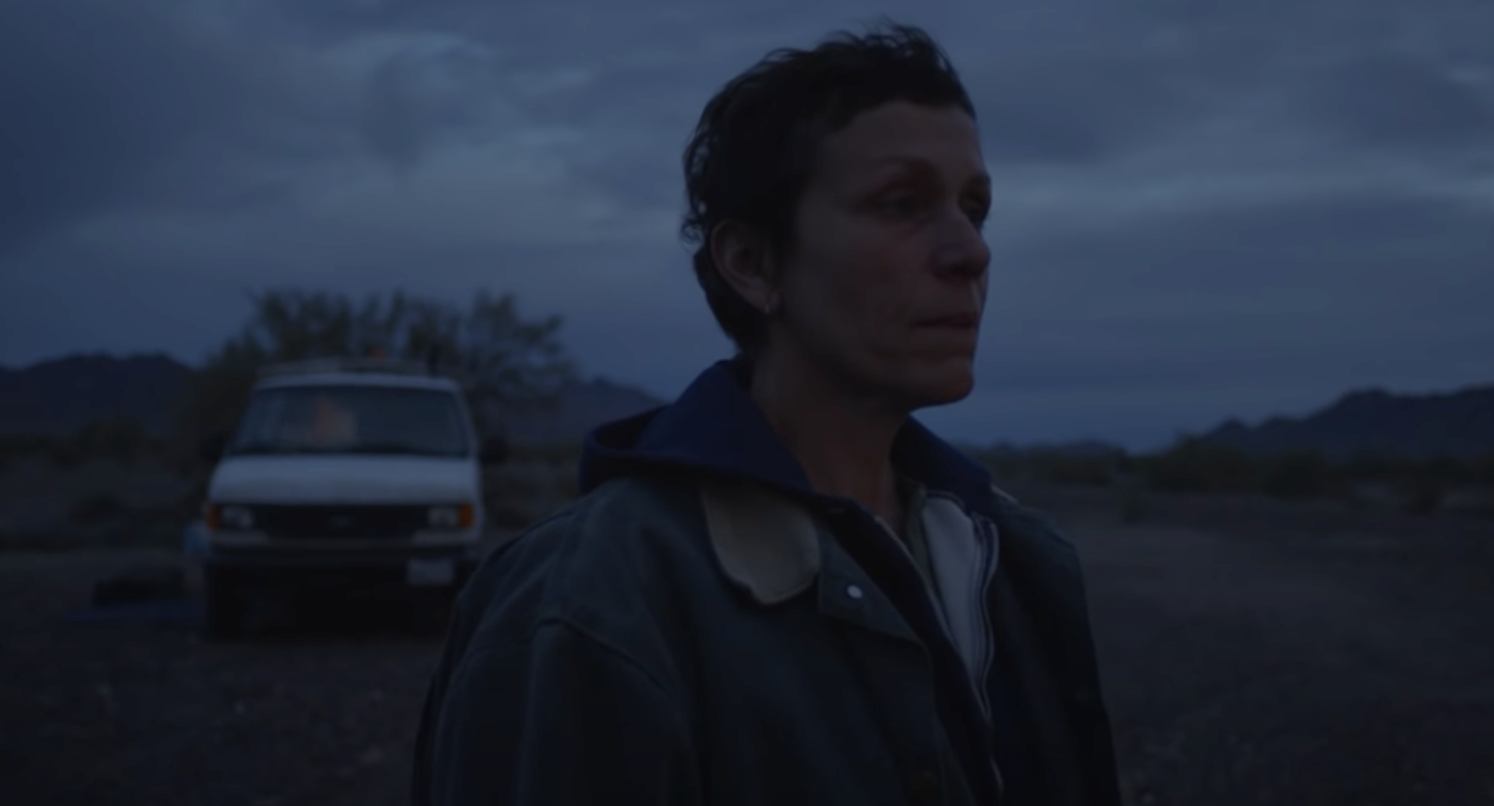 Related: John Leguizamo Slams The Oscars For Lack Of “Latinx” Representation, Claims The Term “People Of Colour” Has Been Used To More Effectively Erase Latinos

If the director’s name rings a bell but you can’t quite put your finger on why, Zhao is also currently working on Disney and Marvel Studios’ upcoming The Eternals movie, which is expected to release in theatres (and will likely see a simultaneous release on Disney+) in December of this year.

The Wall Street Journal reports, via The Daily Wire, that Chloé Zhao is also the first woman of colour to win the coveted Best Director award.

Unfortunately for Zhao, China has made it nearly impossible for the Chinese to know about her accomplishment, employing internet censors and manipulating major search engines in order to keep her home country from knowing about it. 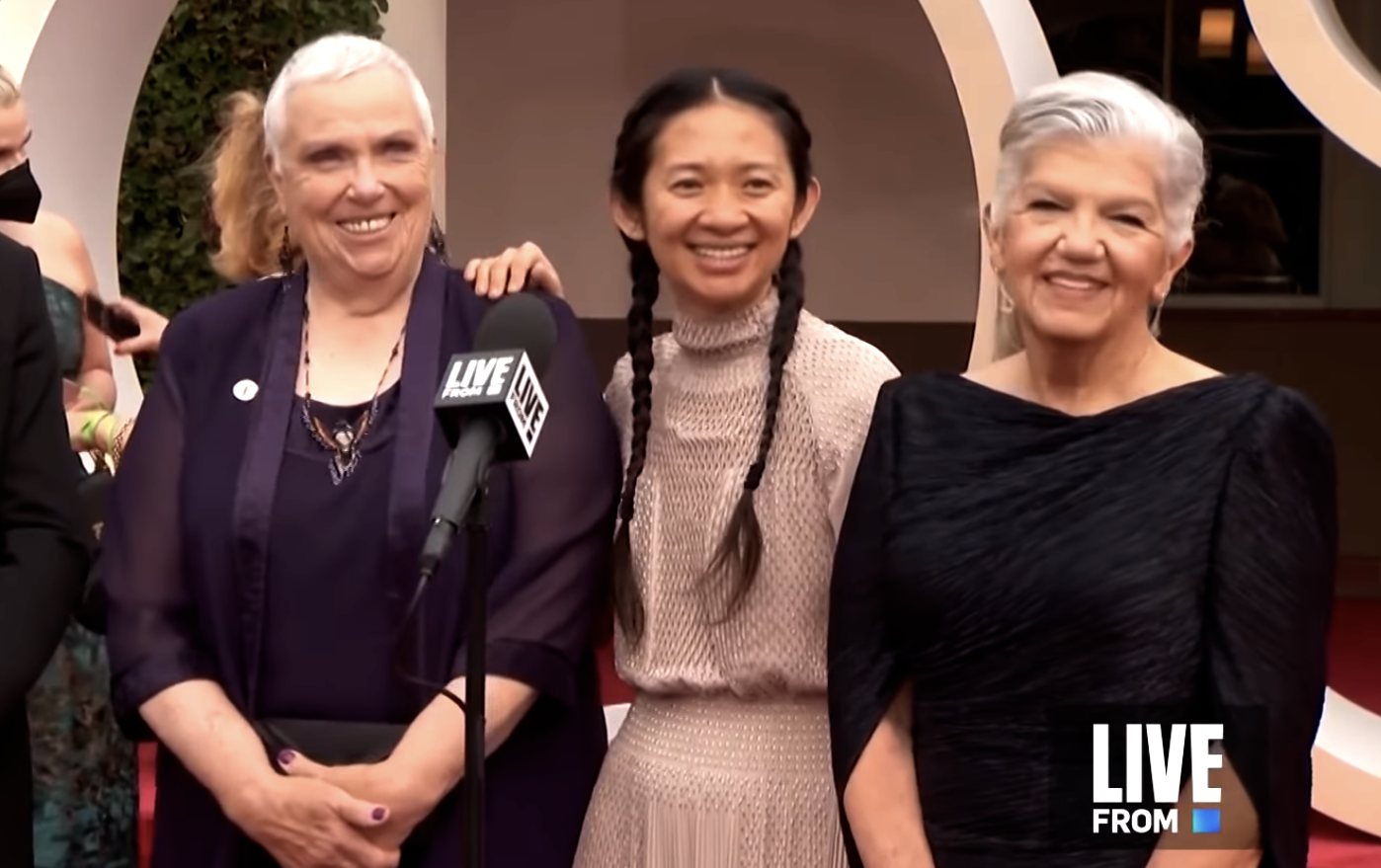 According to The Wall Street Journal, “Ms. Zhao’s win, just the second time a woman has walked away with best director, unleashed a flurry of congratulatory messages on Chinese social media sites when it was announced Monday morning Beijing time.”

“By midafternoon, nearly all of the posts had been erased. State broadcaster China Central Television, the official Xinhua News Agency, and Communist Party mouthpiece the People’s Daily stayed silent on the award throughout the day,” continued the report by the media outlet.

So, why would China want to censor any news regarding Chloé Zhao winning an Oscar for Nomadland? It turns out that this is mainly due to some comments the director made about Communist China almost a decade ago. 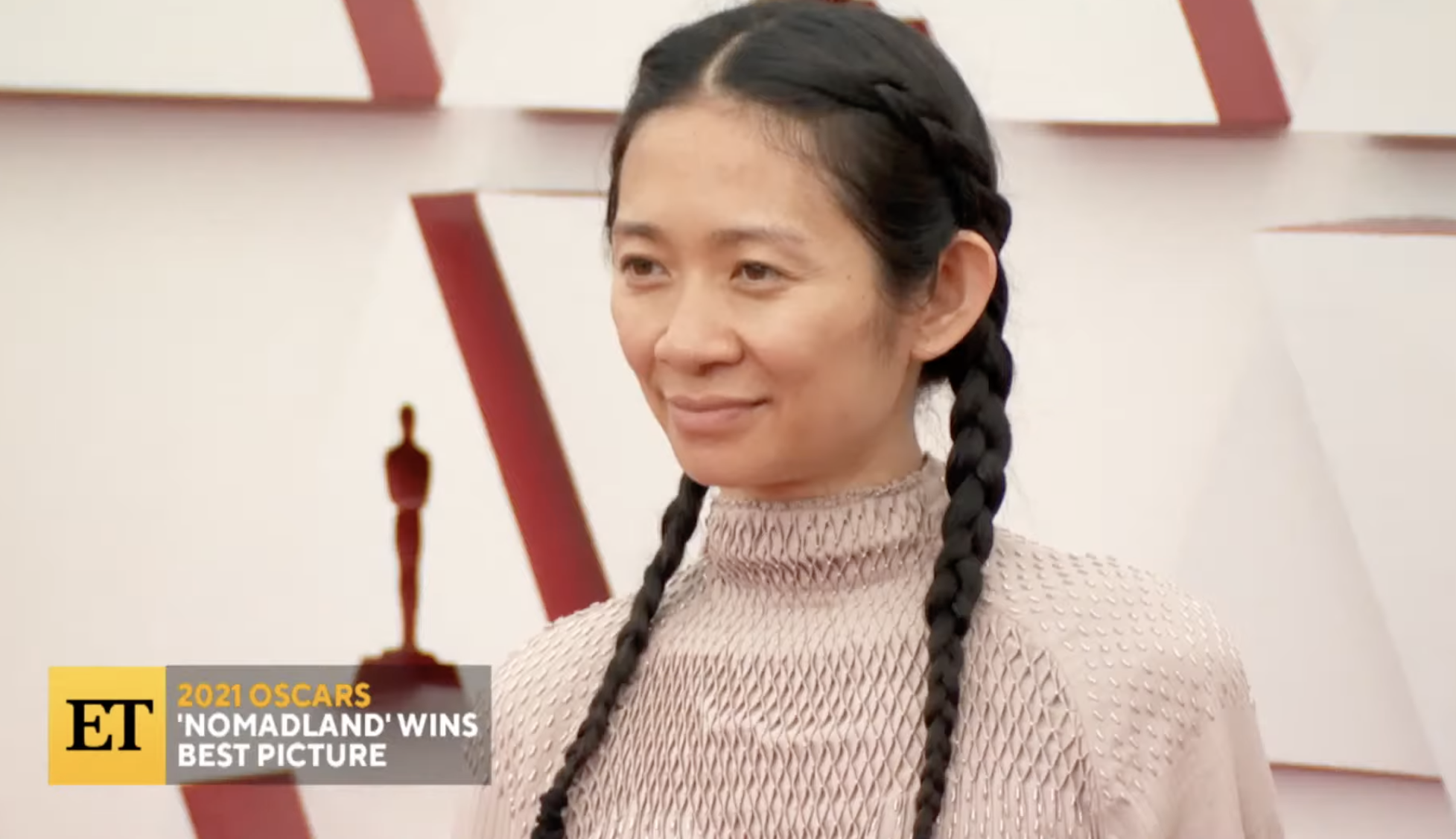 Providing further context, what The Wall Street Journal means by a “previous public opinion” is a comment the Nomadland director made back in 2013, when she was working on Songs My Brothers Taught To Me(2015), during an interview with Filmmaker Magazine.

“It goes back to when I was a teenager in China, being in a place where there are lies everywhere,” said Zhao. “You felt like you were never going to be able to get out. A lot of info I received when I was younger was not true, and I became very rebellious toward my family and my background. I went to England suddenly and relearned my history.”

She added, “Studying political science in a liberal arts college was a way for me to figure out what is real. Arm yourself with information, and then challenge that too.” 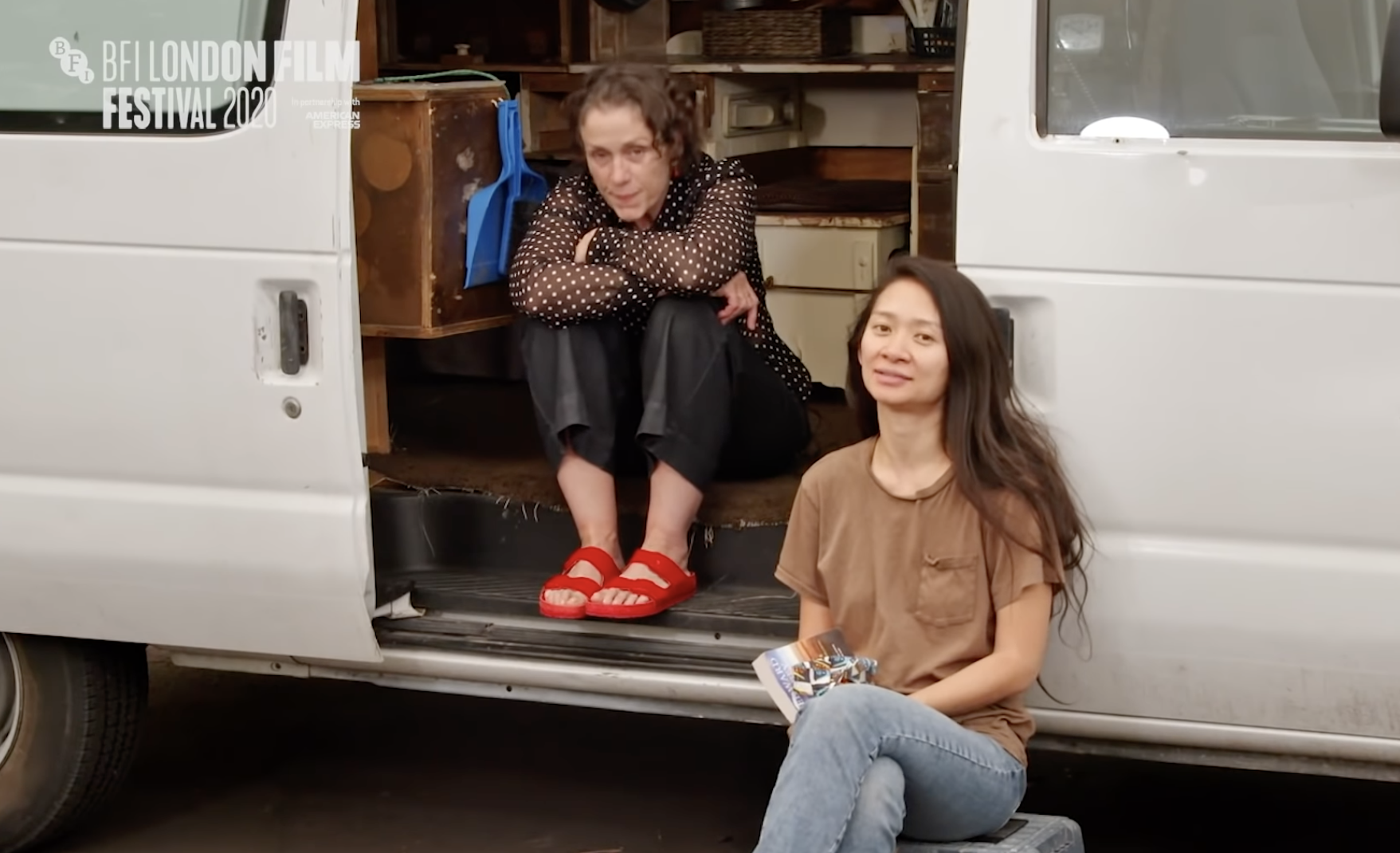 I didn’t want to break down what Zhao said during that interview with Filmmaker Magazine because I didn’t want to leave the door open for misinterpretations that the director may have never intended.

Why is this important? Because I had to retrieve the aforementioned message from Wikipedia, on account of Filmmaker Magazine editing out Zhao’s comments in which she criticises Communist China.

The Wikipedia entry also agrees with a comment on Filmmaker Magazine’s now-censored article about Zhao made by Disqus user Jacob Turner on the 7th of March of this year, in which they asked “Why did filmmaker censor this article?” and provided the text of the director’s since-removed statement.

So, there you have it. Filmmaker Magazine has also decided to edit the original interview with Chloé Zhao and side with Communist China; a country that, according to the Academy Award-winning director, was full of lies.

As of this writing, the “25 New Faces of Independent Film” article where Zhao’s comments were originally featured — written by Editor-in-Chief of Filmmaker Magazine Scott Macaulay and published in July of 2013 — has added a statement that reads, “This article has been edited and condensed after publication.”

According to Deputy Director of Free Expression Research and Policy at PEN America James Tager, with whom The Wall Street Journal spoke with in regard to their report, “The Chinese Communist party is increasingly shaping what global audiences see.”

“While we are all well aware of the strict controls that China’s government maintains over dissent, independent thought and creativity within its own borders, the long arm of Chinese censorship – powered by vast economic incentives – has also reached deep into Hollywood, shaping perceptions, inculcating sensitivities and reshaping the bounds of what can be shown, said and told,” Tager concluded. 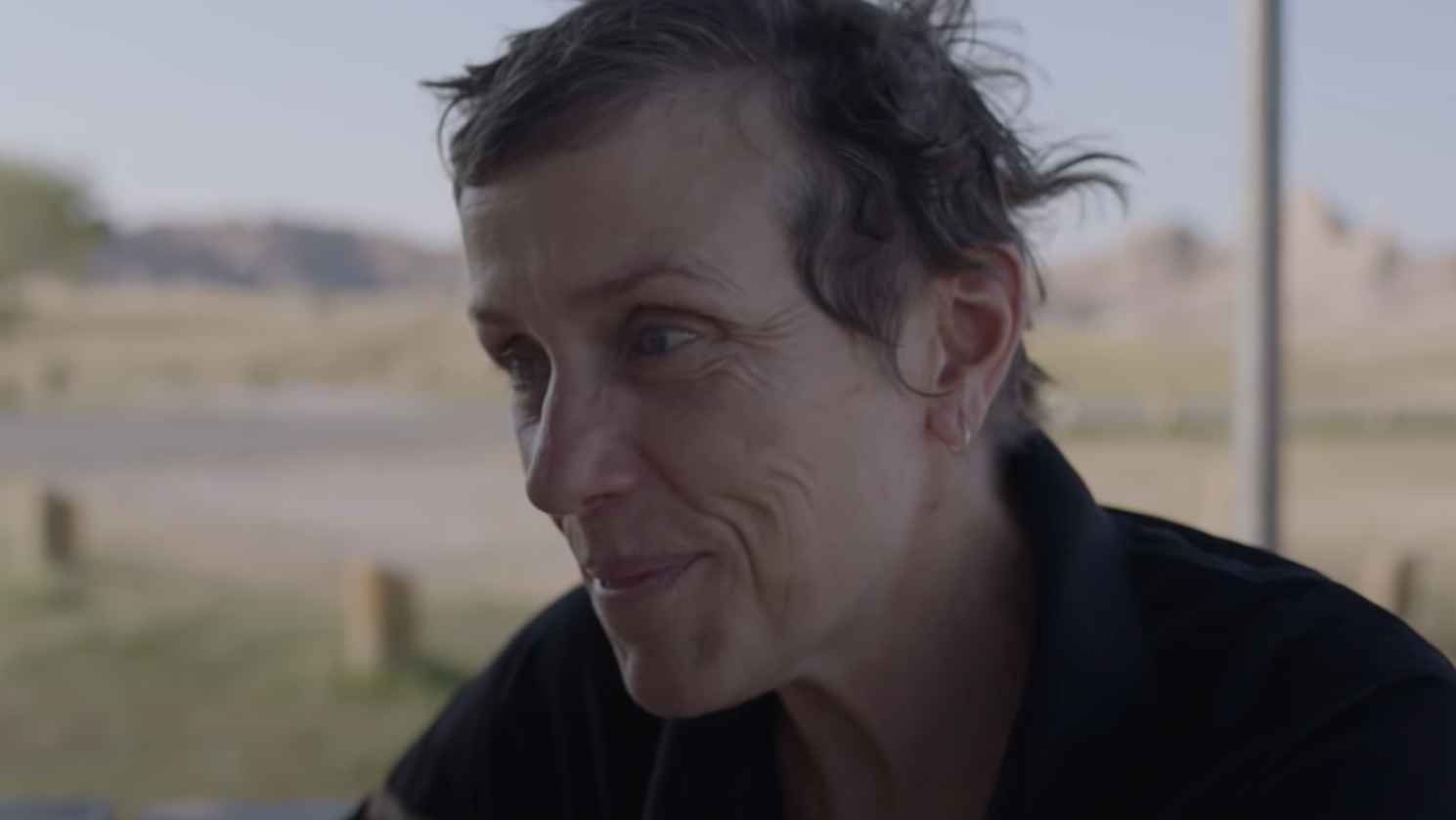 China censoring anything that doesn’t comply with the Communist Party’s rules isn’t really new, but seeing New York based Filmmaker Magazine editing out Chloé Zhao’s comments that criticised such behaviours is a dangerous, unethical, shameful, and egregious practice.

What do you make of Communist China censoring anything related to Chloé Zhao? Let us know in the comments section down below or on social media.