A newly announced mixed martials arts themed character skin for Mei has sparked outrage amongst the Overwatch fanbase, as many believe the skin’s depiction of a non-black individual with a cornrow hairstyle to be an instance of anti-black racism. 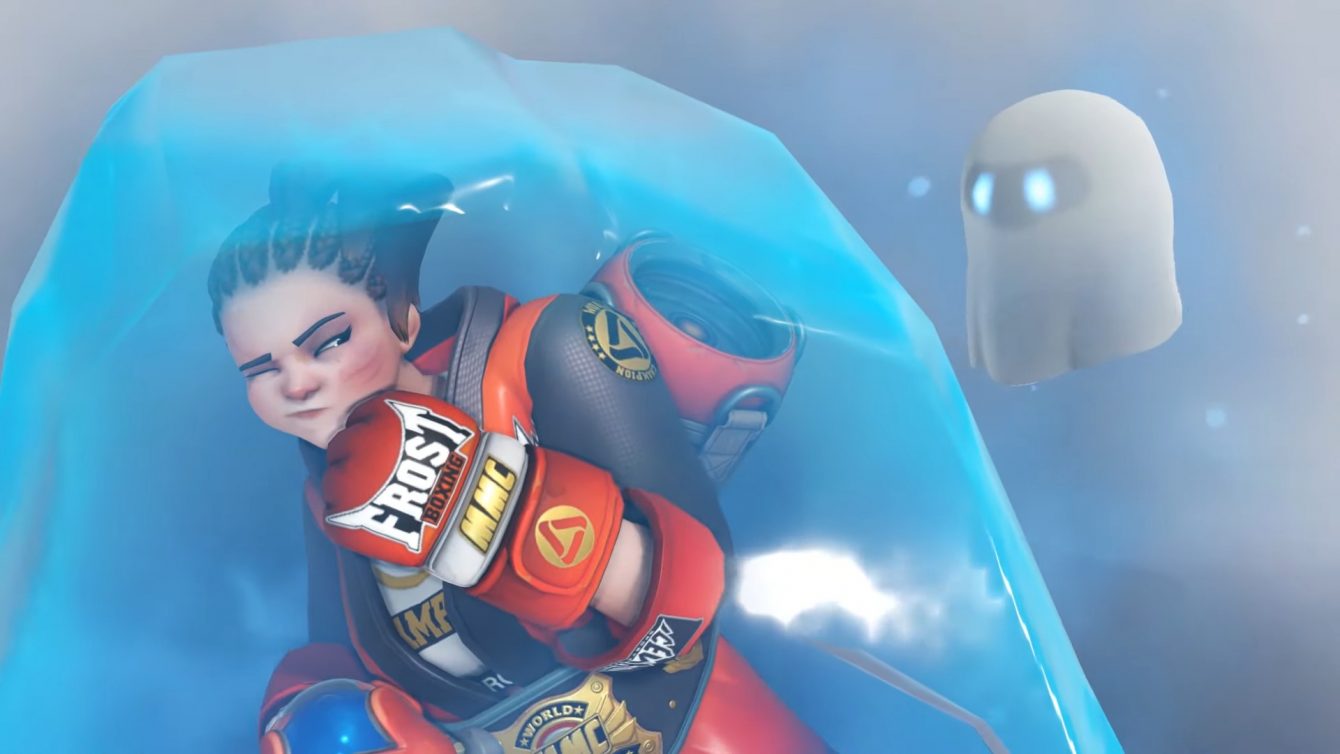 First revealed on April 28th and created in honor of the Overwatch League’s upcoming May Melee title fight event, the cheekily named ‘MM-Mei’ skin depicts the Chinese cryowarrior in a traditional mixed martial arts ring uniform “inspired by the intensity and distinctive fashion of mixed martial arts,” replete with a cornrow hairstyle. 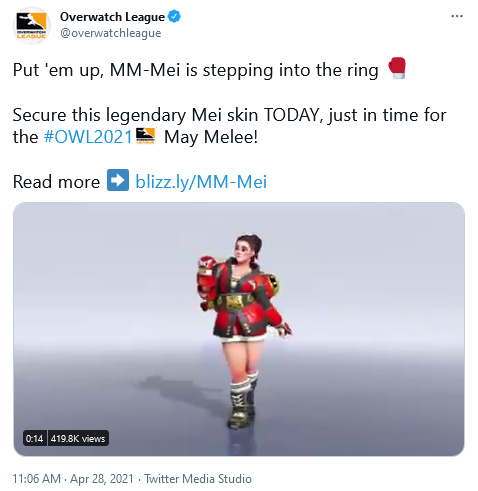 In their announcement of the skin’s release, Blizzard described MM-Mei as “ the first tournament-inspired concept brought to life in the game,” with team members explaining that “since the May Melee is the first Overwatch League tournament of the year, we wanted to design a skin that represents the peak of competition.”

“We felt combat sports like boxing and MMA embodied the theme well and used this to begin designing the Legendary skin,” they added. “Last year we saw others in the community having fun with the May-Mei pun, and therefore felt Mei was the obvious hero choice for a May Melee skin.” 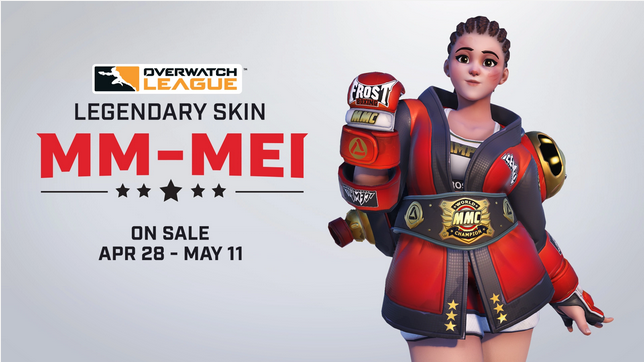 Unsurprisingly, the skin’s announcement sparked a wave of backlash, as the Overwatch fanbase soon after accused both the skin and Blizzard of racism for depicting a non-black character with cornrows.

“for a game that preaches to push diversity, overwatch sure does a lot of (racist) things to piss their fans off,” stated @danulmao.

The user added, “they do it on purpose too because ain’t no way.”

Twitch streamer @CriticalBard exclaimed “YALL DID NOT JUST GIVE MEI CORNROWS. OVERWATCH. COME THE F–K ON. YOU KNOW THEE F–K BETTER THAN THIS.” 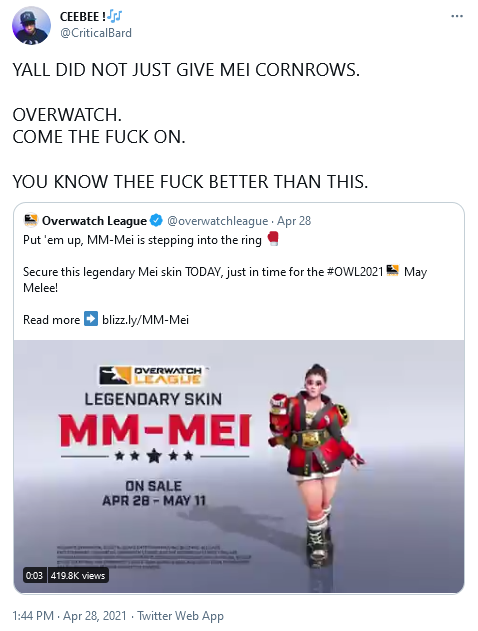 “I’m not even gonna comment on the outfit. It’s whatever.” He added, “But the cornrows?! You could have done braids that aren’t laced in BLACK CULTURE but naaaah. Jfc.” 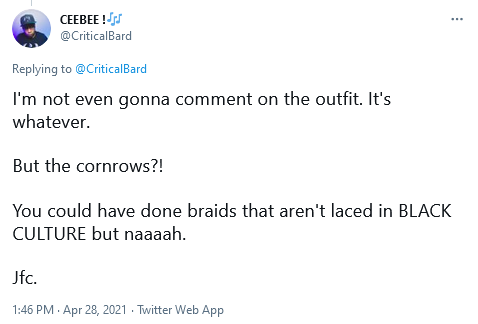 “Canerows but still no Black Women,” wrote @blackgirlgamers. “It seems nothing has been learned from *Checks notes* from 2018.” 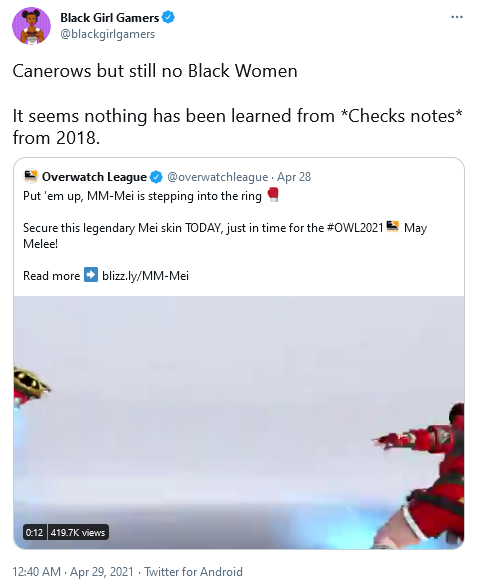 @Captain_Sway asserted, “what the f–k is this antiblack racist bulls–t – putting an asian woman in cornrows before even putting a black woman in your game lmao disgusting.” 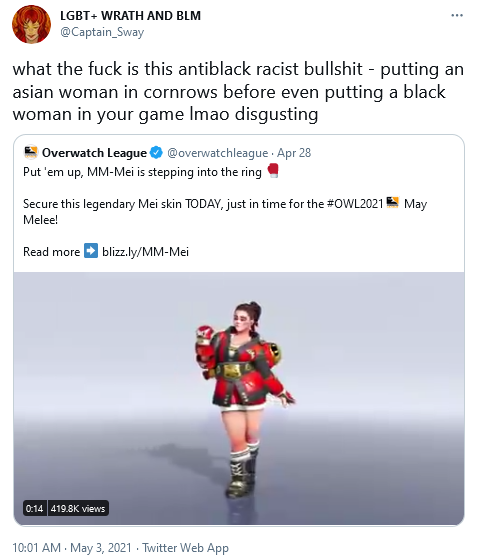 Related: Overwatch’s Latest Hero Echo Under Assault For Looking Like An Attractive Female

In PC Gamer’s coverage of this backlash against Blizzard, staff writer Mollie Taylor outright declared that “The MM-Mei skin has the Chinese hero sporting a Black hairstyle,” even falsely claiming that “tight braids are common amongst MMA fighters with longer hair, but cornrows are typically not worn by fighters who are not Black.”

However, Taylor’s assertion could not be further from the truth, as cornrows have been worn by numerous non-black female fighters for years, including Mackenzie Dern (Brazilian American), Mei Yamaguchi (Japanese), Michelle Waterson (Thai American), and Gina Carano (Italian American).

Here’s a look at Michelle Waterson sporting the hairstyle.

Not only do non-black female fighters wear the hairstyle, but so do men.

Former WEC champion Urijah Faber shared a photo of him sporting the hairstyle back on April 18, 2020.

The MM-Mei skin is available for purchase until May 11th for the price of 200 League Tokens, a currency earned by watching live Overwatch League broadcasts.

What do you make of the backlash against Mei’s new skin? Let us know your thoughts on social media or in the comments down below!