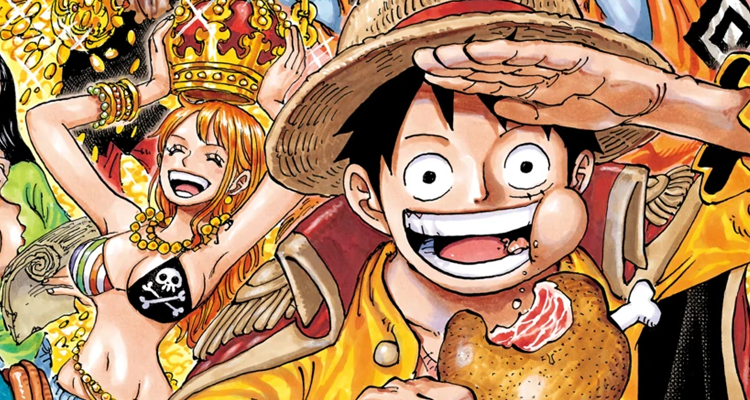 Conducted by publisher Shueisha to celebrate the release of the manga’s 1000th chapter earlier this year, the World Top 100 popularity poll asked fans across the globe to vote for their favorite One Piece characters from across the series.

“Picking just one character won’t be easy – will it be a giant? A Tontatta? One of the fish-people or a colka loving cyborg? Perhaps you’ll choose a cheerful reindeer or a lively skeleton. Mayube your ichiban…is a certain pirate made of rubber,” wrote Shueisha on the WT100’s official website. “Whether you think your ichiban is the strongest, cutest, or kindest, the choice is yours.” 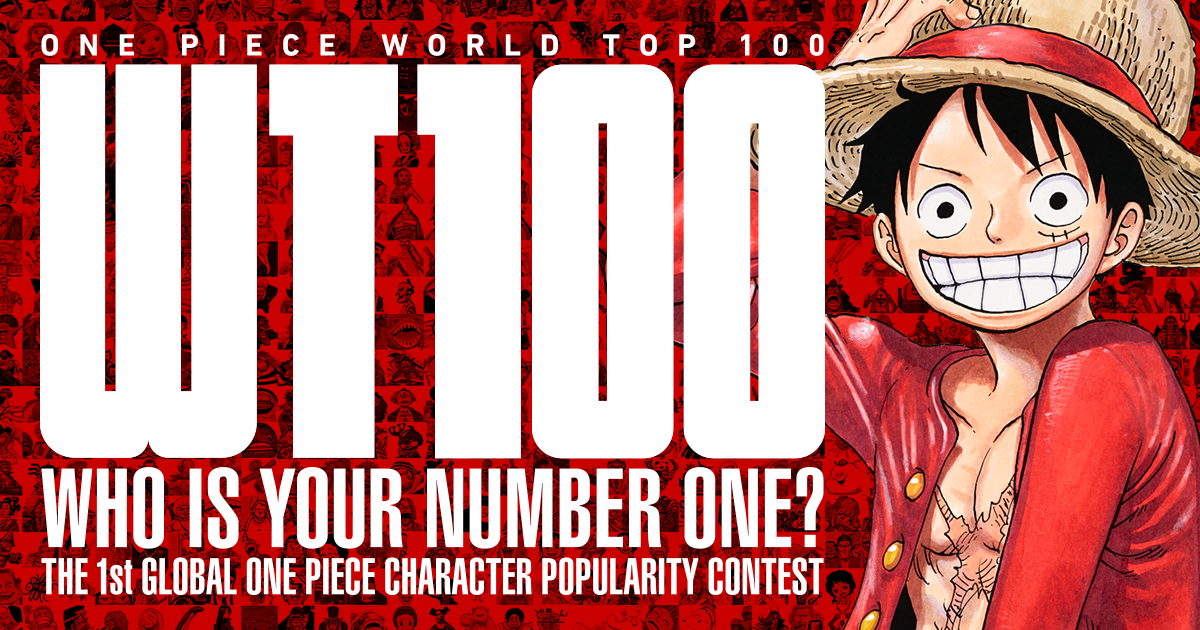 Now, a little over two months after voting for the popularity poll closed, Shueisha has revealed the official results of the WT100. 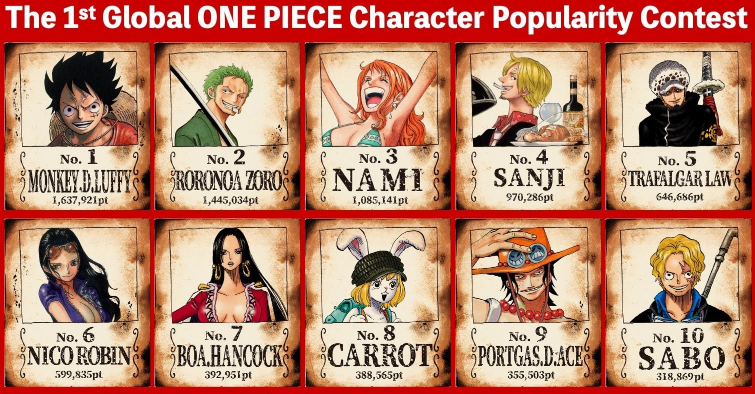 The full list of the series’ Top 100 most popular characters can be seen below: 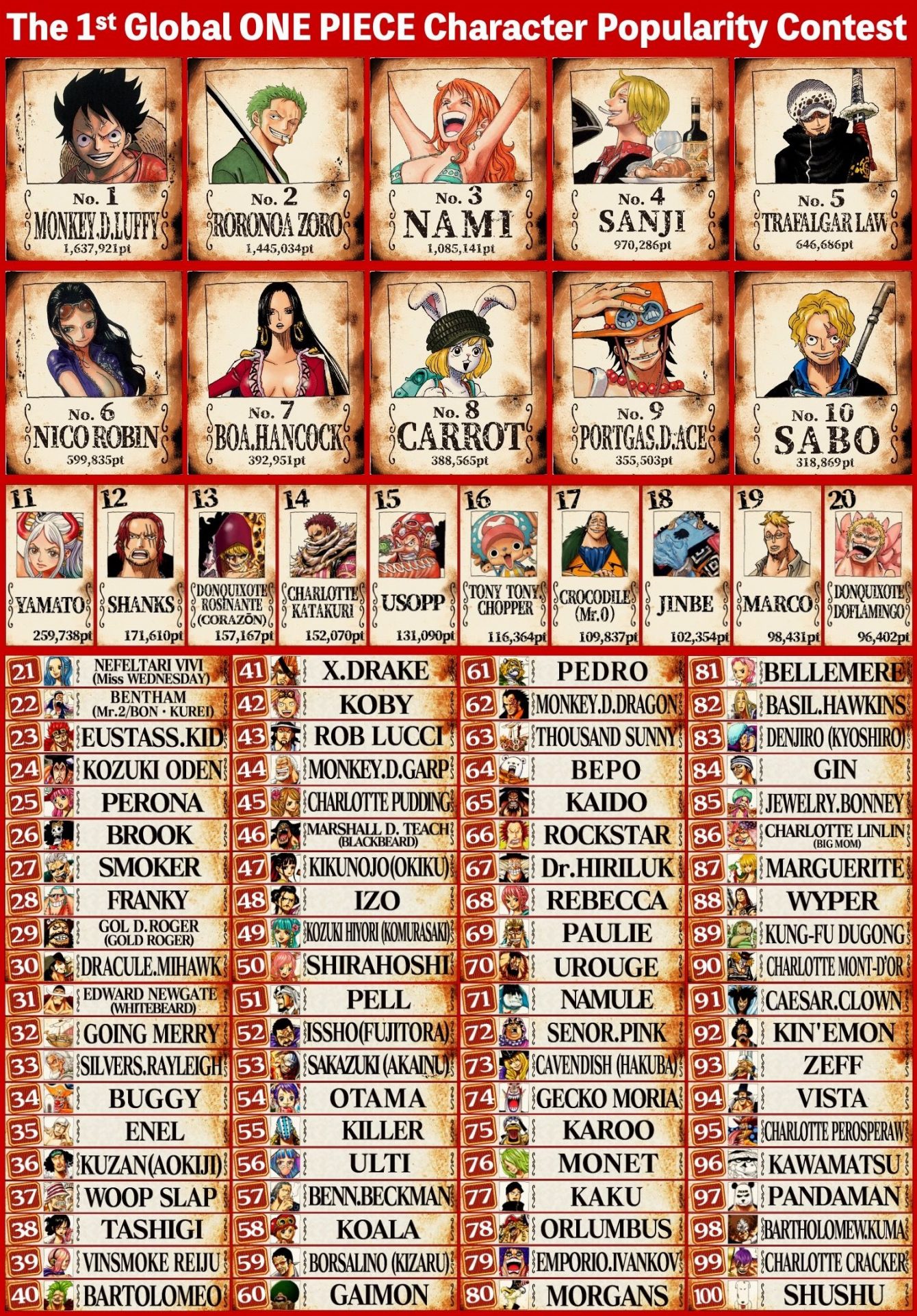 In addition to sharing the results of the overall poll, Shueisha also revealed the characters’ “area rankings”, divided up by continental region.

For Asia, North America, and Japan, Luffy took the top spot once again. However, in Oceania, Latin America, and Europe, Nami emerged victorious, while Roronoa Zoro walked away with the crown in the Middle East and Africa. 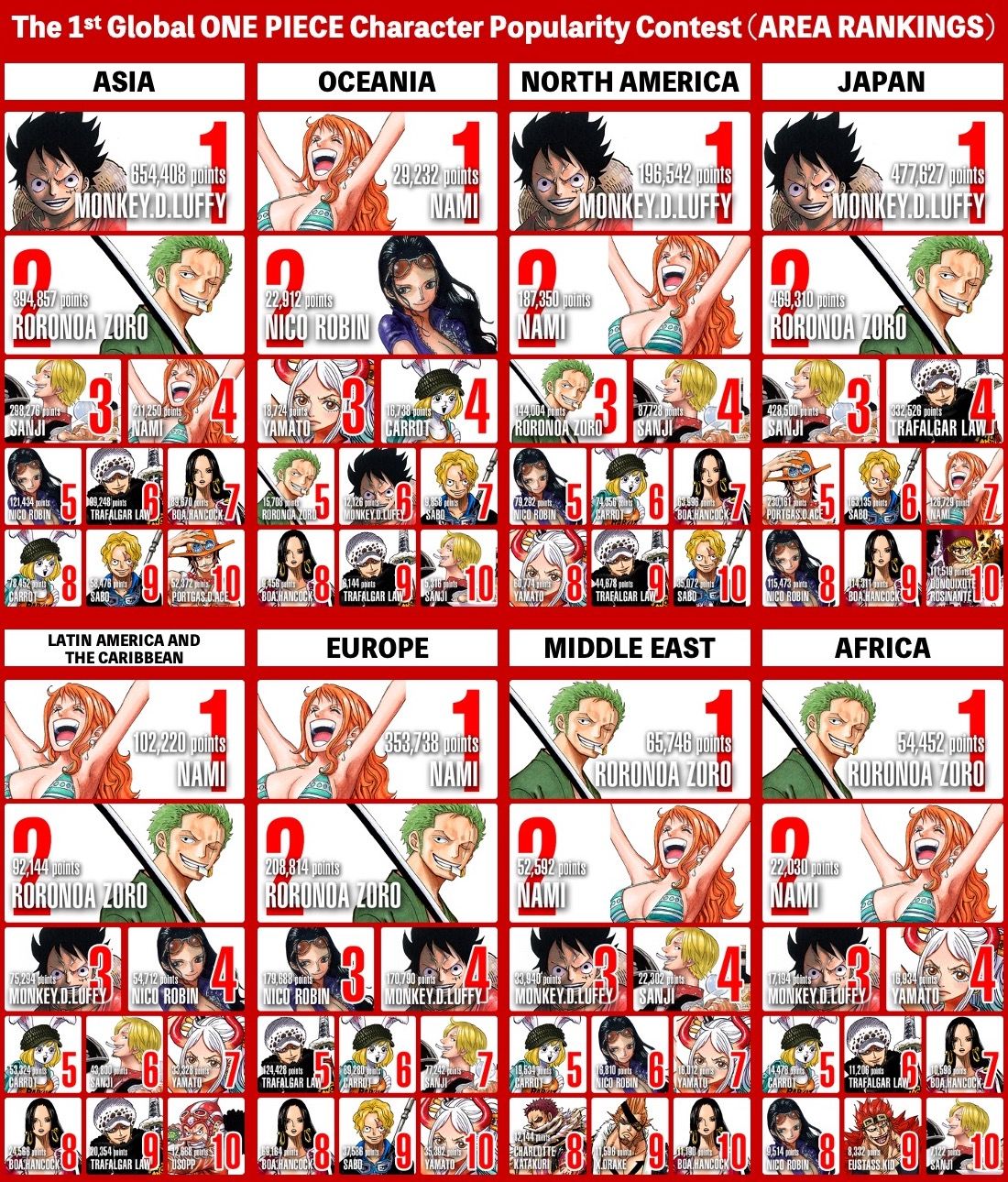 In a letter penned in honor of the WT100’s results, according to a translation provided by Shuiesha, series creator Eiichiro Oda remarked that “Usually, this character ranking poll is only done in Japan but by opening it up to the world through the internet, I was able to see in real time a glimpse of which characters are popular in different regions of the world and some characters went up in the rankings since the midterm results, so it was truly entertaining.”

“I heard that there seemed to be some movements online organized by fans to come together to cast votes for unexpected characters. That didn’t get past the production team,” Oda humorously noted. “It’s amazing how different the preferences towards these characters are all over the world and it was so fun seeing how it went down for Roin and Carrot.”

Concluding his letter, Oda reminded fans that, “As I promised, I’ll be creating a cool piece with the characters who ranked in the top 50 plus some others so please look forward to it.” 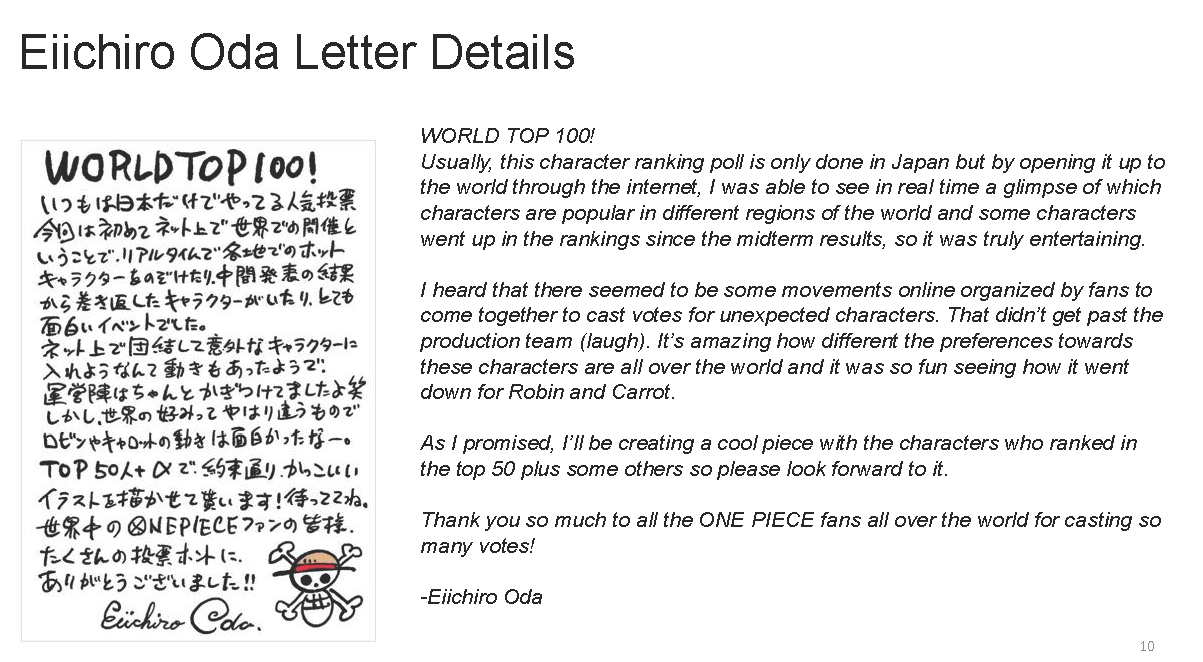 Voice actors of Luffy from around the world thank One Piece fans for their support! pic.twitter.com/TIX0Zhba9n

What do you make of the results of the One Piece World Top 100 poll? Did your favorite character make the cut? Let us know your thoughts on social media or in the comments down below!