Two years after their first sweep was discovered by a justifiably annoyed storefront owner, Amazon has once again decided to take action against the sale of a number of anime figures, repeating history by removing them from sale on their website and accusing the items of being used to “promote child exploitation or depict children or characters resembling children in a sexually suggestive manner.” 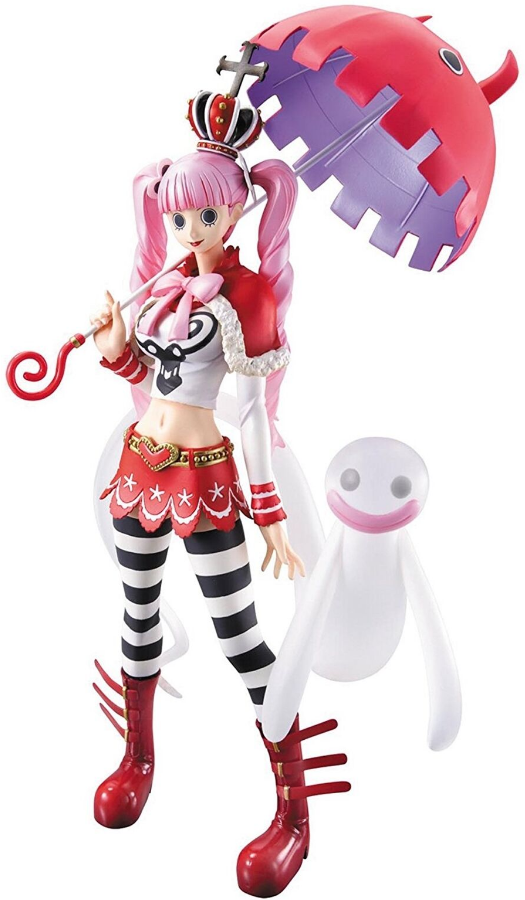 On March 20th, storefront owner Chuck Gaffney, whose vocal criticism of Amazon’s aforementioned 2018 removal of anime figures brought the initial event to widespread attention, found himself the subject of yet another wave of delistings, writing on his Twitter account, “Is anyone not seeing Amazon nuking practically every Nendoroid, figma, & Max Factor figure out of now where [sic] ?”

“I have like 4 emails with lists of figures I used to stock now banned from the site & permanently delisted!” added Gaffney. “I got to make a more detailed post on this, this is concerning.” 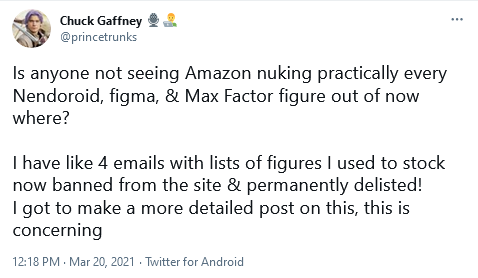 Following through on his goal of making a “more detailed post,” Gaffney would show “the most recent email” he had received from Amazon, noting that “in the recent week/weeks this is like the 4th such one with a bunch of figures now gone and marked (erroneously) as CP.” 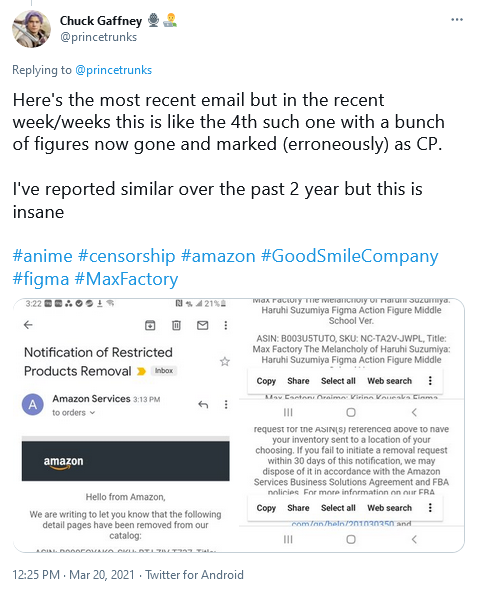 Fed up with their removal of his items, Gaffney proceeded to put Amazon “on blast,” revealing even more “emails of censored & erroneously flagged anime figures.”

“Nico Robin from One Piece is CP?!” exclaimed Gaffney. “This is what I warned two years ago when I saw the start of this. Anime figures are being banned now it seems.” 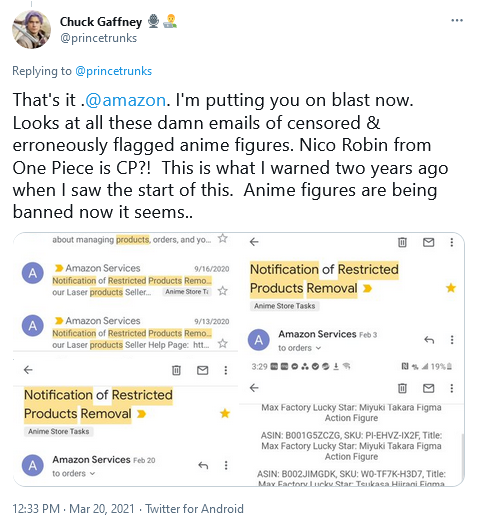 Gaffney continued, “All of these figures (granted yes, most out of production and rare now) are banned & [can’t] be sold on Amazon.”

“Try fighting amazon back and their support robotically just says ‘well, they been banned’,” he concluded. “No s*it..I’m trying to tell you idiots the ban has no merit.” 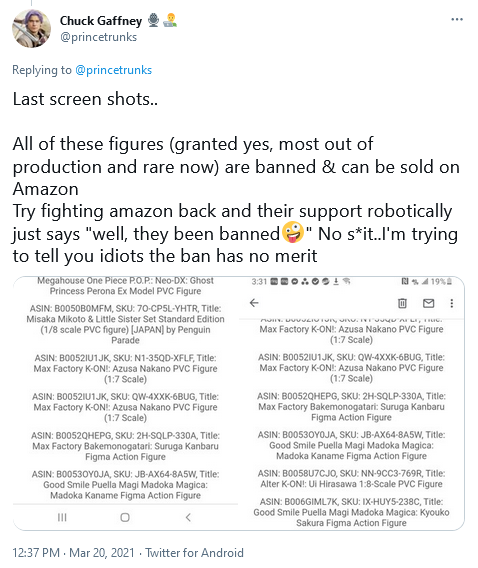 Despite Amazon’s accusations that the removed figures “depict children or characters resembling children in a sexually suggestive manner,” none of the banned items were explicitly sexual in nature.

In fact, most of the figures affected by Amazon’s ban were from Good Smile Company’s Nendoroid and Max Factory’s Figma lines including the Nendoroid of Oreimo’s Kirino Kousaka: 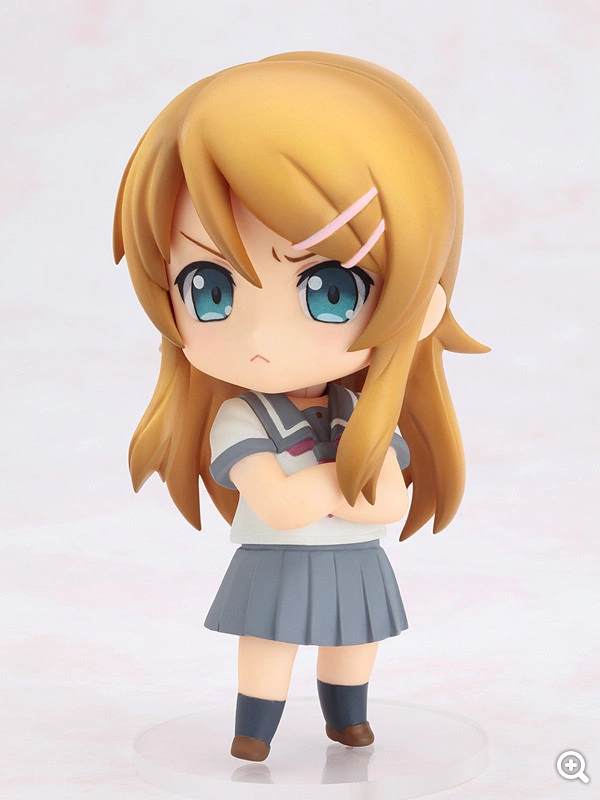 The Figma of Lucky Star’s Konata Izummi in her Summer uniform: 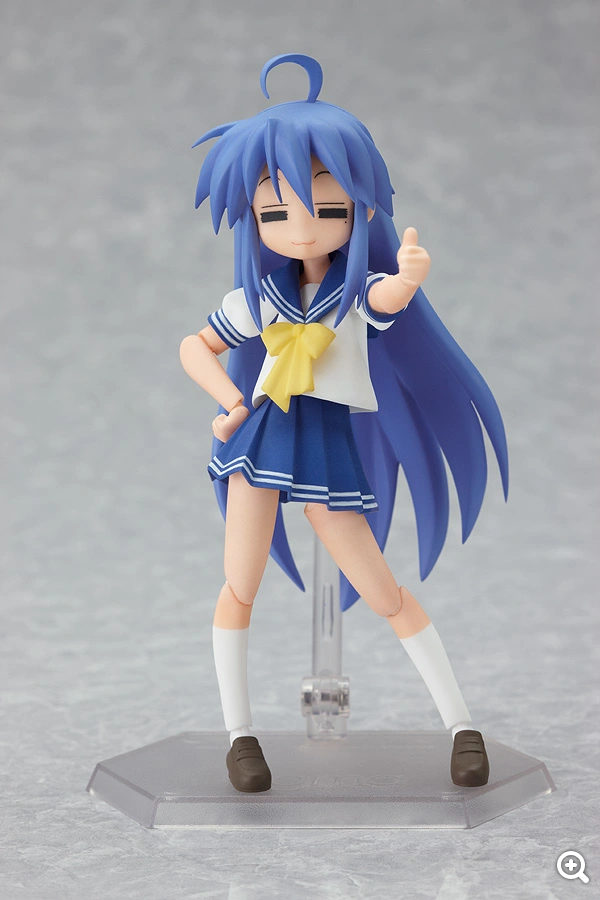 And the Figma of The Melancholy of Haruhi Suzumiya’s titular character wearing the Kouyou Academy uniform: 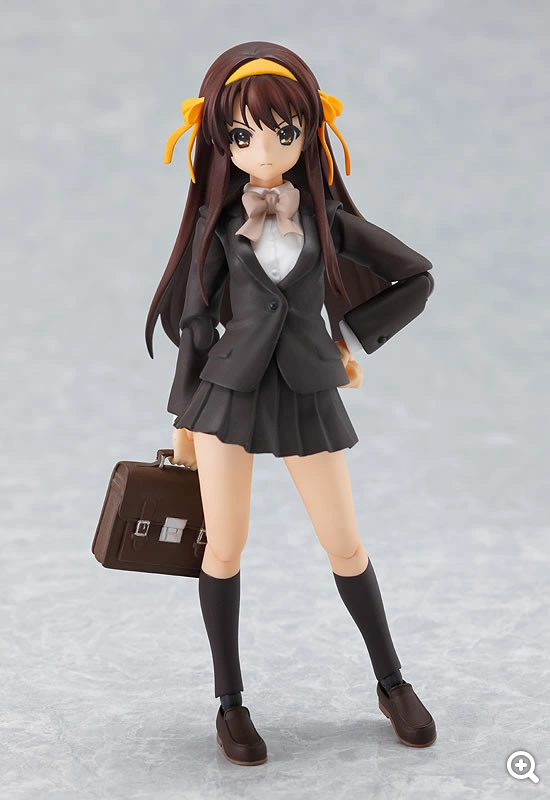 Even the most sexual figure affected by Amazon’s ban, Megahouse’s P.O.P line figure of One Piece’s Nico Robin, depicts the fanservice heavy character in one of her more tame-appearances: 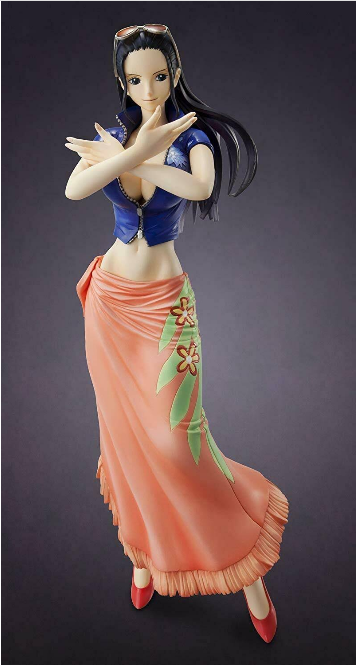 As partially confirmed by Twitter user @rayforcegames and later confirmed in full by Bounding Into Comics’ own search, the removal of these items appears to be limited to the United States, as every one of the specific figures featured above is still available for purchase on Amazon’s Japanese site, Amazon.jp. 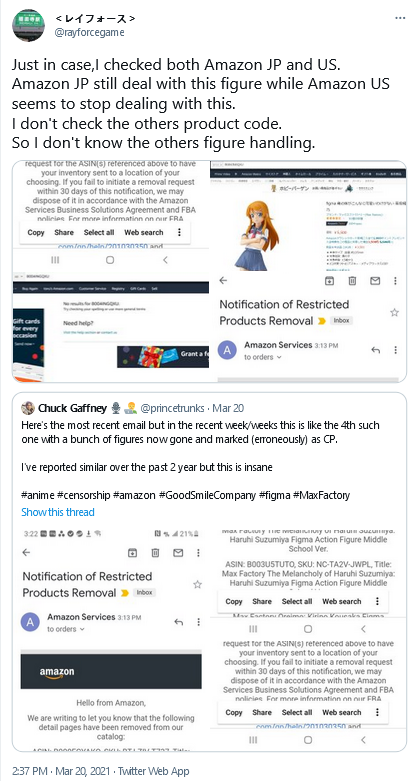 However, this was not the end of Gaffney’s frustrations. Two days after making his grievances with the company public, the storefront owner revealed that, “Amazon just sent me yet another list of figures they banned!!”, one of which was a Nendoroid of the Touhou Project’s Cirno: 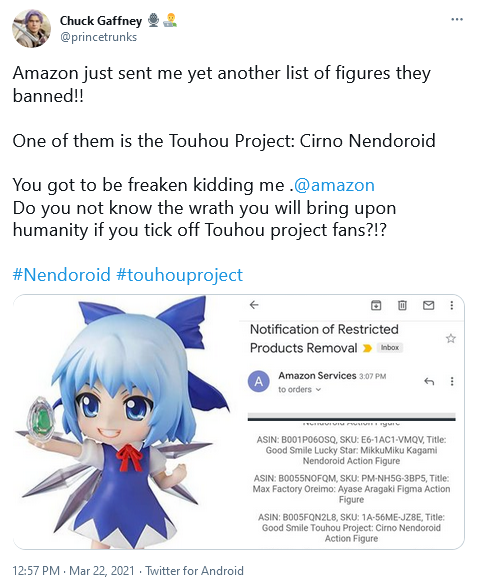 What do you make of Amazon’s second round of anime figure removals? Let us know your thoughts on social media or in the comments down below!