Los Angeles comedian, podcaster, and roaster Tony Hinchcliffe is currently making headlines over a performance of his stand up routine that took place last week in Austin, Texas.

As first reported by TMZ, Hinchcliffe was brought up to the stage by fellow Asian comedian Peng Dang, where as soon as the comedian got a hold of the microphone, he proceeded to roast Dang by making use of racial slurs and an exaggerated Asian accent.

“How about one more time, for the filthy little f***ing c***k that was just up here,” Hinchcliffe said as soon as he walked on stage, before turning to roast the audience by calling them race traitors.

“All you f***ing race traitors are hooping and hollering. I was back there watching you puking in a f***ing bucket,” he continued.

Hinchcliffe then proceeded to make use of a stereotypical Asian accent, exclaiming, “Oh, we make gunpowder! Oh, you want extra soy sauce! Oh, you borrow money from us! And you guys are just eating it up, you f***ing p***ies.”

The comedian’s opening monologue didn’t sit well with Dang, who later took to Twitter to share a 37-second clip of the routine and write, “Last week in Austin, I got to bring up Tony Hinchcliffe. This is what he said. Happy Asian (AAPI) Heritage Month!” 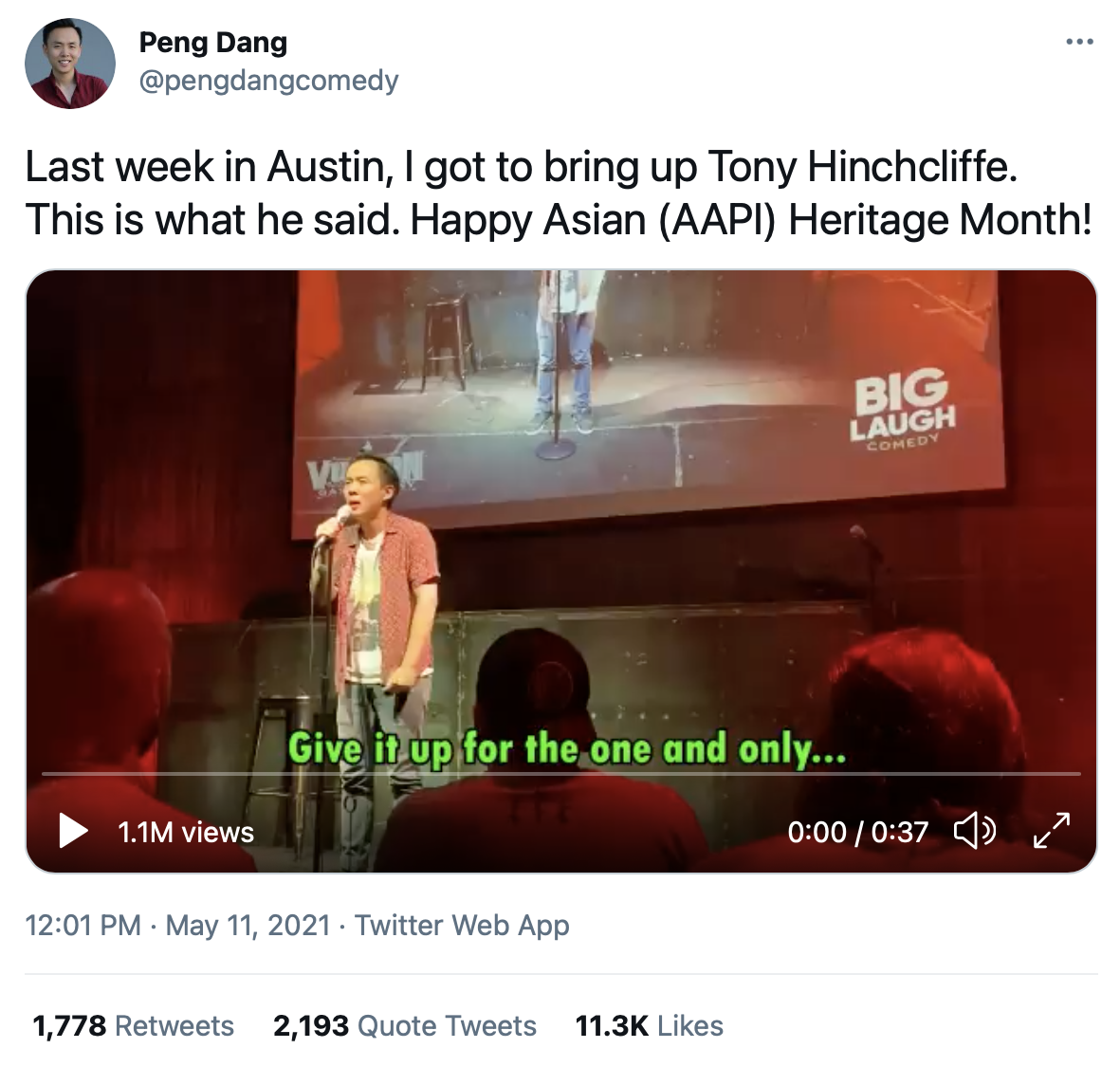 According to TMZ, unnamed sources close to WME have said that Hinchcliffe has since been dropped by the talent agency, a development that reportedly happened earlier this week.

During an interview with TMZ, Dang actually mentioned that, “I’ve been in this country for almost 11 years. I lived in Alabama, Georgia, Texas, and I had never heard anybody that C-word. So, I was very, very shocked when I heard it.”

Dang went on to explain that his comedy routine — which came before Hinchcliffe’s — consisted of mostly “Stop Asian Hate” jokes. He also mentions that his routine was being positively received by members of the audience.

You can watch the full interview down below:

Comedian @pengdangcomedy joined us on @TMZLive to give us some more backstory into what had led up to Tony Hinchcliffe hurling a racial epithet aimed at Asians … and what was going on behind the scenes. Check your local listings for showtimes: pic.twitter.com/tb6yiFpsZP

While it is undeniably true that Hinchcliffe did go overboard with his opening monologue, some Twitter users have noticed that Dang’s routines also involve using race as a means of comedy, as seen in a tweet the Asian comedian shared last month.

“Led Zeppelin was telling us how white immigrants coming into this country,” wrote Dang alongside a link to a performance of this particular segment of his routine on his Instagram account.

If we give the clip a watch, we can see Peng Dang mocking white immigrants, while echoing Led Zeppelin’s iconic “Ah-ah, ah!” chorus from what is possibly one of the English band’s most recognisable songs: Immigrant.

Some of the comments that can be found on Dang’s “White Immigrants” tweet point out the Asian comedian’s hypocrisy, not to mention how unfunny the sketch seemingly is.

“That’s literally not what that song is about,” expressed Twitter user @remy10099 in his reply to Dang’s original tweet.

“Had nothing to do with The United States or ‘white immigrants,'” the user explained, while also adding that, “Your comedy is awul”

“Amazing how you have the nerve to complain about racism when you make racial tweets like this that aren’t funny,” stated Twitter user @usnationalism76.

Hinchcliffe took things far, granted, but Dang should also recognize the hypcorisy of his willingness to point fingers and cancel people for mocking other ethnicities.

Reverse the roles and have Dang making the same routine Hinchcliffe did, and chances are that not many people, if any at all, would be complaining. With that said, Hinchcliffe has yet to address the situation and explain what his routine was all about.

Whatever the case, this seems to be great publicity for the up-and-coming Asian comedian, as Dang’s Twitter account has gained over 400 hundred followers within the past 24 hours. 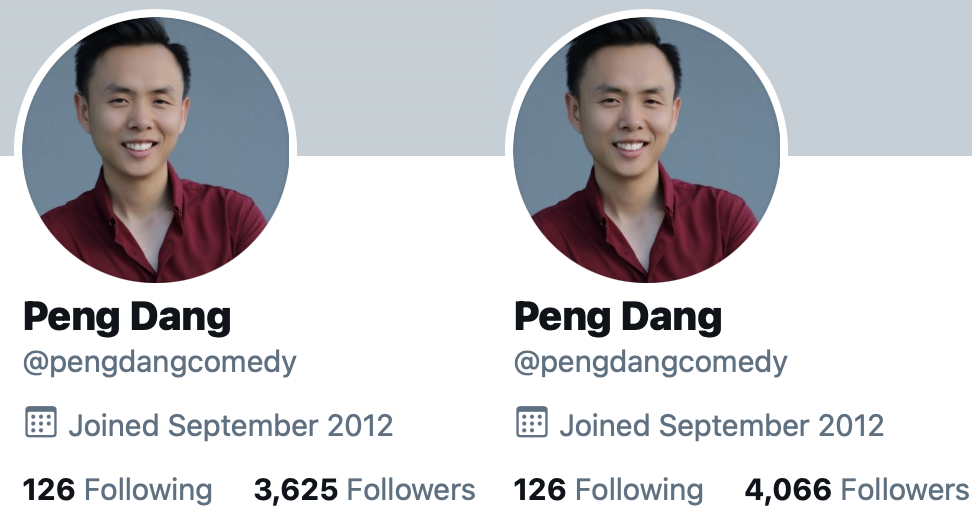 This is but mere speculation, but given this situation, it’s likely these followers didn’t take interest in the comedian because of his comedy routines.

What do you make of this whole situation involving Tony Hinchcliffe and Peng Dang? Let us know in the comments section down below or on social media.