Actor Demi Lovato recently posted a video where the actor claims to be non-binary and instructs people to now use they/them pronouns. 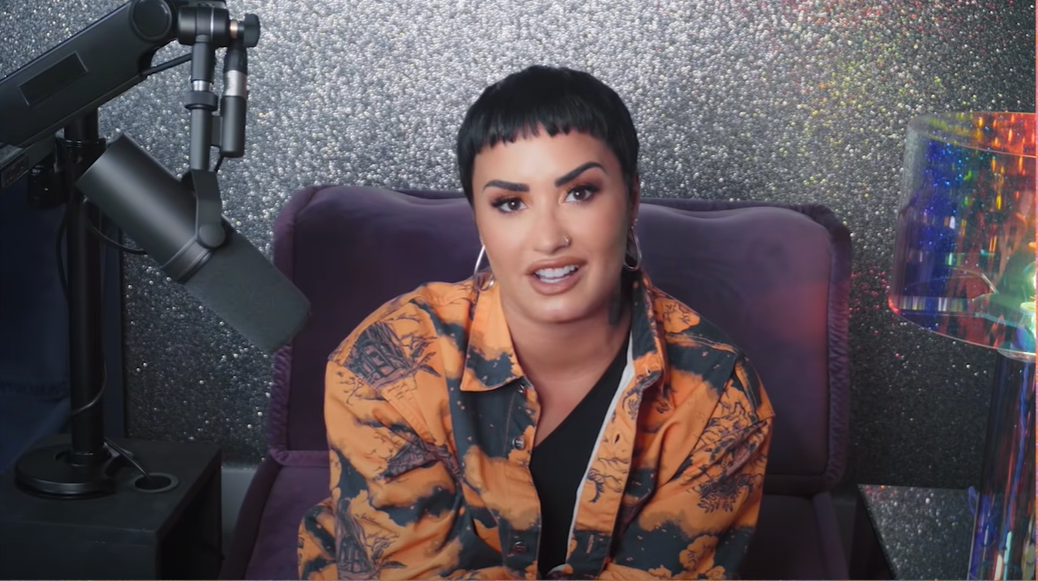 The video comes a month after Lovato attempted to cancel a yogurt shop, The Bigg Chill, in Los, Angeles, California because the actor was upset that she had to “walk past tons of sugar free cookies/other diet foods before you get to the counter.”

She went on to claim the shop was using harmful messaging and labeled them #DietCultureVultures.

The Bigg Chill did not take Lovato’s attack lying down, They responded, “We cater to all of our customers’ needs for the past 36 years. We are sorry you found this offensive. We carry items for Diabetics, Celiac Disease, Vegan and of course have many indulgent items as well.” 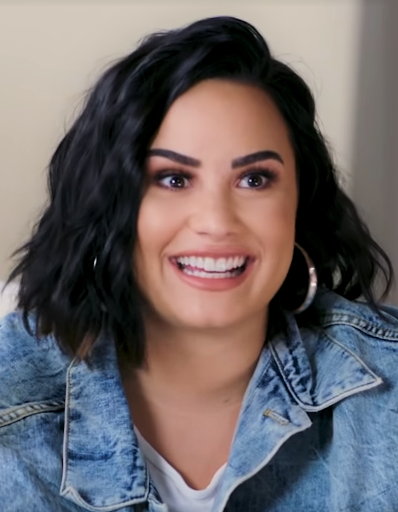 Lovato would then go on the attack stating, “Your service was terrible.” She continued, “The whole thing was triggering and awful. You can carry things for other people while also carrying for another percentage of your customers who struggle DAILY just to even step foot in your store.”

The actor then added, “You can find a way to provide an environment for all people with different needs. Including eating disorders – one of the deadliest mental illness only second to opioid overdoses. Don’t make excuses, just do better.”

Now, a month after this, Lovato shared a video to Twitter, claiming she’s non-binary and she wants to use they/them pronouns.

Every day we wake up, we are given another opportunity & chance to be who we want & wish to be. I’ve spent the majority of my life growing in front of all of you… you’ve seen the good, the bad, & everything in between. pic.twitter.com/HSBcfmNruo

She states, “Living in the fourth dimension means existing consciously in both time and space. But for me it means having conversations that transcend the typical discourse. I want to take this moment to share something very personal with you.”

Lovato continues, “Over the past year and a half, I’ve been doing some healing and self-reflective work. And through this work I’ve had the revelation that I identify as non-binary. With that said I’ll officially be changing my pronouns to they/them.”

The actor then adds, “I feel that this best represents the fluidity I feel in my gender expression and allows me to feel most authentic and true to the person, I both know I am and still am discovering.”

In a subsequent tweet, Lovato wrote, “Not only has my life been a journey for myself, I was also living for those on the other side of the cameras.”

In another one the actor wrote, “Today is a day I’m so happy to share more of my life with you all- I am proud to let you know that I identify as non-binary & will officially be changing my pronouns to they/them moving forward.” 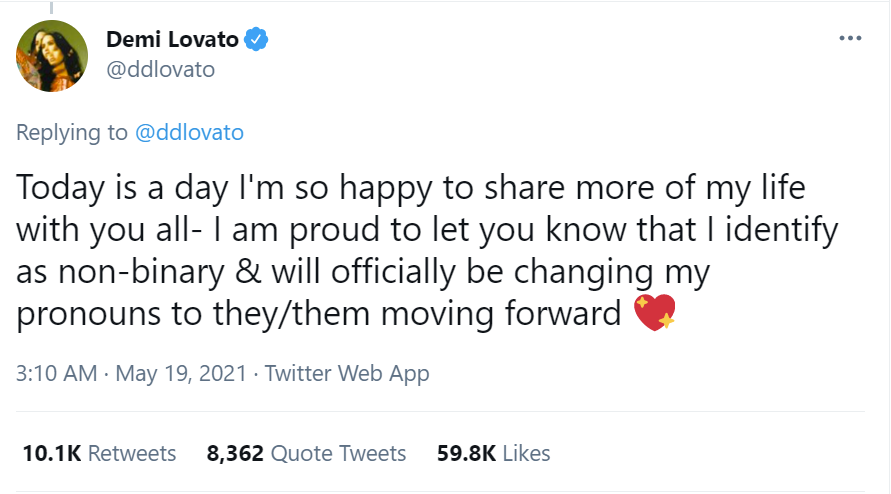 She then tweeted again, “This has come after a lot of healing & self-reflective work. I’m still learning & coming into myself, & I don’t claim to be an expert or a spokesperson. Sharing this with you now opens another level of vulnerability for me.” 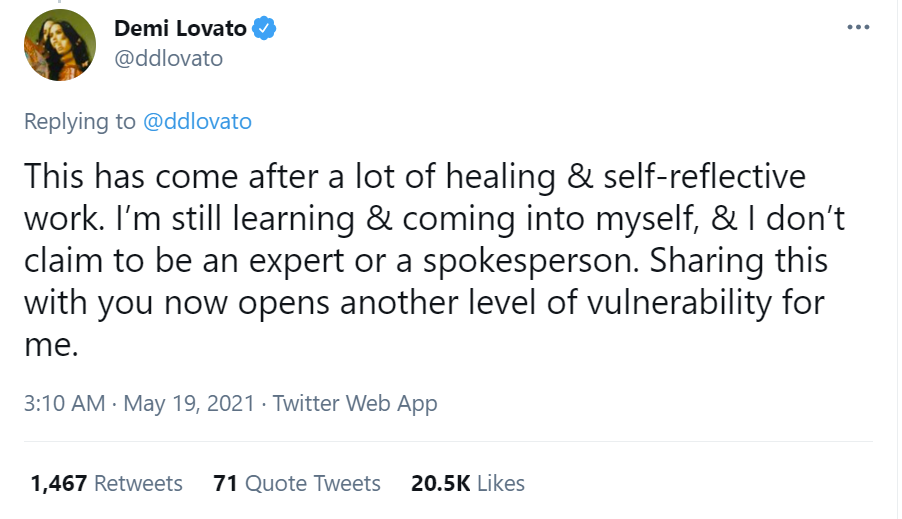 “I’m doing this for those out there that haven’t been able to share who they truly are with their loved ones. Please keep living in your truths & know I am sending so much love your way xox, ” Lovato concluded the tweet thread. 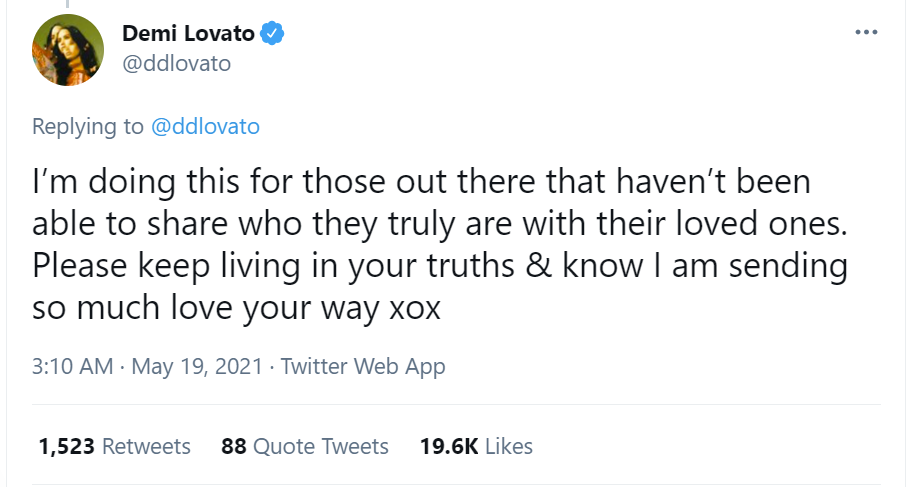 What do you make of Lovato now claiming she’s non-binary and she will use they/them pronouns?