Sandberg took to Twitter to show off the first look.

He stated, “Don’t know how long we can keep the new suits from leaking so here’s a pic I took the other day.” 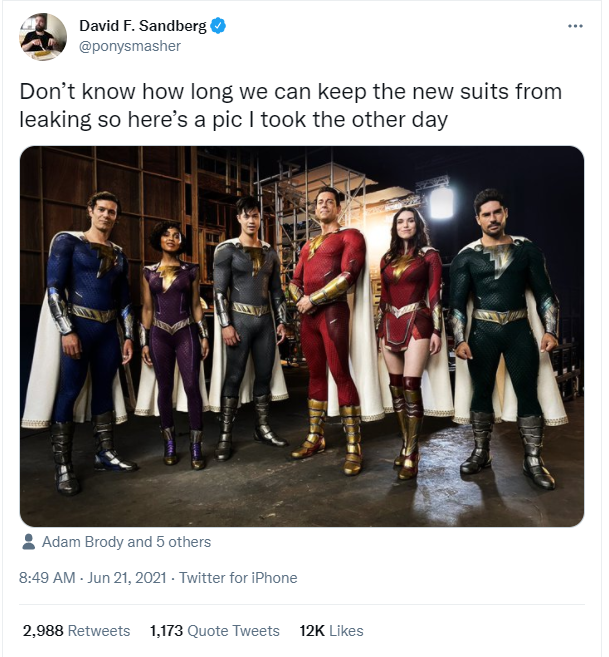 He wrote, “Yes, Grace now plays both parts. But her hair and makeup is slightly different when she’s super so nobody will ever recognize her. Hey, it works for Wonder Woman!” 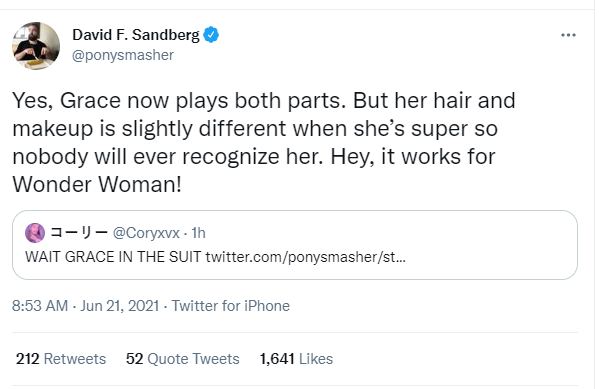 Not many official details about Shazam! Fury Of The Gods have been revealed. However, a rumor from The Illuminerdi in October speculated the main foes in the film would be the Three Faces of Evil also known as Terror, Sin, and Wickedness.

In the comics, the being was originally trapped by The Wizard within the Rock of Eternity. 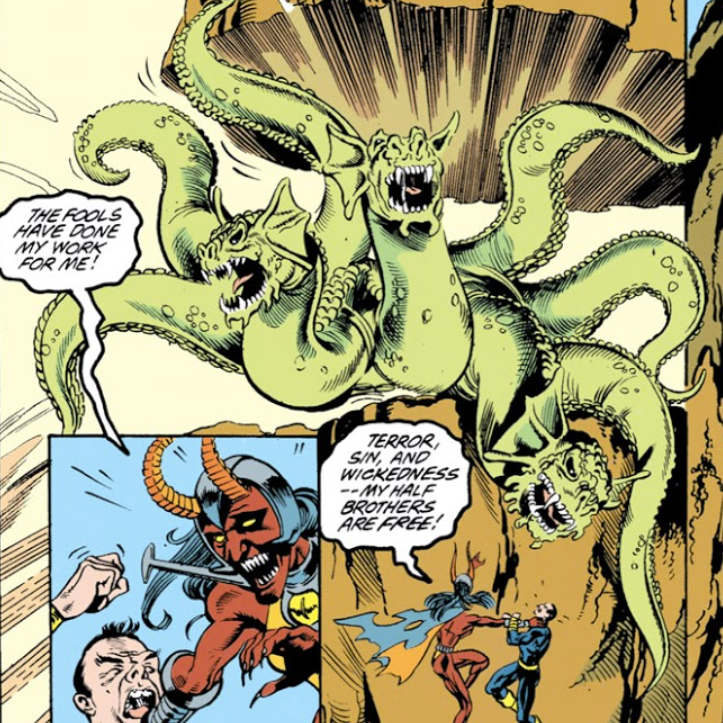 Source: The Power of Shazam #12

While the villain is typically depicted as a hydra, The Illuminerdi believes the character might be depicted as three separate women based on their own rumor that “three more adversaries have been added to the cast-listings for the DCEU film.”

They went on to add these three adversaries were described as “Sisters” and they would differ in age. 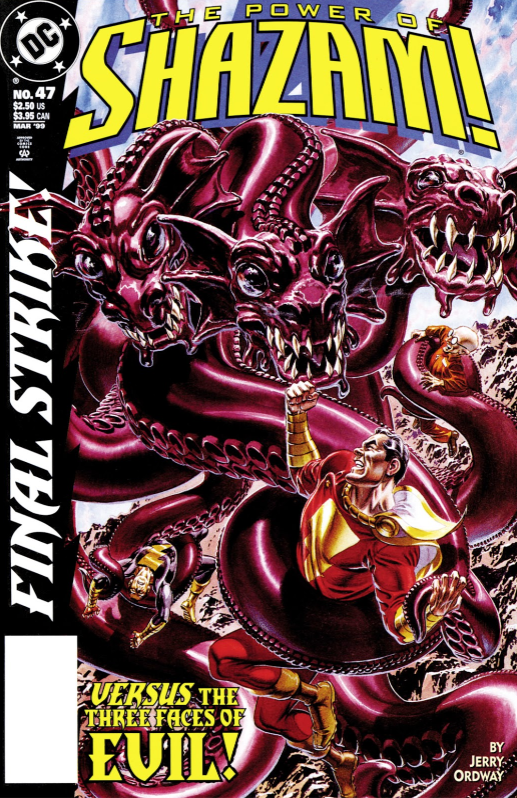 Source: The Power of Shazam #47

However, a report from Variety revealed that Lucy Liu would be playing the villainous Kalypso with Helen Mirren playing Hespera.

Variety speculated their connection to Shazam might come from the fact that in Greek mythology the two characters are the daughters of Atlas and Atlas is one of the source’s of Shazam’s powers.

The wizard Shazam tells Billy Batson after he first inherits his powers, “Carry my name and with it, you carry all of my powers. The wisdom of Solomon! The strength of Hercules! The stamina of Atlas! The power of Zeus! The courage of Achilles! And the speed of Mercury!” 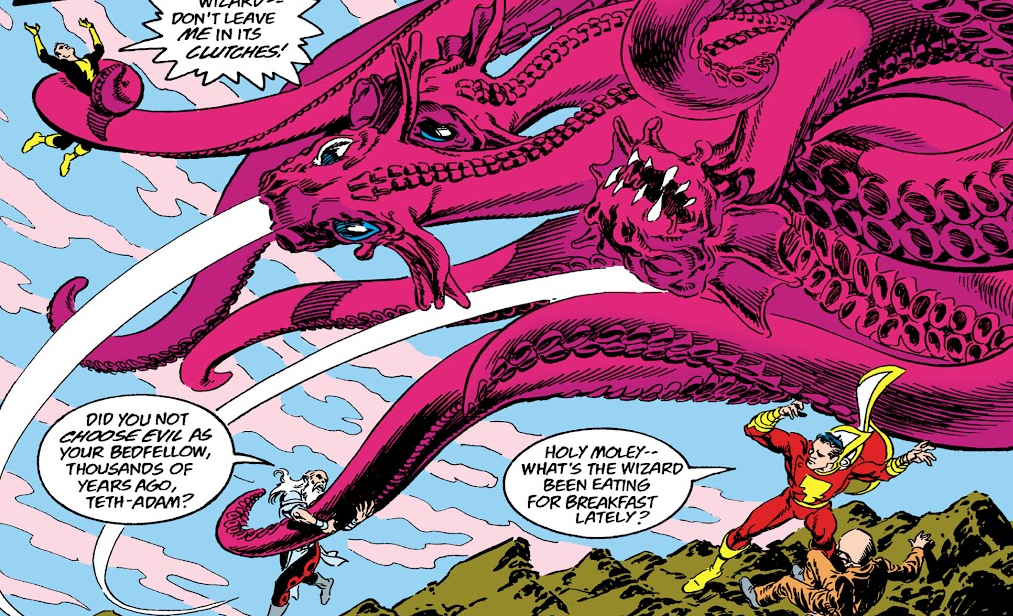 Source: The Power of Shazam #47

In Greek mythology, Calypso is a nymph who lived on the island of Ogygia. She attempted to make Odysseus her immortal husband and kept him prisoner on her island for seven years.

As for Hespera, she too is a nymph and one of a varying number of nymphs depending on the source who guarded the golden apples in the The Garden of the Hesperides, which extended to Mount Atlas.

Not only did the nymphs guard the garden, but Hera also placed in the garden the dragon Ladon. In one telling, the dragon is slain by the mighty Heracles when he is tasked to steal the golden apples from the The Garden of the Hesperides. 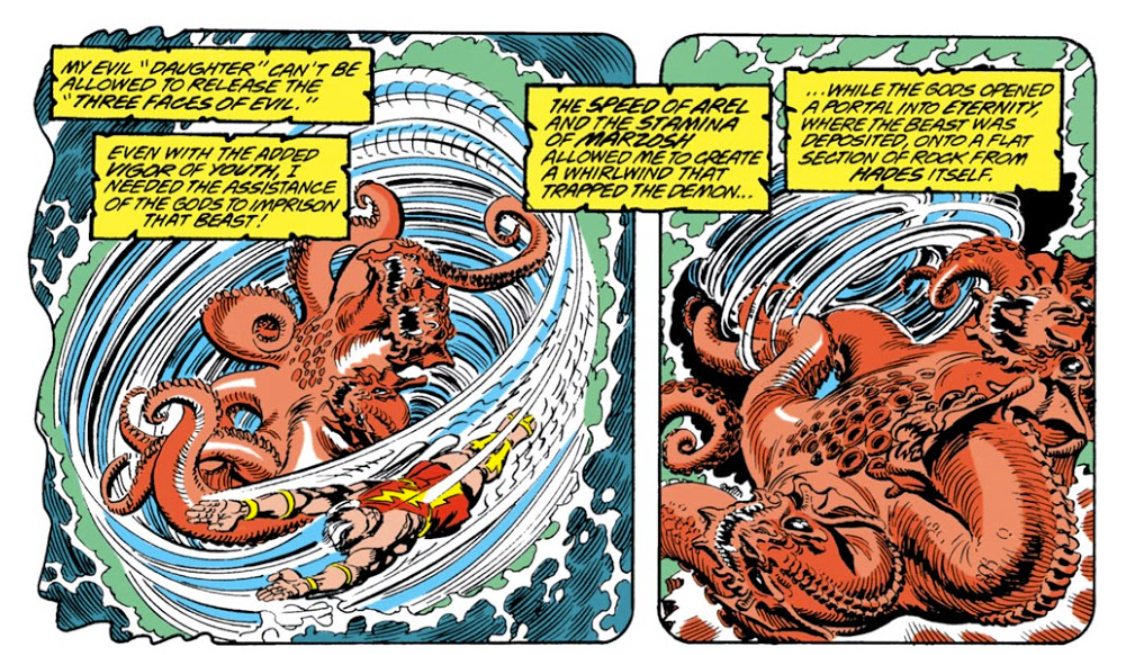 What do you make of the new suits for Shazam! Fury Of The Gods?