The series was announced back in May 2020 on the official Star Wars website. 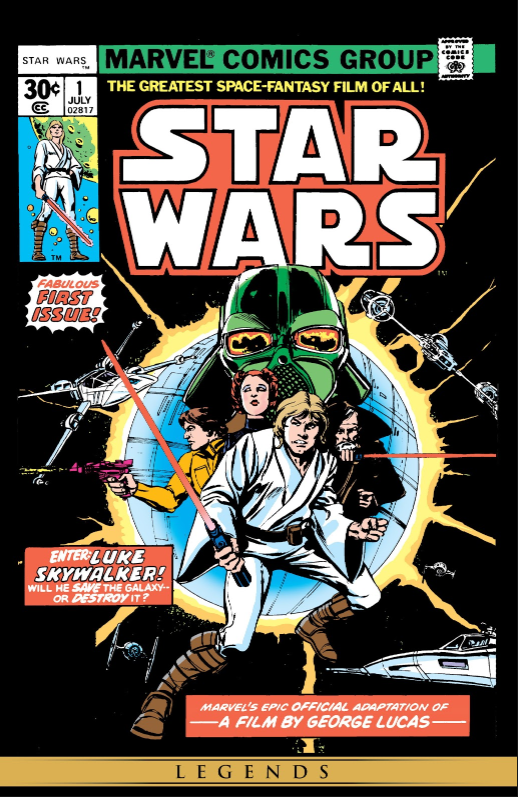 Star Wars added, “Headland will write, executive produce, and serve as showrunner for the series, which adds to a growing list of Star Wars stories for Disney’s streaming platform including The Mandalorian, now in post-production on Season Two, and two other previously announced series: one based on Cassian Andor’s life prior to the events of Rogue One: A Star Wars Story and another following the adventures of Obi-Wan Kenobi between Star Wars: Revenge of the Sith and Star Wars: A New Hope.” 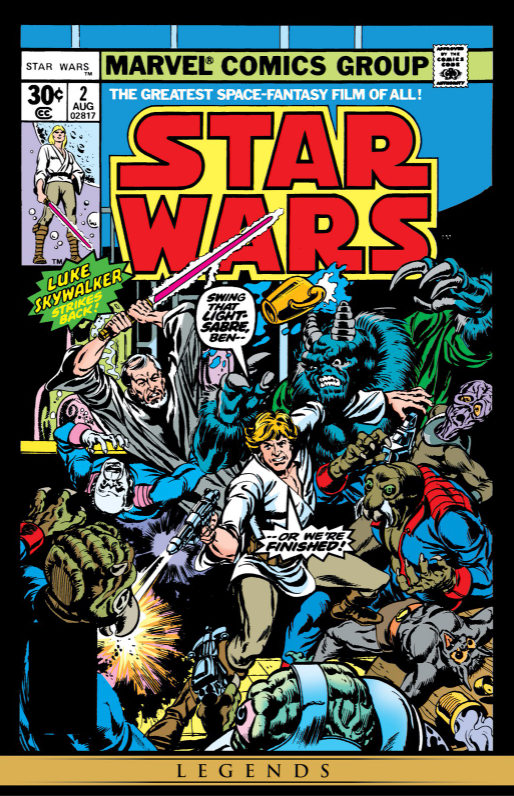 The show had previously been rumored to be female-centric by Variety in April 2020.

Their sources specifically described it as “female-centric” and that it would take place “in a different part of the Star Wars timeline than other projects.” 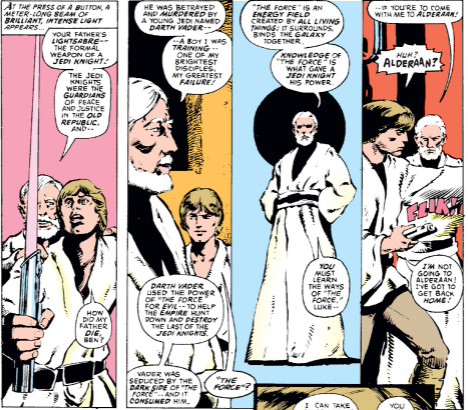 By November 2020, Headland confirmed the show would indeed be female-centric.

In an interview with YouTuber Fantastic Frankey, Headland stated, “Just because my show is technically yes, ‘female centric,’ meaning it centers around a female protagonist. I don’t think that necessarily excludes men from that space.”

Headland would go on to explain, “Listen, I relate to male characters all the time. Like I root for Mando. Like I root for Luke. I like deeply, deeply… Well, not sure how much I care about Han Solo anymore. When I was little I really liked him. When I watch him now, I’m kind of like, ‘Gosh a lot of my psyche makes sense now. Hmm. Ok.” 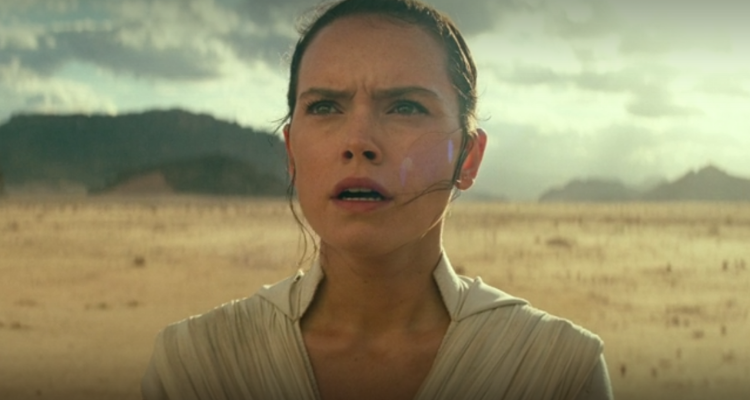 In that interview she also described the show as a tent revival.

She explained, “I kind of see like if Star Wars is a religion, which I think we kind of agreed for the purposes of this interview it is. I like to think of my show as a tent revival. You can come over if you want to. We are going to be talking about some cool stuff, there’s going to be some things we haven’t discussed in canon yet, there are going to be some characters you don’t know about.”

“I would love you to join us. I would love you to be interested in it. And if it’s not your thing, the cool thing about Star Wars right now is there is so much you can align yourself with and invest yourself in. And if you don’t like it, that’s fine,” she said.

Headland also explained the show would have an Indiana Jones vibe. 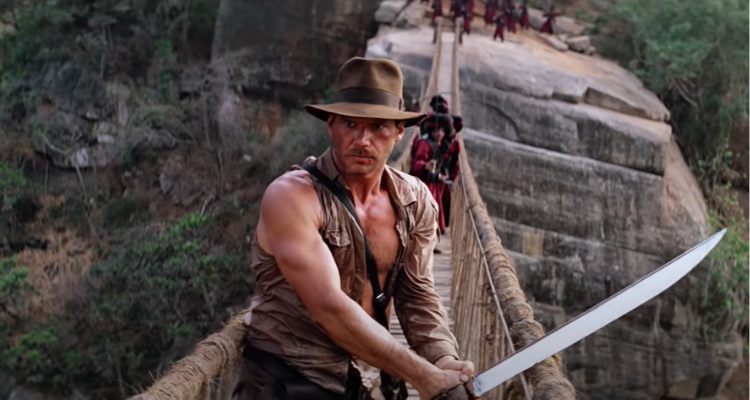 The show’s title and a few more details would be revealed at the Disney Investor Day 2020 presentation.

“The Acolyte is a mystery thriller that will take us into a galaxy of shadowy secrets and emerging Dark Side powers in the final days of the High Republic era,” she added.

Now, Headland has provided some more insight into the series in an interview with AV Club.

The Av Club’s Danette Chavez asked, “Now you have the opportunity to both talk the talk and walk the walk with this show. Obviously, I don’t know if there’s going to be any queer characters, I can only hope. But you have put together a writers’ room. What were your guiding principles there? What you were looking for in a writer?”

She explained, “Not ideologically, but artistically—people that kind of had different writing styles or were interested in different things, all that kind of stuff.

“But there was a certain intention, in terms of putting together a room that I felt like were people that I hadn’t been in a room with before, if that makes sense. I don’t think I can go much further into that, but like, ‘Oh, I haven’t had this experience yet, and because I think it’s weird that I haven’t had this experience yet,'” she elaborated. 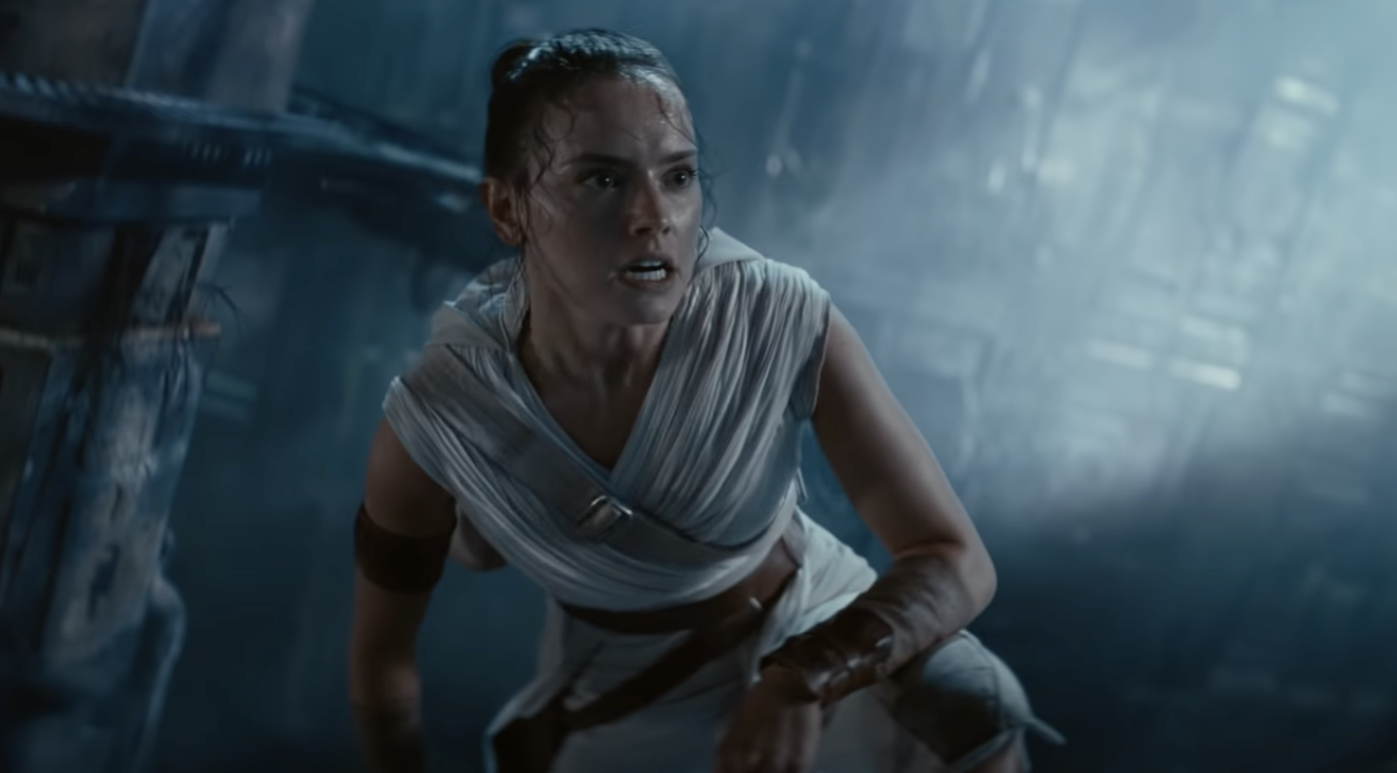 Headland would go on to discuss identity based dictates on representation in writers rooms.

She said, “Having worked in this industry for over a decade now and having been in a couple of writers’ rooms, I felt like the demographic breakdown of rooms, it’s not something you actively take into consideration.”

She continued, “For example, on Russian Doll, we ended up having an all-female writers’ room, but I don’t know if that was really something that we said at the front: “We were only going to hire women.” I think when you have a dictate like that, you’re closing your mind to, again, people that are going to challenge your particular artistic POV.”

“Mostly what I looked for were people that I felt could execute a great script, number one. And then in the job interview, just really talking to people who had different life experiences than I did, and had different connections to Star Wars than I did,” Headland stated. 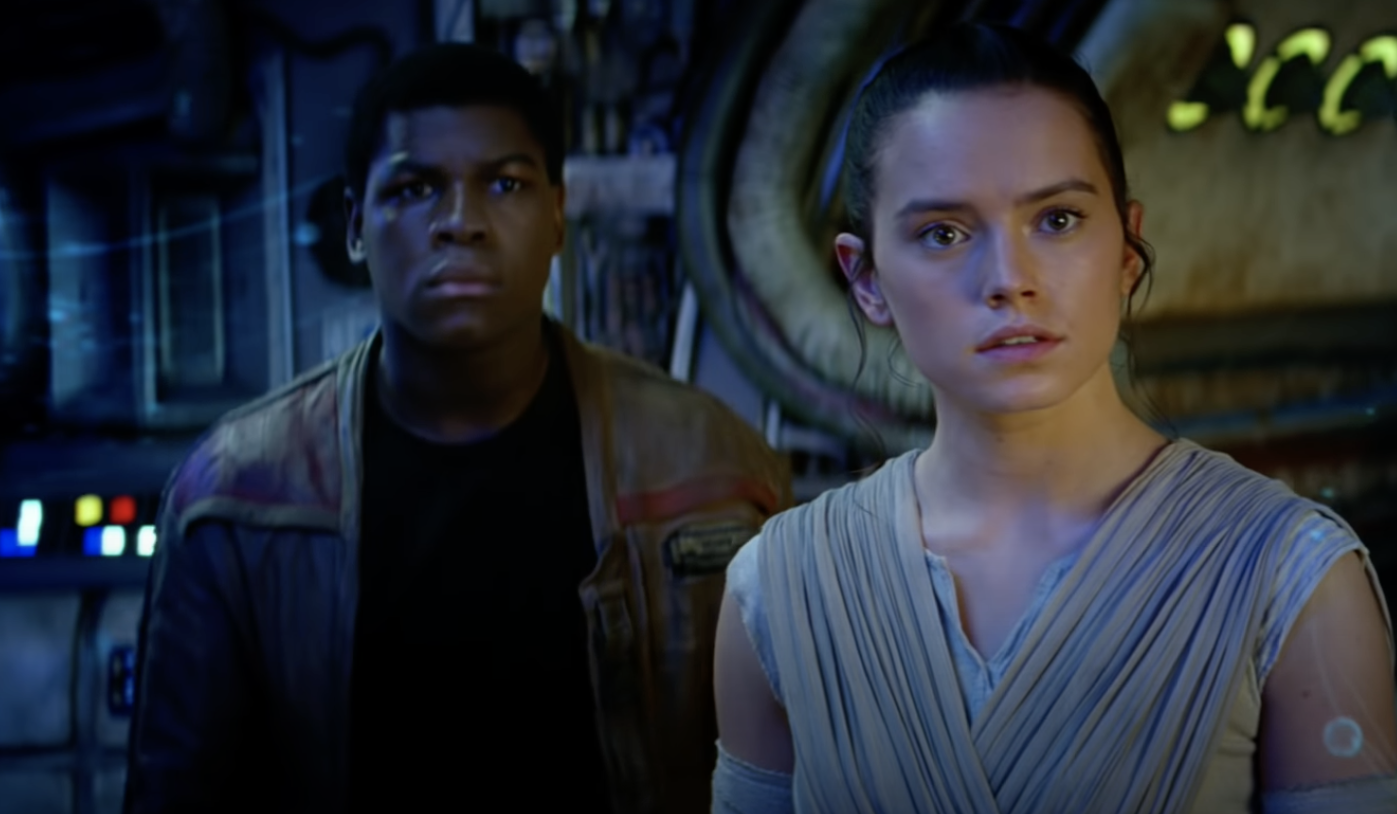 The showrunner then detailed she was looking for people with varying experiences when it comes to Star Wars including hiring someone who had never engaged with Star Wars at all.

Headland relayed, “What I also learned about hiring my room is that everyone’s fandom was very different. No one had the same experience with Star Wars. There were people like myself that were like later-in-life [Dave] Filoni acolytes.”

She continued, “I literally had one writer that was like, ‘I have never seen any of them. I’ve never seen any Star Wars media.’ And she’s texting me before we started the room, she’s like, “Luke and Leia are brother and sister, what the…?’ [Laughs.]”

Headland further detailed, “And it was so great, because I would really love to know from someone who is not fully immersed in this fandom, what do you think about the pitch we just made? So while she did her due diligence and did a lot of background work and research, at the same time, she was somebody that we would kind of talk to and say, ‘Okay, so if we take all the kind of signifiers out of it, and this is Star Wars version of X, what does it mean to you?’ She would be able to give some feedback: ‘Well, I’m kind of wondering what’s going on with this character. And in this scene, I’m wondering why so-and-so isn’t saying this.'” 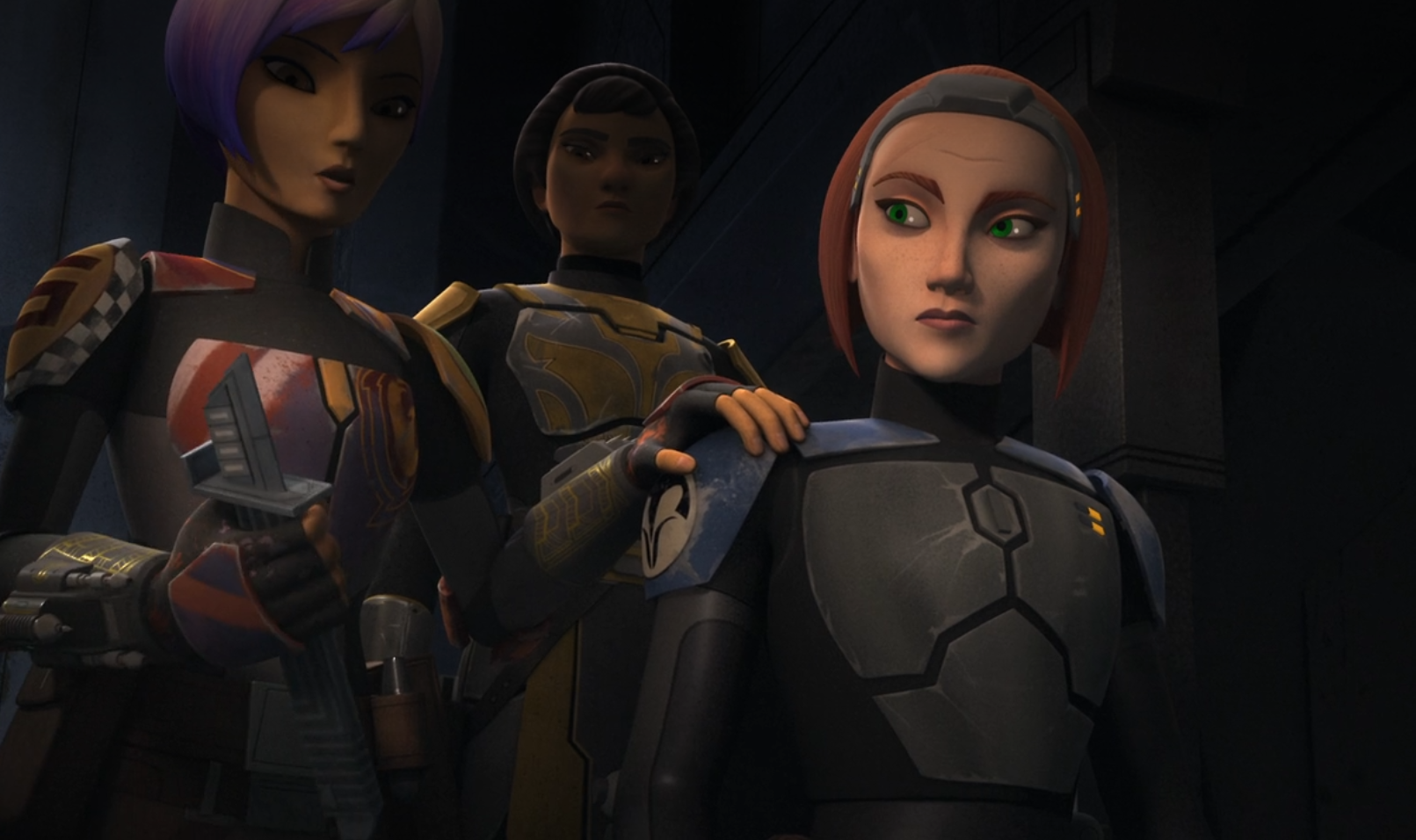 Headland then went further into detail about the writing room, “So that was what I really wanted—an active conversation between my writers and myself, and not so much a room full of people that would kind of just automatically agree with what I say. Which is good sometimes; sometimes it’s nice to have everybody love my pitch.

She further elaborated, “It’s not Star Wars, but I think a lot about [Jean-Luc] Picard, and the way that he would utilize his crew and say, “What do you guys think? Any suggestions? What should we do next?” And kind of hearing the debates and the sort of Socratic conversation that would result. I wanted to put the room together in that way.”

“That also means hiring people that are not necessarily the die-hard, cutthroat fan that I am when it comes to Star Wars stuff. It is weird to be the person who’s going, ‘Well, in 325 BBY,’ and everyone’s like, ‘What are you talking about?’ ‘Hold on, I’ll send you a link.’ Everyone’s like, ‘Should that be another person that’s doing that? Why is the showrunner doing that?’ And I’m like, ‘Here’s a picture, this is what he looks like,’ she explained.

Not only did she talk about the formation of her writing room, but while answering this question she also revealed what her favorite version of Star Wars is.

She added, “To me, that’s what Star Wars is, is being able to walk into a universe and start playing. If you can’t do that with the movie, television show, novel comic book, video game, then I’m not sure you’ve done what you need to do as a creator of Star Wars material.” 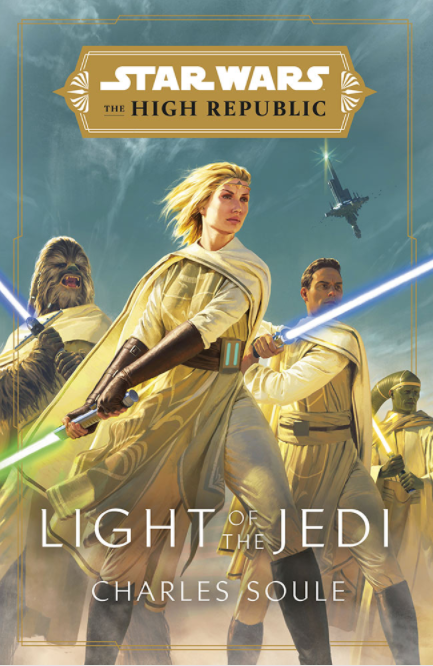 Headland also hinted that her story will be political and addressed concerns about fans not wanting Star Wars to be political.

She stated, “I mean, it’s funny, because a lot of the feedback that I’ll get—and I use the term feedback very lightly—but when I do go on social media, the feedback is ‘Don’t make Star Wars political.’ I’m like, ‘George Lucas made it political. Those are political films.'”

Headland elaborated, “War is, by nature, political. That’s just what’s up. It’s truly what he was interested in talking about and looking at and digging into. So it’s kind of impossible to tell a story within his universe that doesn’t have to do with something that has to be that the characters see externally reflected in whatever’s happening in the galaxy at that particular time period of when it takes place. You know?”

She concluded, “That’s another thing that we all kind of inherited from him as well, and hope to kind of keep reflecting in the work, hopefully.” 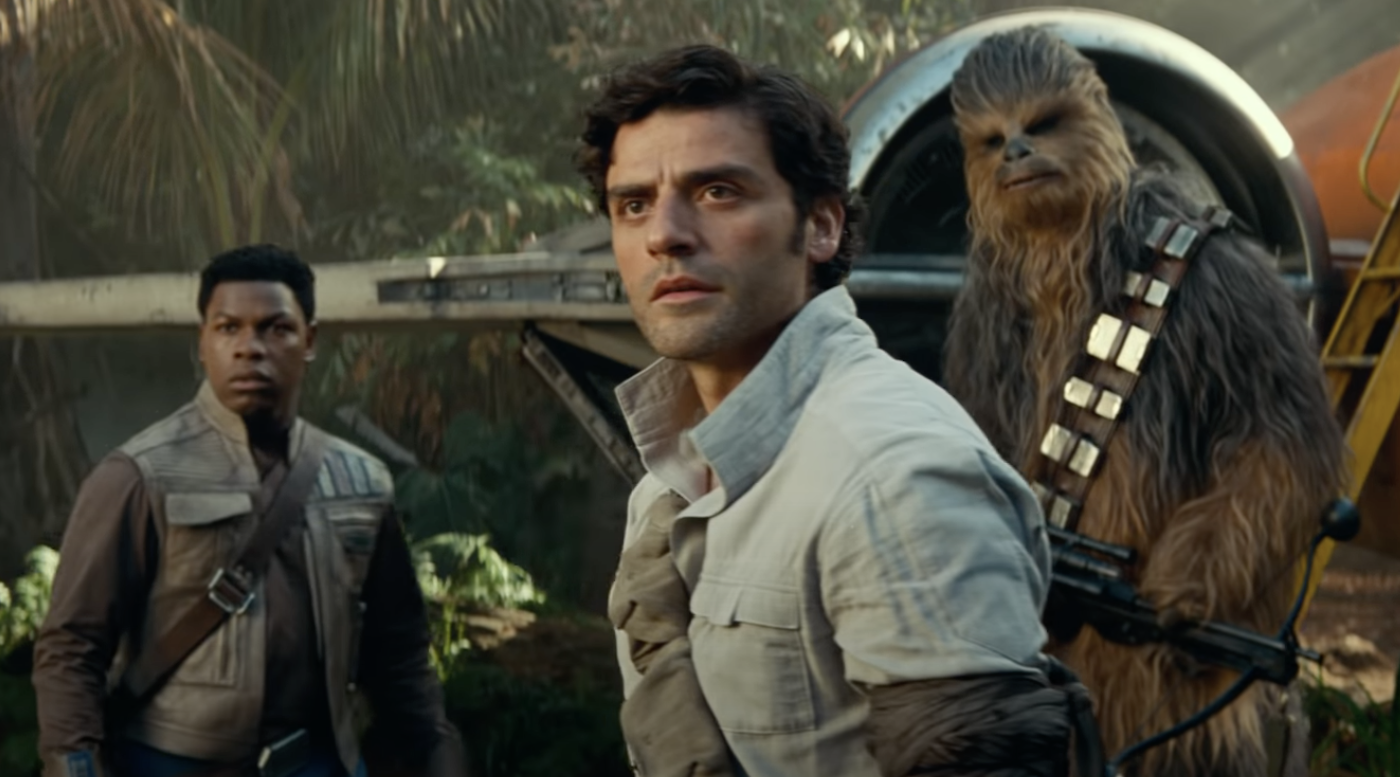 As for her goal with the show, Headland stated, “My goal here would be to create something that people can interpret in a couple of different ways, as opposed to there being one right way to love or consume a Star Wars product. I think you should, hopefully, be able to utilize it depending on where you are in your life and where you are in your fandom.”

What do you make of Headland’s comments?