Actor Dave Bautista recently advocated for Marvel and director James Gunn to adopt the classic Drax outfit for the upcoming Guardians of the Galaxy Vol. 3.

Bautista responded to a fan request to have him appear in the film with the classic and original Drax outfit.

The outfit appeared in Drax’s first appearance in Iron Man #55. In fact, it appears on the first page of the comic. 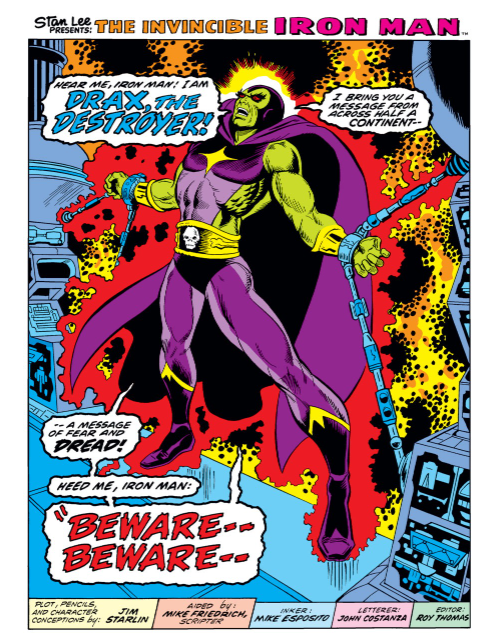 Twitter user Lonersequare would initially ask Bautista, “If you could negotiate things then would you wear something like this? Would you shorten the cape?” 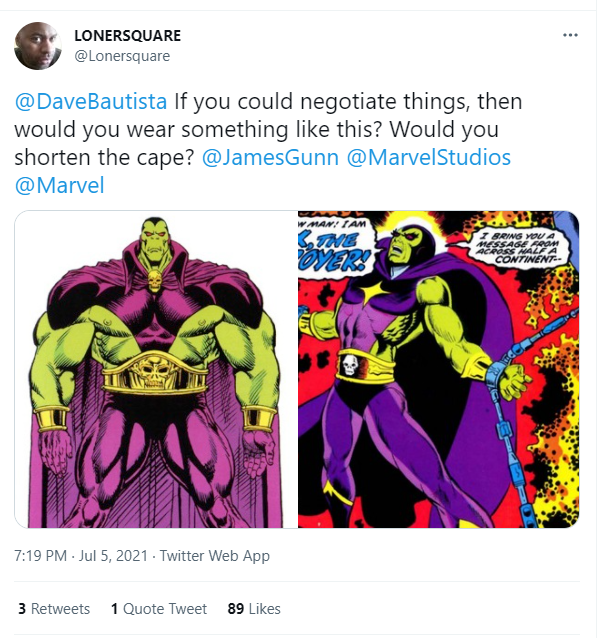 Director James Gunn would initially respond, “That’s too much like what Dave Bautista wears in his regular life. #BautistaLoungeWear” 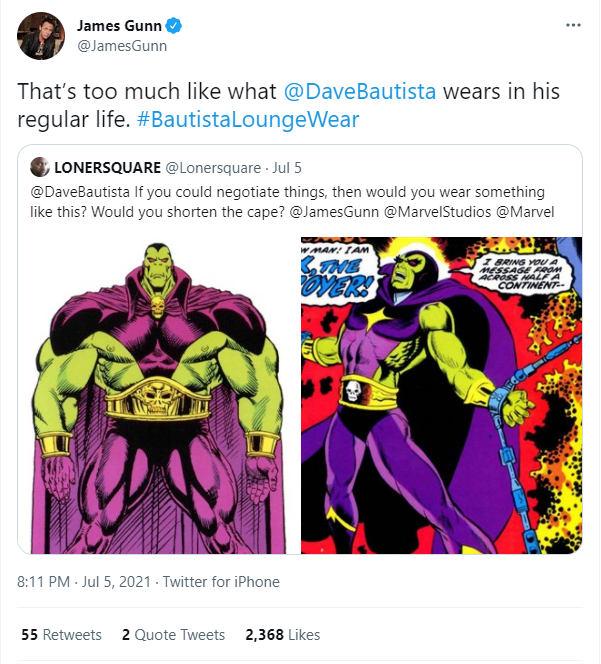 Bautista would then tweet, “I still say it will translate on to screen! And save production the cost of wardrobe! Think about it!” 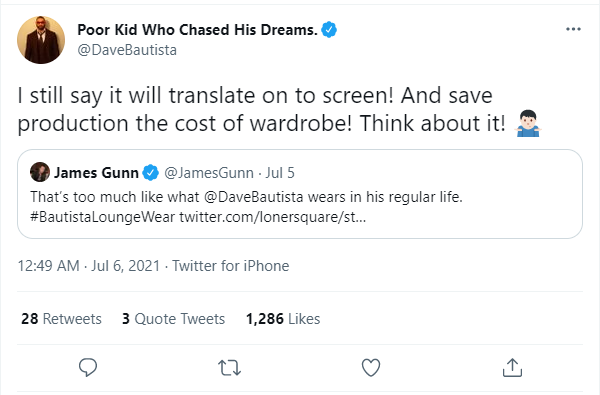 Bautista’s comments come shortly after he told Ellen Guardians of the Galaxy Vol. 3 would be his last outing as Drax and that the shirtless thing is becoming tough for him.

He first confirmed it would be his last movie, “It will. It’s weird because when I said it. I said it recently because I’ve been doing interviews and talking a lot about Guardians. And I didn’t think it was going to be news because I figured everybody assumed that this is how this works.”

“We work in trilogies, and James Gunn has already announced that it’s his last film, and when James is done, I’m done,” he asserted.

Bautista then commented about not going shirtless, “And I’m also going to be 54 years old by the time Guardians 3 comes out. And just like the shirtless thing is getting harder and harder for me.”

“The journey has come full circle, and I’m just ready to kind of step aside and wrap it up,” he concluded.

What do you make of Bautista’s comments? Would you want to see the original Drax costume show up in Guardians of the Galaxy Vol. 3?