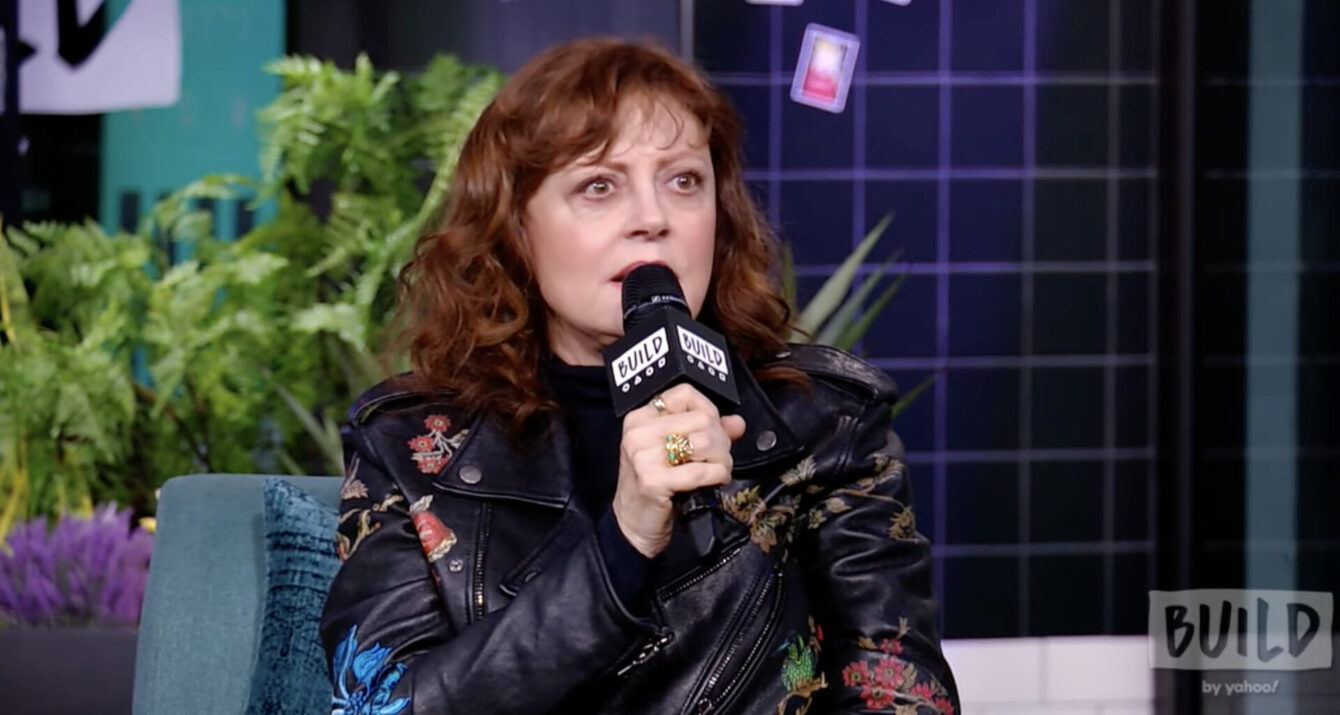 On July 26th, with megaphone in hand, Sarandon stood in front of the congresswoman’s Bronx office and expressed her disappointment in the Democratic Representative, calling out Ocasio-Cortez for not delivering on the various promises her and her colloquially named ‘Squad’ have made to the American people.

According to reports, Sarandon said, “I’m here to say to the Squad, and especially AOC — who, you know, did make a lot of promises — that we still have faith in you and we would like to see if you have a better plan than we’ve been able to see, please share it.”

“If there’s a pathway that you’ve got, that we’re not aware of, please share it, because we’re losing hope here that you represent us,” added the actress. “And it’s so difficult, for people that are independent to get elected in the first place, and then to see the very people that sponsored the bill not stand up for it,” Sarandon continued, adding, “It’s very disheartening.” 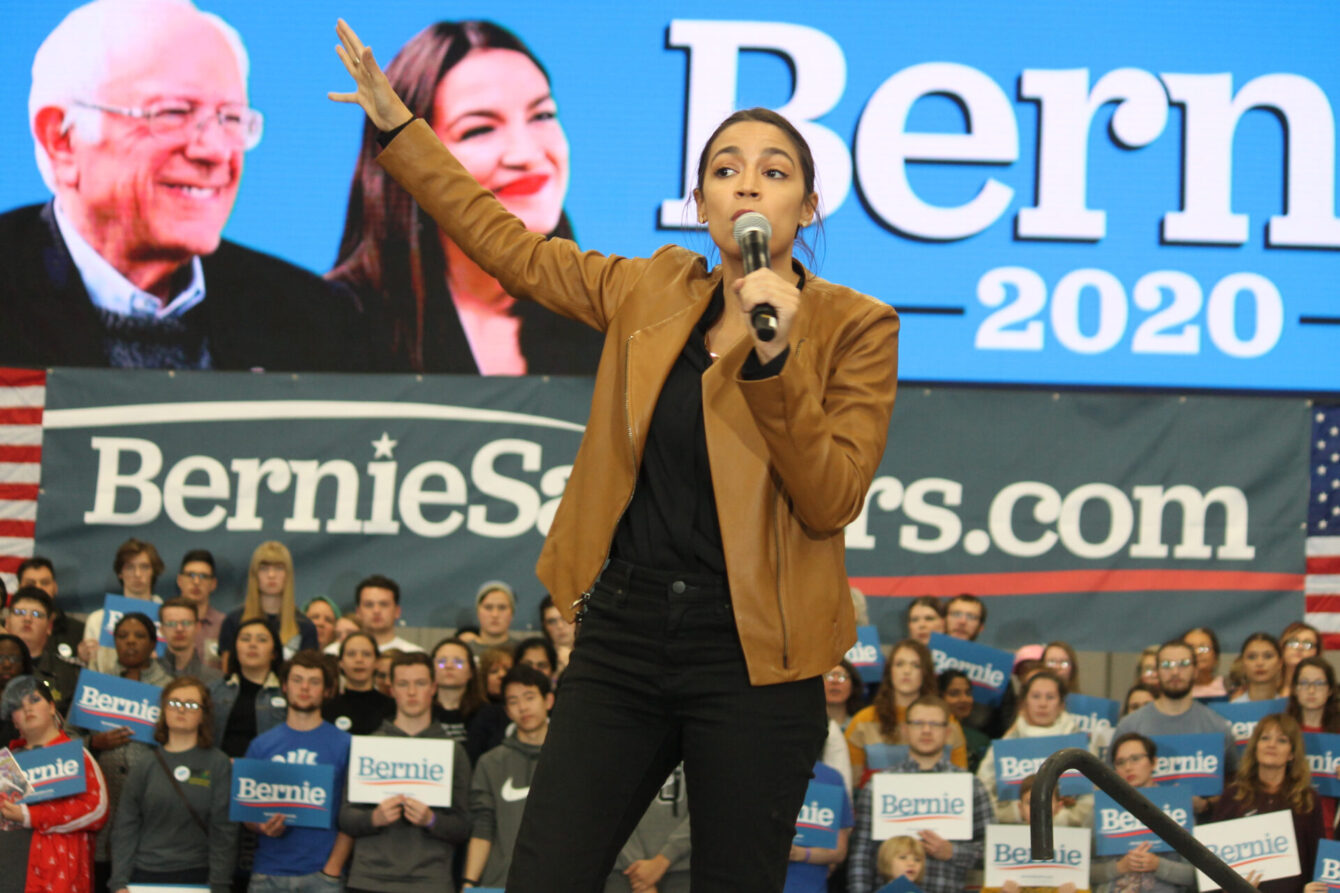 As per the event’s official website, Sarandon and other protesters were demonstrating to demand that Ocasio-Cortez call on President Joe Biden “to declare a pandemic public health emergency and expand Medicare to every American using Section 1881A of the Social Security Act.”

Frustrated with what they saw as a lack of commitment to her own Medicare for All campaign, protestors criticized how Ocasio-Cortez “didn’t demand a floor vote on it when you had the power to leverage the Speaker vote,” and “didn’t demand that single-payer be included in the pandemic recovery bill.”

Furthermore, attendees to the Medicare for All event not only demanded that the Representative be held accountable for her failed promises, but also accused her of never demanding that Biden “use Section 1881A of the Social Security Act to expand Medicare to every American by executive action.” 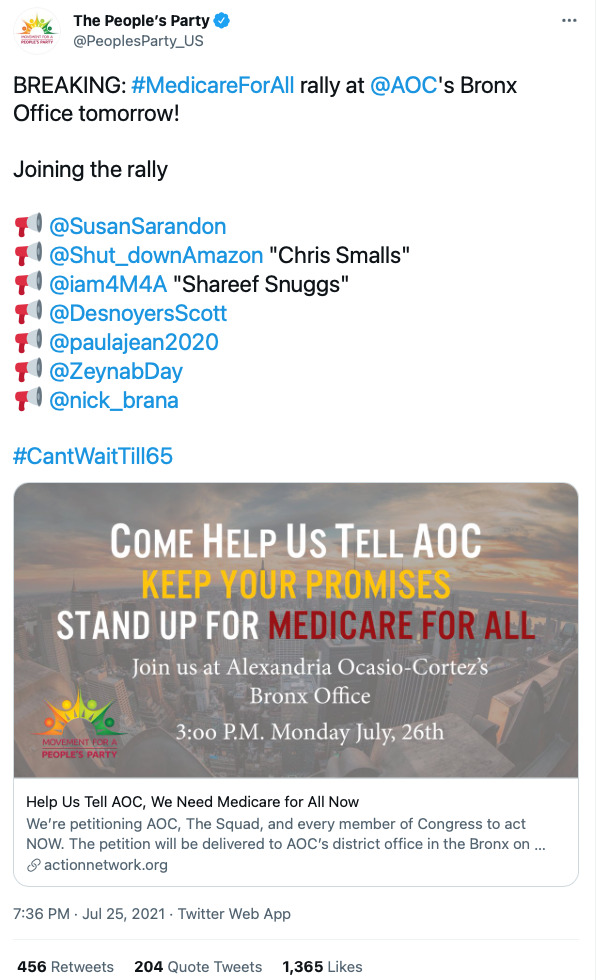 Protestors also demanded that Ocasio-Cortez to both “use every legislative tool available to pass Medicare for all in Congress,” and use her “huge social media followings, ability to get press, and celebrity” in order to organise direct actions for the healthcare campaign, asking that the Representative “meet with us, your own constituents, people affected by our horrific health care system,” as a means to organise and coordinate “a fearless new campaign for single-payer.”

This is far from the first time Sarandon has criticised left-leaning politicians. In fact, just earlier this year, Sarandon called out the Biden administration for not following through on delivering the $2,000 stimulus cheques that the now-President had continually promised during his time on the 2020 campaign trail. 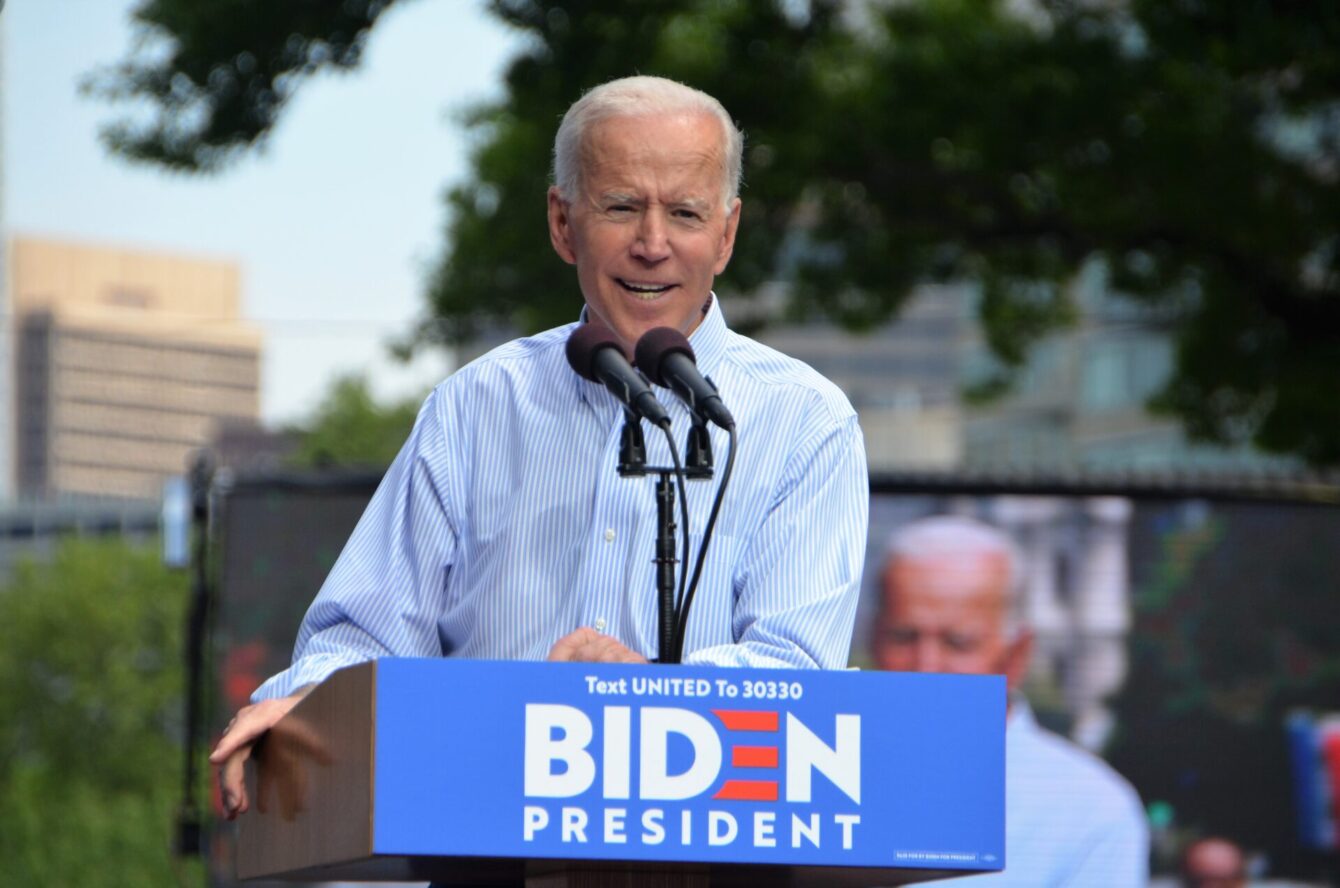 “Where are the $2K checks you promised @JoeBiden @KamalaHarris @ReverendWarnock @ossoff?” asked the disgruntled actress in a  February tweet. “At a time when only 39% of Americans could afford a $1,000 emergency & over 15 million have lost employer-sponsored health insurance, the diff between $1,400 & $2K is a matter of survival.”

In a follow-up tweet, she cautioned, “If voters feel like Dems are pulling a bait and switch, don’t be surprised when they don’t show up in 2022 or 2024.” 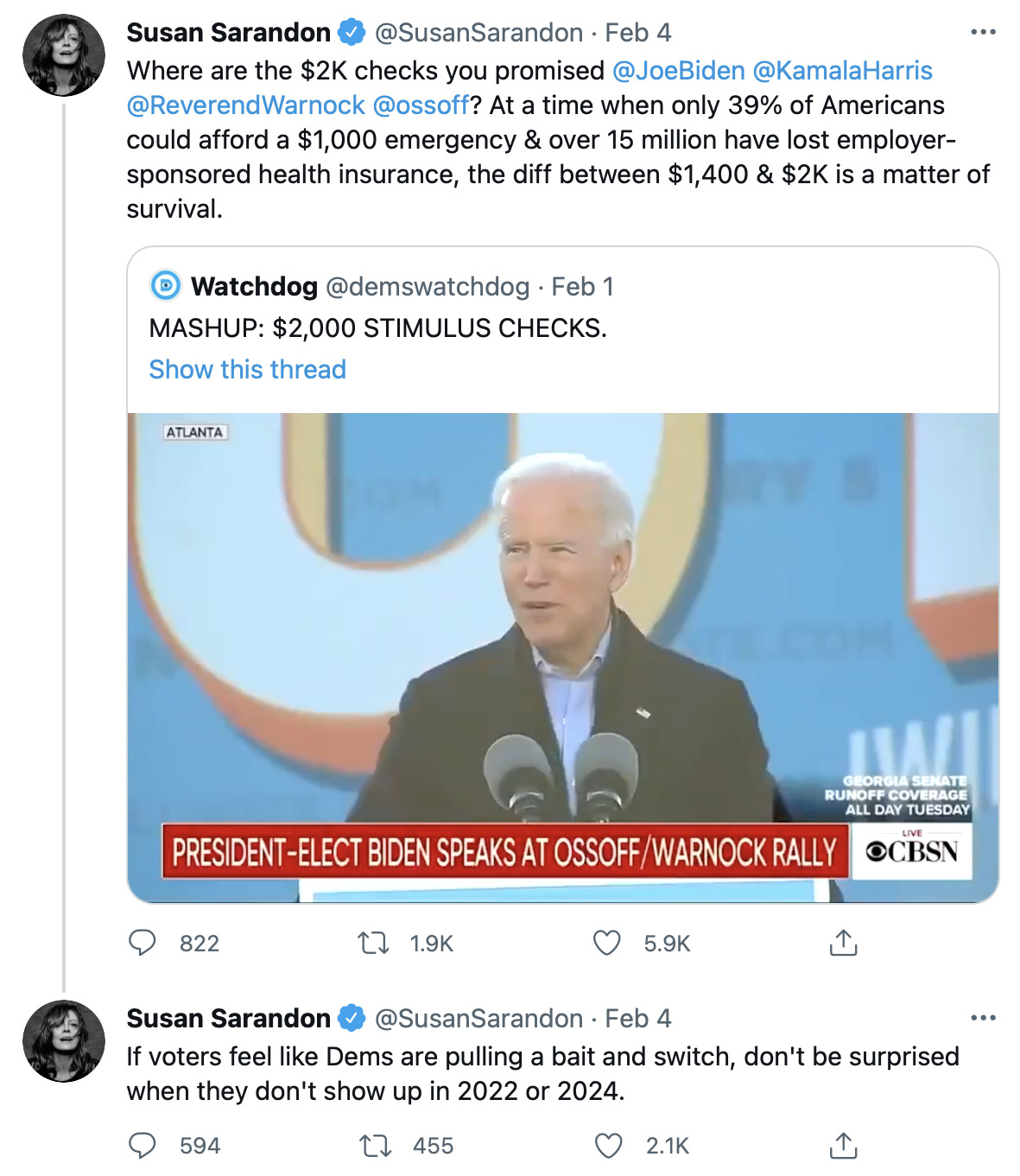 What do you make of Susan Sarandon protesting against Representative Alexandria Ocasio-Cortez(D-NY)? Be sure to let us know in the comments section down below or on social media!