The latest episode of Disney’s Muppet Babies has been accused of “child abuse” by Catholic League president Bill Donahue over how it depicts beloved series male mainstay Gonzo as a dress wearing princess, which he believes is an attempt to normalise the transgender ideology that “a boy can be a girl, and vice versa.”

Titled “Gonzo-rella”, which tells a short story based loosely on the all-time classic tale Cinderella, the episode in questions sees Gonzo upset because he wanted to wear a “princess dress” to the Royal Ball, but the the girls said he wasn’t supposed to because he’s a boy.

As the episode unfolds, Rizzo eventually reveals himself to be Gonzo’s “Fairy RatFather” and grants the blue Muppet his wish, giving him a blue dress (akin to the one Cinderella has worn in countless iterations of the classic folk tale. most notably Disney’s own animated version) to wear to the ball. However, In classic Cinderella fashion, the Fairy RatFather’s magic eventually wears off, and at the strike of “cake o’clock”, Gonzo-rella’s dress disappears.

By the end of the episode, Gonzo reveals to the other Muppets that he was the mysterious princess all along, saying that he didn’t reveal this fact sooner “because you all expected me to look a certain way.” 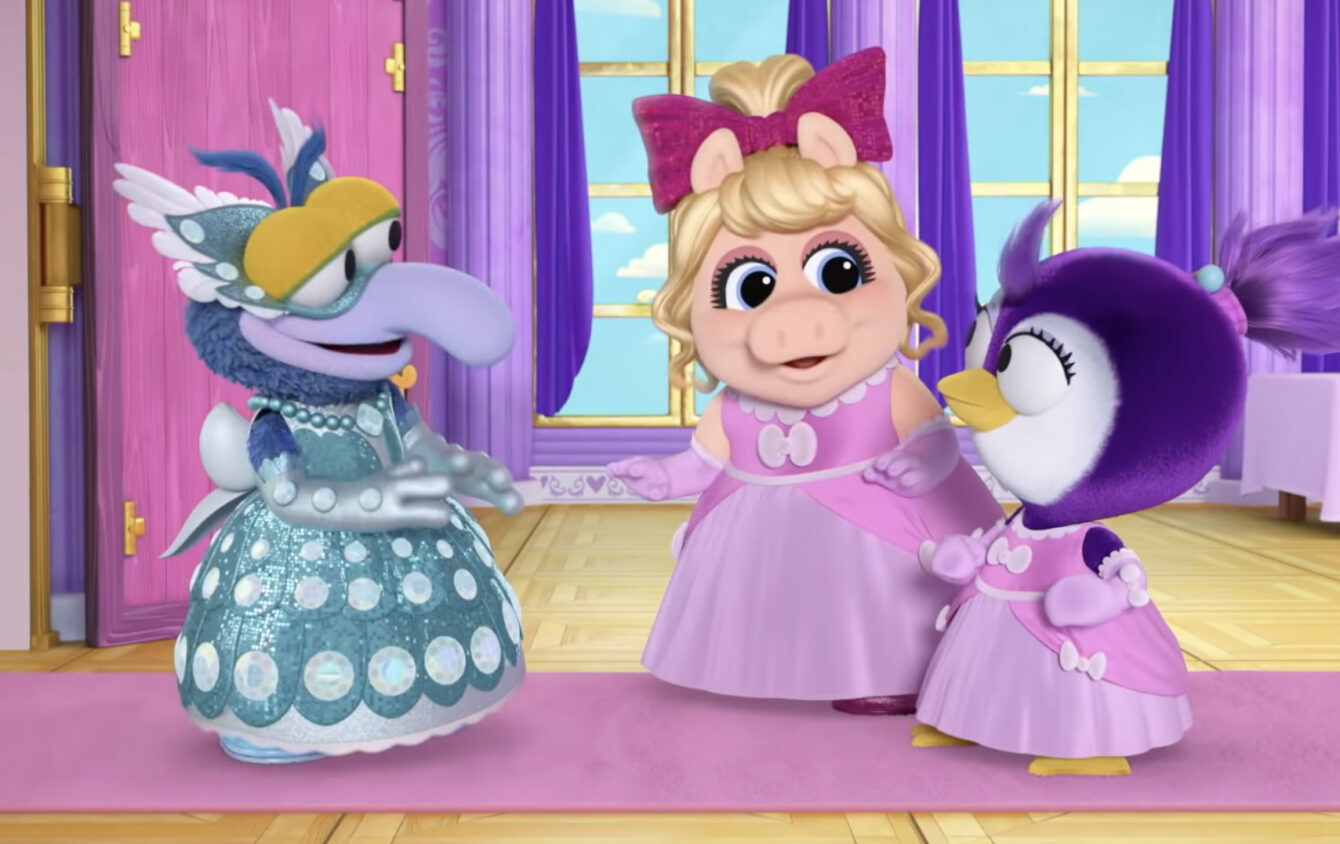 The episode also reinforces the idea of using non-binary pronouns, as Piggy uses the “they” pronoun in reference to Gonzo’s alter ego when recalling how the unknown princess had suddenly left the ball.

“We met the most amazing princess, but they ran away and all they left behind was this,” recalls Piggy while showing Gonzo the shoe that was left behind.

Given both that ‘princess’ is a title given to female members of a royal family and Piggy was referring to a singular individual rather than a group of characters, it’s clear that Disney is intentionally using a non-binary pronoun to describe Gonzo-rella, even when the other Muppets had no idea that he was the princess. 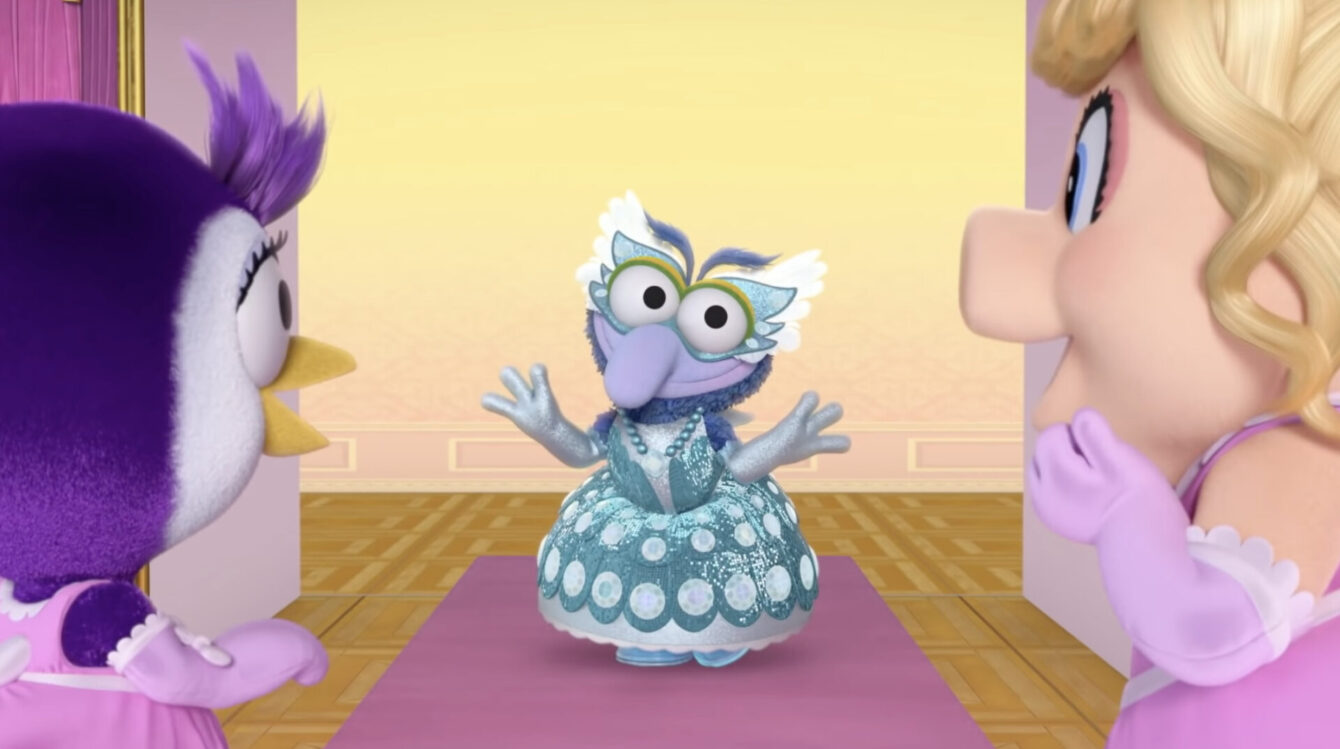 As of writing, the Muppet Babies clip for the “Gonzo-rella” episode shared on Disney Junior’s official YouTube channel holds a negative ratio of nearly two, having received a little over one-thousand likes in comparison to more than 2.3 thousand dislikes.

In regards to the episode, Muppet Babies executive producer Tom Warburton recently explained, “Very early on, we wanted to do an episode where Gonzo just showed up to the Playroom wearing a skirt. And it was no big deal,” whilst also expressing his desire that the episode “inspires kids” who watch the show.

“No one cared or questioned it because Gonzo is always 200% Gonzo 347% of the time,” Warburton added. “But then story editor/co-producer Robyn Brown and her team wanted to take it a step further and do a Cinderella story based on the idea.”

“And it was just SO wonderfully Gonzo. We hope he inspires kids watching to be 347% of themselves in their own way, too,” the Muppet Babies producer concluded. 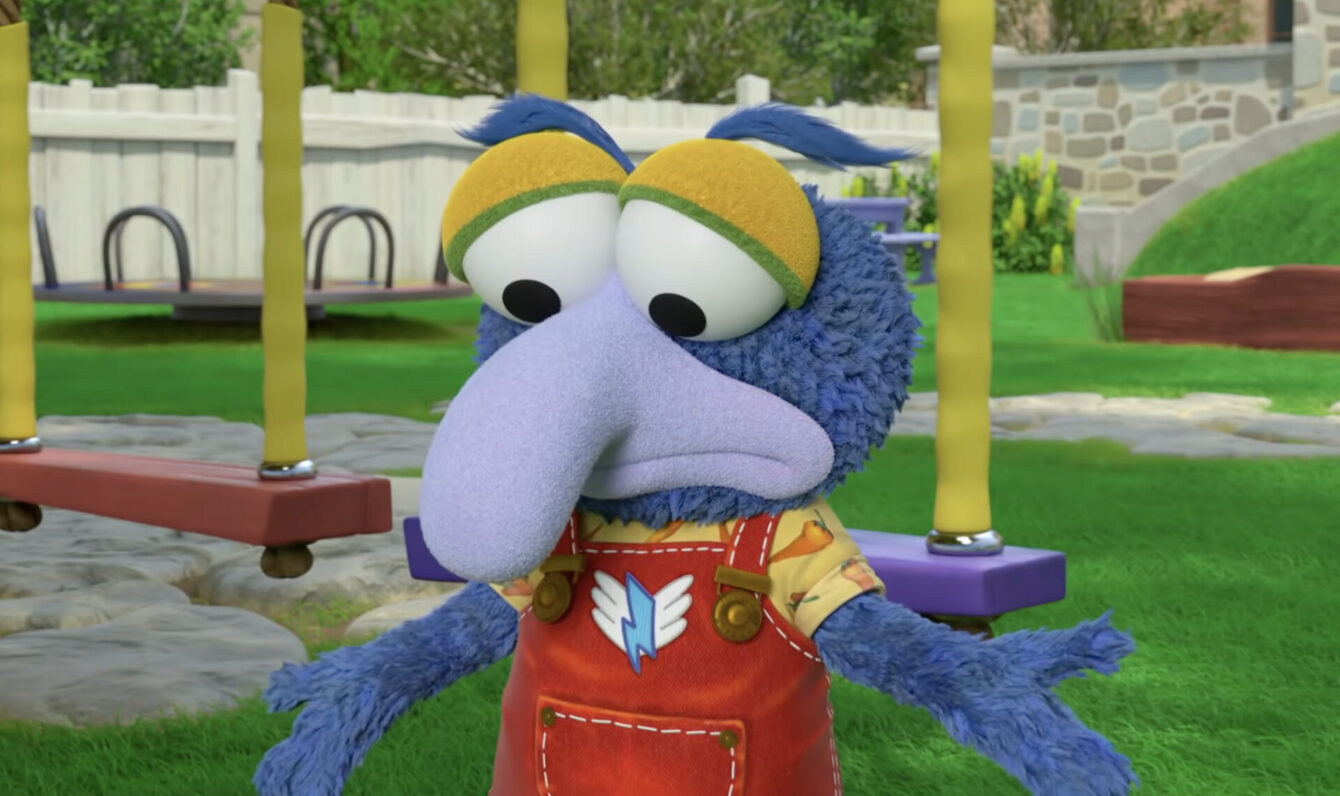 However, shortly after the episode’s airing, Catholic League president Bill Donohue released a statement calling out Disney and condemning the tale of Gonzo-rella as “child abuse,” based on his observation that the episode was encouraging kids to reject their sex.

“The Muppet character, Gonzo, has ‘transitioned’ to a girl, Gonzorella,” wrote Donohue. “That is why he is wearing a dress to the “royal ball.” He does more than wear a dress—he instructs Miss Piggy and Summer that ‘doing things a little different can be fun.'” 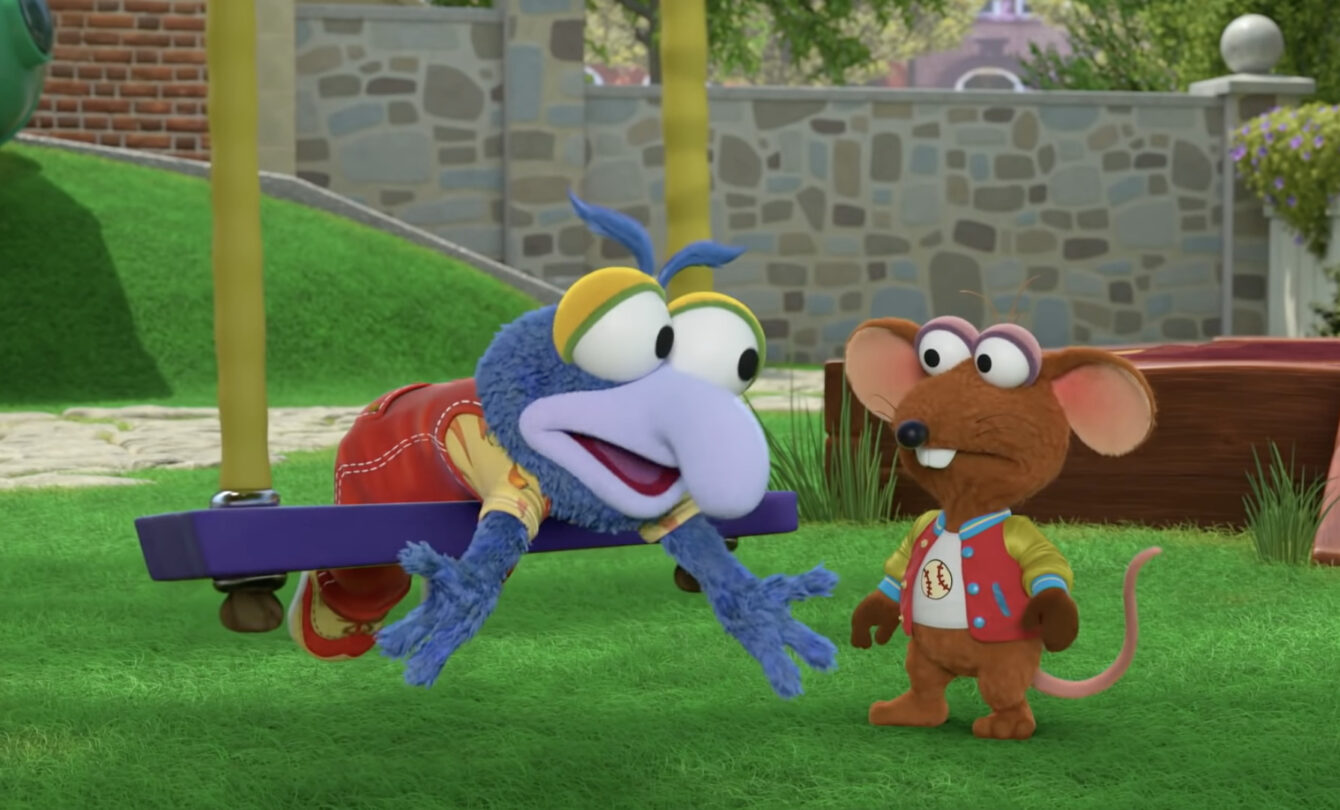 Based on the premise that pretending to belong to the opposite sex shouldn’t be fun, Donohue argues that the message Disney is sending comes off as abnormal, explaining, “The message to children is: a boy can be a girl, and vice versa. Making this choice, they are told, is not something abnormal, it’s just ‘a little different. Moreover, it can be ‘fun’ to reject your sex and pretend that you belong to the opposite sex.”

“This needs to be called out for what it is: child abuse,” the Catholic League president asserted. “Anyone who is even remotely knowledgeable about what sex transitioning entails—the physical and psychological problems that boys and girls experience are multiple—knows how pernicious this process is. Seven in ten of those who transition are girls wanting to be boys, and the extent of their suffering is well documented.” 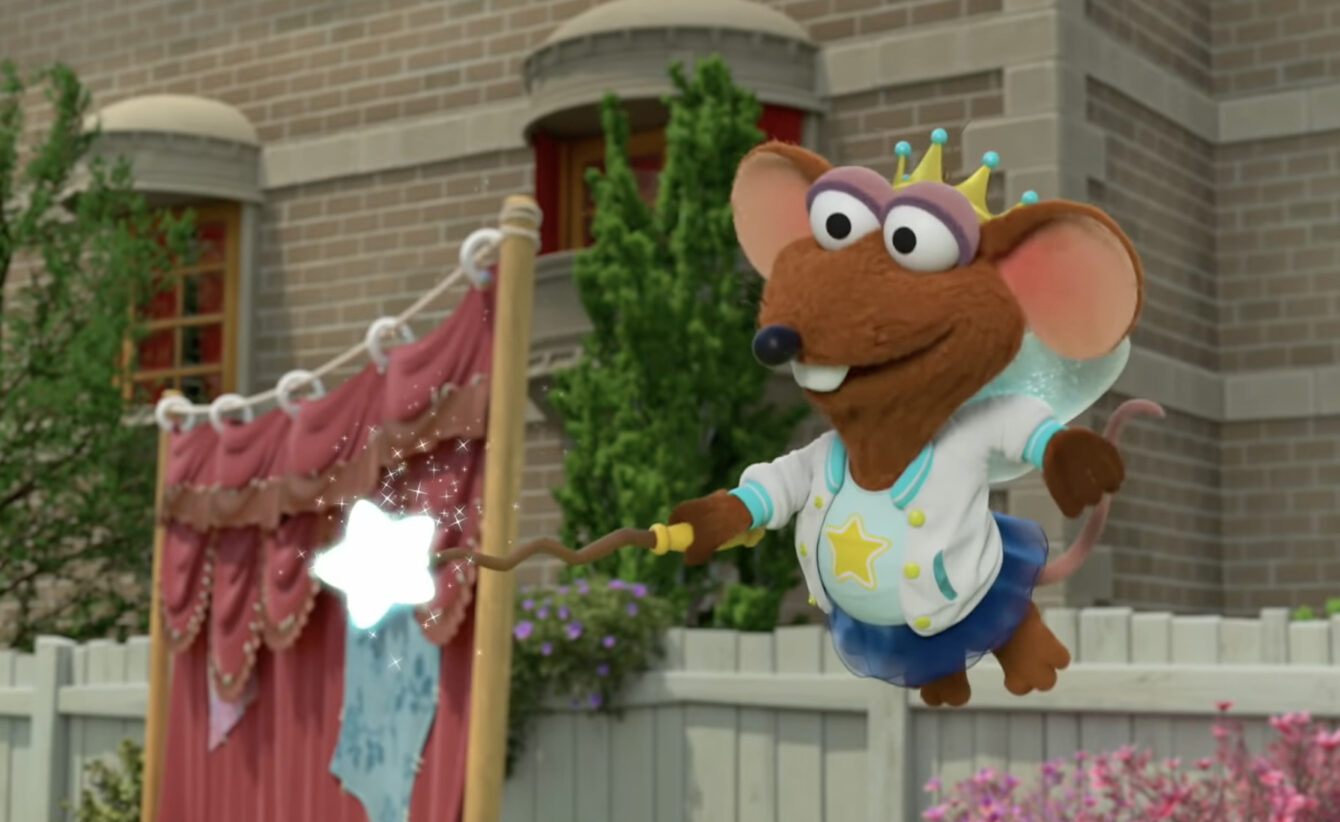 Donohue was also disappointed in the little to no coverage conservative media has given to this news, praising New York Times best-selling author and political commentator Candace Owens as one of the few conservatives that timely condemned the Muppet Babies episode.

“The big disappointment is the lack of response from the conservative community (thank God we have some like Candace Owens who will not be intimidated),” he expressed, adding that “Genuine conservatives are concerned about the three ‘M’s,’ namely, markets, missiles and morality.”

Driving his point home, Donohue stated that “In recent years, many have all but given up on the latter ‘M.’ Hence, the advent of Disney poisoning the minds of children.” 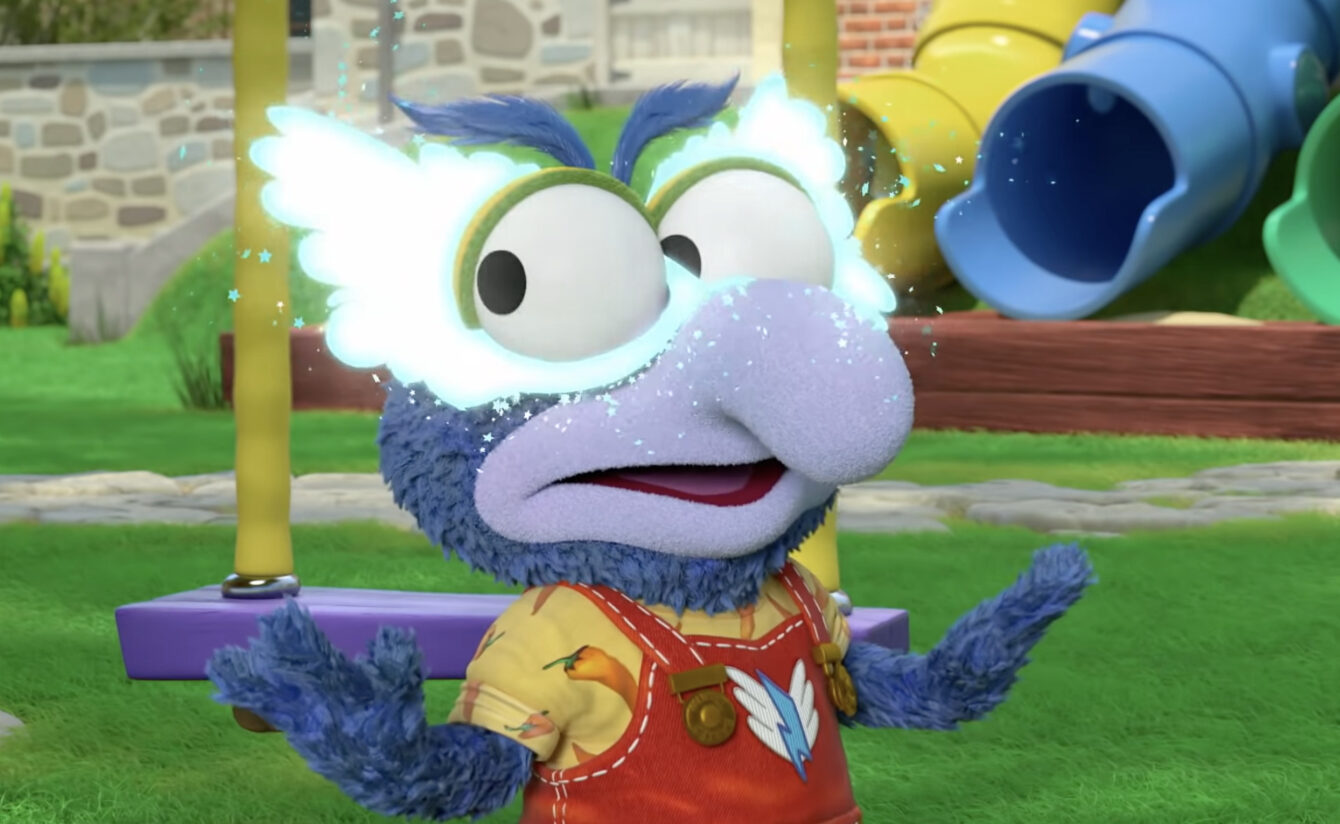 As referenced by Donahue, Owens took to Twitter shortly after the episode aired to express her disappointment with the kid-oriented Disney show, deeming it to be sick and perverted in nature.

“I can’t believe I’m tweeting this but.. they are pushing the trans agenda on children via muppet babies,” wrote Owens on Twitter.

“This is sick and PERVERTED,” She added. “Everyone should be disturbed by predatory cartoons meant to usher children into gender dysphoria. Bring back manly muppets, anyone?”

I can’t believe I’m tweeting this but.. they are pushing the trans agenda on children via muppet babies.
This is sick and PERVERTED. Everyone should be disturbed by predatory cartoons meant to usher children into gender dysphoria.

Bring back manly muppets, anyone? pic.twitter.com/kvoig0y9N5

Donohue concluded his statement by calling out conservatives who choose to stray from controversial topics, declaring that such behaviour could only lead to things getting even worse.

“Anyone who thinks that things can’t get much worse is a fool,” Donohue concluded. “If conservatives continue to retreat from controversial social and cultural issues, matters will only deteriorate. This is not about treating everyone with respect—that is not the issue—it is about shielding our children from those who want to sexually engineer them.” 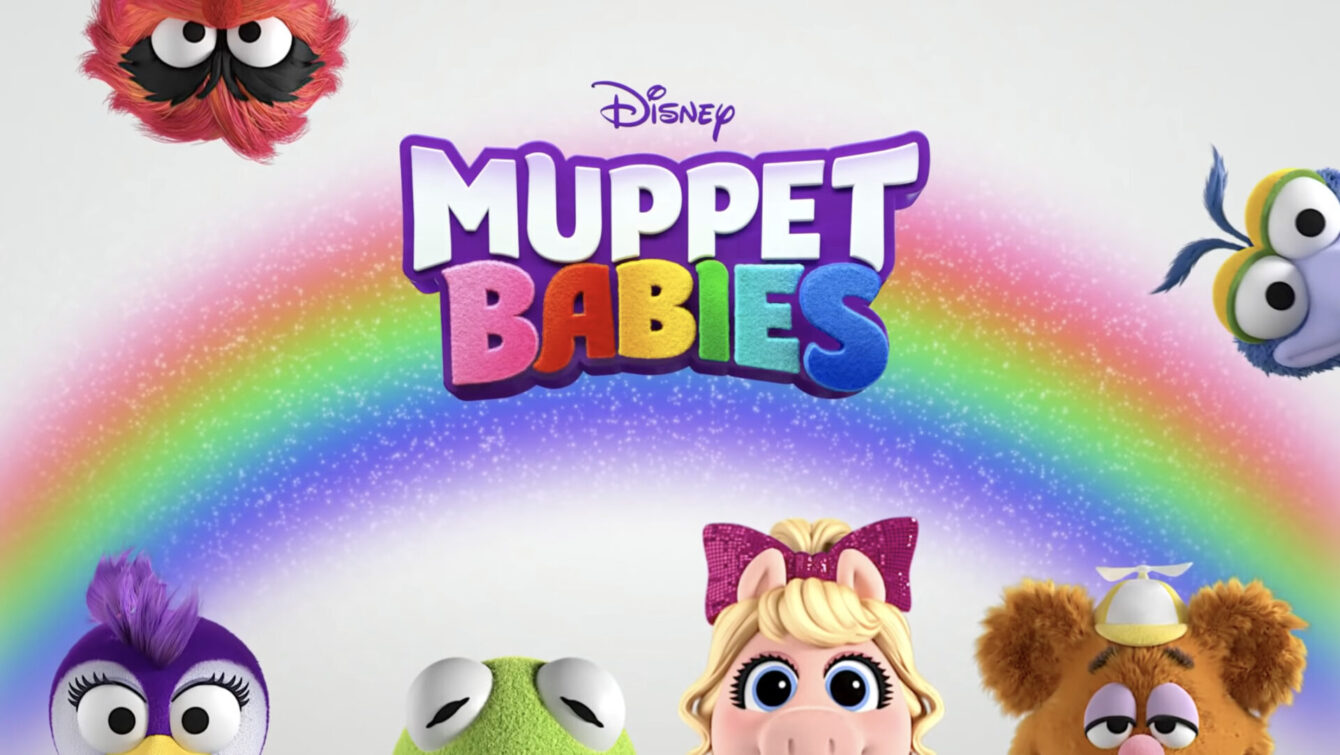 What do you make of Disney’s decision to push their transgender agenda via the kid-oriented Muppet Babies show? Let us know your thoughts in the comments section down below or on social media!