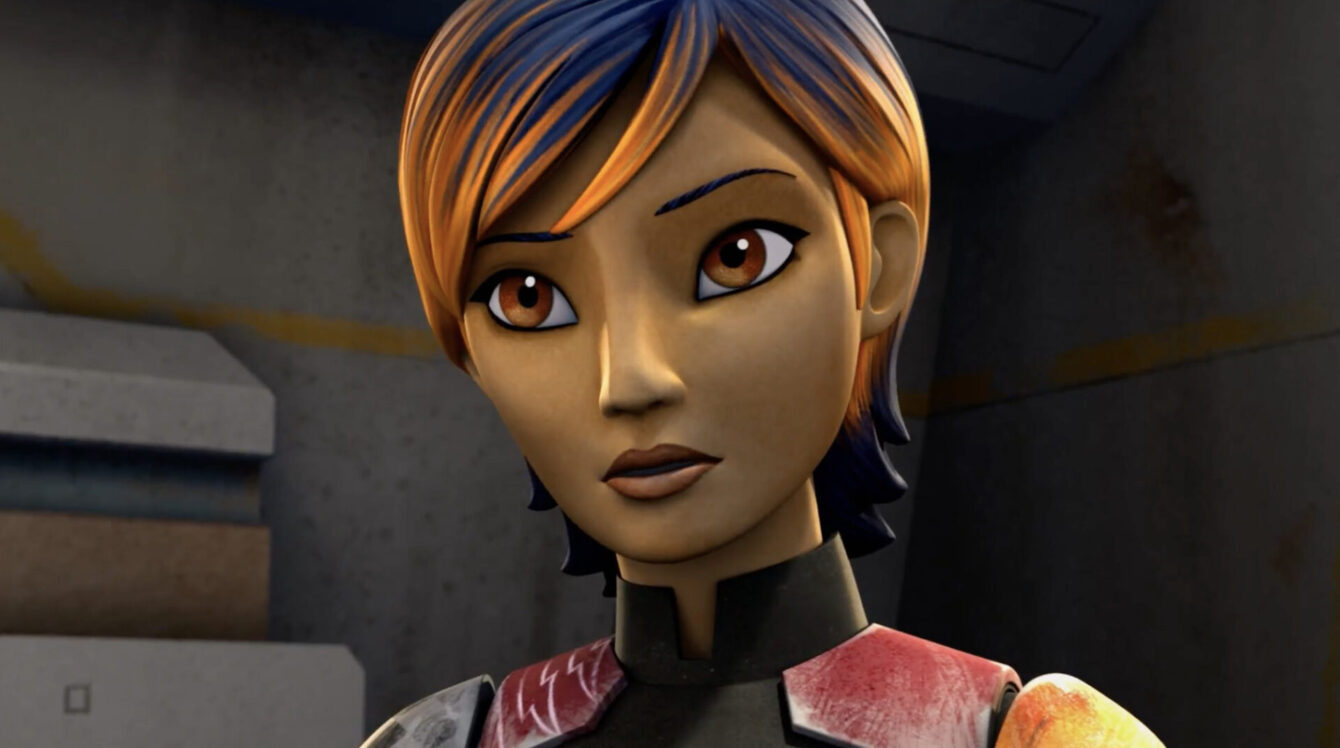 Sircar tweeted, “Hey guys, if you’ve been busy twisting your undies in a bunch trying to figure out if this dumpster fire of a mess in #Afghanistan is the direct fault of Biden or Trump, did you perhaps bonk your head at some point & forget about these dudes right here?? 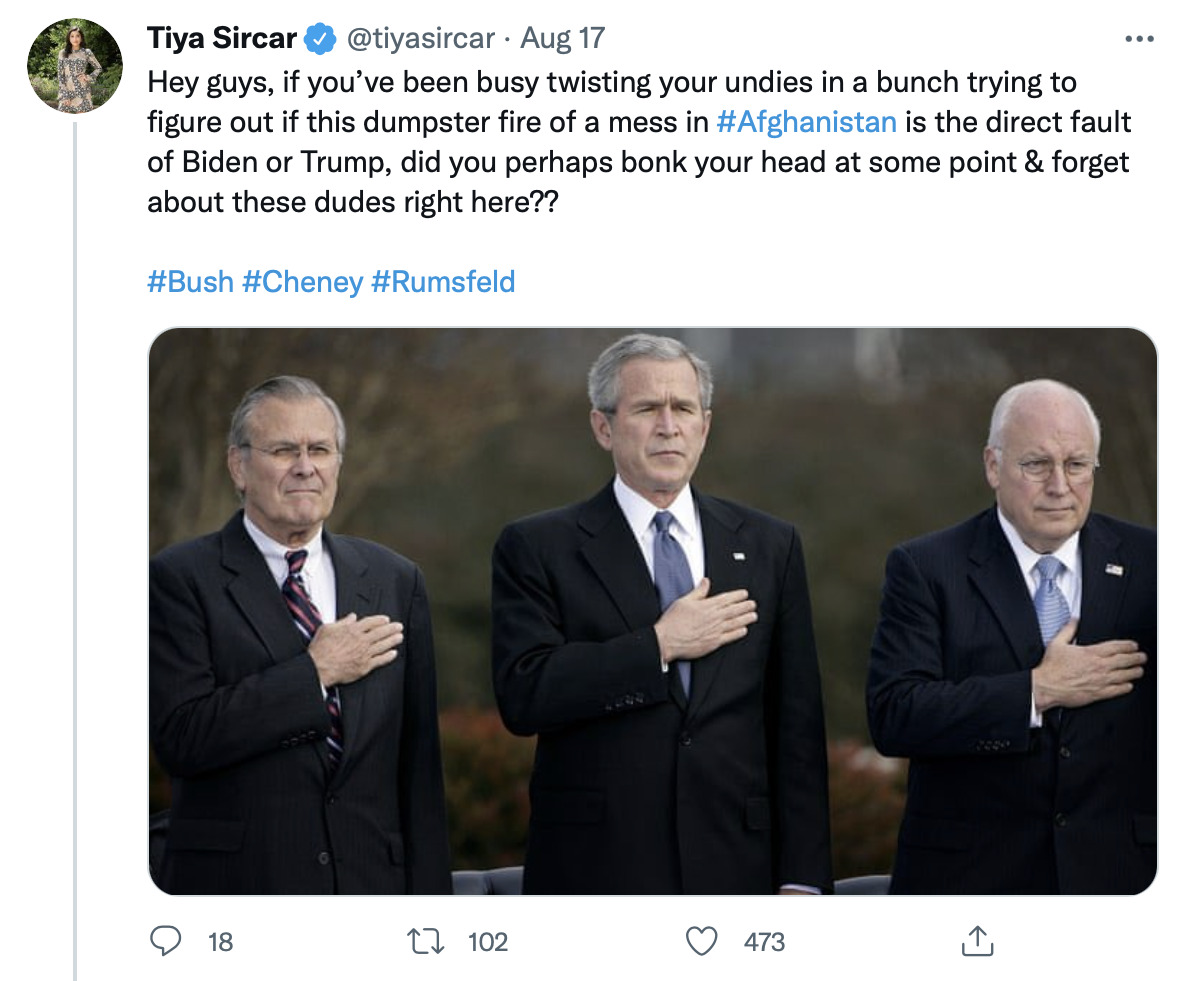 In a follow-up tweet, the Star Wars Rebels actress also placed blame for the current situation in Afghanistan on former President Ronald Reagan.

She wrote, “Not to mention this dude right here, along with the #CIA and #OperationCyclone — arming, training, and financing the Afghan #Mujahideen who eventually formed today’s #Taliban.“ 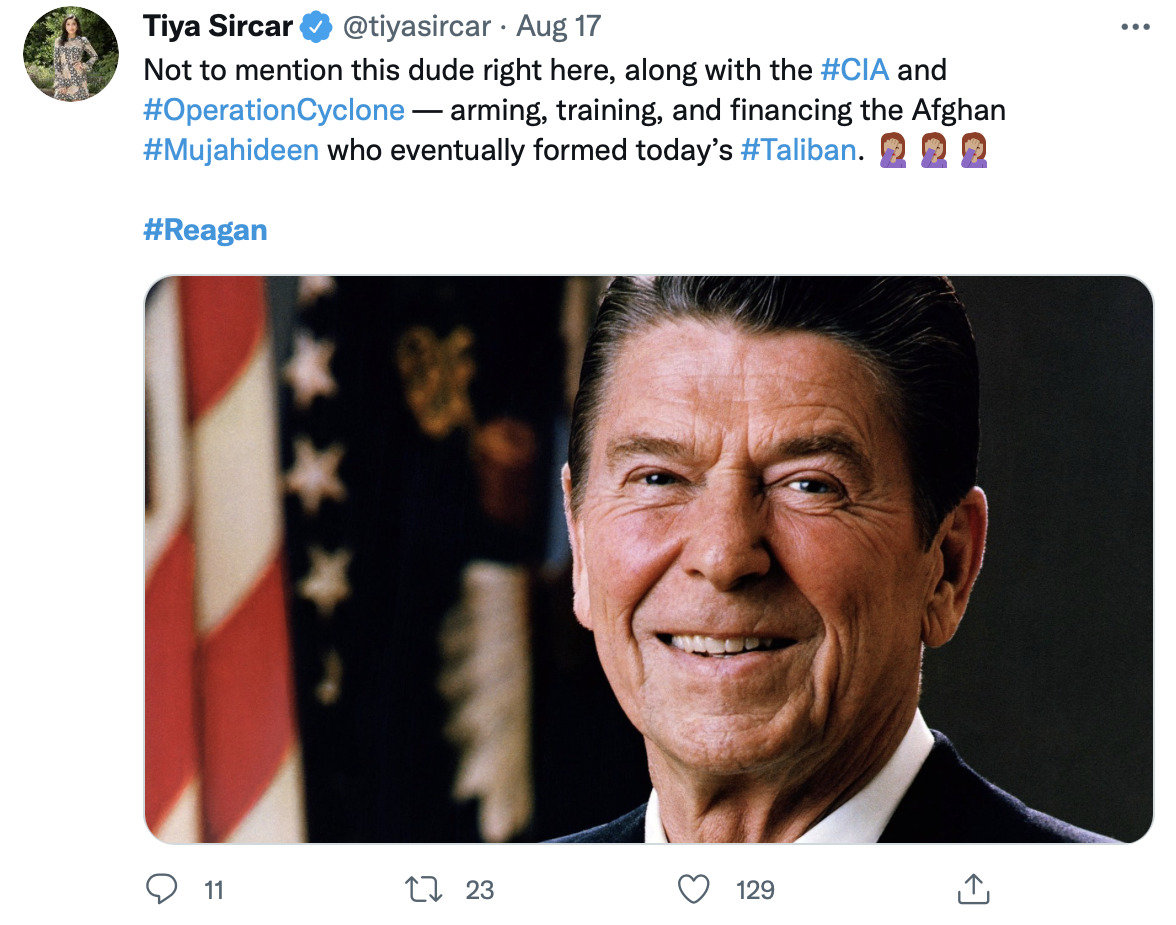 Sircar would further clarify her claims in a response to Twitter user PiperJim717.

She wrote, “Mansplanation 101: lead w/ ‘You don’t understand __ very well.’ Well aware they weren’t the Taliban back then as I said in my OP. Amazed anyone could think the only way to know what went on in the 80s is to be old enough to remember them yourself. Rough day for history books.” 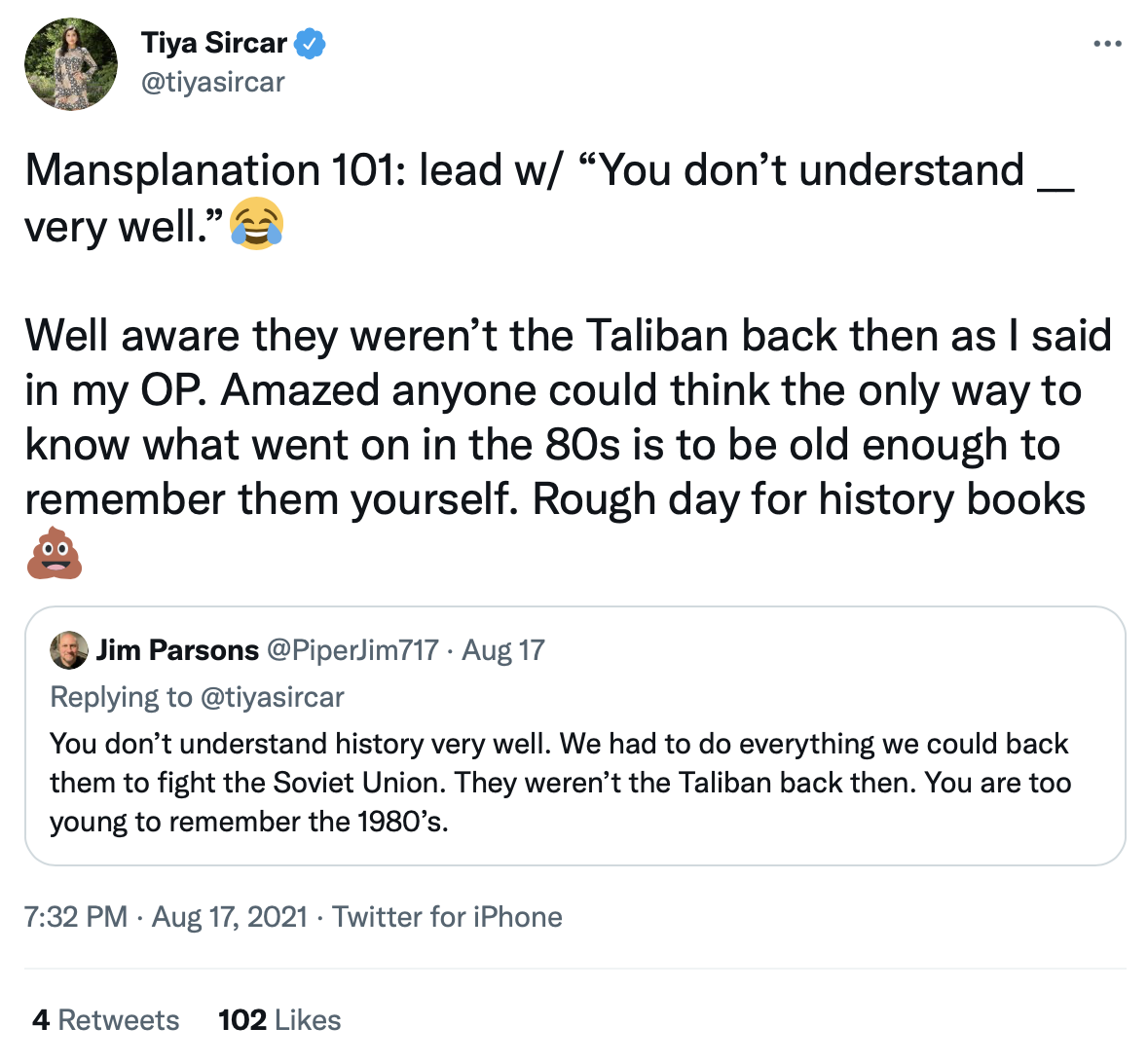 George Washington University history professor Benjamin Hopkins via WUSA9 clearly detailed that “The United States supports the anti-Soviet forces through the the1980s (sp?), it really gets going in 1985, with something called Operation Cyclone.” 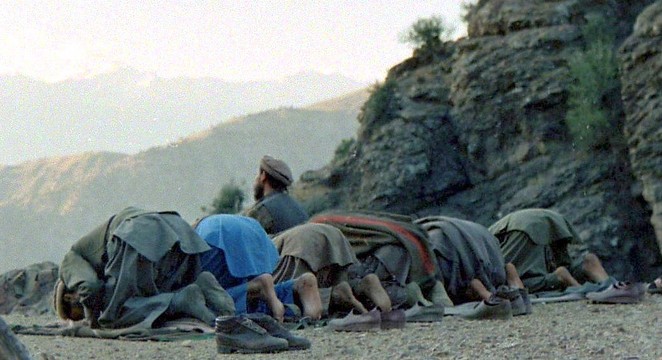 However, WUSA9 reports “According to our experts the Mujahedin predated the Taliban, which began to form in 1994, some five years after the majority of the funding of the Mujahedin had stopped.” Reagan’s term in office ended on January 20, 1989. 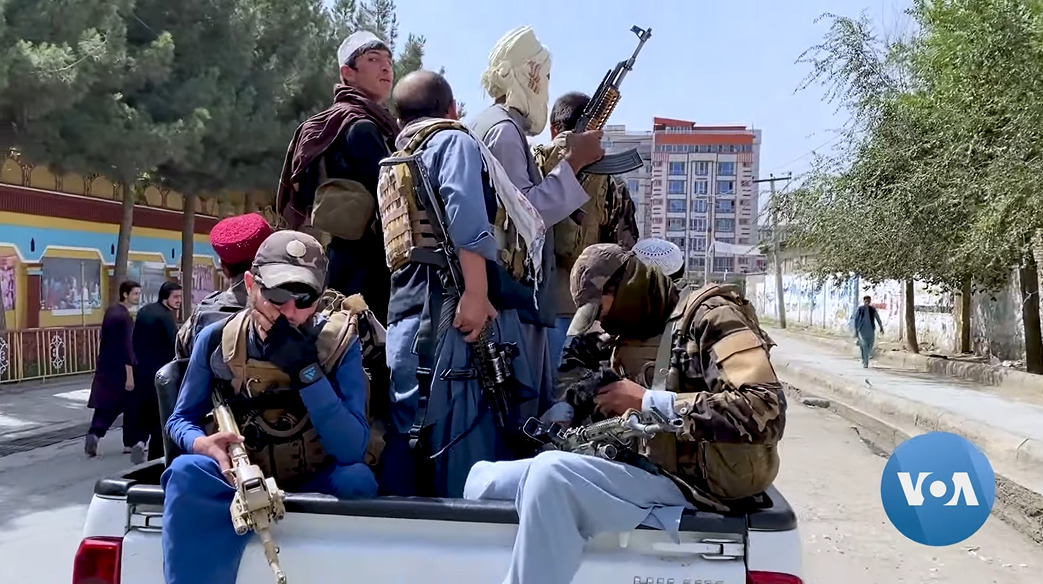 On top of that, Charles Dunbar the former Ambassador to Qatar and Yemen as well as the the former Chargé d’Affaires in Afghanistan in the 1980s states the U.S. government did not fund the Taliban.

He explains, “There is a story off Americans arming an anti-Soviet insurgency, some of whom then go on to become part of what will be the Taliban, but any sort of direct linkage, U.S. arming the Mujahedin in the 1980s, [which] supports the Taliban in the 2000s is incorrect.” 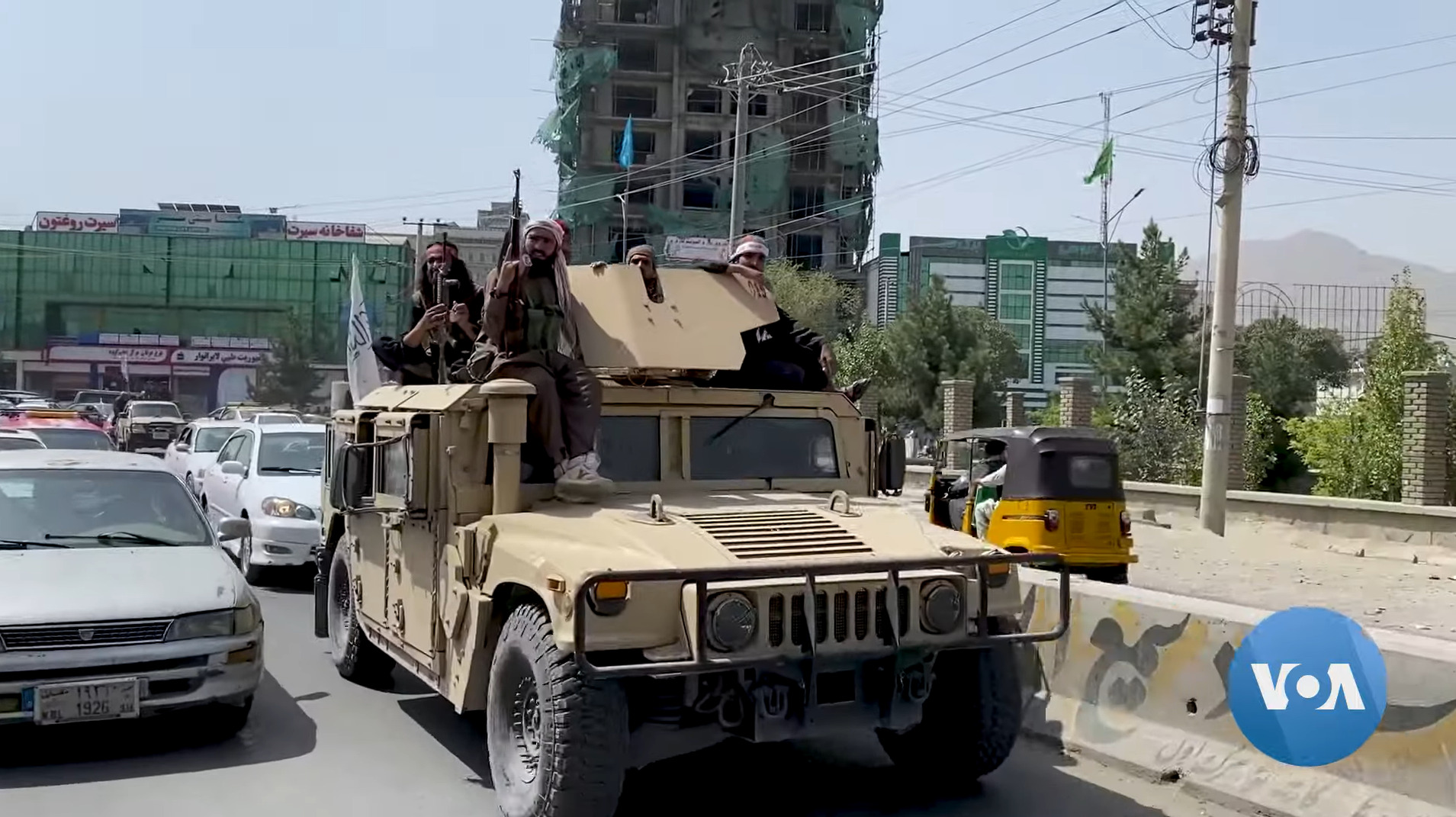 It appears Sircar’s accusations are misguided at best, as neither of these administrations have been involved with the disastrous withdrawal plans recently and solely enacted by the Biden administration.

After all, it was Biden’s administration who, knowing full well that President Trump had established a timeline for full American withdrawal from the country, chose to immediately and seemingly without any consideration to the resulting vacuum of power evacuate Afghanistan.

While Bush, Obama, and Trump may have had their roles to play in the ongoing conflict, it was Biden’s poor foresight and planning that allowed the Taliban to recapture Kabul and seize untold amounts of American military technology and who are now according to reports going to door to door throughout the city looking for American sympathizers. 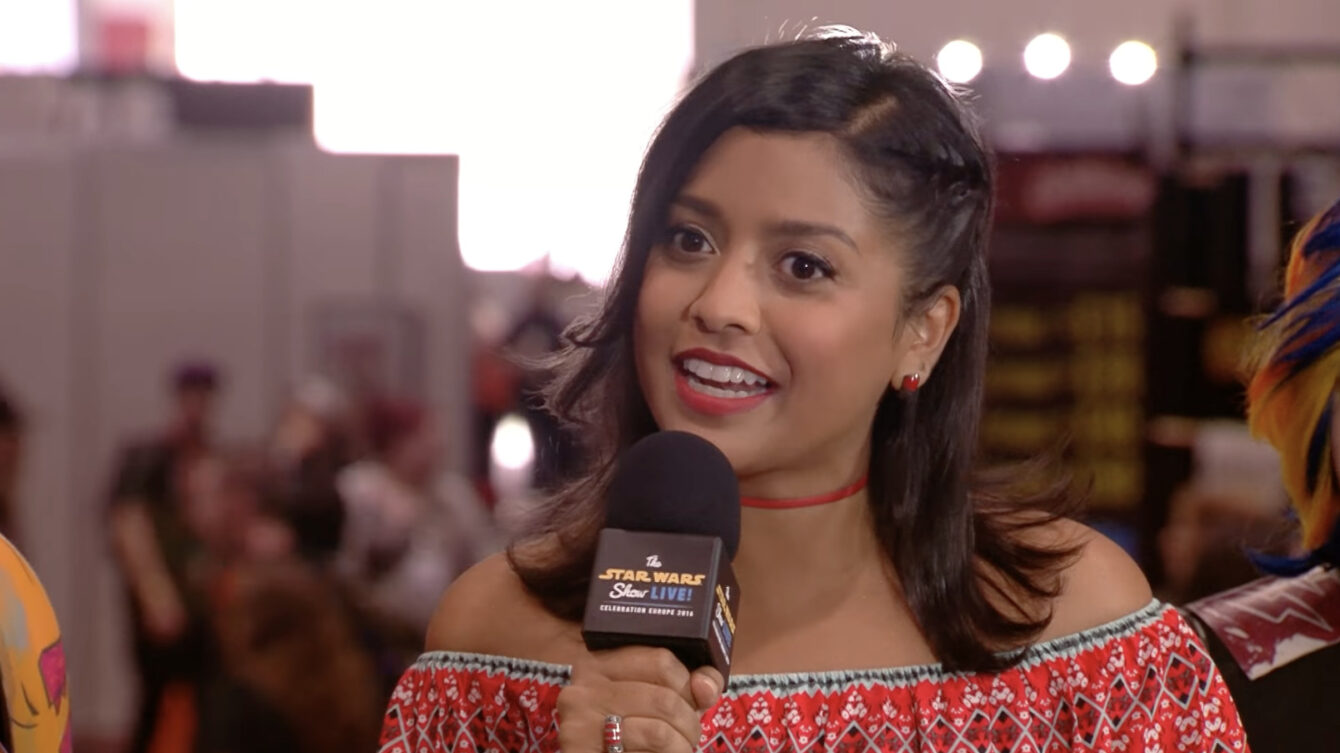 What do you make Sircar’s comments blaming past administrations for Biden’s failure? Be sure to let us know your thoughts in the comments section down below or on social media!