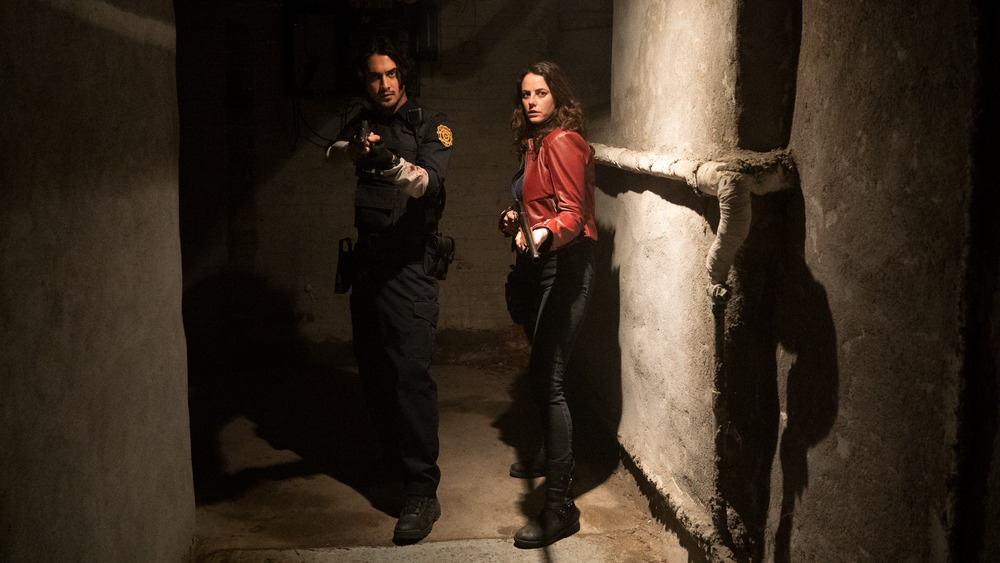 The film will also star Ant-Man and The Wasp’s Hannah John-Kamen as Jill Valentine with Zombieland: Doubletap’s Avan Jogia as Leon S. Kennedy. 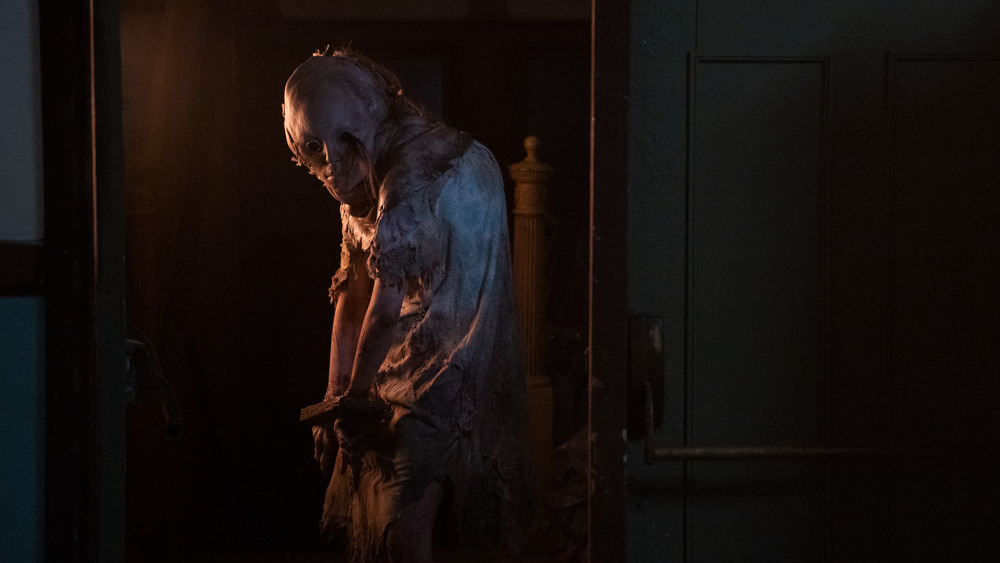 According to Sony, the film will be set in the dying Midwestern town of Raccoon City where a growing evil is looming beneath the surface.

It continues, “The company’s exodus left the city a wasteland…with great evil brewing below the surface. When that evil is unleashed, a group of survivors must work together to uncover the truh behind Umbrella and make it through the night.”

The movie is directed and written by Johannes Roberts. Roberts previously directed 47 Meters Down and its sequel 47 Meters Down: Uncaged. He also directed Storage 24 and Darkhunters.

Roberts noted the film is different from previous Resident Evil films starring Milla Jovovich because it is an ensemble film.

He told IGN, “The difference with this film as opposed to the previous movies is that it is an ensemble where each of the main characters carries huge importance to the narrative.”

“They are not just cosplay characters who have the exact hair and costume of the characters,” he added. 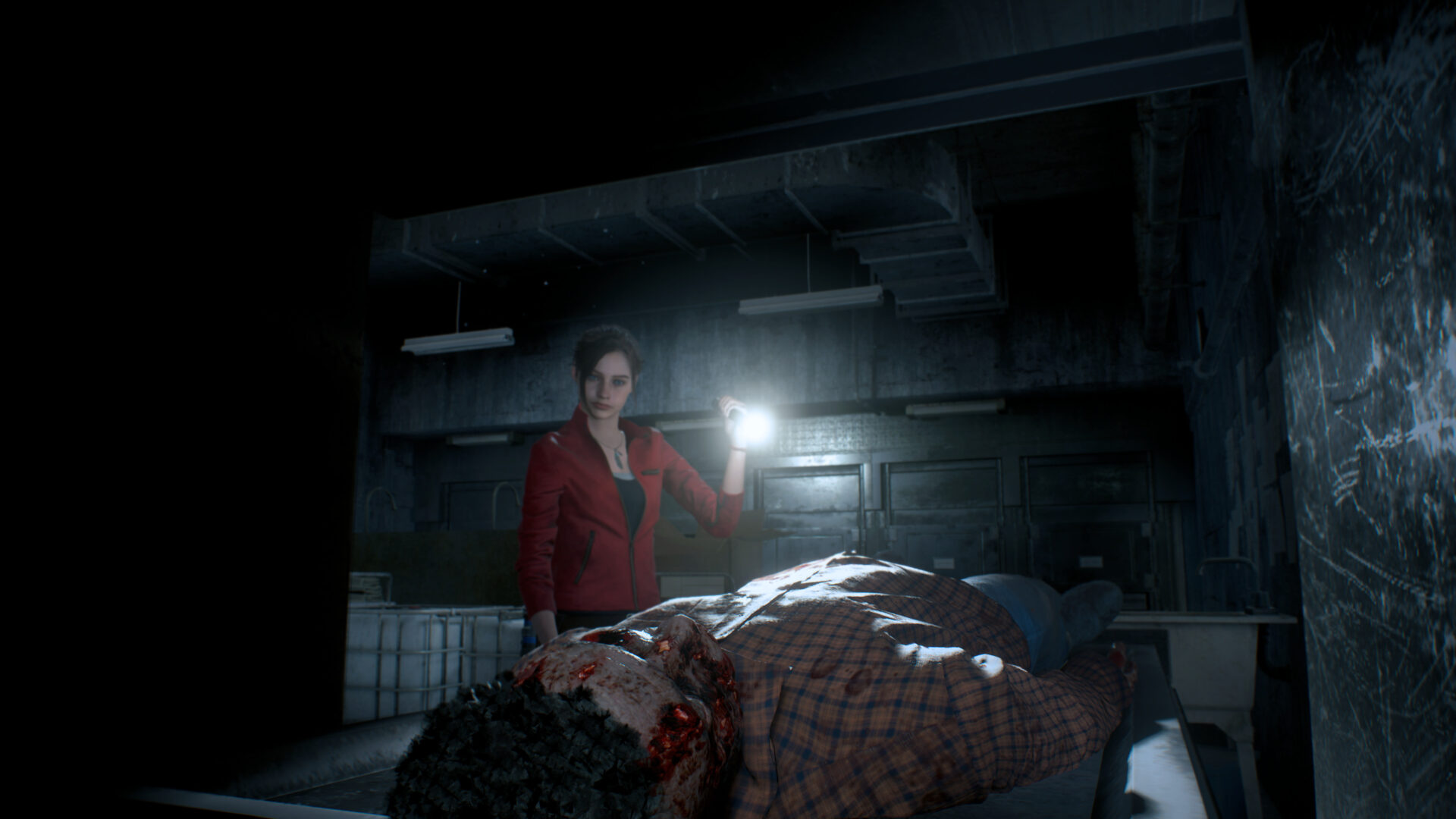 Roberts went on to discuss the casting process explaining, “It was hugely important with the whole casting process to find people who embodied the spirit and energy of the characters I wanted to portray.”

“I think often in game adaptations one of the big flaws can be just casting someone to look visually like the characters – giving them the identical haircut and clothes but not really trying to give the audience the thing that a movie does better than a game – which is to create a three dimensional character that you can really connect with and believe in,” He elaborated.

Speaking specifically to the search for Leon S. Kennedy he said, “We must have seen so many people – it was really quite a tricky role because of the balance of humor and weariness. Then Avan read and I was like he’s the one! He gets it.” 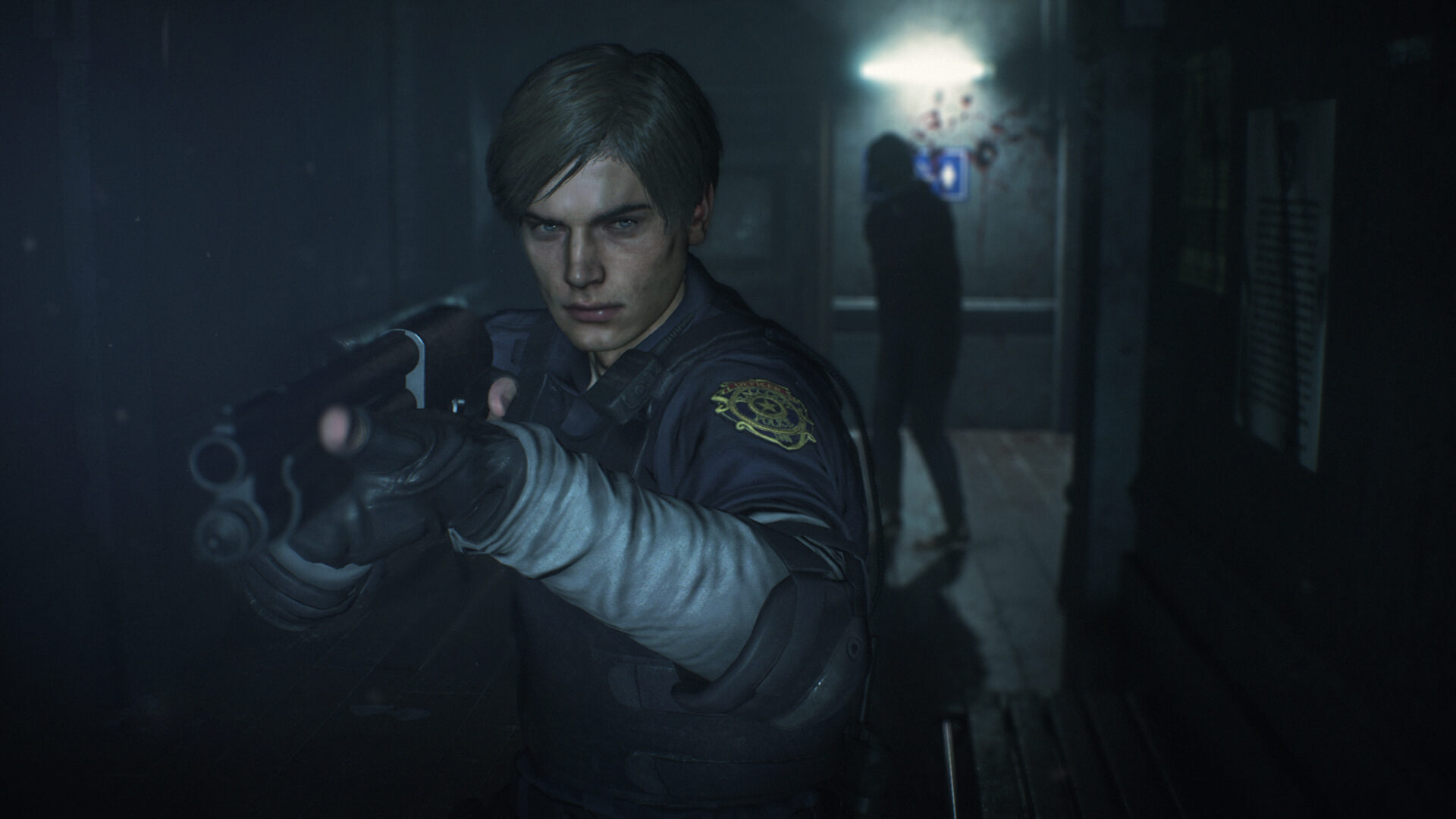 Roberts would also explain he aims to put the horror back in the Resident Evil films, “I wanted to go back to the horror of it all. I wanted scares and atmosphere rather than full-on action.”

“I think fans of the game felt the same. They wanted to see the iconic characters and locations and feel that the movie was more in line with the Resident Evil game world so that’s really why we chose to go in that direction,” the director asserted.

He went on to detail how he worked with Capcom to recreate Spencer Mansion and the Raccoon police station, “We worked hand in hand with Capcom on this movie to the point that we actually got blueprints from them on the designs of the Spencer Mansion and Raccoon police station in order to recreate them as perfectly as we could. We even have the exact artwork up on the mansion walls. Capcom saw it for the first time the other day and was so happy and excited.” 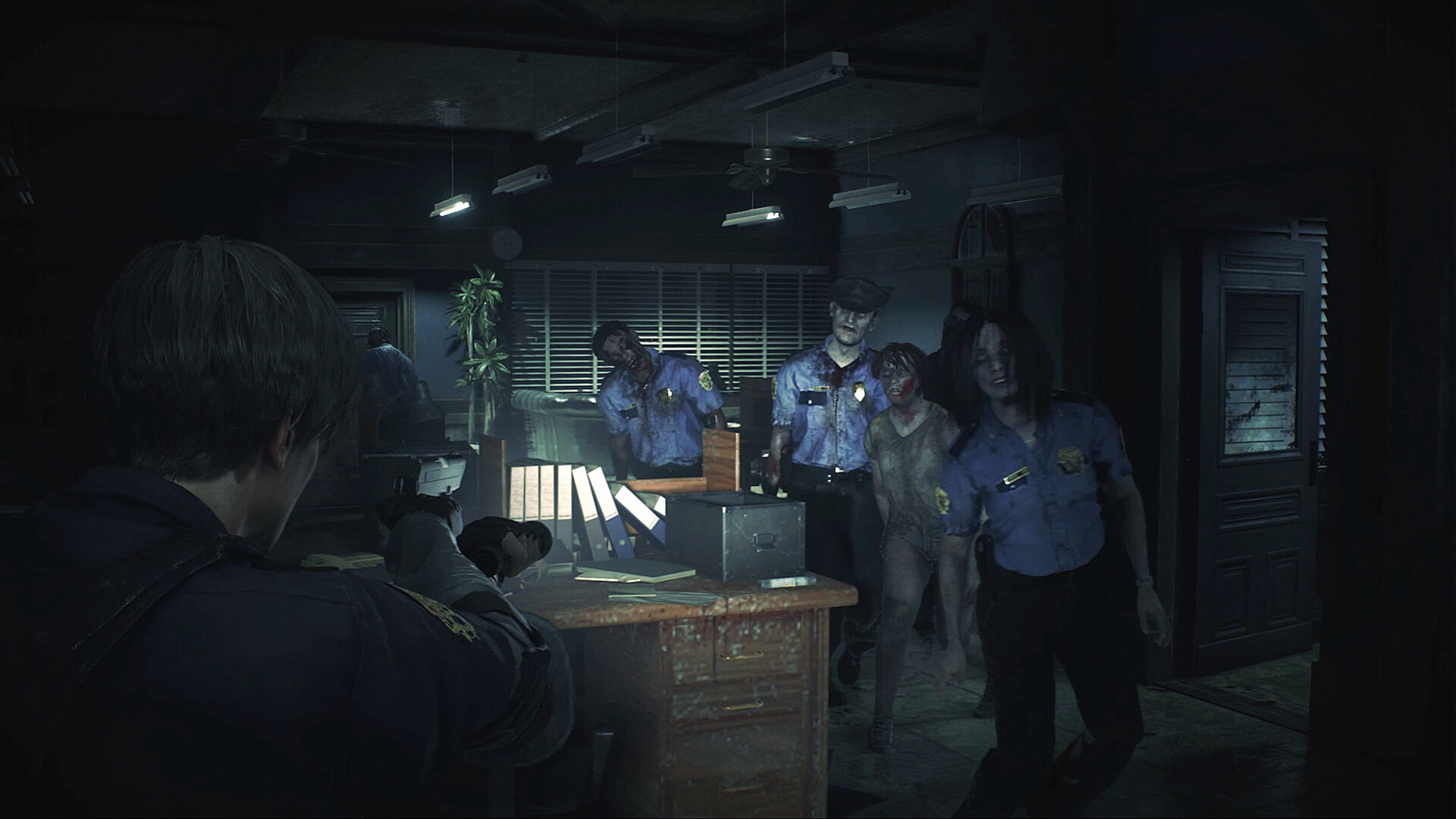 The director then detailed that the character of Lisa Trevor will play “pivotal” role in the movie.

He explained, “Lisa Trevor is actually quite a pivotal role in the movie. I was always fascinated by her when playing the remake of the first game. I found her character both disturbing and at the same time strangely haunting.”

“When we were discussing how to bring this story to life it was one of the elements that I really wanted to feature strongly as she has never been in any of the filmed versions of Resident Evil.

I wanted her to be a three-dimensional character, not just some creepy specter. We cast Marina Mazepa, who had just done Malignant for James Wan and really worked hard in bringing this character to life in a way I think the fans are going to love so much.

“She’s terrifying but also tragic. In the movie, we really connect her to Claire Redfield’s story, starting with the orphanage where Claire grew up,” he teased. 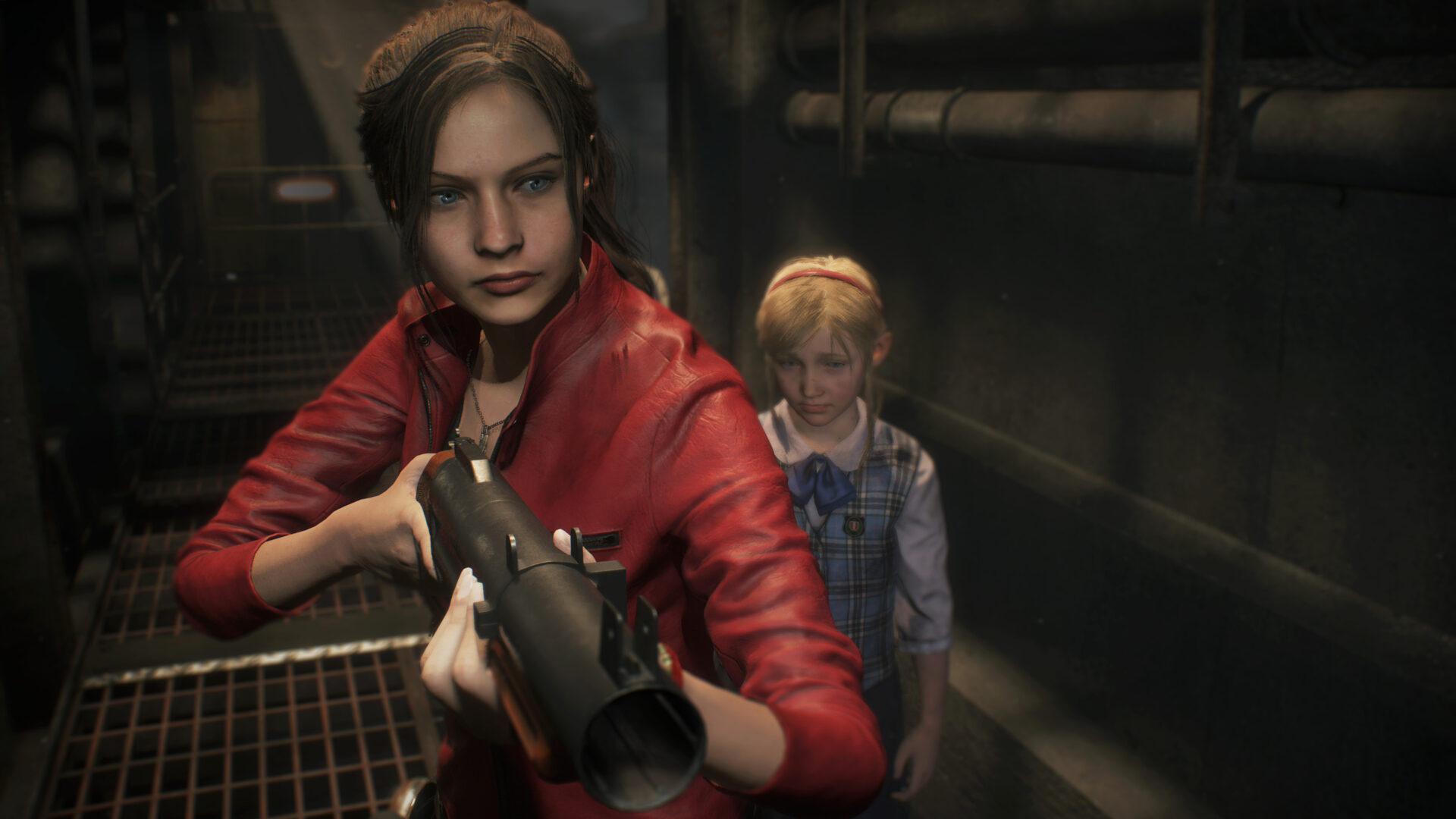 Finally, Roberts reiterated how closely he worked with Capcom, “We worked very closely with Capcom. Every character and creature is from the game and as such, I wanted to be as faithful as possible. I wanted to create a truly immersive feeling for the fans.”

However, he added, “But that also became the trickiest part of adapting a piece of IP like this because I didn’t just want to put the game on screen – it had to be its own thing with living breathing characters and creatures (and, of course, zombies!) that felt true to the world.” 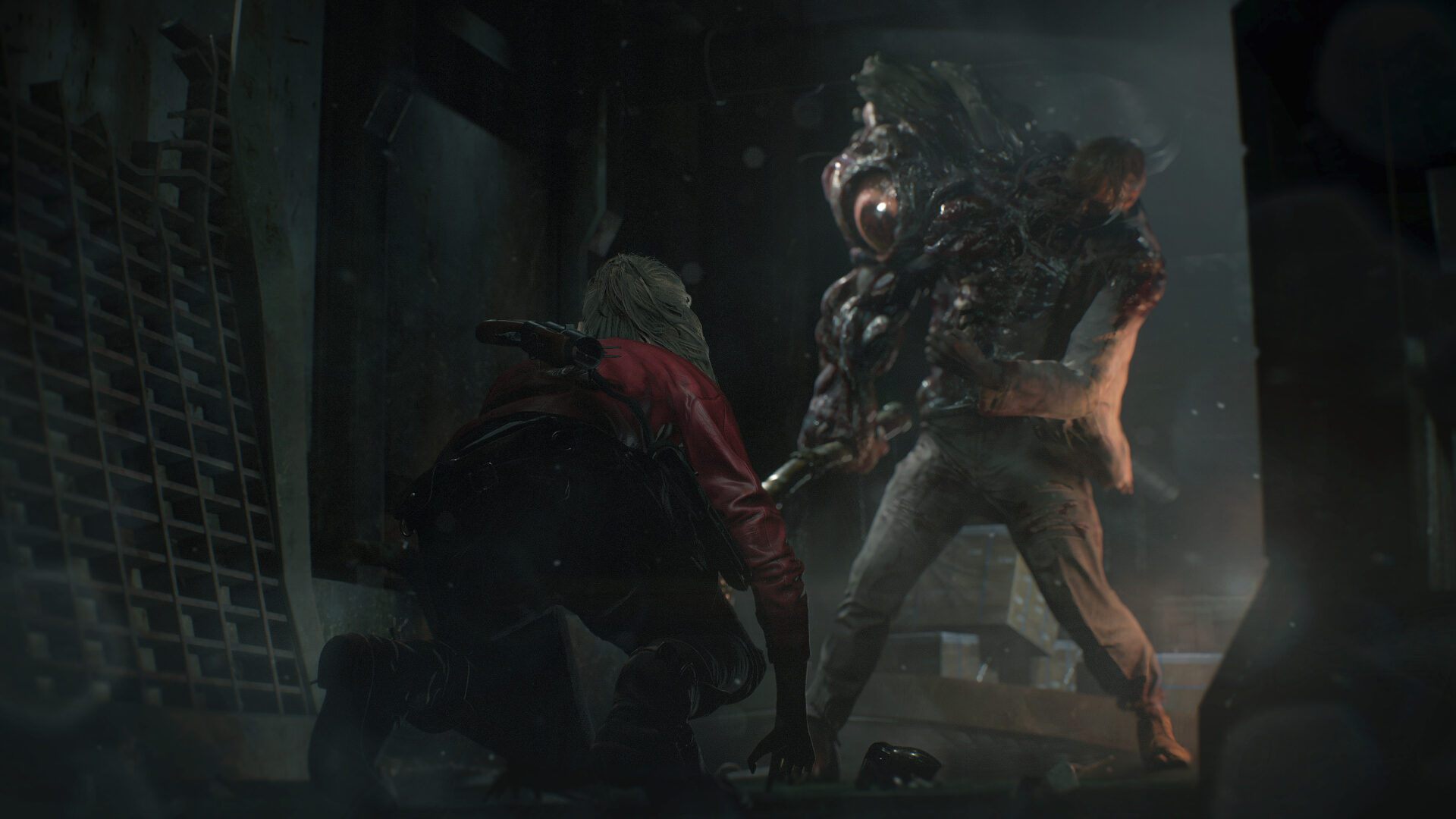