Netflix recently responded to the backlash against Cowboy Bebop and actress Daniella Pineda, who plays Faye Valentine in the upcoming live-action series, by sharing two photos of Pineda. 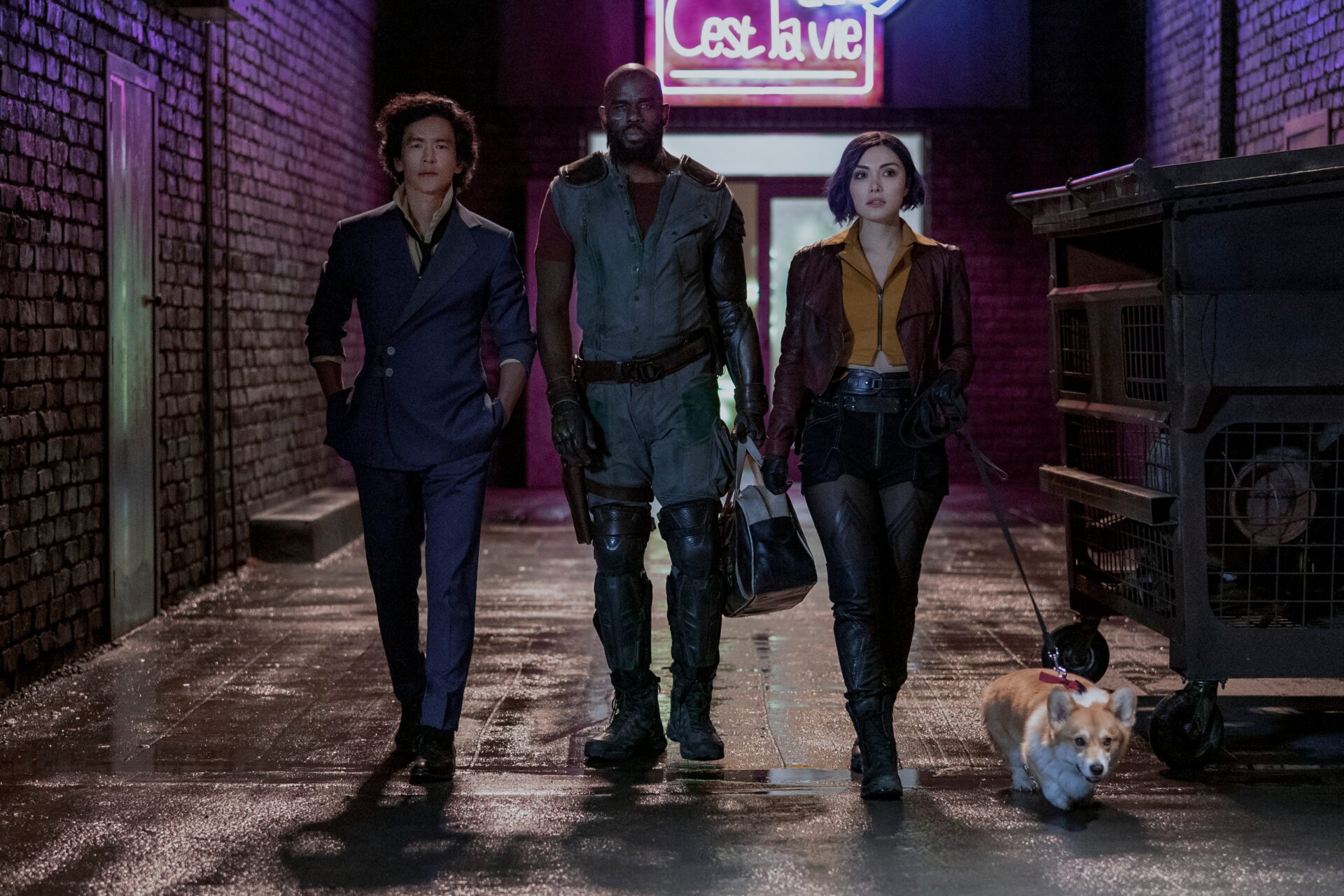 The backlash against Netflix’s live-action Cowboy Bebop series began when Netflix released a first look at the series and critics decried the series muted color palette, the inaccurate Faye Valentine costume, and the race-swapped Jet Black.

YouTuber Vara Dark expressed her opinion saying, “Netflix has finally released photos of characters and they look rough.” She further added, “Judging by the photos these characters look bad.”

Speaking specifically to Faye, Vara Dark states, “She looks awful. These changes look so incredibly bad. These are like CW designs at least in my opinion. She looks nothing like the previous version of her character. We don’t have the vibrant yellows, the vibrant reds. The haircut. There are cosplayers that can create more accurate costumes than the designers that Netflix has because this looks like garbage.”

Actress Daniella Pineda would respond to this backlash in an Instagram Stories video, where she appears to deride Cowboy Bebop fans.

As seen above, in the video she begins saying, ““Hey guys, as you know our Cowboy Bebop first look dropped today which was so exciting. And I just wanted to address a couple of things that keep coming up in the comments amongst fans.”

She then proceeded to sarcastically deride critics of the first look saying, “First, I wanted to apologize to the fans that I did not anatomically match the Faye Valentine character. Six foot, double D sized breasts, two inch waist. You know they looked everywhere for that woman and they couldn’t find her. It was kind of weird. So they just went with my short a**, I know am I right?”

“There was talk about like can we put Daniella in a time machine, and maybe give her different parents so she has different genetic information to sort of make her look better. It proved to be too complicated,” Pineda added. 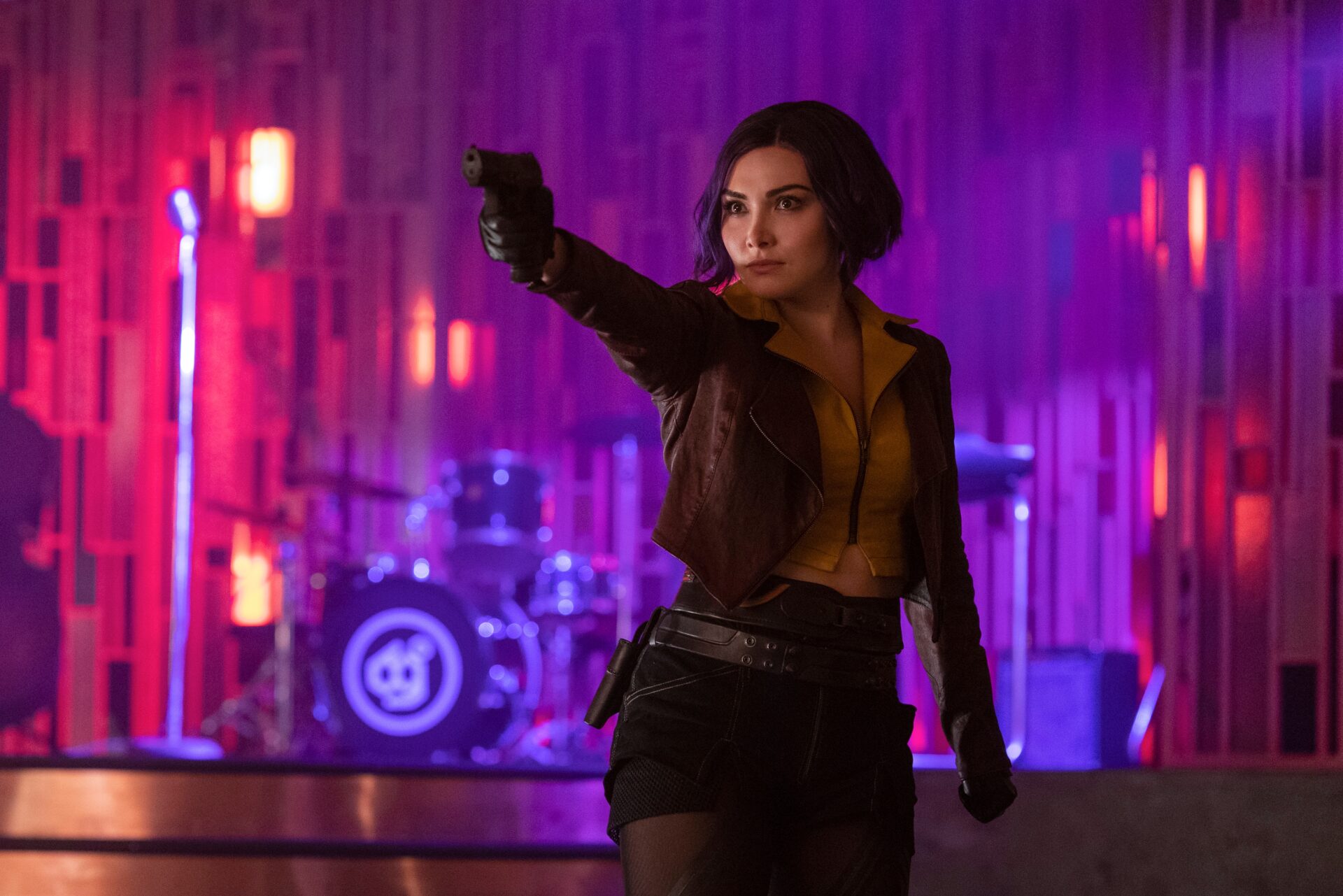 Pineda then addressed criticism of the outfit, “The other thing I wanted to bring up, was I wanted to apologize that the outfit I’m wearing is not exactly what she wears in the anime.’

She continued, “You know we tried, but doing stunts in tissue paper, things disappear, they rip, sometimes it just got lost…”

Pineda then claimed, “Anyway, like I was saying that original costume, they made a couple of them, but like I said they sort of got slurped up in my various crevices never to be retrieved again so we really needed to build something that could withstand the test of time.” 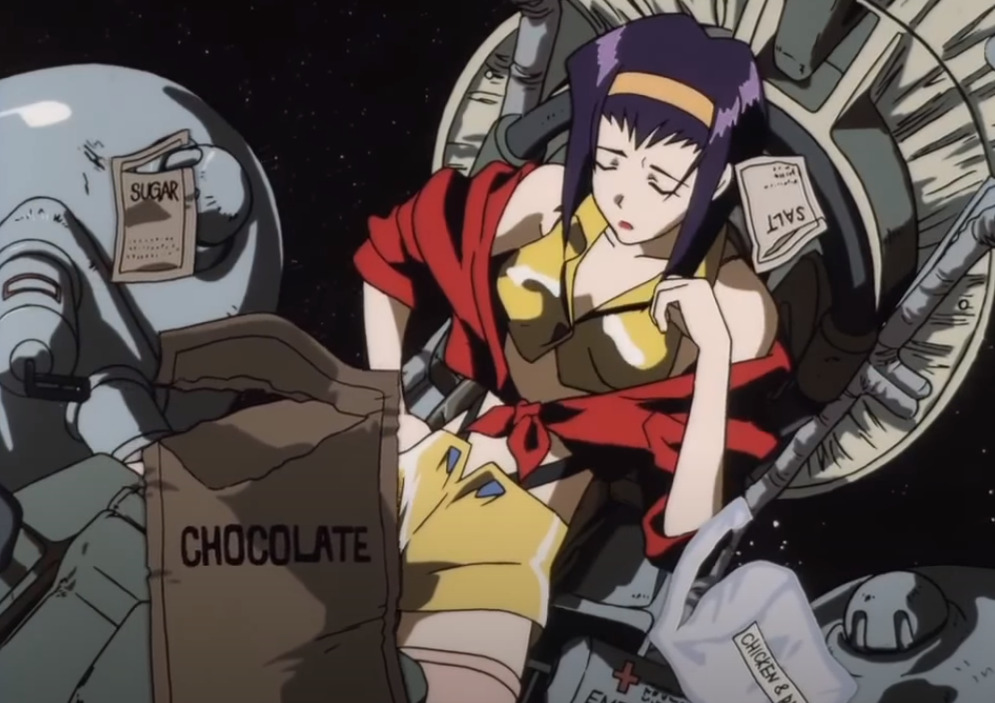 While Astley’s song is playing the first look of John Cho as Spike Spiegel is shown with a heart around his face being shared by The Hollywood Reporter on Instagram. 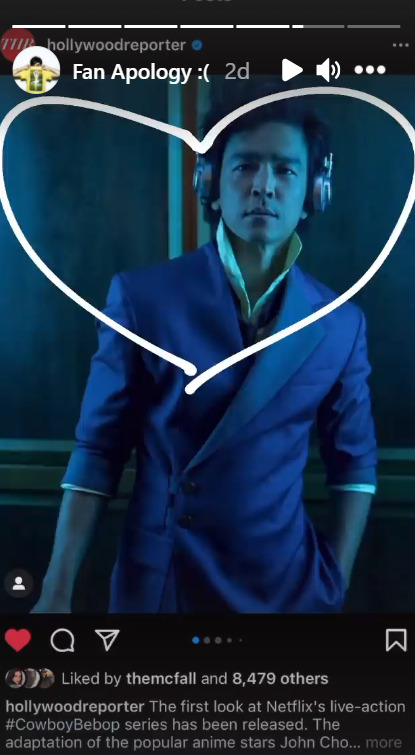 Astley’s song continues to play as a comment from Pineda on The Hollywood Reporter’s Instagram in reaction to the first look post shows that she wrote, “Oh man THEY BETTER NOT RUIN THIS. I mean WHERE’S Ed?? They better not mess this up! Why isn’t Faye half naked???” 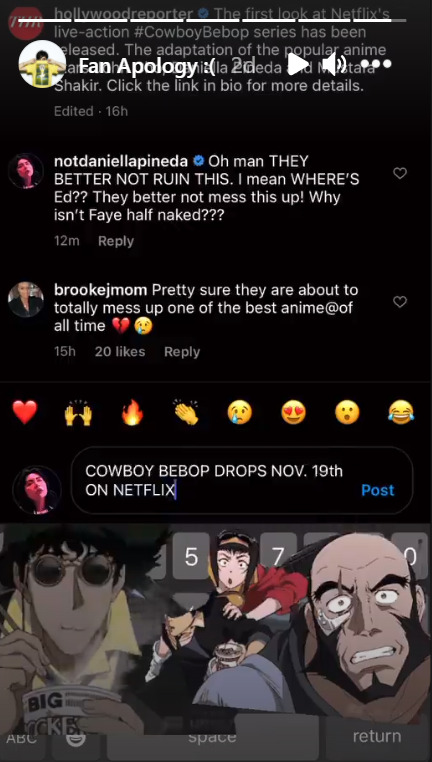 This would lead to backlash against the actress and the uncovering of Pineda wearing a very skimpy outfit from her time on The Detour, where she played Vanessa.

In response to this backlash, Netflix tweeted two photos of Daniella Pineda wearing Cowboy Bebop t-shirts with the first one showing Faye Valentine in her iconic outfit from the anime.

They wrote, “just some daniella pineda to bless your timeline.” 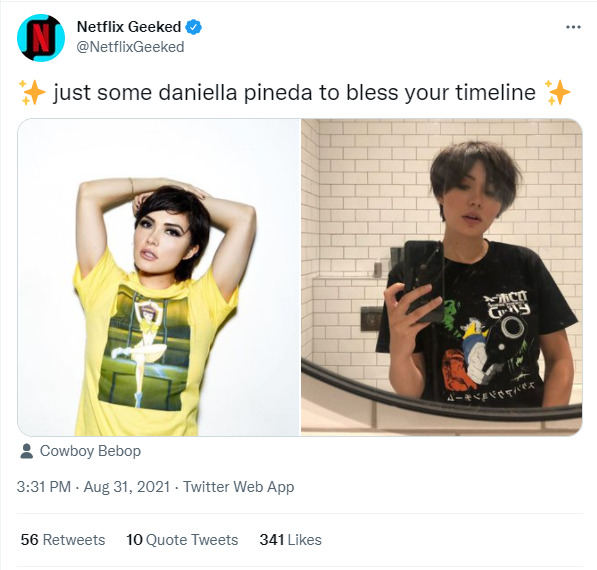 In a subsequent tweet they added, “daniella pineda IS faye valentine.”

What do you make of Netflix’s response?