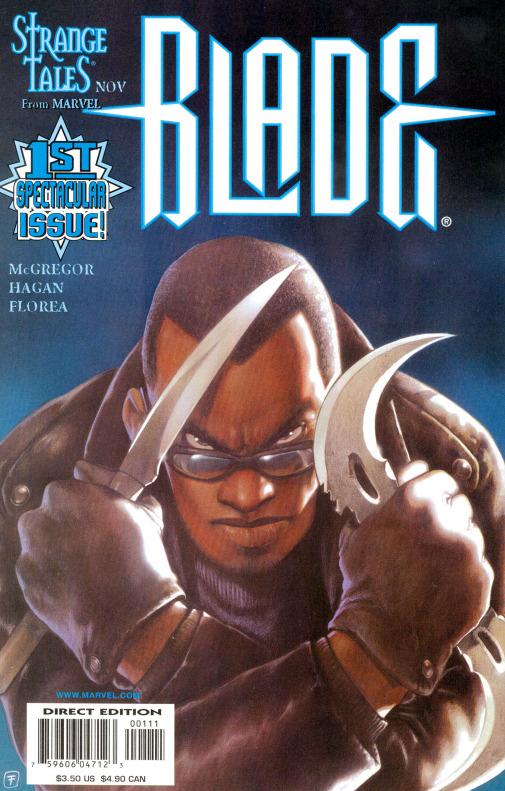 July expressed his opinion after reading Tariq’s comments about the film from an interview on The Playlist Podcast.

In that interview, Tariq stated, “Character is very important for me, and character is something that… I don’t think of genre, I think of character. And where our character has to go is going to be really important. What’s so great is it’s not as boxed in as I think people imagine it to be, which I thought it was. It’s quite exciting.” 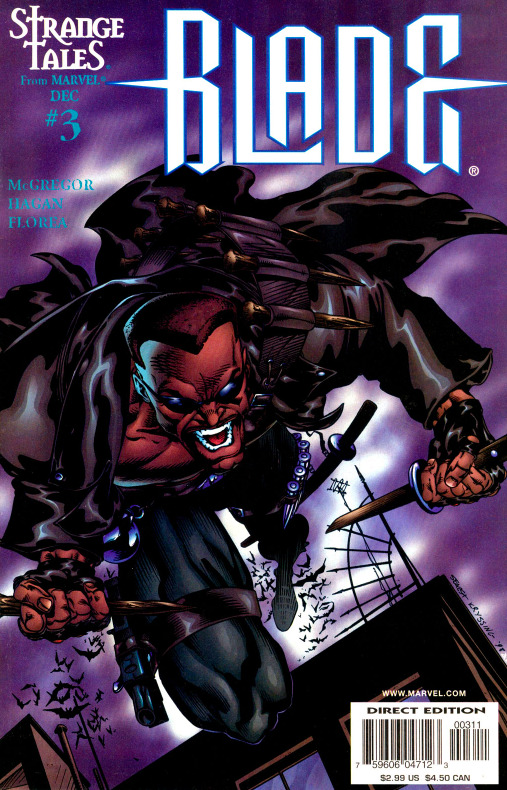 He continued, “It’s not like Peter Parker. His name is Peter Parker. In some comics his name is Frank H. Blade, you know, instead of Eric Brooks. So it’s an interesting thing of like…”

“Unfortunately, the runs never lasted that long. So, I think there have been some interesting and exciting ways…But I can say it’s character first,” he concluded. 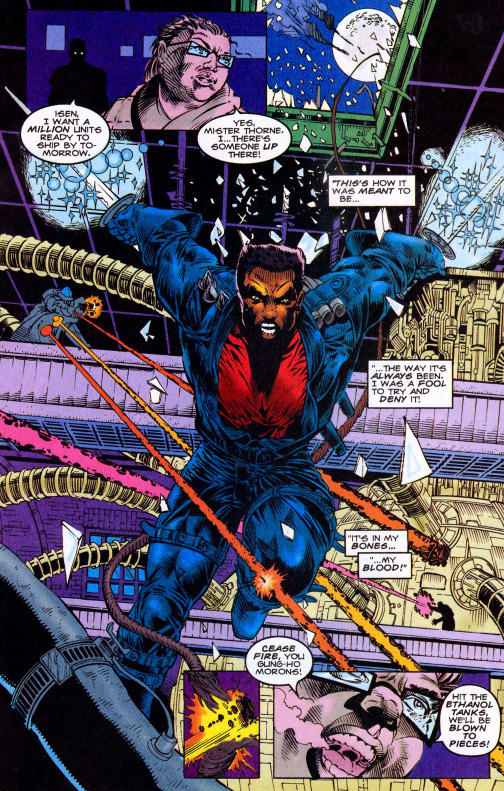 Before reacting to Tariq’s comments July did note, “I’ve said that Blade is one of my favorite characters in comic books, in mainstream comic books. And when it was announced that there would be a Blade movie, I was kind of not that enthusiastic. I was like, ‘Aw that’s pretty cool.'”

After reading Tariq’s comments, July reacted saying, “So basically what’s he saying is, ‘F*** canon. We’re gonna do whatever we want to do and Marvel’s giving us the freedom to do that.'”

July does recognize that Blade did go through some character growth in his early runs when they changed his design to more resemble, Wesley Snipes’ look in the popular films.

However, he notes, “And definitely when you consider everything that happened out of that and the growth of Blade that we saw from basically the late 90s going into the mid-2000s, which was some of his most prominent work. To act like that is something to not follow, lets me know that it’s dead on arrival.” 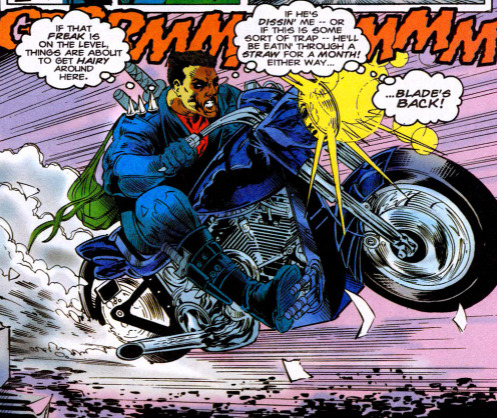 Related: Eric July Explains Why He No Longer Wants To See His Favorite Marvel Characters In The MCU

July continued, “But I guess the more important thing to point out here is all this does is reassure or rather confirm everything I’ve said about Marvel going forward. Marvel does not care about canon. A lot of this stuff they’re about to do going forward is more nostalgia bait and a lot of it is going to be bait and switch. Nostalgia bait and switch. That’s basically what the Marvel Cinematic Universe is going to be.”

“And what they’re going to do, is they are going to take characters, and some of them you didn’t ask for. You’ll get the Kamala Khans and the America Chavezes and all of the RiRi Williams characters that nobody f***ing asked for that appear,” he stated.

July elaborated, “But the ones that do appear that are decent, they’re not going to act anything like their comic book counterparts. Kind of like what we see with Tom Holland Spider-Man, who is not Spider-Man. He’s not Peter Parker. He’s just some motherf***er going around in a red and blue Spidey suit that f***ing web slings. That’s it.” 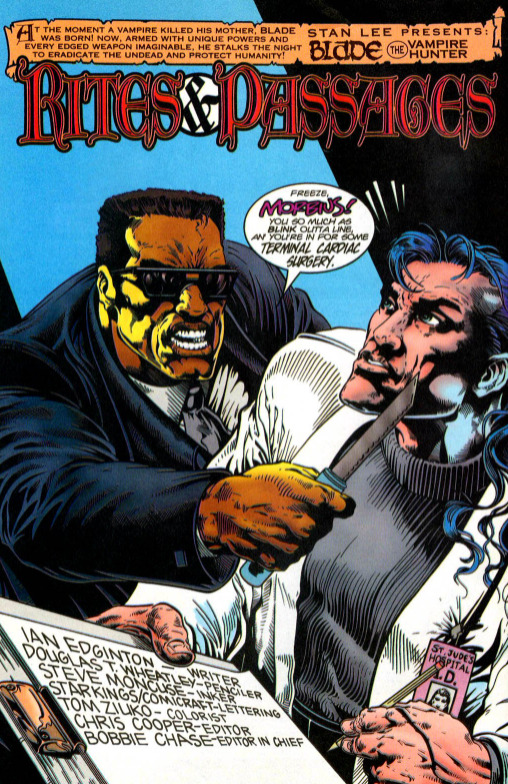 He then explained why these characters won’t resemble their comic book counterparts, “It’s because the people that are attached to th eprojects don’t care, right? And they have their vision of what it wanted to be. Sometimes it’ll be social views and stuff they want to focus on, and they want to make sure that story gets told. And now a character that the people know of, like Blade, gives them the opportunity to do that.”

A bit later July stated, “In my company and one of the things that we start, how we’re going to do this company, I keep talking about like canon and continuity being things that matter. Like these are things that are important. I think that Marvel believes now, DC as well, that nobody cares about that.”

“The characters aren’t characters at all. They’re more brands. They’re suits. They’re uniforms. So who’s in it. Their stories can be changed and altered; it doesn’t matter. And to be fair, there are a lot of like, for example, the MCU stans, they don’t read books. They don’t give a s*** about any of that. But I think [Marvel and DC] overstate how reliable that demographic is and they don’t seem to understand how much people care about that,” he asserts.

As July notes, Marvel creatives have made it abundantly clear they do not care about comic book canon. Black Widow and WandaVision writer Jac Schaeffer stated in 2019 that she is “not interested in adhering to comic canon that is discriminatory in any way or that violates my values system.”

Marvel Studios boss Kevin Feige would also reveal the company does not care about comic canon when addressing all the race and gender swapping in the upcoming Eternals movie.

Feige explained, “Well, the notion of switching up the genders, sexualities and ethnicities of the characters from the comics, was baked in initially — that was part of what Nate Moore was really advocating for in moving “Eternals” to the top of the list for us to start working on.”

What do you make of Eric July’s explanation for why he believes Blade is “dead on arrival.”