Venom was an unlikely hit for Sony Pictures making over $850 million worldwide – despite being a sloppy mess of a film.

However, its sequel – Venom: Let There Be Carnage – is essentially the restaurant/lobster tank sequence from the first film stretched across 90-minutes of absurdity.

If you revisit Venom before watching Venom: Let There Be Carnage – and more specifically, the end credits sequence from the first film – the difference between the two is almost night and day. At the end of the last film, Eddie showed a calm, confident demeanor totally confident in his demeanor when interviewing Cletus Kasady (Woody Harrelson).

However, in the actual sequel itself, Eddie is back to looking sick, sweating profusely, and constantly fidgeting while talking to Cletus, obviously showing signs that his attempts to keep Venom under control have taken a toll on him.

Meanwhile, it seems as though the filmmakers couldn’t decide on how to style Harrelson’s red-haired wig for the film, as it humorously changes in appearance nearly every time Cletus is on screen. 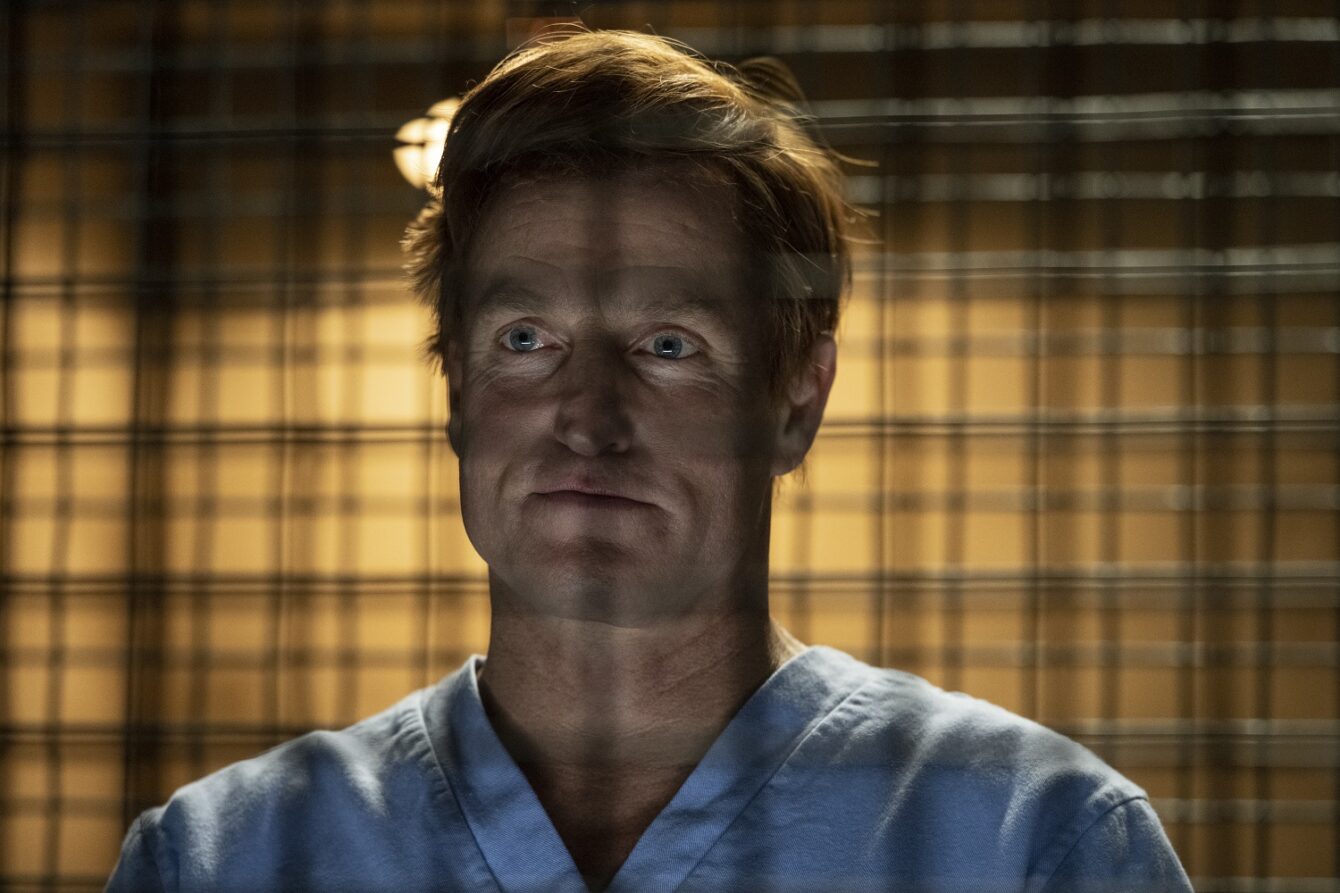 Woody Harrelson as Cletus Kasady in Venom: Let There Be Carnage. Sony Pictures. 2021

Not learning anything from Anne’s (Michelle Williams) decision to leave him in the first film, Venom: Let There Be Carnage sees Eddie attempting to cover Cletus as a way to right his struggling journalism career.

But after Cletus gets a taste of Eddie’s blood, he becomes Carnage, the unpredictable and murderous son of the symbiote. 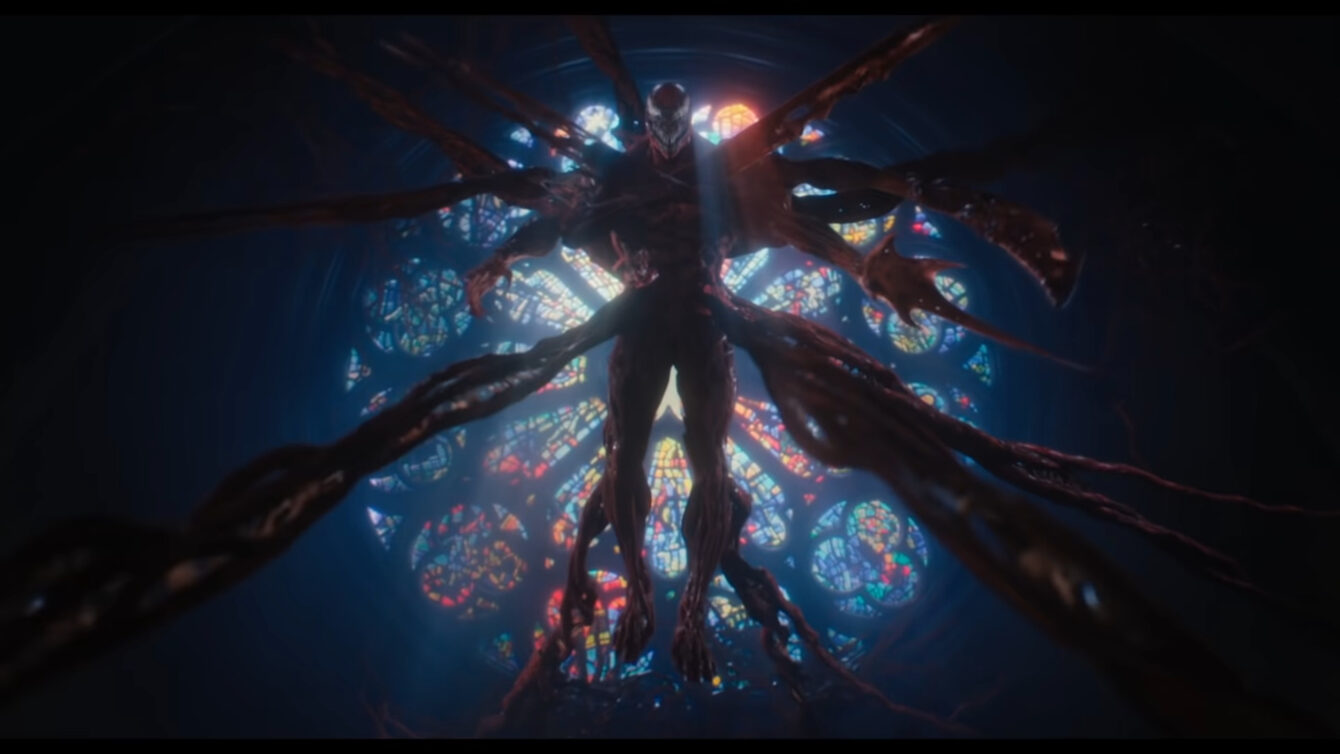 Related: Audience Scores Arrive For Venom: Let There Be Carnage

Kelly Marcell is the only writer from the first film to return, but the sequel mark’s Tom Hardy first feature film writing credit. Hardy contributed a ton of material regarding the intricacies of Venom and Eddie’s relationship – and it shows, as because they obviously know each other very well, the two drive each other crazy and argue like an old married couple.

For example, Venom is sick of eating chickens and being restrained by Eddie’s rules, and throws weird, symbiotic tantrums when he doesn’t get his way, acting very much like a child who isn’t able to play with their favorite toy or eat their favorite candy. 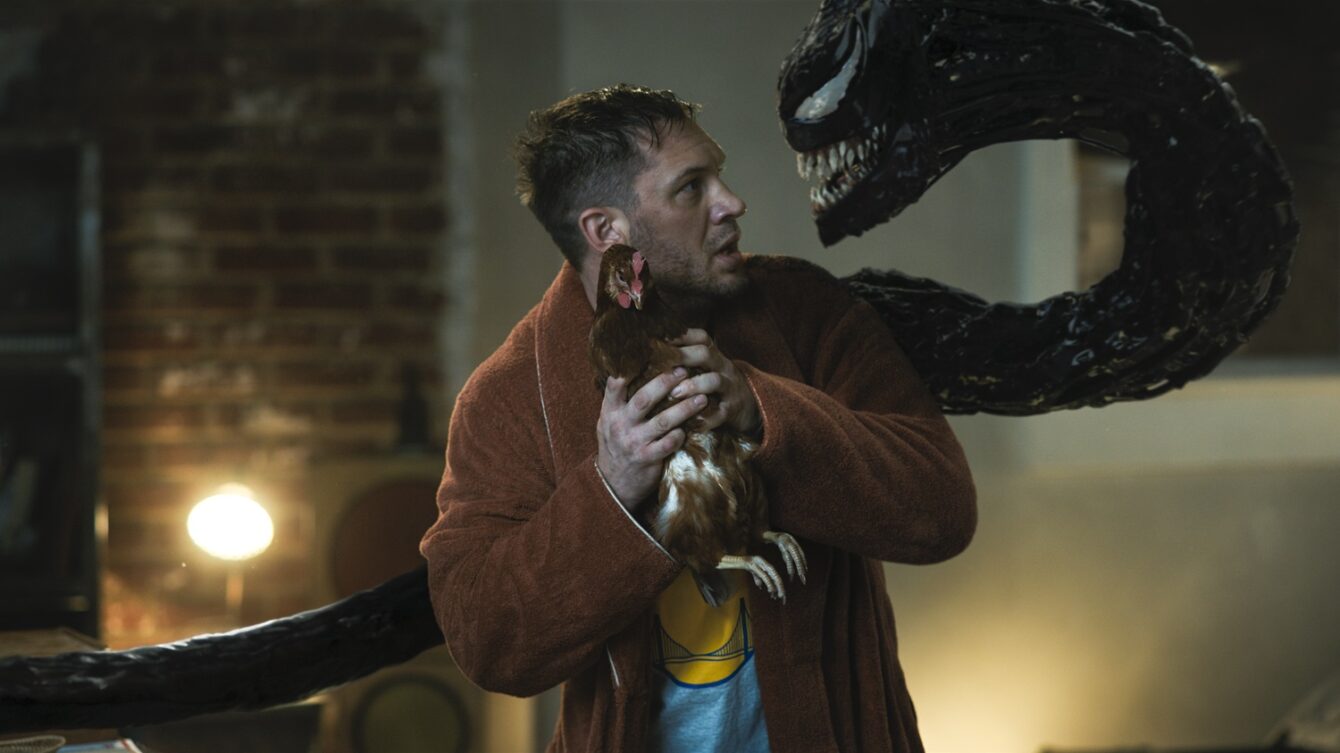 Tom Hardy as Eddie Brock in Venom: Let There Be Carnage. Sony Pictures. 2021

What’s intriguing about Venom and Eddie’s relationship is that it’s complicated, to say the least. There are homosexual undertones in the film, with Venom seemingly having his own ‘coming out party’ and even confessing his love for Eddie, but most of the film’s romantic undertones deal with both Eddie and Venom’s desire to win back Annie – the former because he’s still in love with her, and the latter because he wants Eddie to be happy, as the two humans are better together than they are apart.

It’s not as awkward as Eddie and Venom having a baby in the comics, but it’s still a peculiar way to go about exploring their relationship. Yet, it kind of works with the overall hectic and fast paced nature of the film. 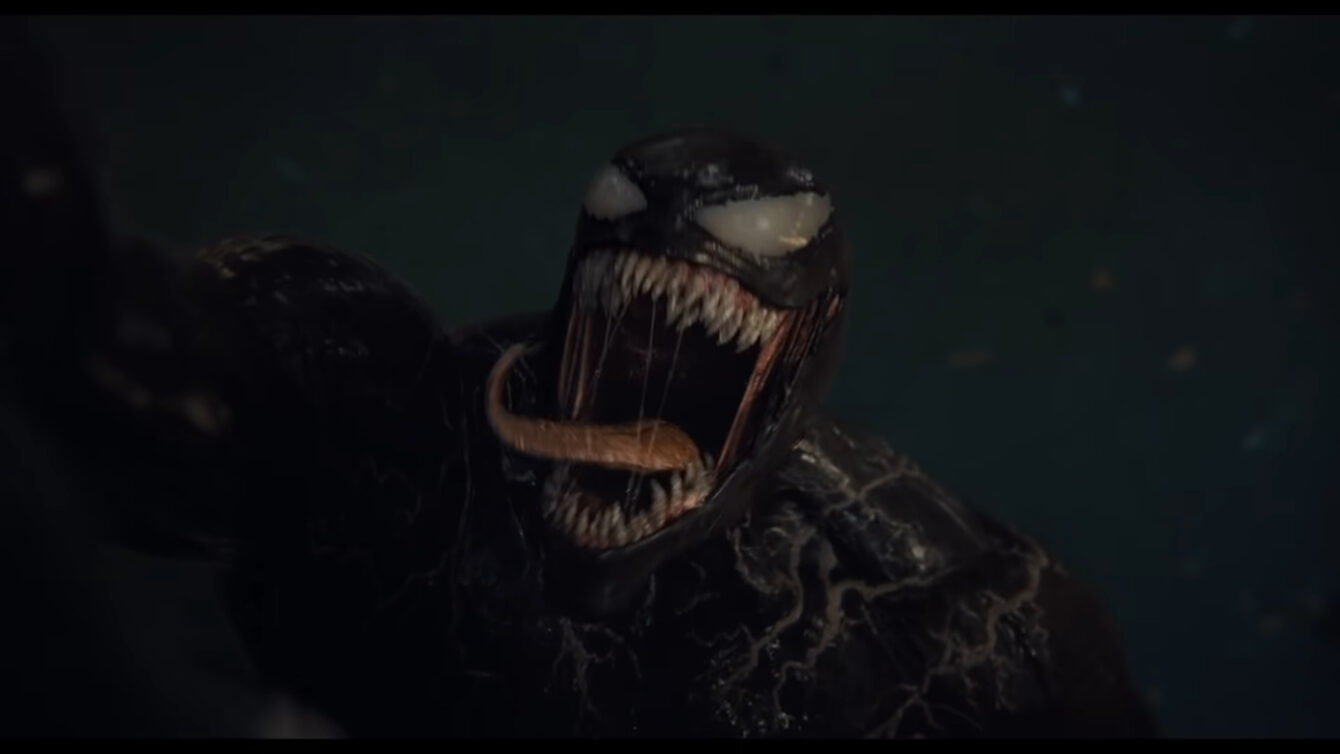 Related: Venom Actor Tom Hardy Calls Bane Latinx While Discussing the Origins Of His Voice In The Dark Knight Rises

The sequel also features an overall improvement in CGI and special effects, with Venom appearing more detailed in both the black, sleeker, and shinier parts of his body and his head, while his teeth have so much more detail than they did in his first outing.

Carnage being red also allows the audience to decipher what’s occurring on screen so much easier than in the first film, whose final fight between Venom and Riot is a horrid mess of two gray and black symbiotes that kind of just mashes them together into an indistinguishable blob of CGI and hopes that the audience’s imagination can do most of the heavy lifting.

Notably, there’s also a ton of fire in Let There Be Carnage, an ambient background addition which adds additional light sources and makes the action so much easier for your eyes to process. 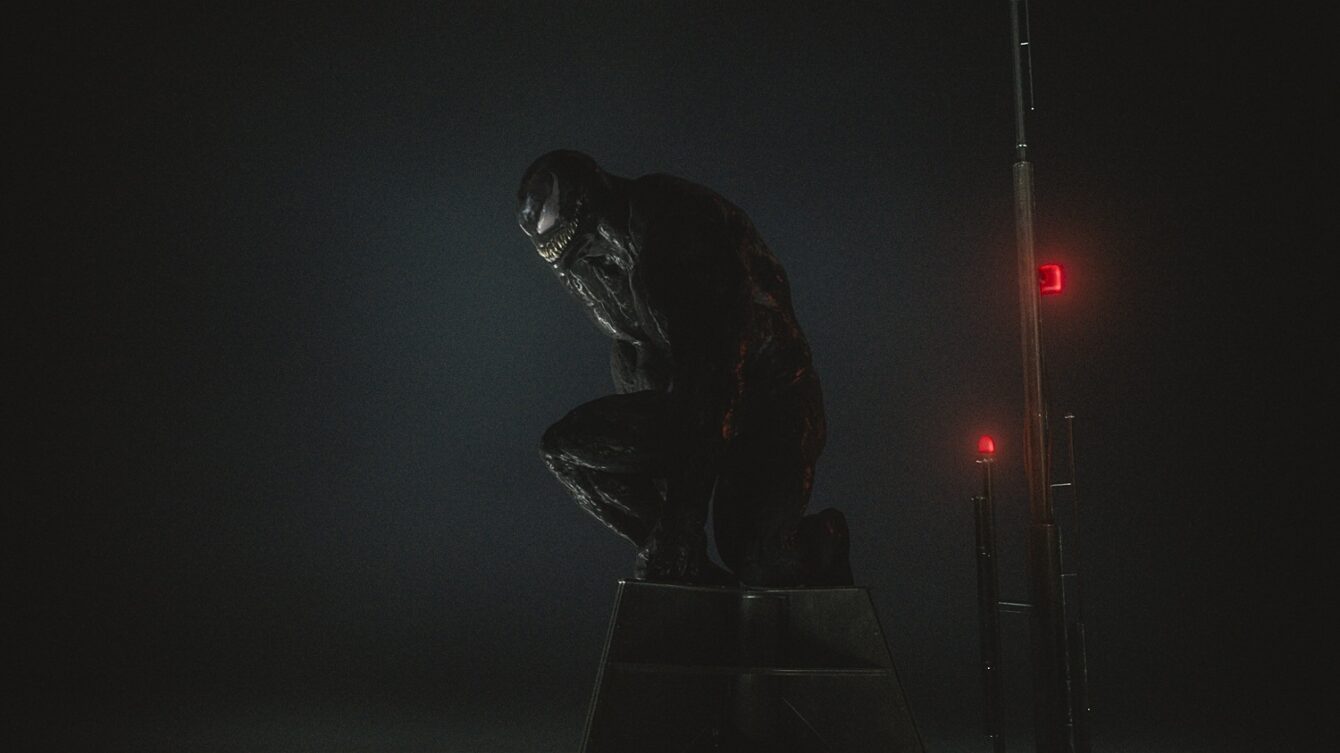 Venom overlooks the city in Venom: Let There Be Carnage. Sony Pictures. 2021

The transformation sequences are special effects masterpieces because they have almost a werewolf kind of aspect to them – those in-between animations of Tom Hardy’s and Woody Harrelson’s faces being half transformed go a long way.

In particular, Carnage’s introduction is a pretty incredible display, as he causes a ton of mayhem and kills a massive amount of people. However, there is one lame aspect of Carnage’s CGI appearance, which is the goofy ‘tornado’ he turns into to as he violently sweep across his prison block – thankfully, however, it’s a simple thing to look past. 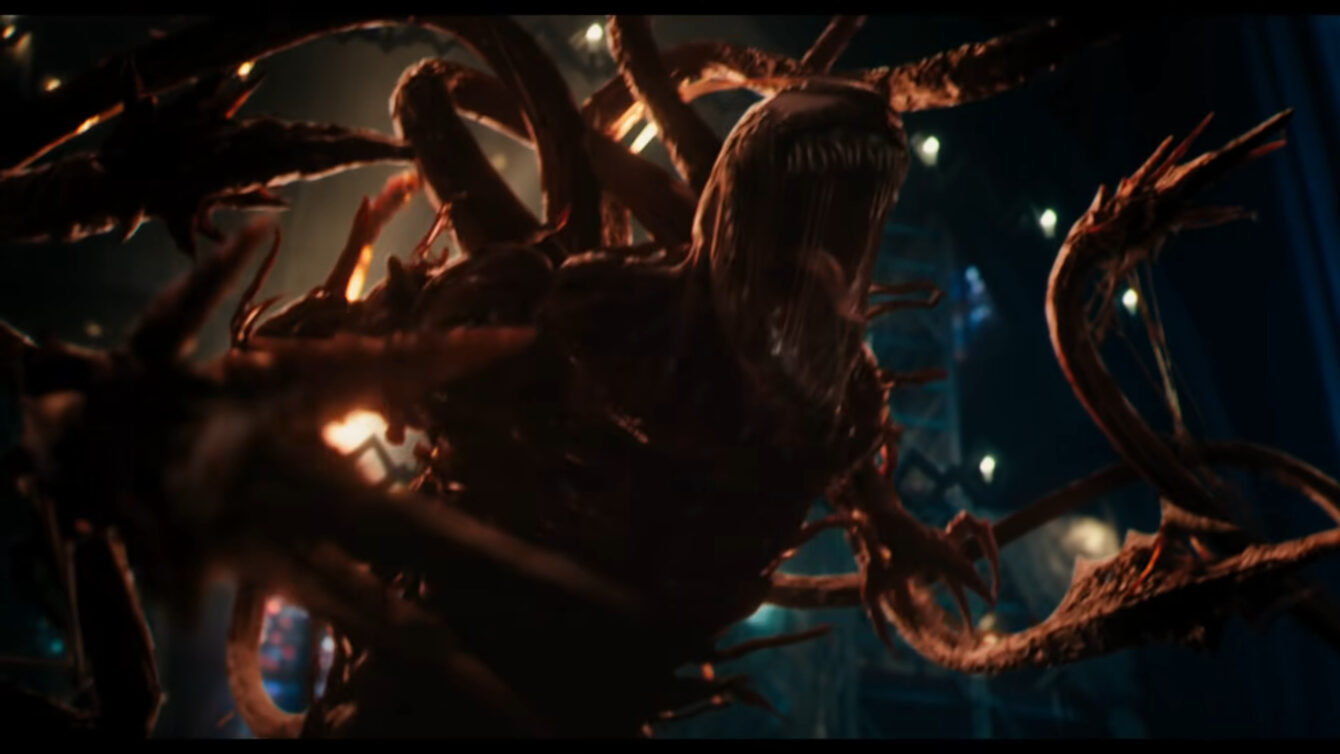 As for the Shriek (Naomie Harris)/Officer Mulligan (Stephen Graham), her entire side story is ultimately unnecessary. Shriek is only included in the film because of her ability to scream, and thus hurt symbiotes (due to their weakness to loud sounds).

Harris also uses a really stupid raspy voice for the role and is basically wasted overall in both her talents as an actor and as a meaningful character. 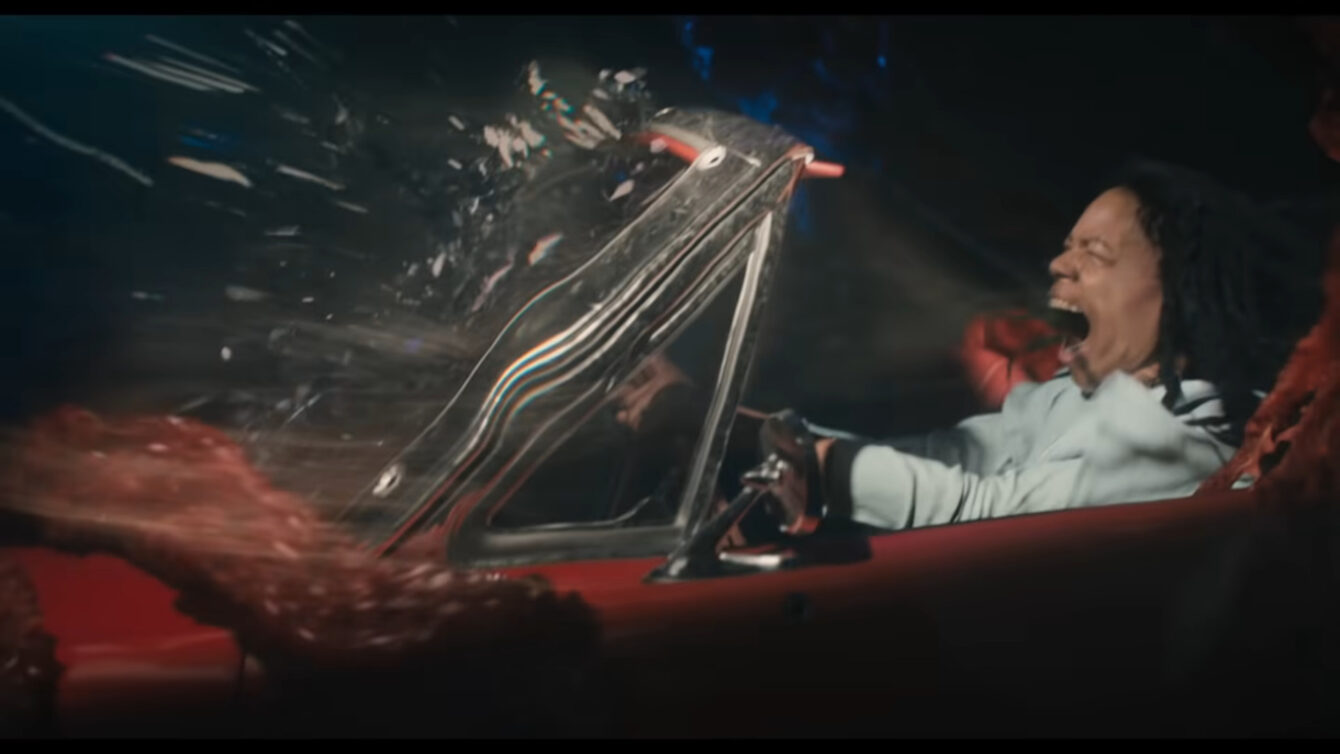 Venom: Let There Be Carnage never tries to be anything other than a dumb superhero film, but if you hated the first film, the sequel won’t make you feel any differently about Marvel’s lethal protector.

Hardy, in dual roles, is what makes these films worthwhile in the slightest, as his intricately comical self-chemistry is insane. The film also boasts what feels like an accelerated pace that moves the story from action sequence to action sequence before coming to an end rather quickly, leaving Venom: Let There Be Carnage to stand as one of those a special kind of stupid blockbuster endeavors that, every so often, strikes idiotic gold. 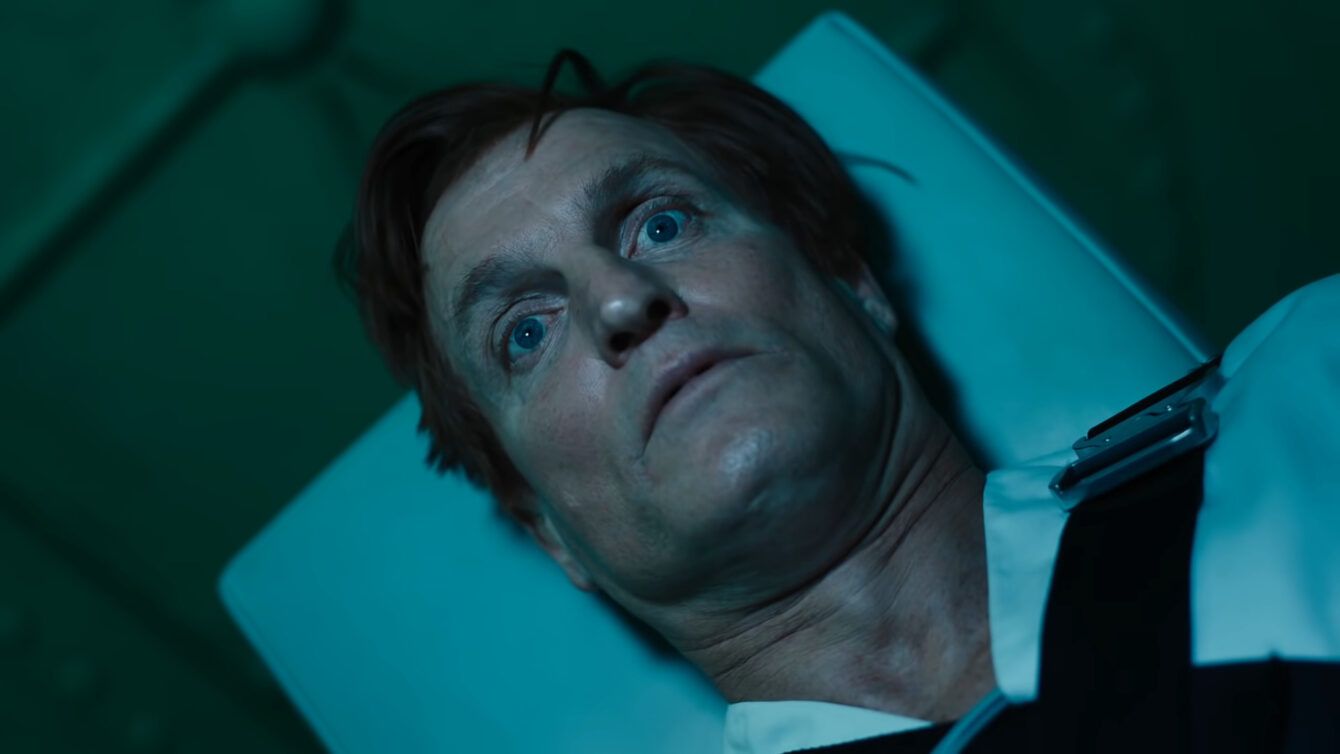 The sequel is a definite improvement over the first film in the sense that it totally embraces its stupidity resulting in a comic book film that feels light, silly, and amusingly psychotic all at the same time.

Oh, and in case you’re wondering – yes, the end-credits sequence is as worthwhile as the internet has made it out to be.