In a scene that was both confusing and yet unsurprising, Star Trek: Lower Decks recently pushed a classic piece of franchise lore to a bizarre and overtly sexual extreme.

**Warning: Graphic images from the episode are included below** 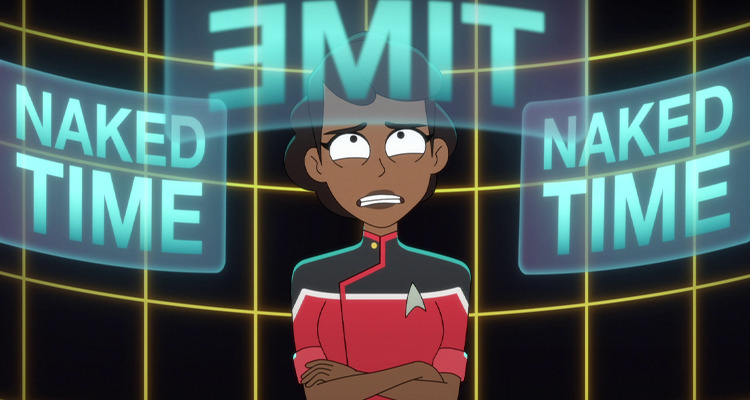 The moment occurred in the eighth episode of Lower Decks’ currently airing second season, ‘I, Excretus’, during a training exercise in which series lead Beckett Mariner is tasked with demonstrating her potential abilities as a Captain by running through a hologram simulation based on the classic Star Trek: The Original Series episode The Naked Time. 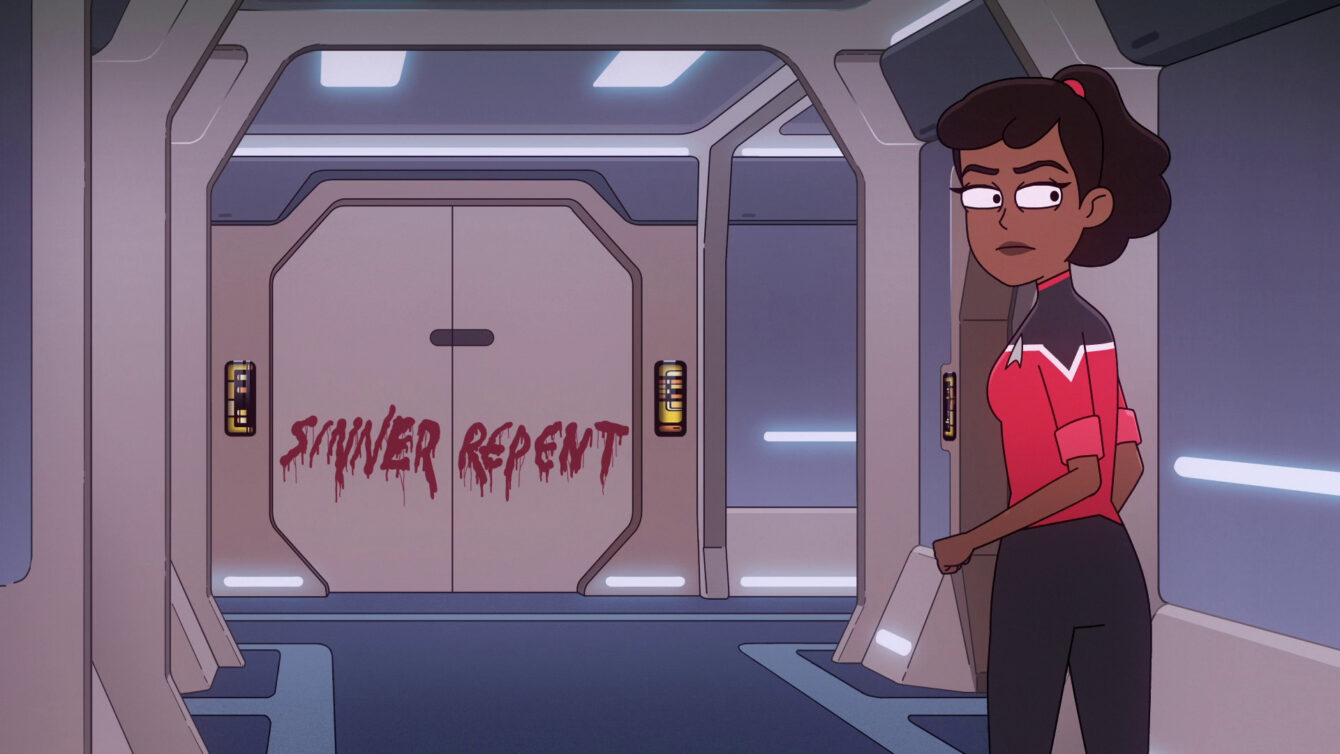 Materializing onto a virtual-approximation of the U.S.S. Cerritos amidst an outbreak of polywater intoxication (otherwise known in-universe as both the Psi 2000 virus and the Tsiolkovsky infection), Mariner soon encounters her crewmates deep within the disease’s throes. 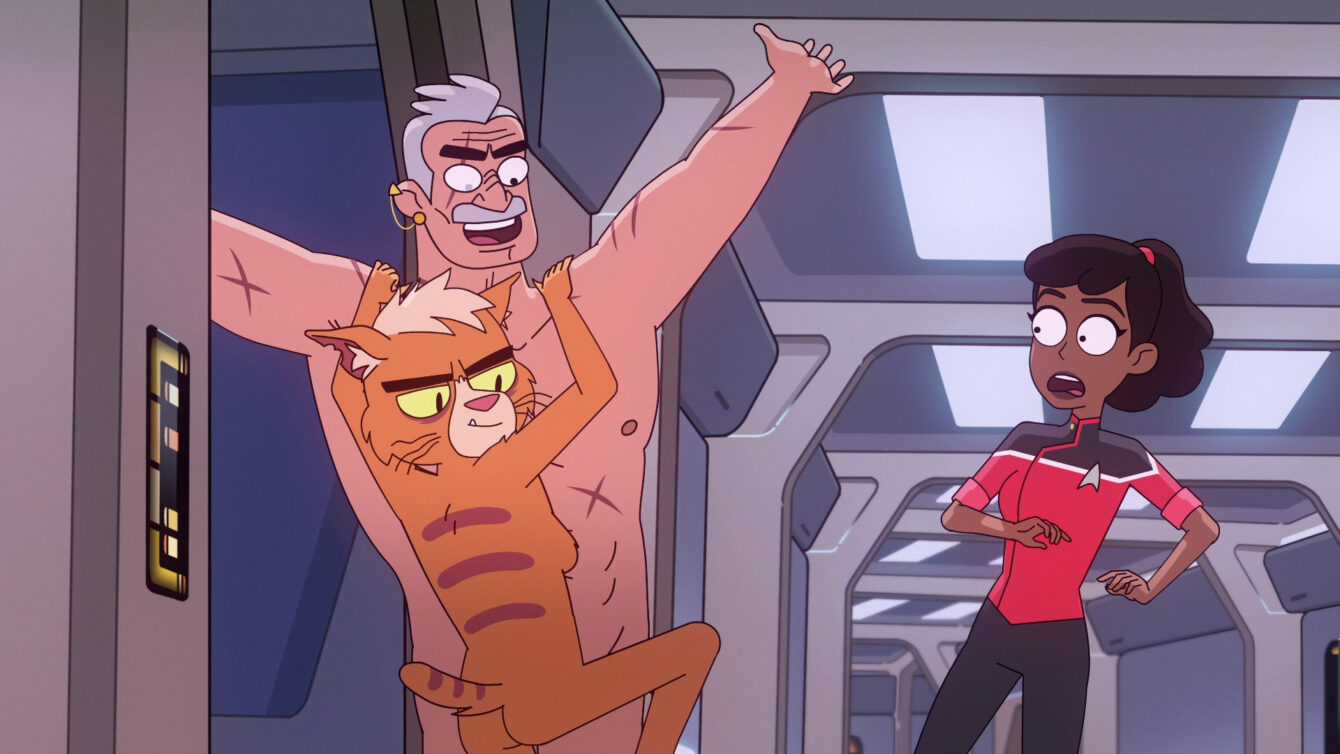 Though Mariner initially attempts to get a handle on the situation, barking orders at the crew and demanding that they return to their stations, she soon loses her composure after seeing Boimler spread eagle atop the counter of the Cerritos’ bar: 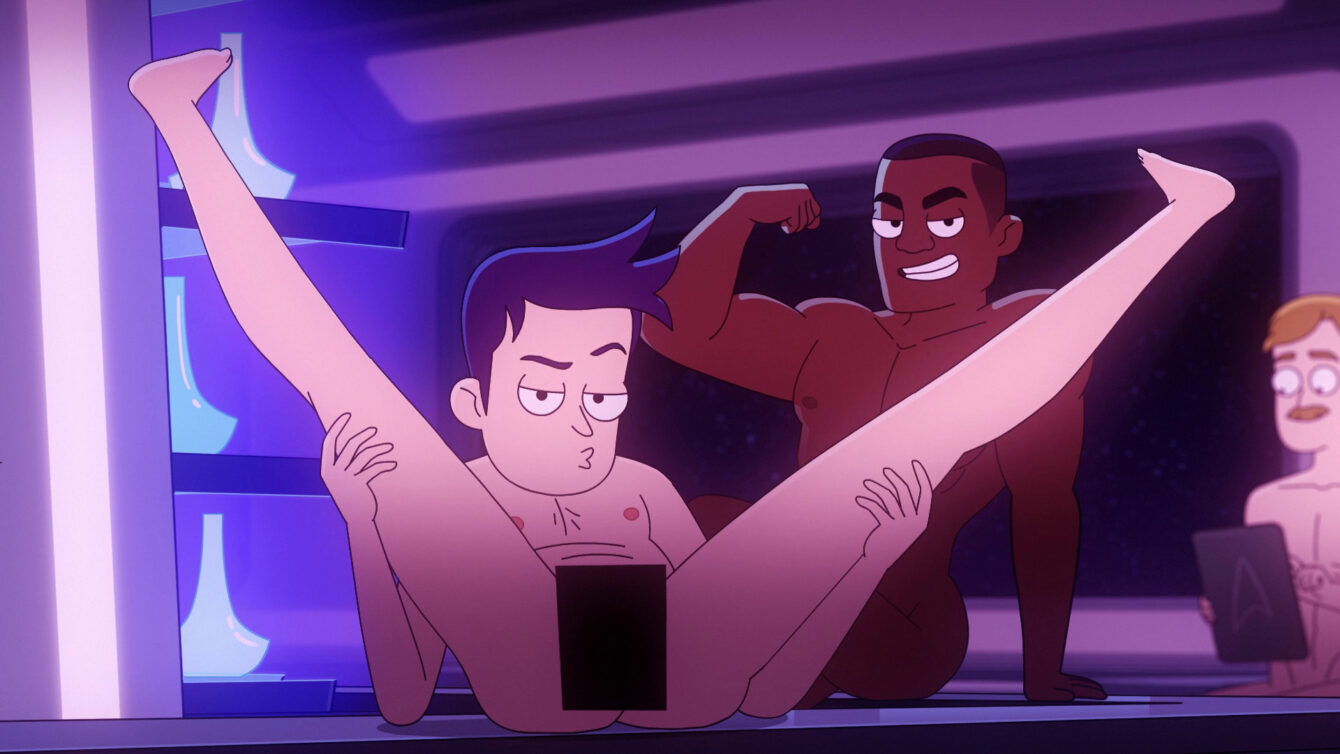 And Stevens riding Ransom like a horse while spanking him with a phallic-device: 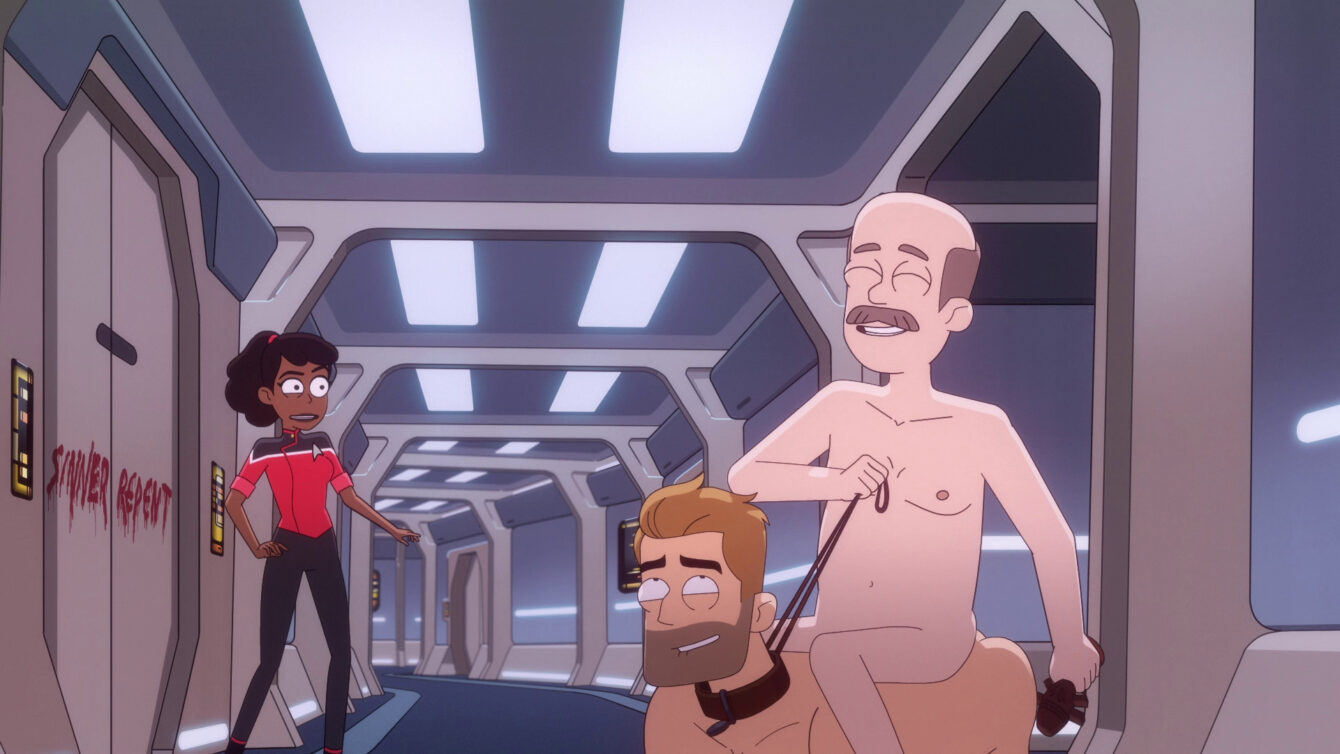 These shocking displays eventually lead Mariner to eject herself and the naked crew members into space, netting her a failing grade and ending the simulation. 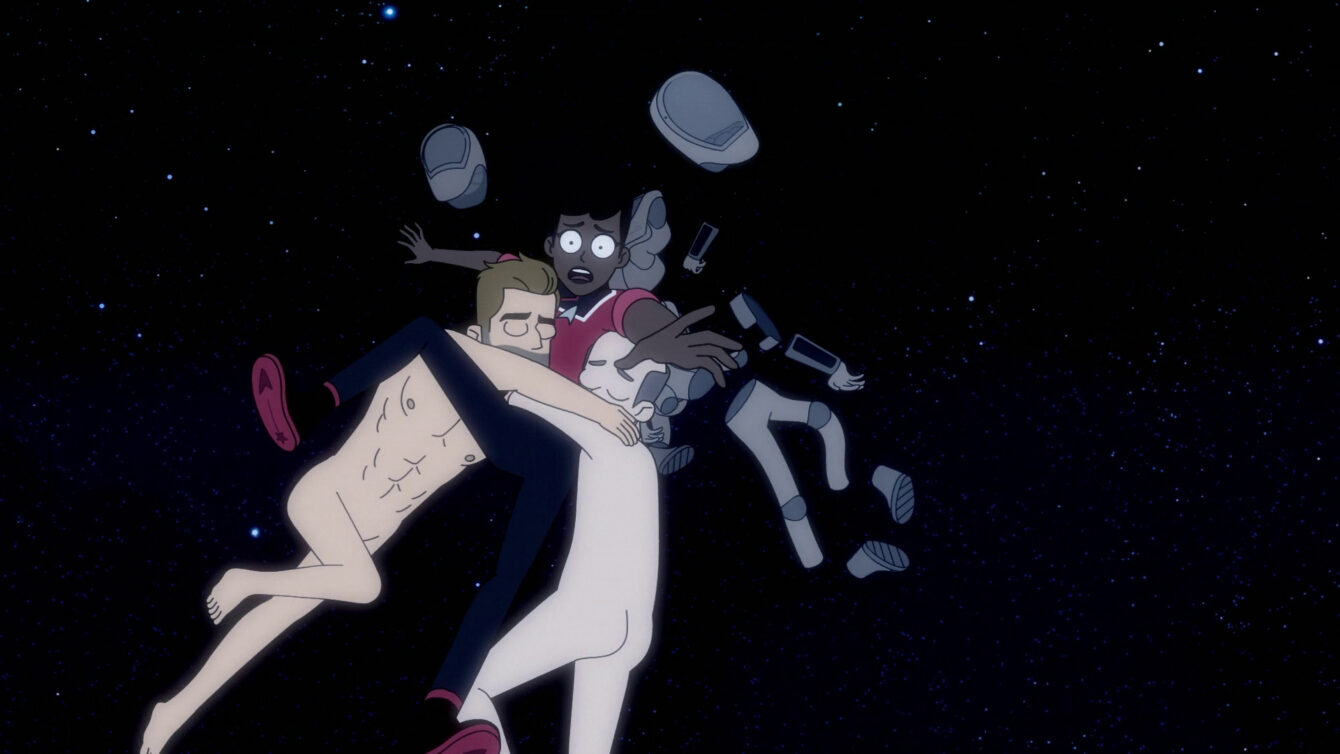 As mentioned above, this is not the first time polywater intoxication has been seen in Star Trek, having played central roles in the aforementioned The Naked Time and the Star Trek: The Next Generation episode The Naked Now.

However, these episodes saw the more senior members of the respective Federation crews, disciplined and intelligent, battling to solve the mystery of their affliction rather than immediately giving in to their desires. 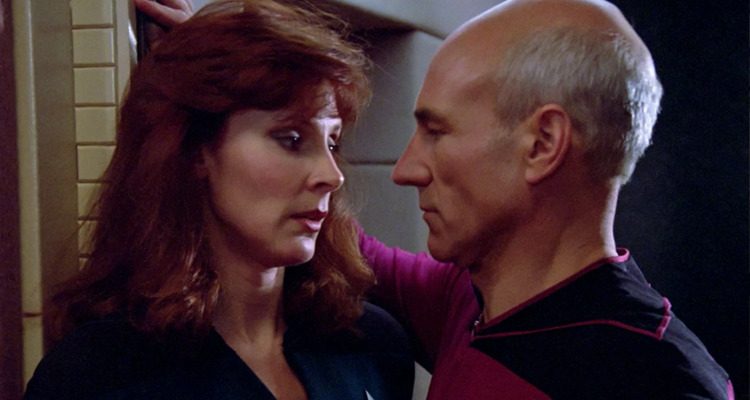 And while, yes, Lower Decks is meant to be a comedy, it still wants to present itself as a veritable entry in Star Trek lore, and as such, the bit begs so many questions within series lore – Why was such an extreme simulation programmed in a Federation training program? How did anyone who was supposedly willing to give into their urges so immediately get put into a position of leadership? Given what we know of the disease, how was Mariner even expected to pull the ship back from this level of intoxication? – that it’s left feeling more ‘desperate for laughs’ than ‘genuine Star Trek humor.’ 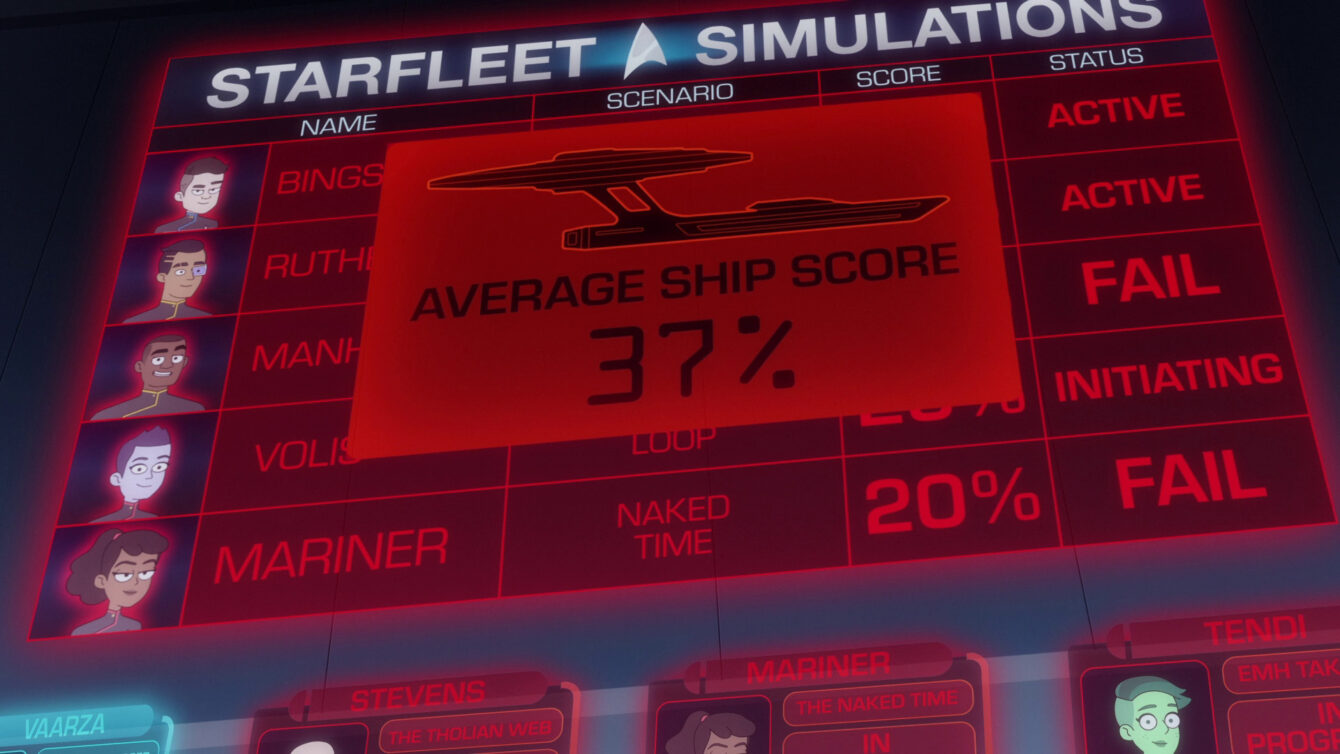