Netflix’s decision to cast Deadpool 2 actress Zazie Beetz as the freed-slave-turned-mail-carrier-and-gunfighter Mary “Stagecoach Mary” Fields in their upcoming western The Harder They Fall has drawn accusations of ‘light washing’ from social media critics who have taken issue with the fact that the upcoming film does not accurately portray the real-world appearance of the historical figure. 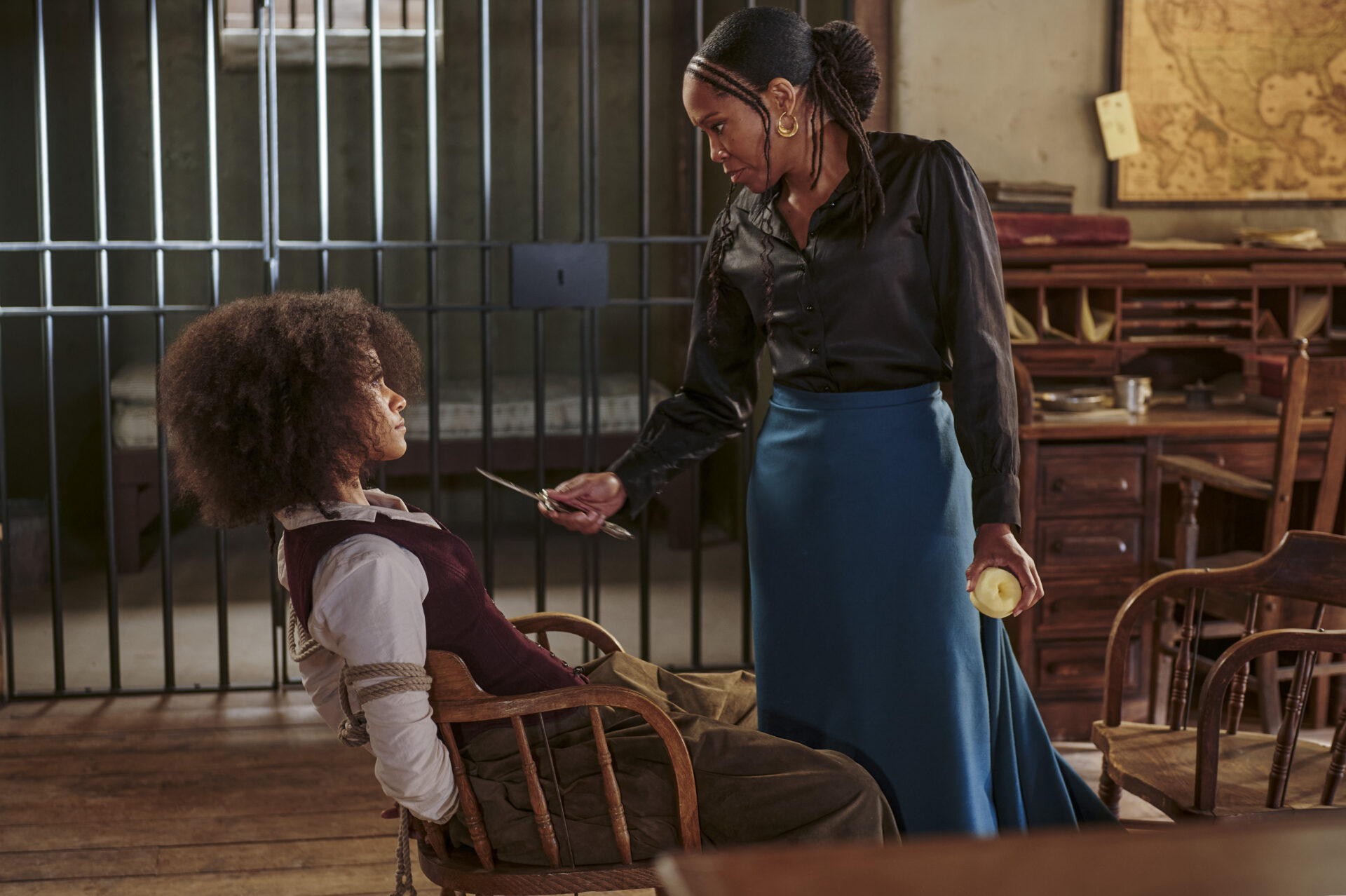 Directed by Jeymes Samuel and co-written by himself and Boaz Yakin, The Harder They Fall tells a fictionalized tale of revenge centered around real-world cowboy Nat Love’s (Jonathan Majors) quest to reunite his gang of black ‘Wild West’ icons and enact revenge against the murderer of his parents.

One such member of the gang is Fields, portrayed, as mentioned above, by Beetz.

Born into a life of American slavery around 1832, Fields was emancipated following the conclusion of the Civil War before eventually securing work – at the age of 60 – as the country’s first African-American female star route mail carrier. 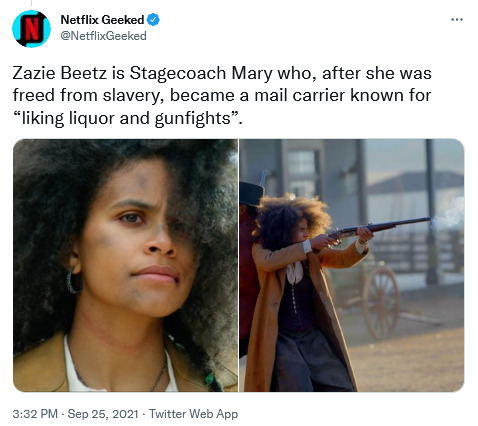 During her tenure as a mail carrier, Mary proved to be both fearless in the face of danger, carrying multiple firearms with her on her routes to stave off wild animals and robbers, and reliable, never missing even one day of her route assignments.

Eventually, her tenacious reputation, as well as her preferred option of travel, earned her the nickname ‘Stagecoach Mary.’ 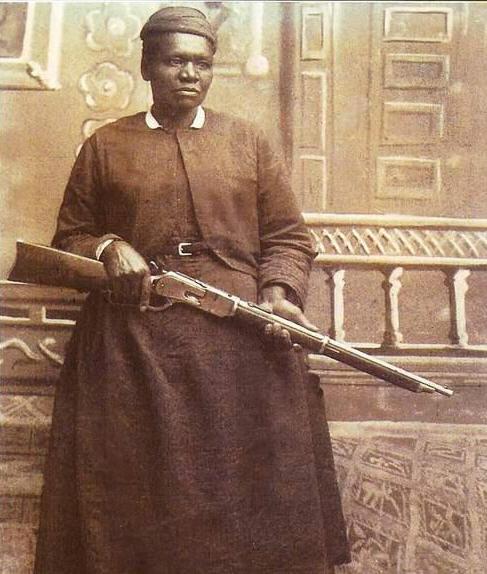 However, despite both Fields and Beetz being black, the latter’s casting as the former was met with backlash from Twitter users who felt that the film had done a disservice to the historical figure by portraying her as more light-skinned than she actually was.

“Y’all better not put that white women on my screen,” wrote @GhostShivs, erasing Beetz’s ethnicity in the process. 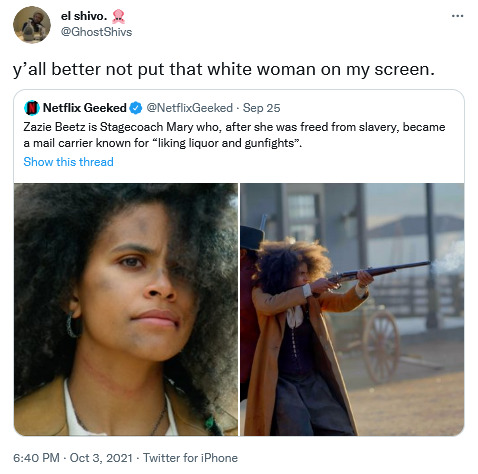 Similarly, @iAmNotH3aven asserted, “Y’all really picked a mutt that don’t wash her a**.” 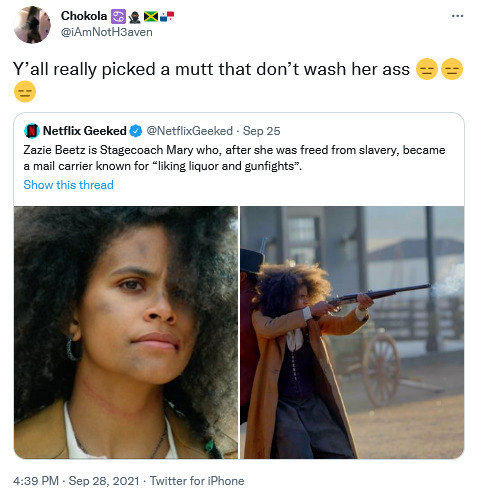 “Stop tweeting us this pro black s–t if you’re going to keep colorism going in your films and shows,” said @QueenMiercoles in response to the official Netflix Geeked account. “She is not plus sized and she is not dark skinned. She should not have been cast. As much money as y’all have over there this constant colorism is ridiculous.”

Interestingly, a number of critics also took issue with Beetz herself, particularly with how she agreed to take the role despite being less-than-accurate to Fields’ historical appearance.

“When @netflix ain’t got s–t better to do…SMH,” said @oyagotmevoered. “And Zazie Beetz knew better but chose not to do better when she took this role and ignored the implications.” 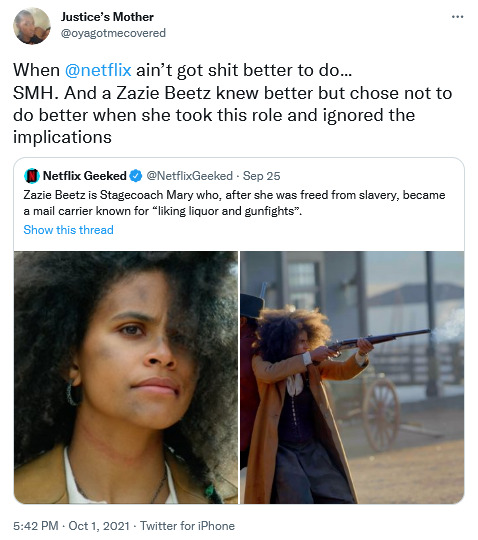 @MzSoJazzy questioned, “What the hell is this @netflix,” due to her belief that “y’all knw good and well this is BS.”

“I hope this original fails because y’all wanted to use non dark skin person to portray a dark skin person story #FIXIT #StagecoachMary and she should’ve said No,” she added. “she knws good and well she dnt fit that role.” 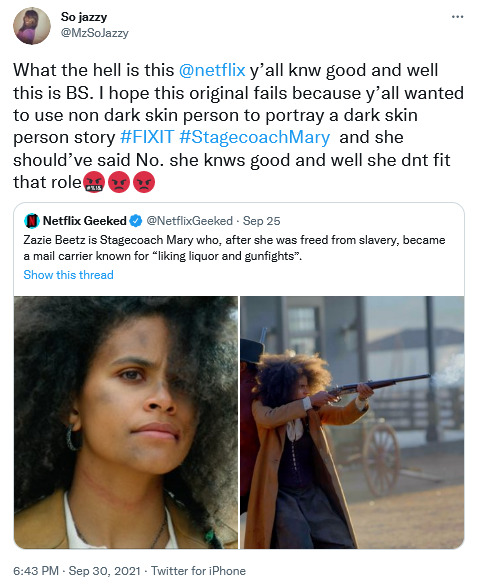 “At this point we know the studios would pull this shit, but cmon. it’s on the actors not to too,” argued @KeepNavigating. “Take some responsibility.” 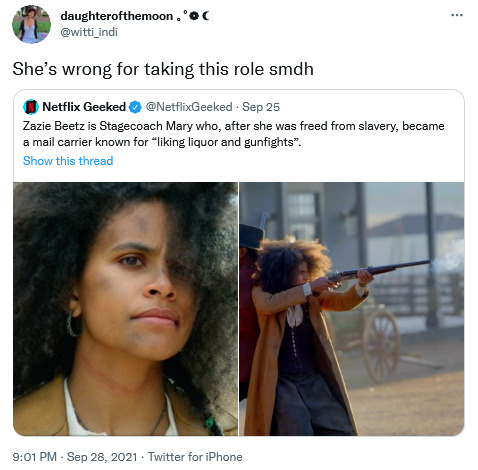 With the outrage being directed towards Netflix for this casting, one wonders if the same critics took issue with the similar ‘black washing’ of history seen in such projects as Channel 5’s Anne Boleyn series, Legendary’s graphic novel based on the life of 18th century boxer Elizabeth Wilkinson, or Netflix’s Bridgerton. 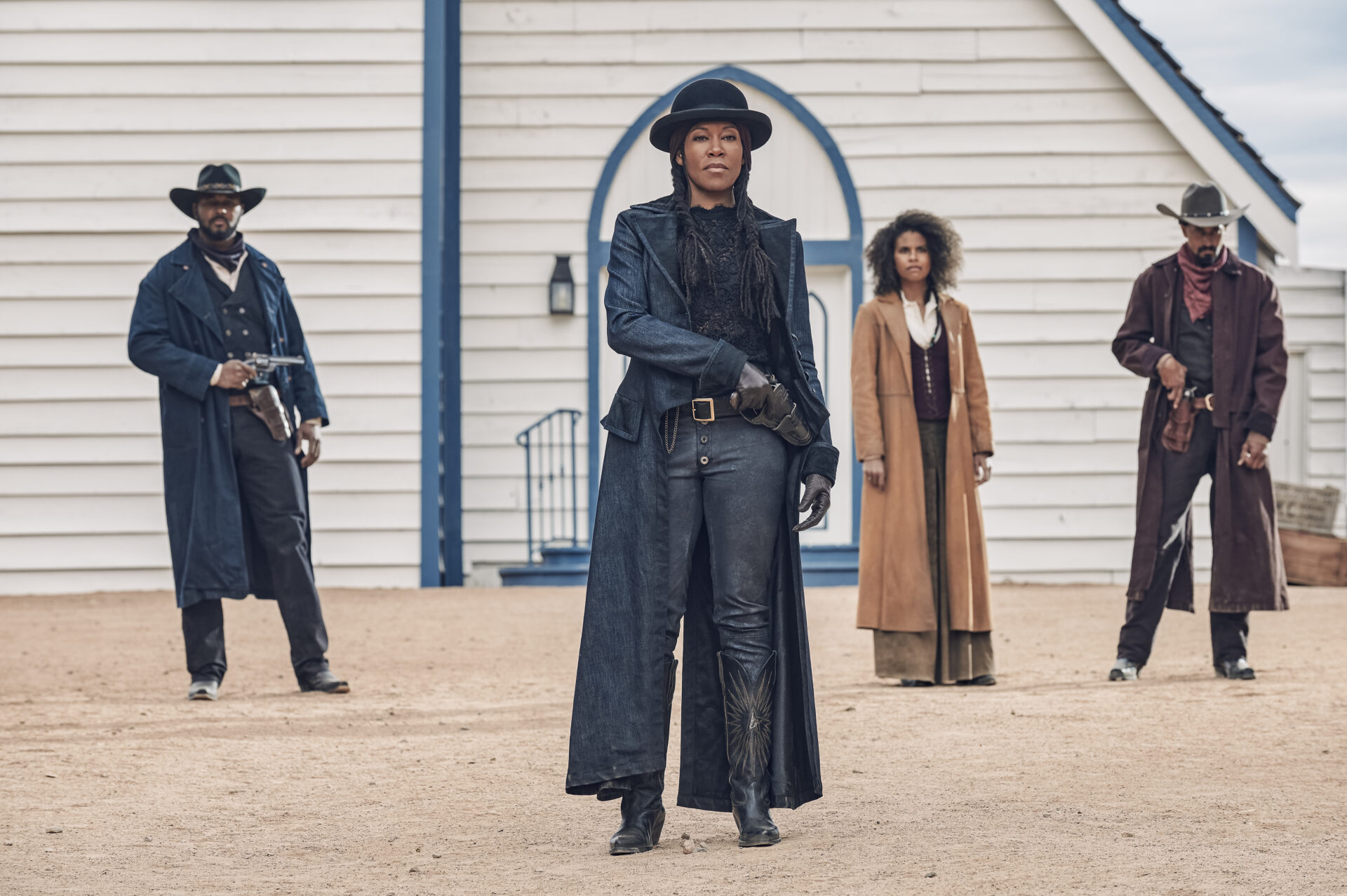 What do you make of Beetz’s casting as Stagecoach Mary? Let us know your thoughts on social media or in the comments down below!