According to information first shared by Deadline, Santa Fe County Sheriff’s office confirmed that Hutchins died Thursday from injuries sustained by the discharge of s prop gun manipulated by Baldwin on the Bonanza Creek Ranch, where the upcoming Baldwin-produced Western is being filmed.

“Santa Fe County Sheriff’s deputies were dispatched to the Bonanza Creek Ranch movie set of the western ‘Rust’, October 21, 2021, when an 911 caller reported a shooting on the set,” reads a statement issued by the Santa Fe County Sheriff’s department. “The sheriff’s office confirms that two individuals were shot on the set of Rust. Halyna Hutchins, 42, director of photography and Joel Souza, 48, director, were shot when a prop firearm was discharged by Alec Baldwin, 68, producer and actor.“

Deadline’s sources initially revealed that “a principal castmember cocked a gun during a rehearsal, unaware that there were live rounds in it, hitting two people, a man and a woman. The man was hit in the shoulder, while the woman was airlifted to the hospital for stomach surgery.”

Deadline’s sources also confirm that Baldwin was unaware of the fact that the prop gun being fired was actually charged. Further, a representative from the production said that production for Rust “has been halted for the time being,” adding that “the safety of our cast and crew remains our top priority.”

“There was an accident today on the New Mexico set of Rust involving the misfire of a prop gun with blanks. Two crew members have been taken to the hospital and are receiving care. Production has been halted for the time being. The safety of our cast and crew remains our top priority,” a production spokesperson from Rust Movie Productions LLC told the outlet.

The Cinematographer’s Guild issued a statement expressing their condolences, following the tragic news about Hutchins.

“We received the devastating news this evening, that one of our members, Halyna Hutchins, the Director of Photography on a production called Rust in New Mexico died from injuries sustained on the set,” wrote Cinematographers Guild National President John Lindley and National Executive Director Rebecca Rhine.

They went on, “The details are unclear at this moment, but we are working to learn more, and we support a full investigation into this tragic event. This is a terrible loss, and we mourn the passing of a member of our Guild’s family.”

According to the outlet, the investigation is still open and active, and no charges have yet been filed. As of writing, witnesses are reportedly being interviewed by the detectives in order to move the investigation forward and deduct what caused the prop gun to be charged with lethal ammunition.

Baldwin’s representatives have yet to release a statement regarding the incident.

Tragically, Hutchins took to Instagram just a few days ago to express her excitement towards shooting the film, sharing a clip in which she can be seen riding a horse in Santa Fe County, New Mexico, and writing, “One of the perks of shooting a western is you get to ride horses on your day off.” 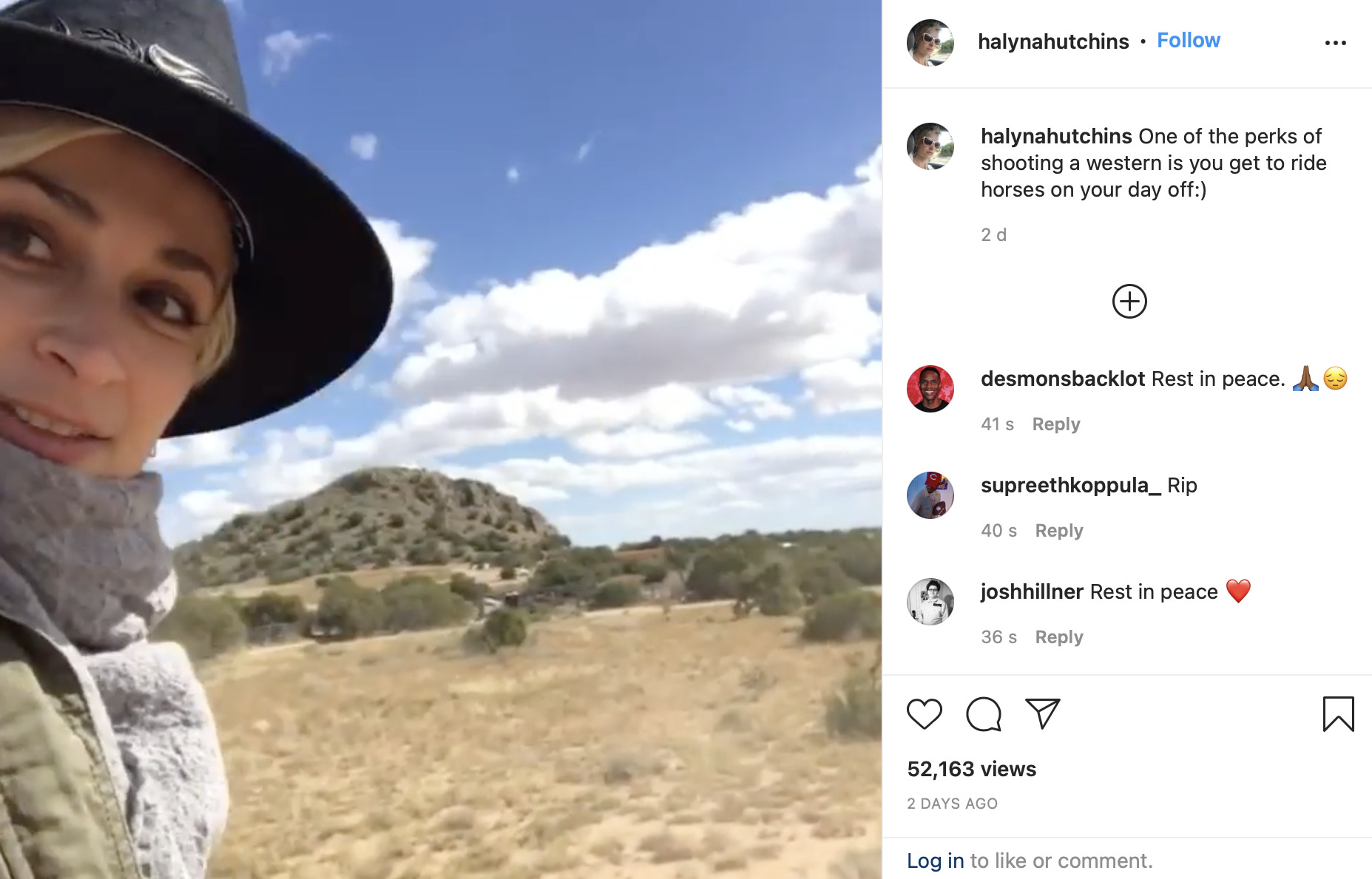 What do you make of this tragic event that took place on the set of Rust? Let us know your thoughts on social media or in the comments section down below.