A statement from the Sheriff’s Office stated, “The sheriff’s office confirms that two individuals were shot on the set of Rust. Halyna Hutchins, 42, director of photography and Joel Souza, 48, director, were shot when a prop firearm was discharged by Alec Baldwin, 68, producer and actor.”

They added, “This investigation remains open and active. No charges have been filed in regard to this incident. Witnesses continue to be interviewed by detectives.”

In response to Baldwin’s shooting, Cernovich heavily criticized Hollywood and those buying into their media narrative.

First, he tweeted, “Those of you claiming Alec Baldwin isn’t under investigation don’t understand anything and haven’t even followed the coverage. You’re just repeating what Hollywood media is saying about it being an ‘accident.’ That’s under investigation.”

He shared a screenshot from the Santa Fe New Mexican which reported, “Investigators are still trying to determine if the incident was an accident, Rios said.” 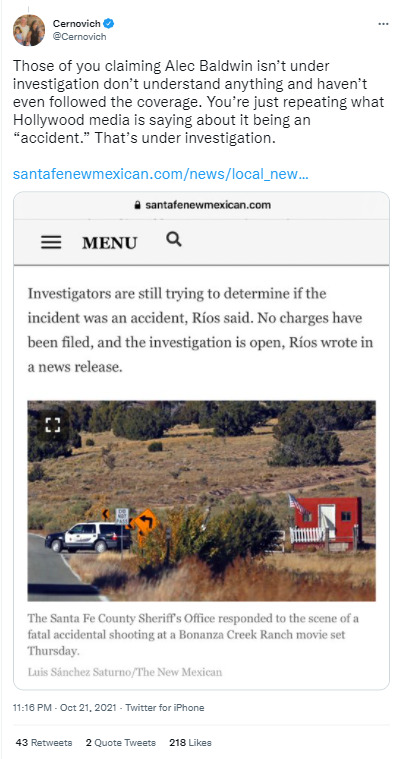 To that point, Baldwin did release a statement on Twitter saying he is cooperating with the police.

Baldwin tweeted, “There are no words to convey my shock and sadness regarding the tragic accident that took the life of Halyna Hutchins, a wife, mother and deeply admired colleague of ours.”

He added, “I’m fully cooperating with the police investigation to address how this tragedy occurred and I am in touch with her husband offering my support to him and his family. My hear tis broken for her husband, their son, and all who knew and loved Halyna.”

Cernovich would also tweet, “Alec Baldwin isn’t a good person. No one has any idea if what his PUBLICIST said to complicit Hollywood media is accurate. You’re repeating PR talking points if you claim to know what happened.” 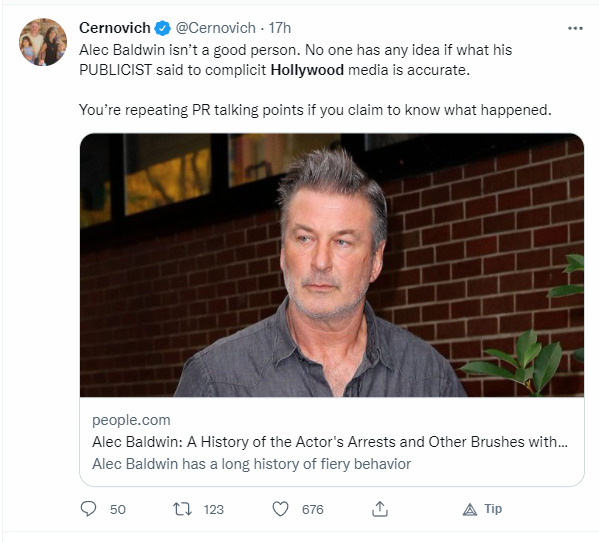 The Hoaxed producer then questioned why Hollywood was using prop guns at all.

He tweeted, “Why does anti-gun Hollywood use prop guns at all. Just don’t use guns in film anymore. Problem solved.”

Cernovich then tweeted, “Hollywood actively discriminates against conservatives. Maybe that’s not a good idea when guns are being used on set, maybe you should hire the most qualified people when it’s life or death.”

If the “one death is too many” line sounds familiar, it’s most recently been employed by people pushing for lockdowns and vaccine mandates.

As an example Dr. Laura Fry wrote in the Concord Monitor back in December 2020 warning people not to gather for Christmas, “Do not be lulled into a sense of security these next few weeks. Someone might test negative for COVID-19 three days before Christmas Eve and fall ill by the New Year. All of our schemes to make gatherings safe have holes in them.”

Before it was used to push lockdowns and vaccine mandates, it was used by gun control activists. Twitter user @Maura_resister is the perfect example as she tweeted back in April, “Arguments against gun control have too many holes in it #ONEV1 #FreshVoicesRise #DemVoiceFL Even one unnecessary death is one too many.” 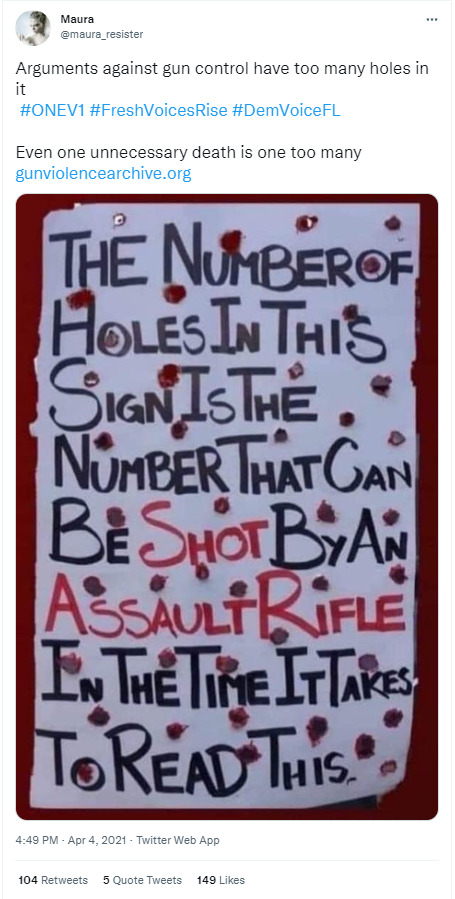 Most recently, Cernovich took issue with hypocrites in the media and on social media writing on Twitter, “When Dick Cheney accidentally shot someone, Hollywood did comedy sketches, it was a punch line, Alec Baldwin even blogged about how he hoped Cheney would be arrested.”

“Keep your fake sanctimony off of my timeline,” he concluded. 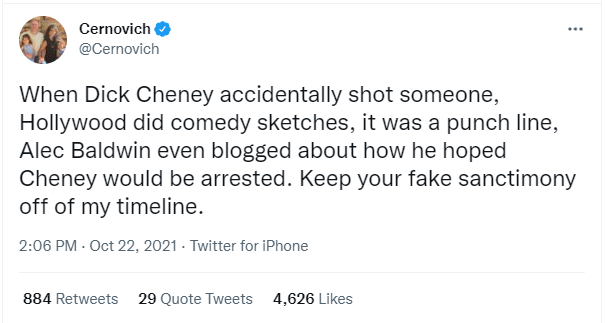 What do you make of Cernovich’s call to shut down Hollywood?