To the surprise of absolutely no one who has been paying attention to the current state of entertainment these last few years, Marvel has hilariously chosen to reinforce racist stereotypes under the guise of ‘social justice’ by announcing that long-time champion of K’un L’un Danny Rand will soon be replaced by a new Asian hero as 616’s resident Iron Fist. 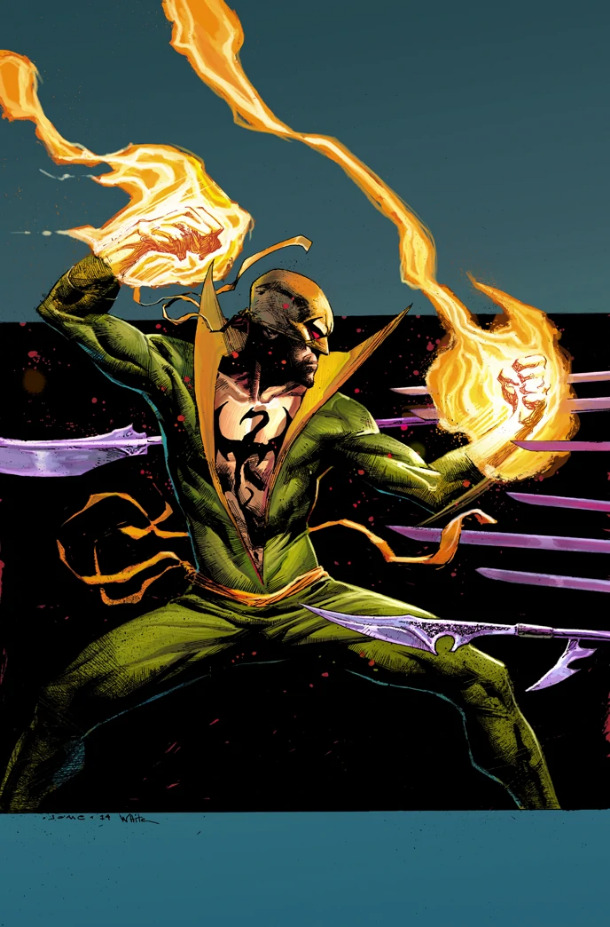 Set to make his debut in February 2022 in the pages of an eponymously named five-issue miniseries helmed by Doctor Aphra writer Alyssa Wong and first-time Marvel artist Michael YG, Marvel’s newest Iron Fist will reportedly undertake a journey that “will see the legendary mantle of Iron Fist passed on to a new hero in a revolutionary transformation of one of Marvel’s most fascinating mystical mythologies.” 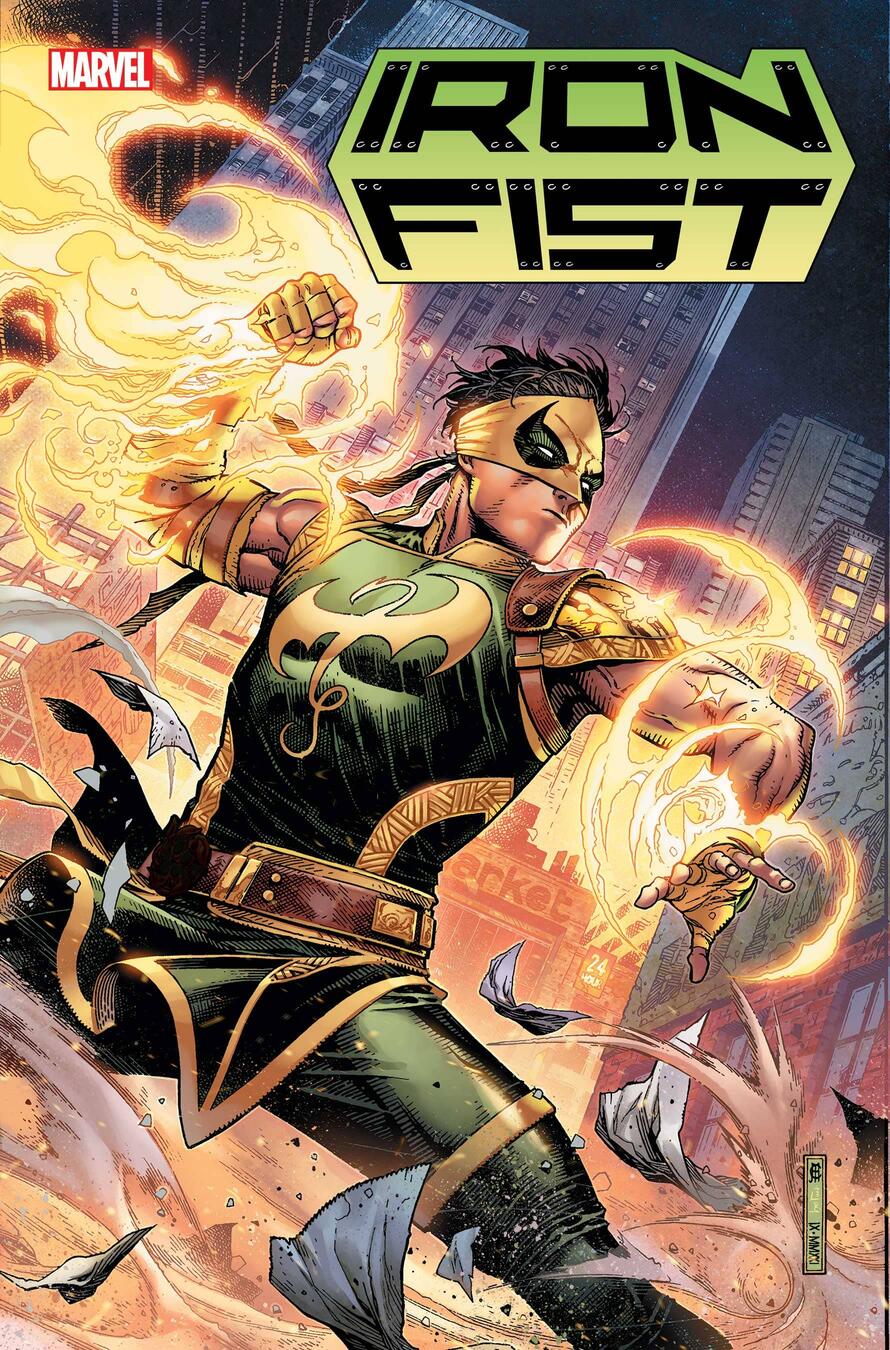 “It’s an incredible honor to introduce a new Iron Fist to the Marvel Universe,” Wong told Marvel. “I’m excited to delve into the comic’s rich mythos and build on it. What does it mean for someone to take up the mantle of the Iron Fist right now, today? As a newcomer, how does one interact with legacy, and how does one honor it while forging a new path?”

She further added, “I’m so stoked to work with artist Michael YG, colorist Jay Ramos, and the rest of the incredible team on this book. And writing this character, who views things through fresh eyes, feels very special to me.” 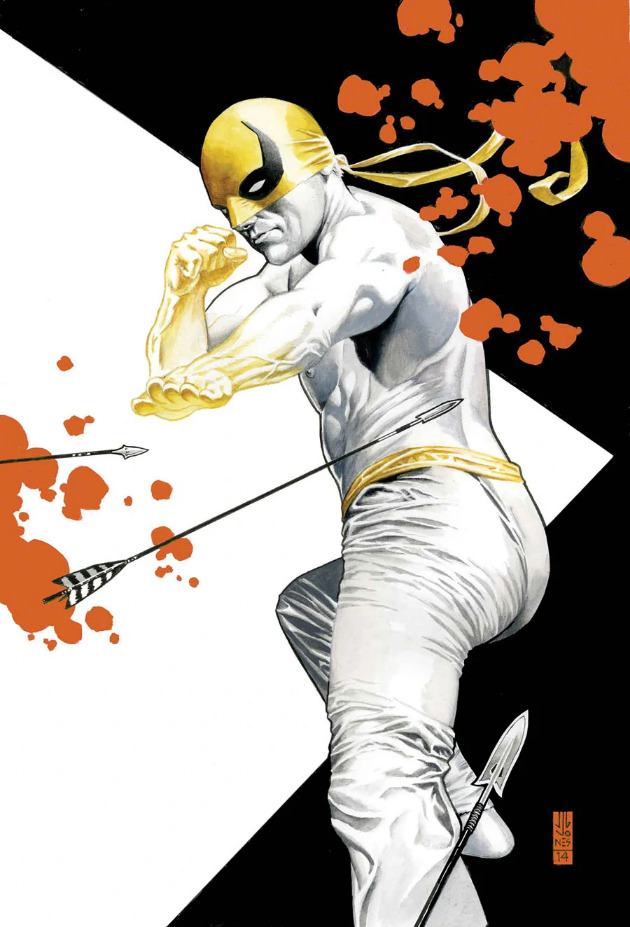 As for YG, like most fledgling artists, he exclaimed, “Working for Marvel is a dream come true, yet it was beyond any dream to be trusted to carry the legacy of Iron Fist.”

“It is such an exciting new direction,” said the artist. “I can’t wait for you to read all about it because I’m giving nothing less than my best efforts!” 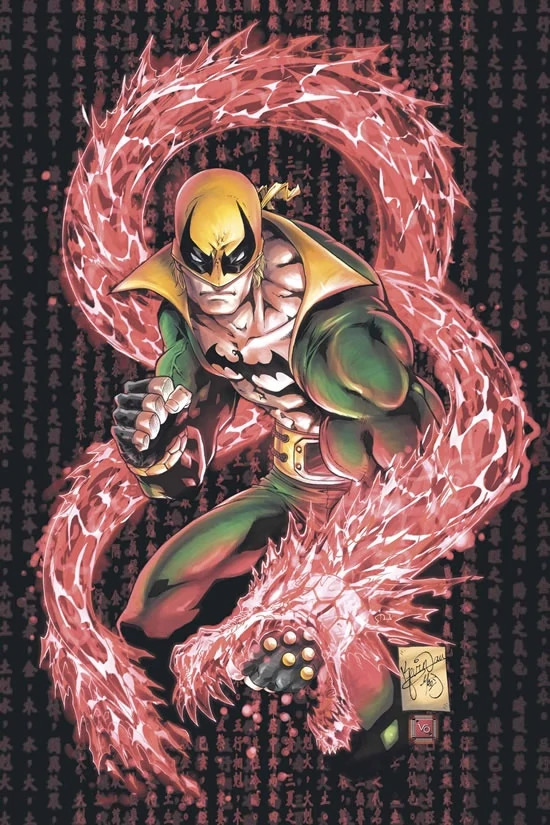 Though Marvel bafflingly did not make mention of it in their press release, Wong later noted on Twitter that the new Iron Fist would, unsurprisingly, be an Asian individual.

“Also…on a personal level, it means a lot to me to write an Asian Iron Fist,” said Wong. “It’s a huge honor.”

Curiously, though Marvel already set up a young Asian girl, Pei, as the next Iron Fist, she appears to have been inexplicably skipped over by the monks of K’un L’un in favor of a newer and much older male successor. 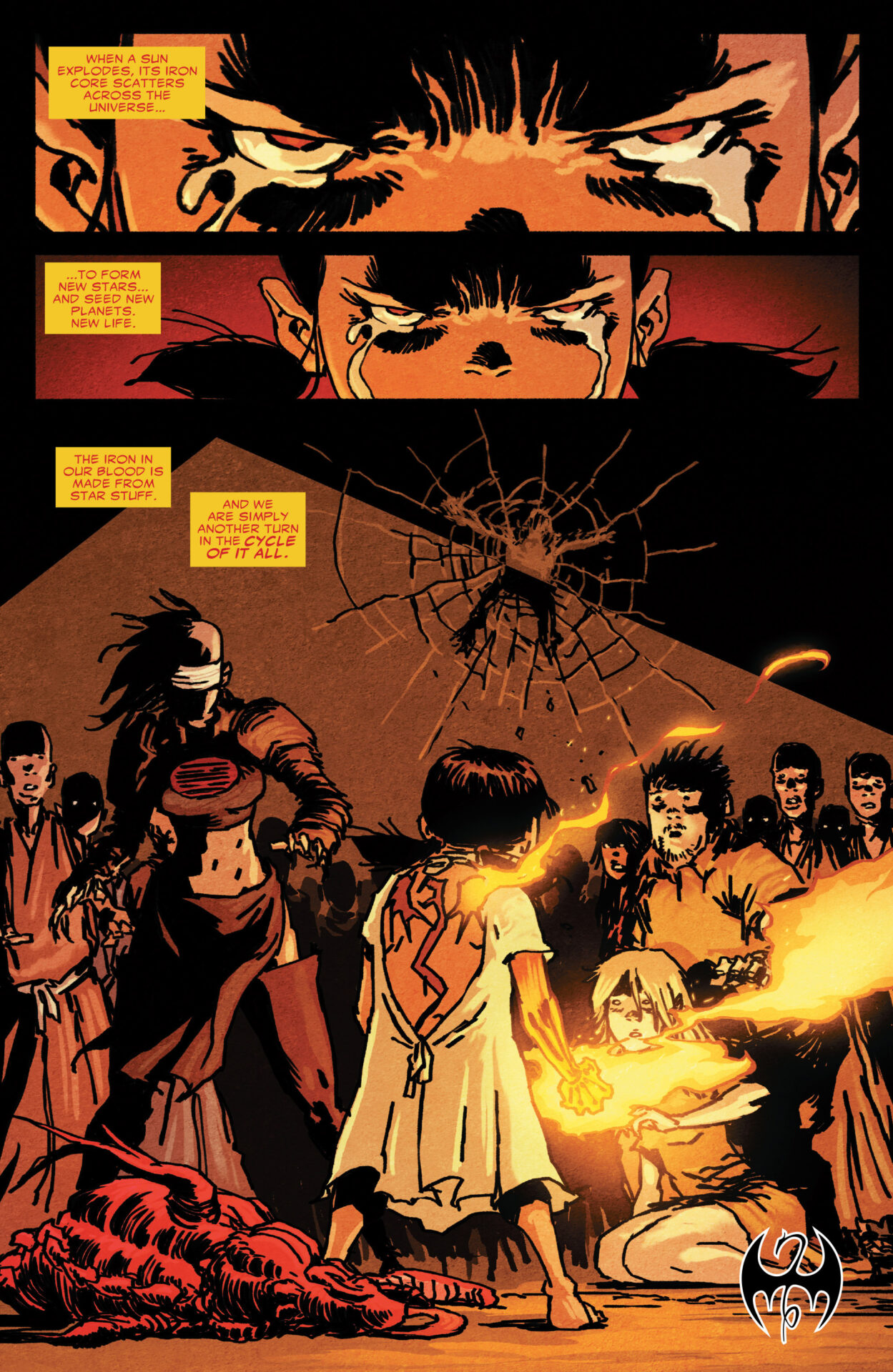 Given this, it seems the decision by Marvel to race swap their most arguably well-known martial artist and ignore their own continuity undoubtedly stems from the 2016 critical race theory-based backlash levelled against the casting of Finn Jones as a comic accurate Iron Fist in the Netflix series of the same name.

To this day, critics of Jones’ casting have argued that, due to the historical roots of martial arts, a mystical kung-fu practitioner being portrayed as anything other than Asian is cultural appropriation – ironically reinforcing an even more offensive racial stereotype themselves. 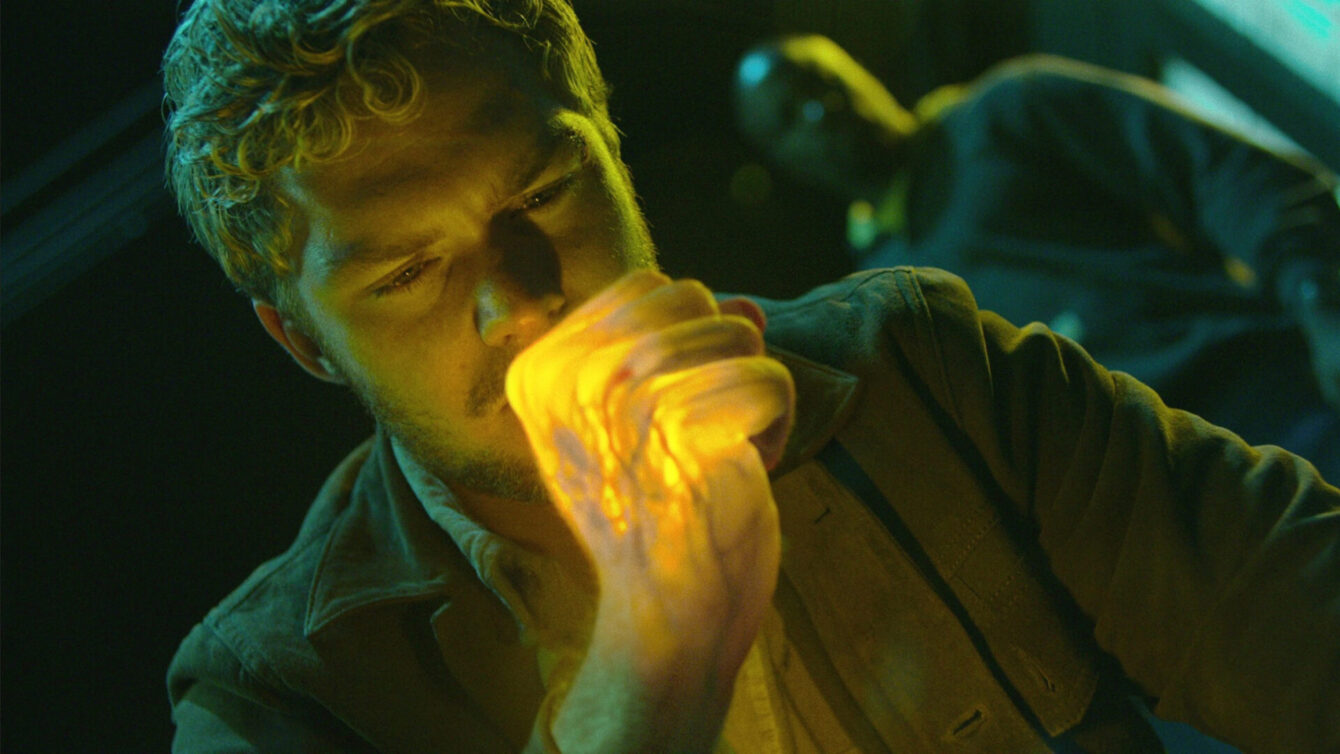 In fact, when asked about the accusations of ‘white washing’ regarding the character’s overall creation, Iron Fist creator Roy Thomas asserted, “I just think some people have too much time on their hands, I guess.”

“They have an infinite capacity for righteous indignation,” he told Inverse in 2017. “By and large, that tends to be misplaced quite often because if you’re becoming all upset over things that are just stories, and if you don’t like it, instead of trying to change somebody else’s story, go out and make up your own character and do a good job of it. That’s just fine, but why waste time trying to run down other people’s characters simply because they weren’t created with your standards in mind?” 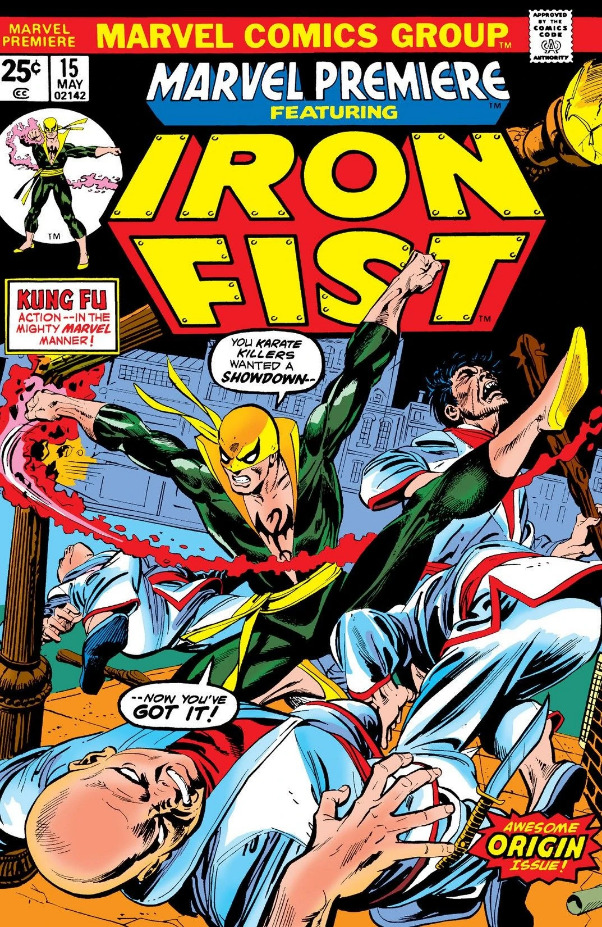 He further reasoned, “Now if something is really racist or degrading to a sex or race, an ethnic group or something like that, that’s something else, but Iron Fist isn’t that and never has been. It’s all about a fictitious race, a fictitious place like a Shangri-La, and one person who happens to be its emissary. There’s no reason why he can’t be Caucasian.”

While Thomas did later note that “On the other hand, if they had decided to make Iron Fist an Asian, that would have been fine with me, too. I wouldn’t have cared,” he concluded his discussion of the Iron Fist’s ethnicity by continuing to push the creation of new characters as the more “creative” alternative to race swapping. 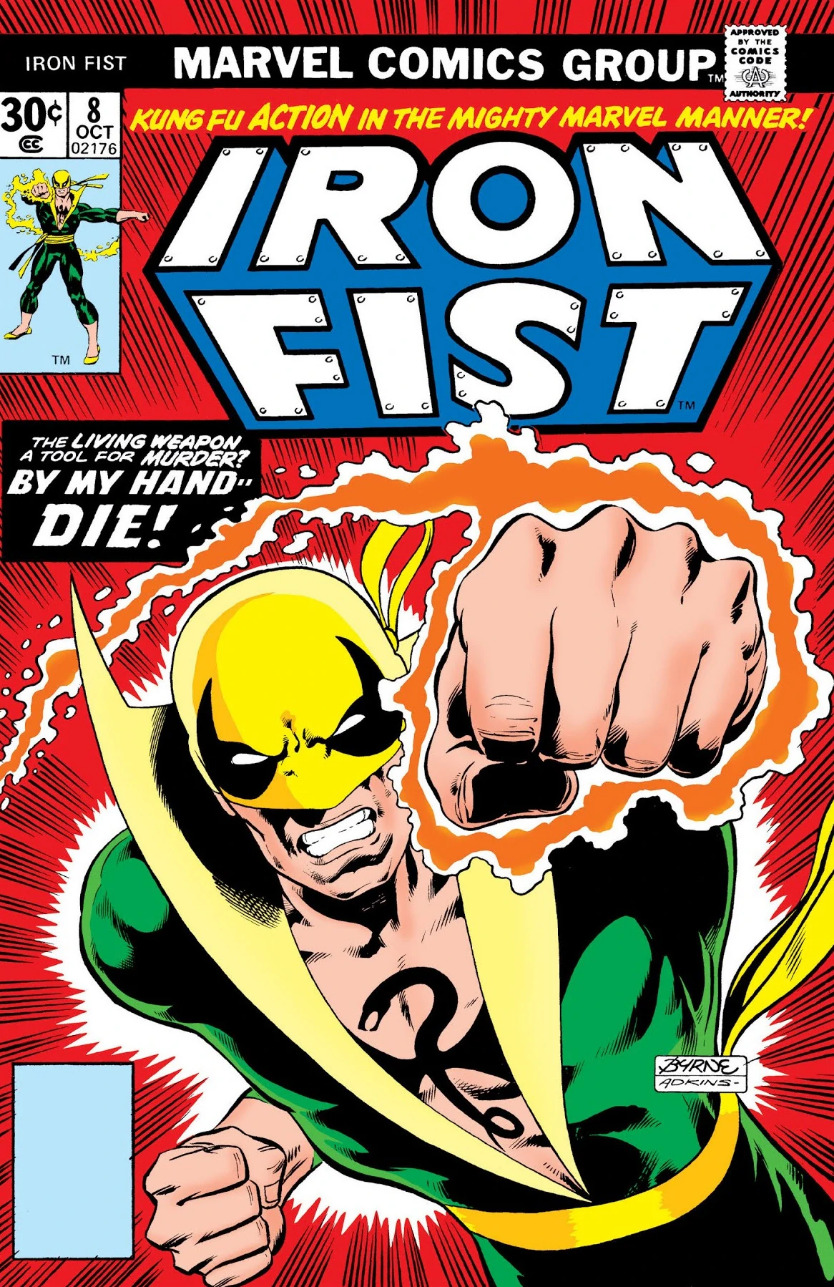 He concluded, “There’s nothing wrong with being a critic, but after a while, you’re basically talking about other people’s work. That’s perfectly okay. There’s nothing wrong with it. It’s a perfectly respectable thing, but I think you should try to put yourself in their shoes instead of constantly complaining because they didn’t do exactly what you think they should have done. Rather than having that, you should go out and do it yourself.” 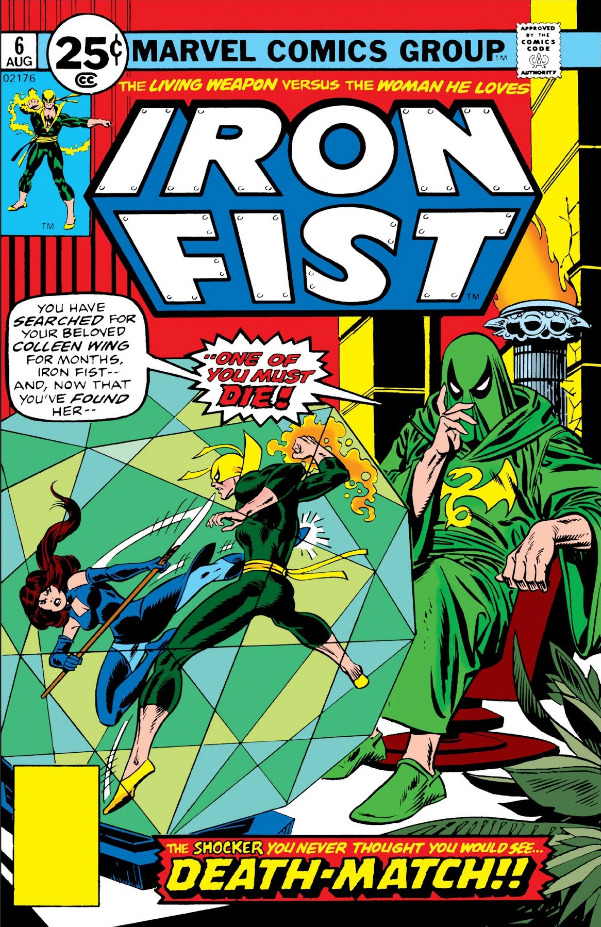 Of course, for Marvel, it seems easier for them to alienate their established fans in favor of stereotyping minorities and shoving them into hand-me-down-identities than to put even an ounce of creativity into producing original characters for any given demographic to proudly call their own.

What do you make of Marvel’s new Asian Iron Fist? Let us know your thoughts on social media or in the comments down below!