A planned piece of Attack on Titan merchandise replicating the distinctive armbands worn by the Eldian people has been pulled from sale following concern over its resemblance to the identifying markers forced upon various minority groups by the Nazis during World War II, particularly Jewish individuals. 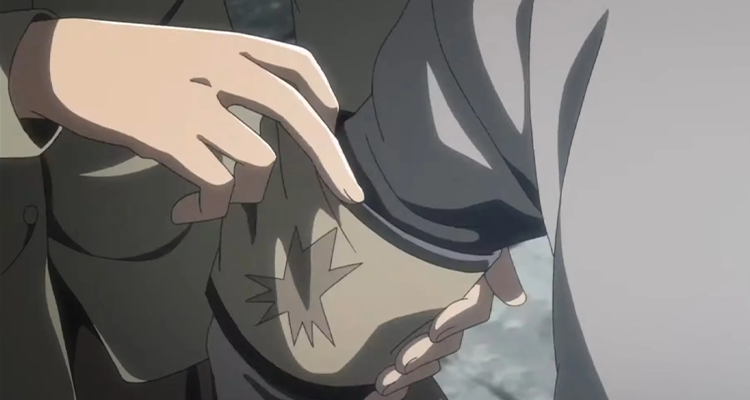 In both the Attack on Titan anime and manga, two millennium after their ancestors lost the Great Titan War, the descendants of the Eldian people who have continued to live within the country of Marley are subjected to constant discrimination and abuse due to their genetic heritage, which allows them to harness the power of the series’ eponymous Titans.

Thus in order to visually distinguish the subjugated Eldians from the conquering Marleyans, the latter’s national government requires the former to wear the armband in question. 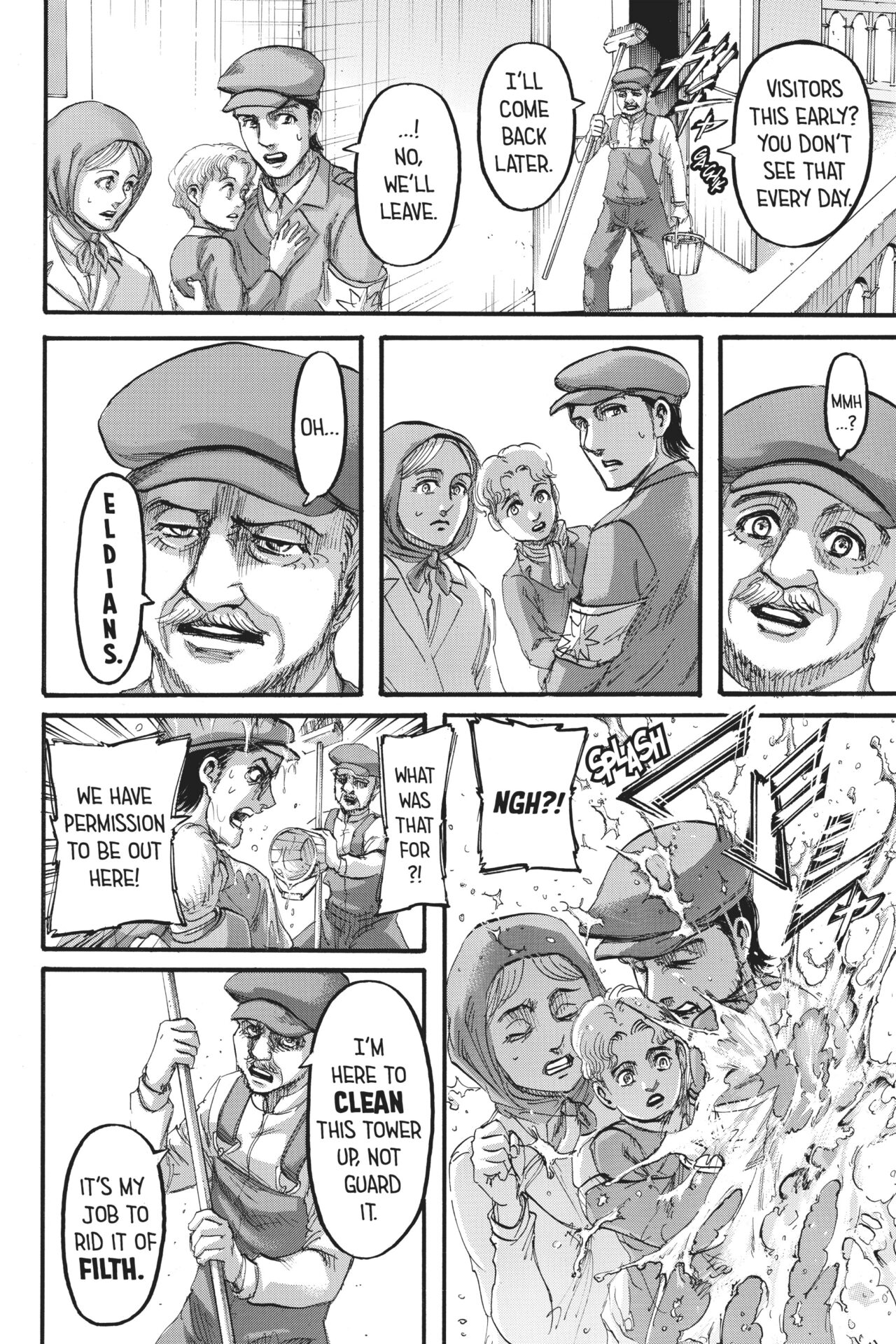 As described by a mid-episode eye catch seen in the second episode of the Attack on Titan anime, ‘Midnight Train’:

“These armbands are used to differentiate the Eldian “devils” from the other races. Eldians of higher classes may have armbands with different colors. Armband color can also vary depending on if the Eldian is in the military or a regular civilian. It is mandatory for Eldians in Marley to wear their armband when they go outside.” 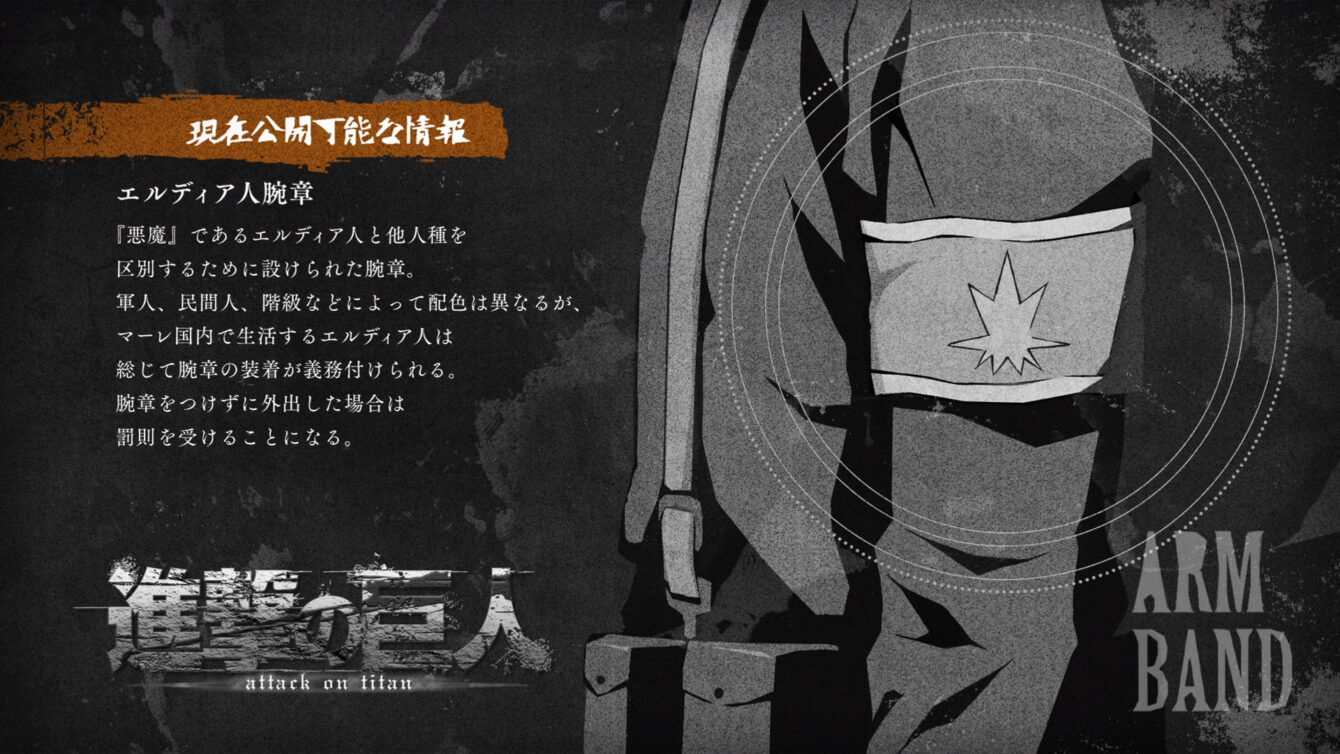 The armband was initially offered for pre-order on November 14th. However, just one day later, in light of accusations that the sale of the armband as commercial merchandise both celebrated and trivialized the Nazi’s treatment of the Jews,  the Attack on Titan production team announced that they had decided against selling the item.

“This product was created as a product that reproduces the costumes of the characters that appear in the work,” wrote the production team in a November 14th statement, according to a machine translation provided by Google Translate. “However, we recognize that it was an act without consideration to easily commercialize what was drawn as a symbol of racial discrimination and ethnic discrimination in the work.”

“We’re very sorry,” the statement continued. “The Attack on Titan production committee does not intend to admit any discrimination. Therefore, on November 15th, we have decided to stop accepting orders and selling the product.” 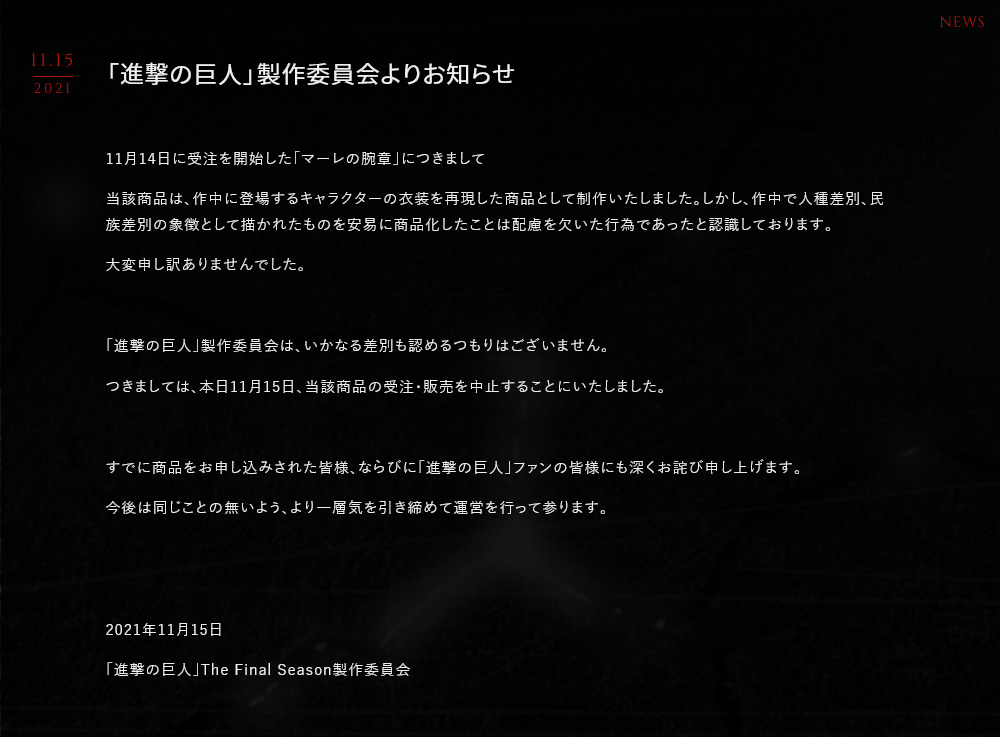 In conclusion to their announcement, the production team offered a “[deep apology] to everyone who has already applied for the product and to all the fans of Attack on Titan,” ultimately promising that “in the future, we will continue to operate with even greater care so that the same thing will not happen.”

What do you make of Attack on Titan pulling the Eldian armband from sale? Let us know your thoughts on social media or in the comments down below!