In the wake of the full acquittal of Kyle Rittenhouse on charges of homicide in relation to the now infamous events of August 25th, 2020, X-Men ‘97 Writer and Supervising Producer Charley Feldman has weighed in on the jury’s verdict, rejecting their decision and declaring that the midwest teenager “is a f—ing murderer.” 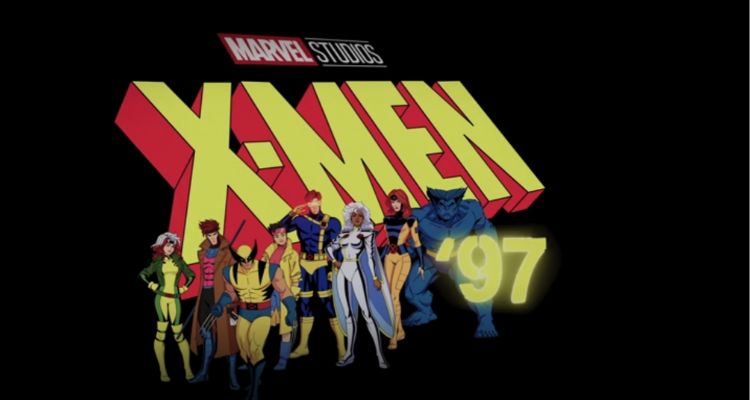 Taking to Twitter on November 19th in the near-immediate aftermath of the verdict’s reading, Feldman asserted to their followers, “The cynical inevitability of the Rittenhouse verdict doesn’t take out the pain of what this status quo, racist bulls–t represents. The terror it instills. And the lethality it codifies.” 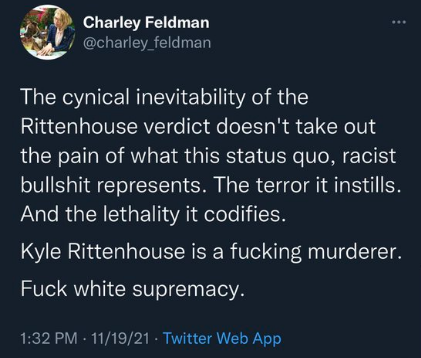 Though her attempt to paint the legality of self-defense in the U.S. as an element of white supremacy is outright absurd, especially given how said self-defense laws allowed for Andrew ‘A.J.’ Coffee IV, a black man, to be acquitted of similar charges that same day, it comes as no surprise given their own social media history, which reveals a genuine belief in popular critical social justice narratives.

For example, on June 25th of this year, Feldman tweeted, “If you’re blissfully unaware, ‘white rage’ is trending because folks are trying to keep critical race theory from being taught.”

“A totally normal and chill desire,” they then disingenuously dismissed actual criticisms of CRT, such as concerns over the reinforcement of such concepts as race essentialism and race-based self-loathing. “No rage there. Just daisies and white supremacy.” 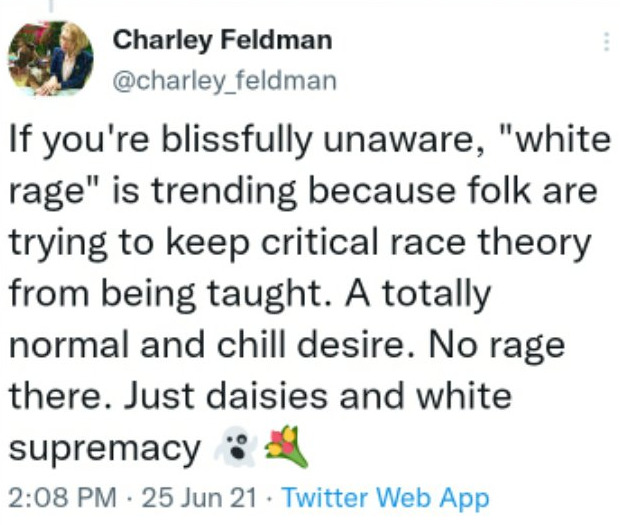 However, their most egregious take on the subject of violence and white supremacy came on December 14th, 2012, when they described how their own paranoia had led them to come “to a point where every time I pass a 20 something lone white male I feel the need to ask them to please not shoot people- just in case.”

What do you make of Feldman’s appraisal of Rittenhouse and his being found not guilty on all counts? Let us know your thoughts on social media or in the comments down below!