Actor Jussie Smollett, better known for his roles in the Fox drama series Empire and The Mighty Ducks, allegedly faked a hate crime against himself in 2019, and new evidence reveals that he even took some time to rehearse with his assailants. 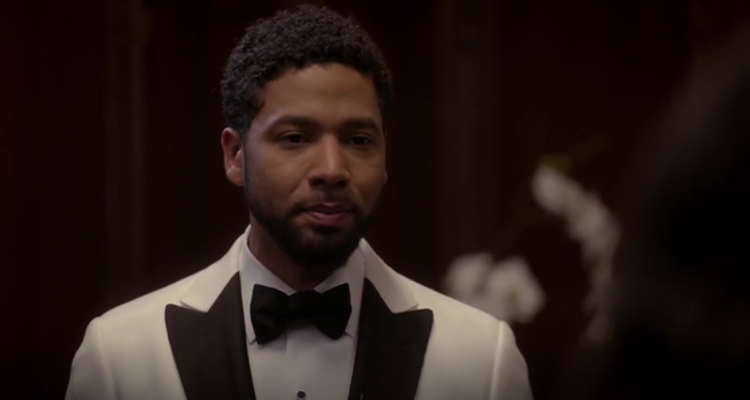 Related: Jussie Smollett Makes First Public Court Appearance In Over A Year For Hearing On Attorney’s Alleged Conflict Of Interest

In February of 2020, Smollett was charged on six counts of disorderly conduct, after claiming that he was attacked by two individuals who allegedly posed as supporters of then-President Donald Trump.

According to the actor’s testimony, the alleged assailants, Abimbola and Olabinjo Osundairo, were wearing ‘Make America Great Again’ hats and shouted he was in “MAGA Country” whilst attacking him both verbally and physically in January of 2019.

However, the Osundairo brothers purportedly helped Smollett orchestrate the vicious attack against the actor, which is actually information detailed by the brothers themselves in a defamation lawsuit filed against Jussie Smollett’s legal team. 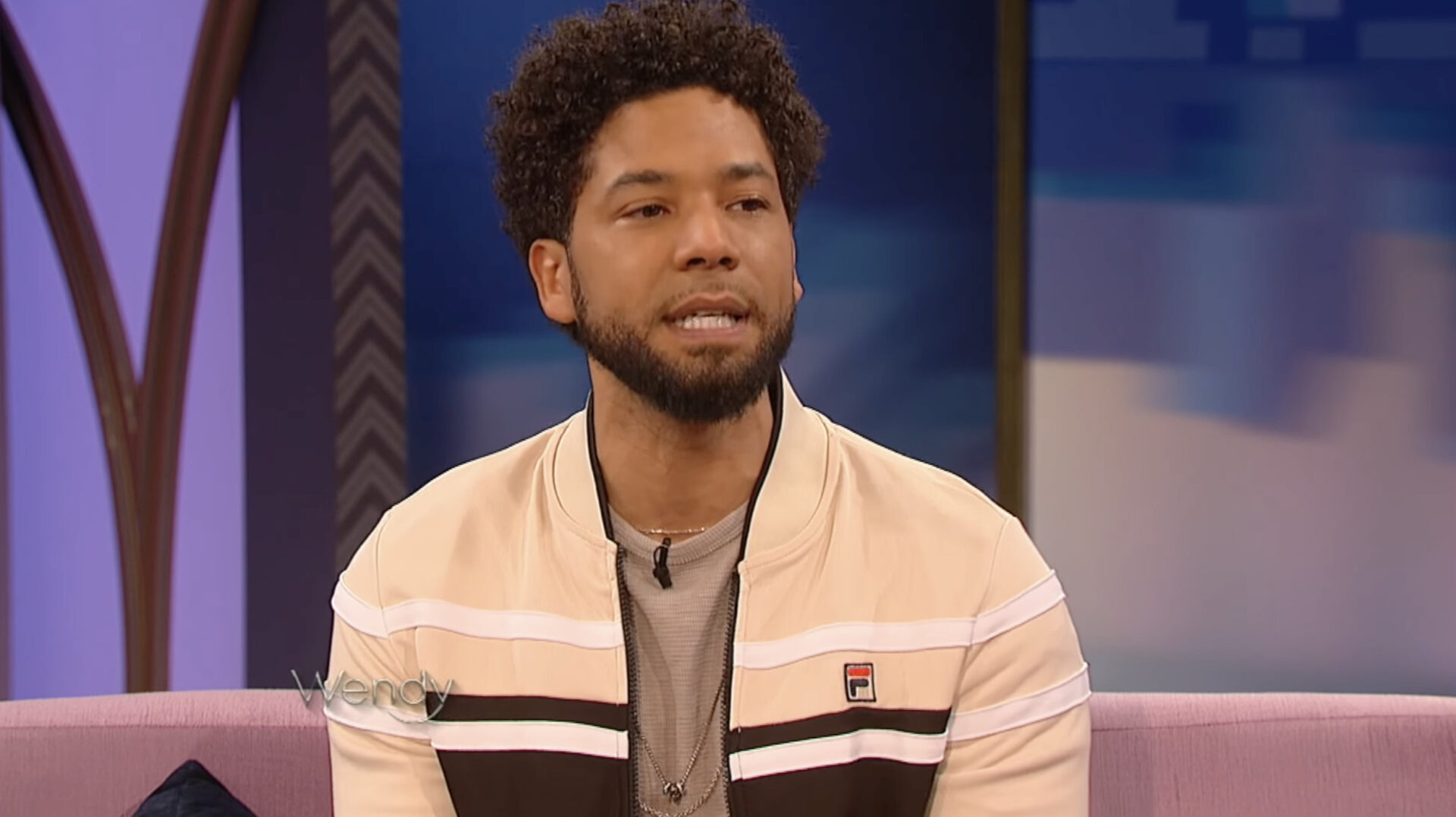 Smollett’s trial began Monday in the City of Chicago, with special prosecutor Dan Webb stating that the Empire star’s staged hate crime against himself is not only criminal, but also denigrating towards actual victims of hate crimes.

Further, Webb says that the actor “tampered” with the rope that his alleged assailants had put around his neck in order “to make it look more like a lynching,” asserting that “by the time the police get there, Mr. Smollett has moved the knot closer to his throat” because “he wanted it to look like something more serious.”

“I want you to attack me, but when you hit me, I want you to kind of pull your punches a bit because I don’t want to get seriously hurt,” is what Smollett may have told the Osundairo brothers, says Webb, adding that the actor instructed them to put the rope around his neck because it made the assault “look more like a lynching, like a hate crime.”

As per the report by the Chicago Tribune, the prosecutor details that Smollett and the Osundairo brothers went on a “dry run” before staging the attack. According to Webb, this particular event was actually captured on surveillance camera, and sees the actor’s Mercedes circling the Streeterville intersection and instructing the brothers where to attack him. 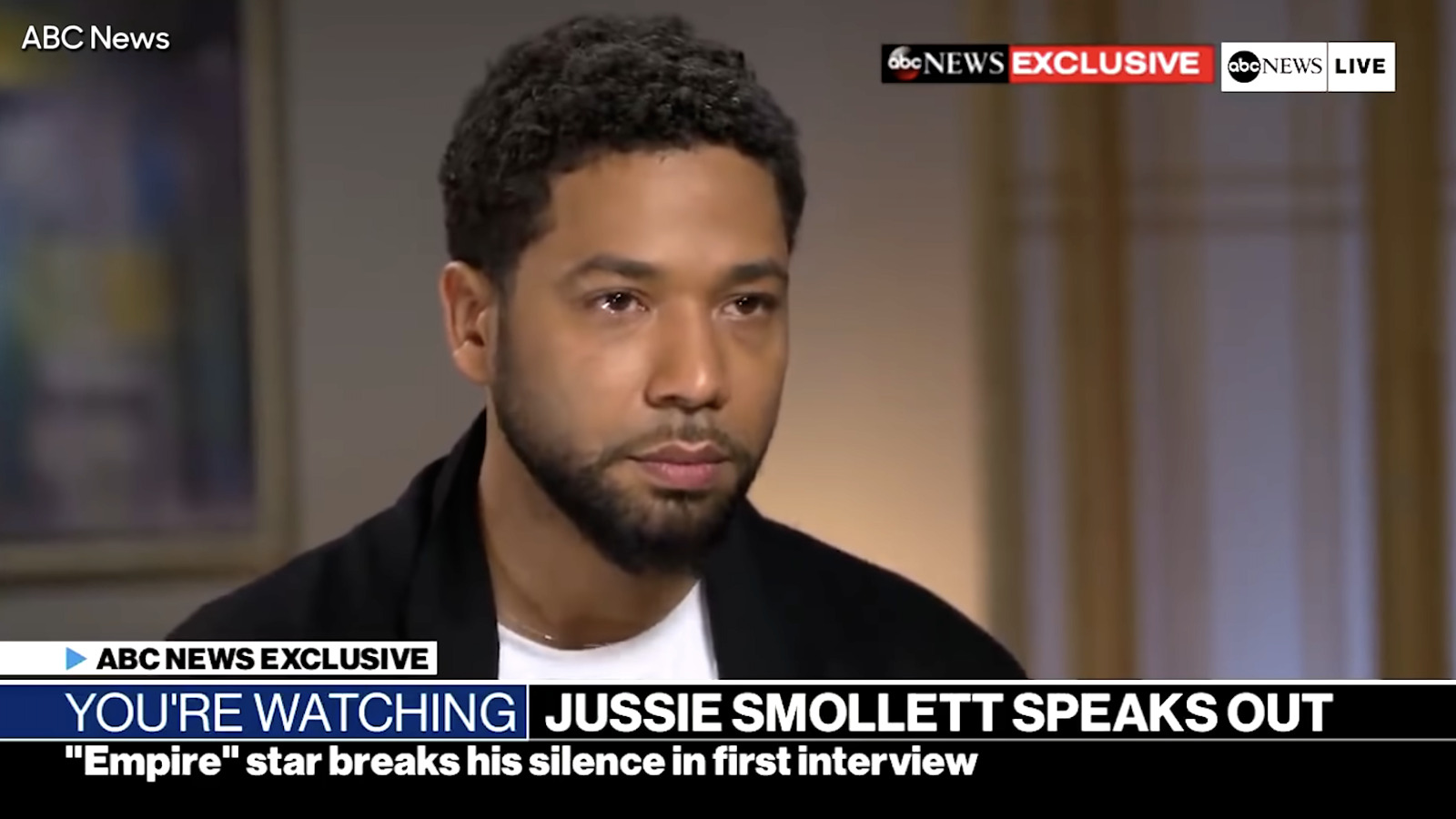 Conversely, Smollet’s defense attorney Nenye Uche claimed the Osundairo brothers are “opportunistic liars” who hated Smollett “because of who he is as a person,” and were reportedly using the actor to advance their careers.

According to Uche, Jussie Smollett is the real victim of a homophobic attack and a “tremendous rush to judgment” by both the Chicago Police Department and the prosecutors, who he claims ruined the actor’s career and reputation.

“I agreed to do it most importantly because I felt indebted to Jussie,” Abimbola Osundairo told CBS Chicago on Wednesday, adding, “he also got me a stand-in role on Empire and I believed he could further my acting career.”

USA Today reports that former police detective Michael Theis took the stand on the second day of the Smollett trial, stating that he initially believed Smollett was a victim of a homophobic and racist attack.

Theis also stated that, unlike allegations made by Smollett’s defense attorney on Monday, the police didn’t rush to judgement about the alleged assault towards the openly gay Empire actor, disclosing that “roughly two dozen detectives clocked some 3,000 hours” on Smollett’s alleged hate crime.

“The crime was a hate crime, a horrible hate crime,” said Theis according to the outlet, explaining that “everybody from the mayor [Rahm Emanuel] on down” wanted the case solved.

Theis also said that Jussie Smollett refused to provide them with his medical records related to the purported attack making it difficult for investigators to compare it with the DNA found on the rope that his assailants put around the actor’s neck, concluding that “at the end of the investigation, we determined that the alleged hate crime was actually a staged event.” 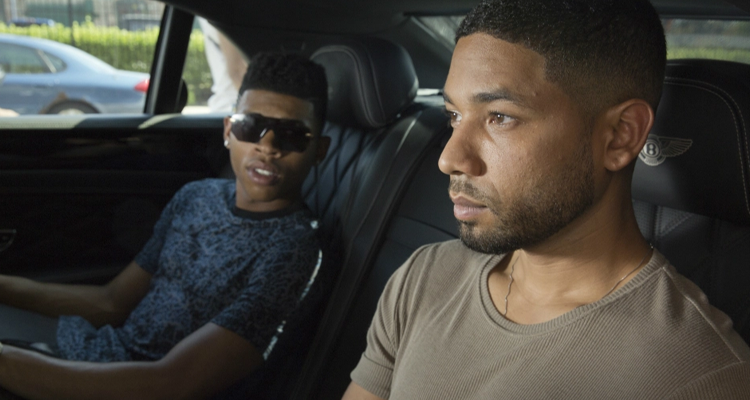 What do you make of the new alleged evidence that seems to confirm Jussie Smollett staged a hate crime against himself? Let us know your thoughts in the comments section down below or on social media.