A Forza Horizon 5 player has been reportedly banned until the year 9999. Their vile offence? Using North Korean dictator Kim Jong-un as a car livery.

While players can drive across Mexico in a variety of cars and game modes, players can use the EventLab for a more original experience. This allows them to make their own custom races, challenges, game modes, and more. In addition, players can customize their car’s appearance and performance; then use Gift Drops to share their works with the community. 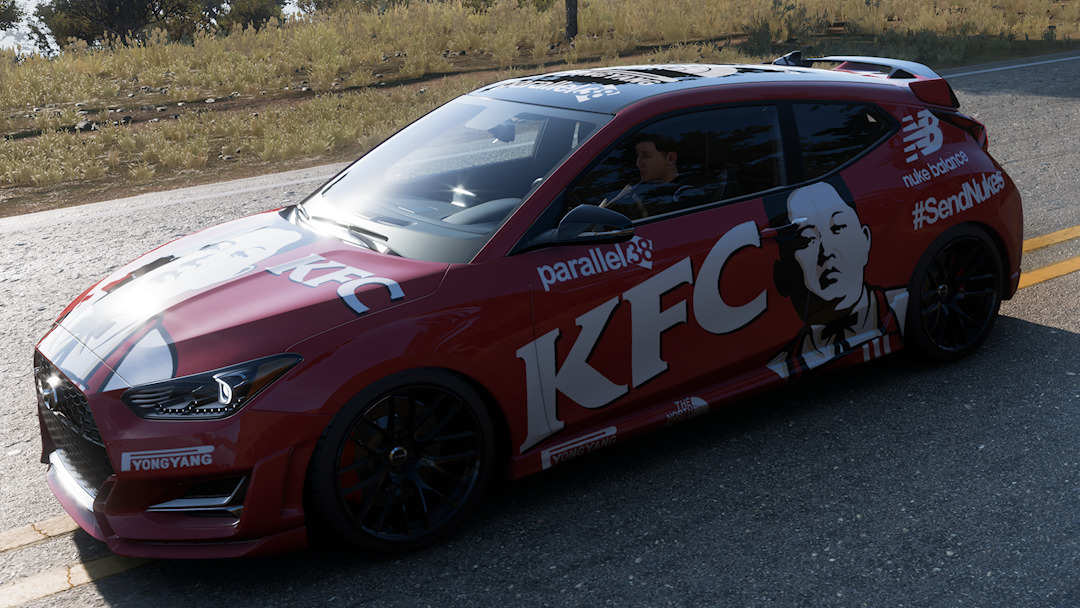 As with any community created content, terms of service usually dictate content deemed offensive is removed. Sometimes its creator banned for a time, or even permanently. One Reddit user revealed how his friend was banned for how they customized their car, perplexing other Reddit users and fans for multiple reasons.

u/AllThingsRacing posted that his friend got a ban until the year 9999 over his car’s livery, without any warning prior to the ban and no other in-game bans previously. The livery in question features North Korea’s Supreme Leader Kim Jong-un. However, it should be noted the livery seemingly mocks and parodies the dictator. 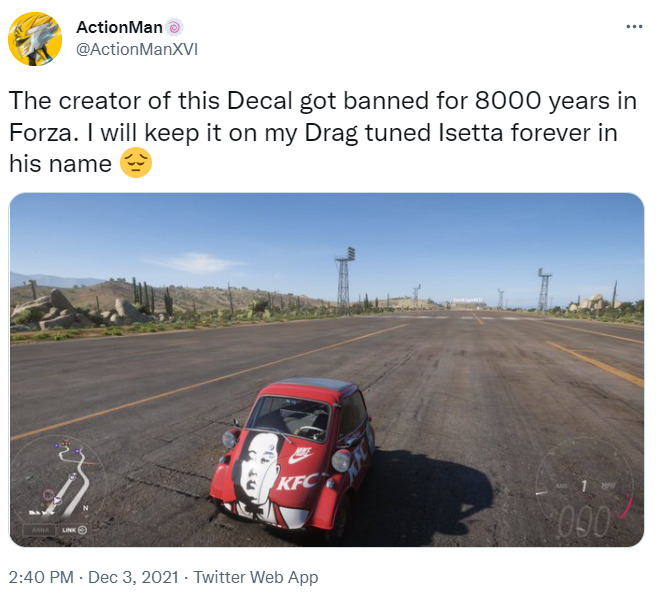 The car features the KFC logo with Kim’s face in the place of the Colonel. It also features the Nike logo altered to read “Nuke,” the New Balance logo now reading Nuke Balance, and the Twitter hashtag “#SendNukes” parodying the phrase “send nudes.” Finally, the Pirelli logo has been modified to read Pyongyang, North Korea’s capital.

The Reddit post shared the user’s ban message from the Forza Community Team, showing they had been banned for 69,934,498 hours, and the ban is to be lifted on December 31st, 9999. Some were left scratching their head as to why a permanent ban was not used, while others defended the user.

Reddit users praised the liveries’ creativity, while condemning the game’s moderators for not banning cheaters who had topped leaderboards and devastated online races. Others felt that it was blatantly a joke, and highlighted the irony of how this sort of mockery would likely be met with a death sentence if made by someone in North Korea.

Others felt that even if it had to be banned, an almost 8,000 year ban was too much for a first offense. One user on Reddit claimed he got a two week ban for a livery inspired by “Fake-Taxi” (a pornographic video series), while another stated they remained unbanned for using a Trump 2020 livery in Forza Horizon 4. 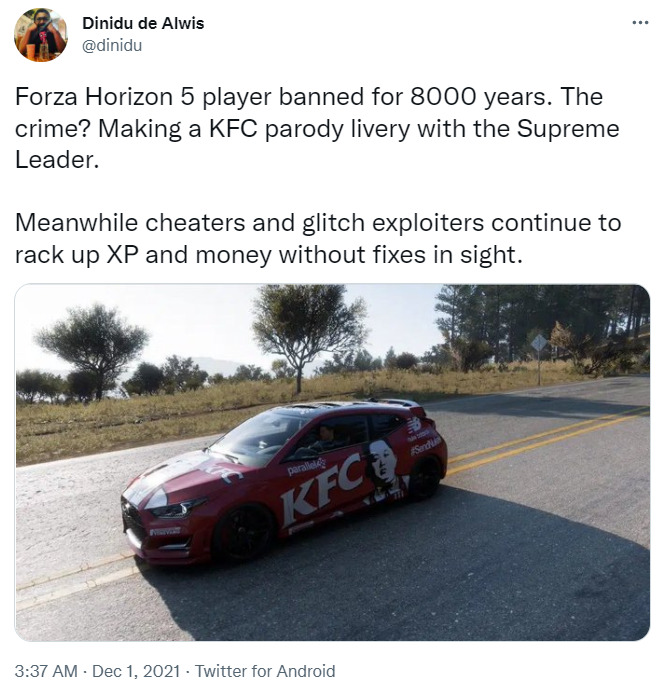 Initially it may seem that developer Playground Games is preventing the mockery of Kim. However, there may even be a chance that the user was caught in wide-catching moderation to prevent “offensive” content, even those mocking someone widely condemned still remind others of their existence. There are several other proposals as well.

One could be the use of KFC’s logos and parodies of other companies, especially next to a dictator known for human rights abuses. While some may complain about user content being offensive, corporations have the financial backing to sue the developer or publisher if they feel they are not doing enough to prevent damage to their brands. Even the use of the word “nuke” may have been deemed violent. 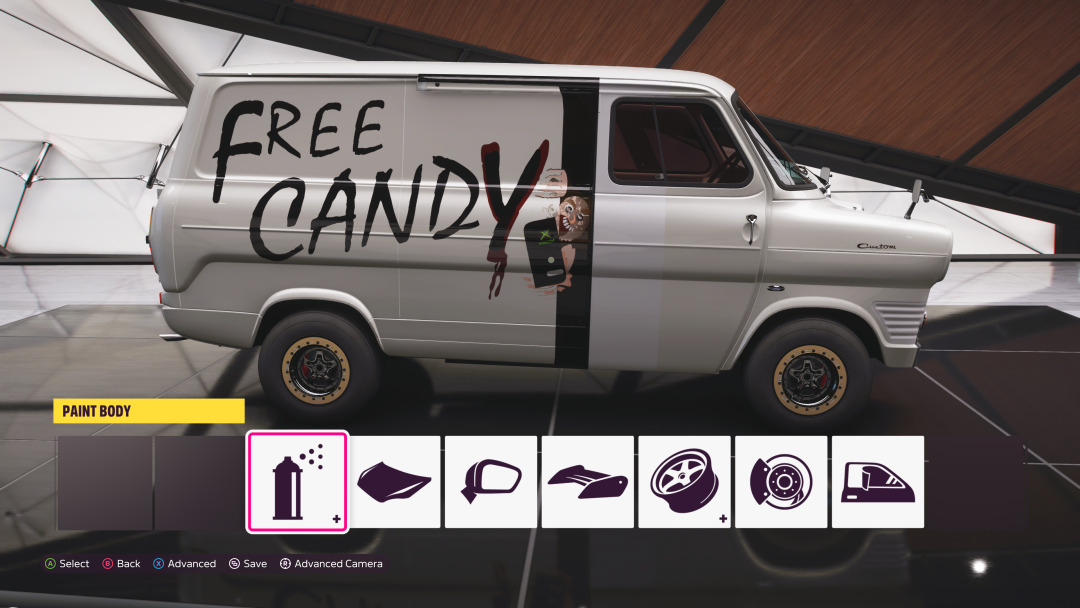 It seems it is not just the moderators of Forza Horizon 5 who found it offensive, as the thread discussing it on the r/gaming subReddit was removed by moderators.

Another thread with similar content remained- where a user stated they got banned for their “Free Candy” livery on a van, with a creepy man luring people inside with a (not entirely accurate) Xbox Series X. The only corporate branding there would be the original Xbox logo.

Did the moderators of Forza Horizon 5 go too far? Was it to avoid upsetting you average Joe, or corporations? Let us know what you think in the comments below.