The Blaze TV host Steve Deace recently claimed that the film adaptation of his novel, A Nefarious Plot, has come under the ire of unions who “are attempting to shut down” the film’s production.

On the December 8th episode of the Steve Deace Show, Deace informed his viewers that the directors of the film “were greeted at 5:30 in the morning by a strike.” 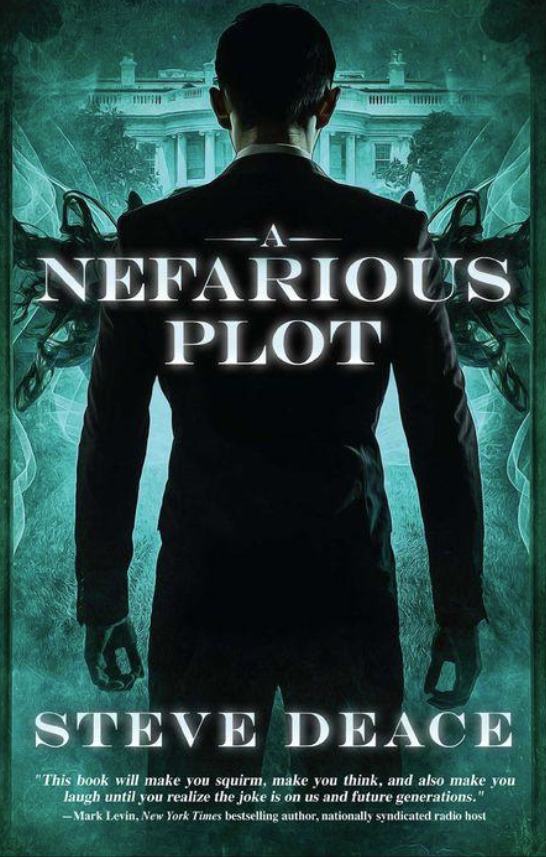 Deace then asserted, “So, the union representing the crew wants their cut of our movie and their standard fee is to take like 5% of the gross of the movie. This is a shakedown.”

“They have threatened several members of our crew, our makeup designer, our script supervisor. They have reduced them to tears. ‘You will never work in this industry ever again if you cross the picket line,'” he detailed.

“There was no strike vote. If there had been they wouldn’t have voted to strike. The majority of our crew wants to work, wanted to work, still wants to work. And what’s happening in the state of Oklahoma right now is nefarious forces are attempting to stop this movie,” he continued. 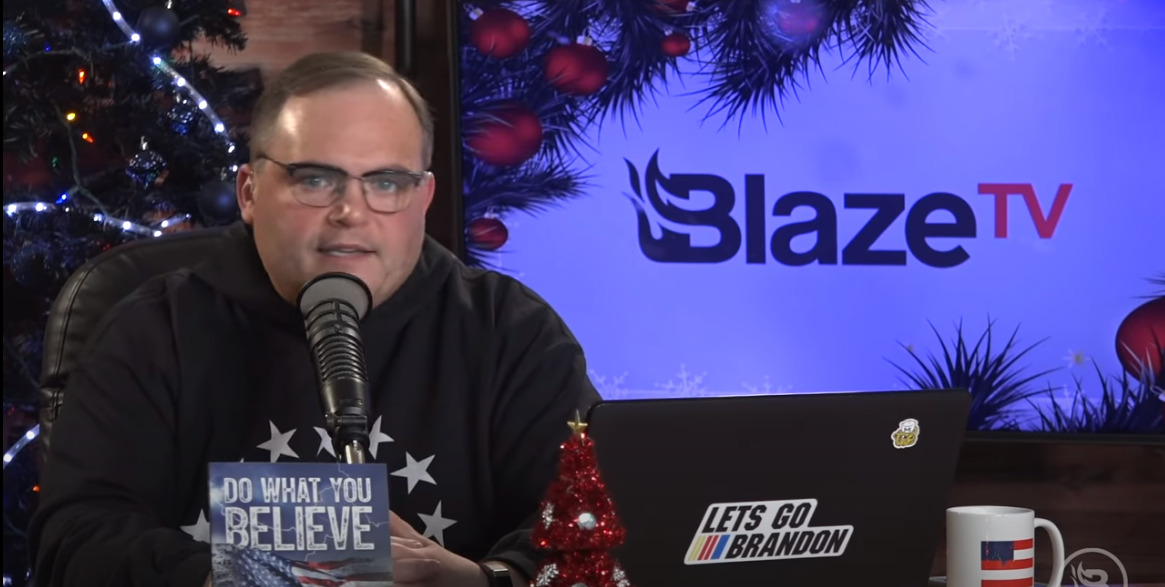 Deace then went on to explain why he believes these nefarious forces are trying to put a stop to the movie, “What they believe is happening is that they’re going to stop the guys who made the most impactful pro-life film of all time, Unplanned, and there is no close second.”

“They are going to stop them from taking advantage of Oklahoma’s film tax credit program, which allows us to film at a budget level beyond what we are capable of because of the rebate we know that we have coming on the back end once we’re finished. That’s how we were able to produce the spectacular set that is sitting there on that massive sound stage in downtown Oklahoma City for the budget that we have,” he continued. 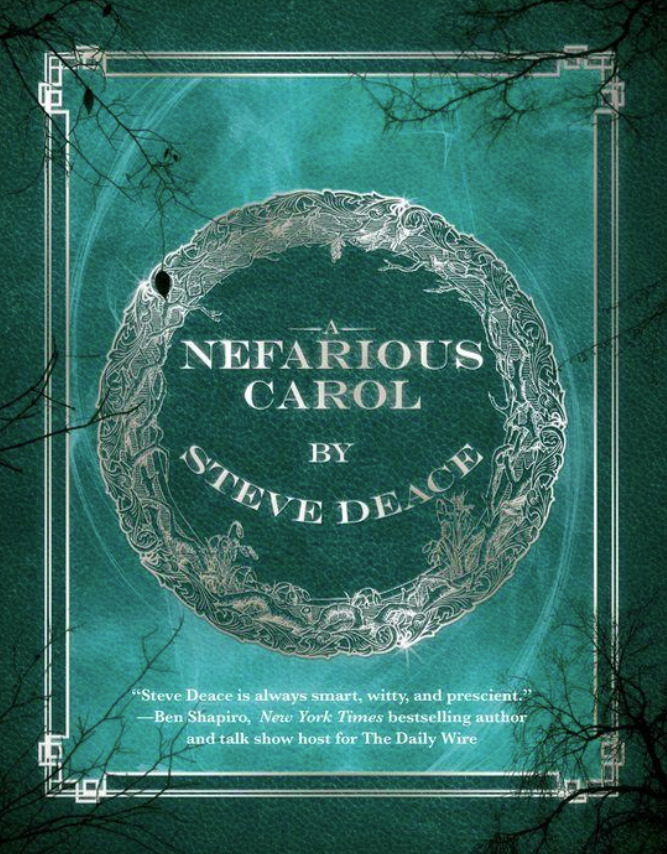 He went on to elaborate, “What they think they are doing here is just union thuggery. And let’s pick on this conservative film by these successful conservative filmmakers. ‘We definitely don’t want them to cross over into the mainstream. We own those streets. This is our genre. We’re in control of it. You guys don’t get to do this. And you sure as hell don’t get to do it without giving us our cut. We don’t care what Oklahoma’s right to work laws are. We don’t care what the laws of Oklahoma are. We don’t care that the law in Oklahoma says you can’t intimidate workers like this.'”

“You can’t threaten them future prospective employment if they cross a picket line for employment now. You can’t do that under Oklahoma law, but they’re going to do it anyway,” Deace declared.

Later in the video, Deace claimed, “So they think that this is just a typical power play. ‘We own this industry and you won’t be able to go to a red state, a right to work state like Oklahoma, and get around paying us our cut by hiring people independent of us. No, we will control the Oklahoma film tax credit office too. We’ll control the Oklahoma Film Commission. We will control it all. And we’re going to use your little movie.’ That’s what they think. ‘As the example because you can’t fight back.'”

“What they don’t know is I just got done literally five minutes before the show ended, and you guys overheard it, finishing a call with the state Attorney General’s office, alerting them to the urgency of this matter. We’re not your typical independent conservative film, not by a long shot,” Deace proclaimed. 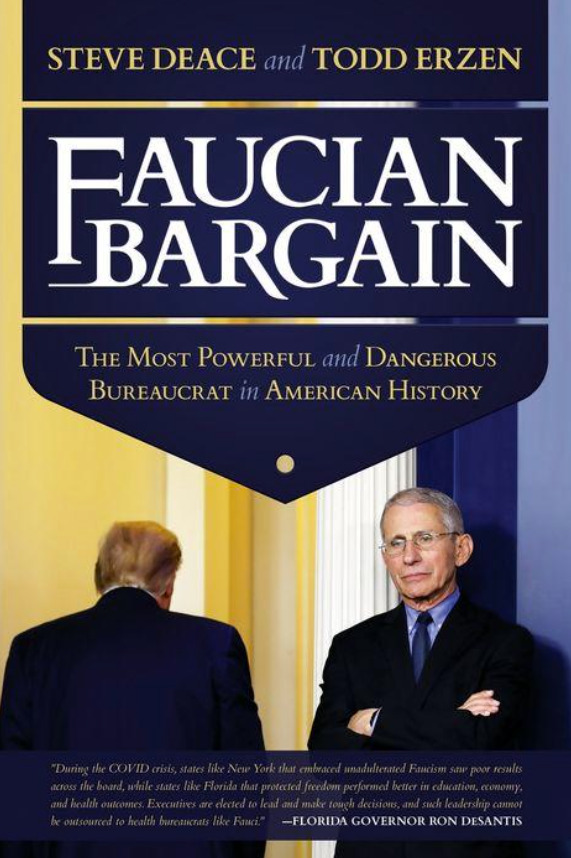 Source: Faucian Bargain: The Most Powerful and Dangerous Bureaucrat in American History

Deace then revealed he would be setting up a political command center “to oversee the political aspect of this fight so that my guys can just make a hell of film.”

Finally, he called on us his viewers to join him to not only pray for the production, but if they are capable to help him finish the film.

He stated, “There must be somewhere in this audience, prayer warriors, and somebody that knows somebody. You know, somebody who is retired and doesn’t care about their union card and wants to work on a movie. If your will’s not good enough, we need experienced people hands down, right now. Because time is of the essence.

“We just need people that know what they’re doing. Otherwise we’d be taking volunteers to do this or do that. We can’t do that right now,” he said.

On December 6th, The International Alliance of Theatrical Stage Employees announced on Twitter that “the crew of Nefarious Film LLC is on strike in Oklahoma City for recognition of their union and a contract!”

They added on Twitter, “Management is now attempting to replace the striking workers. If you are contacted to work on this production, send us a tip & DO NOT CROSS THE PICKET LINE!” 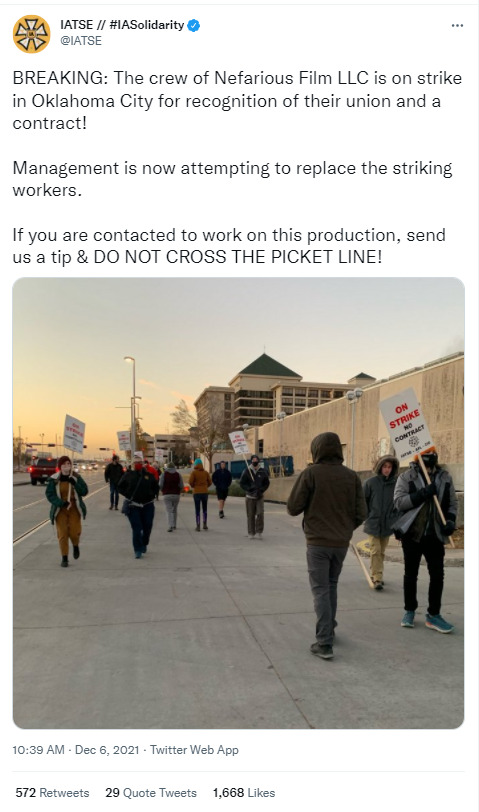 In a follow-up tweet on December 7th, they announced they had “filed an unfair labor practice charge against Nefarious.”

The union added the charge was for, “Interrogated & coercively polled workers re: union, surveilled employees engaged in protected organizing, firing multiple employees for supporting a union and engaging in protected activities.”

The Associate National Executive Director for the Art Directors Guild – IATSE Local 800 revealed some of the crew were still striking on Monday, December 13th. 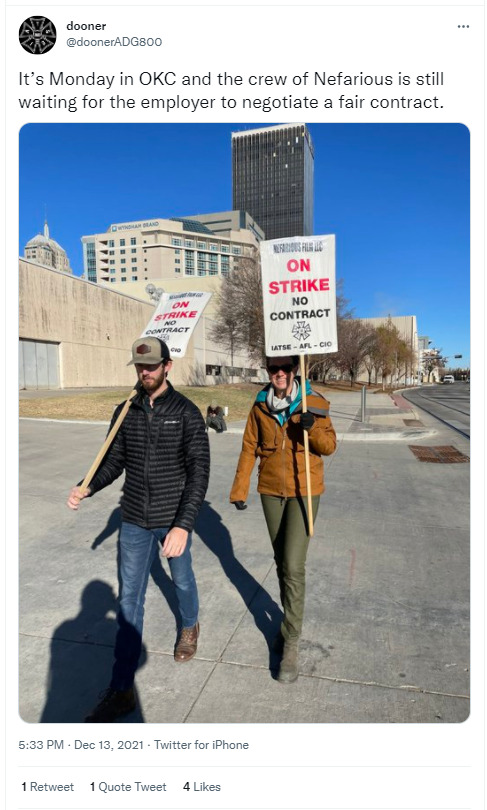 Speaking with The Blaze, Nefarious screenwriter and director Chuck Konzelman, refuted the union’s claims saying, “No one has been fired. No one has been interrogated.”

As to the charge of surveilling employees, The Blaze reported, “Konzelman said one of Nefarious Film LLC’s production staff informally polled department heads on Friday, asking if they were aware of a possible strike and whether their departments as a whole were inclined to walk out.”

The director further elaborated, “Since the questions were asked outside, in the open air, one or more union people heard the question and were offended, saying words to the effect of ‘you can’t do that’. To which the production person responded that they weren’t part of the conversation, and the question hadn’t been asked of them.” 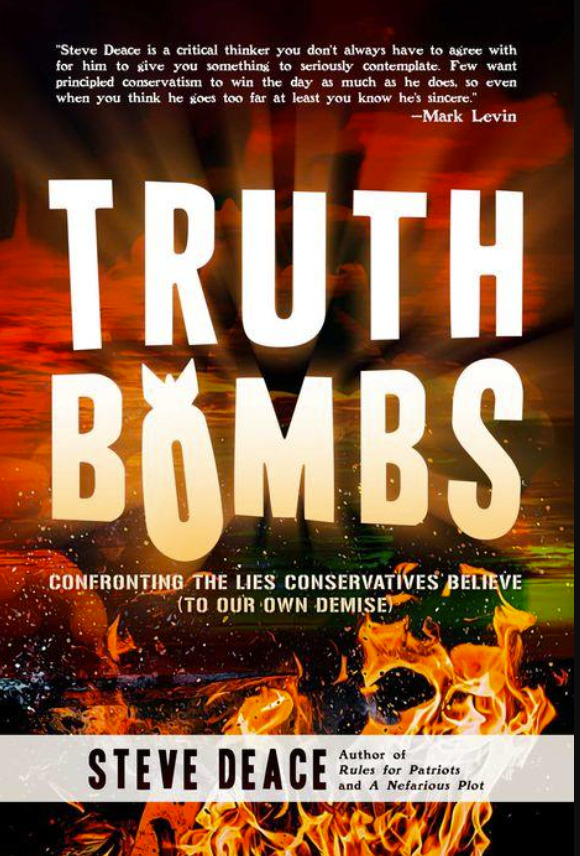 Source: Truth Bombs: Confronting The Lies Conservatives Believe (To Our Own Demise)

The director also detailed how negotiations with the crew started, “We made the rates as high as we could on an individual basis early, which by the way, was still not very impressive because we were a very low-budget film. But everybody shook hands and said, ‘yeah, we’ll do it for that.'”

“And then three days into shooting, suddenly, they couldn’t do it for that anymore and we had to become a union shoot,” he detailed. 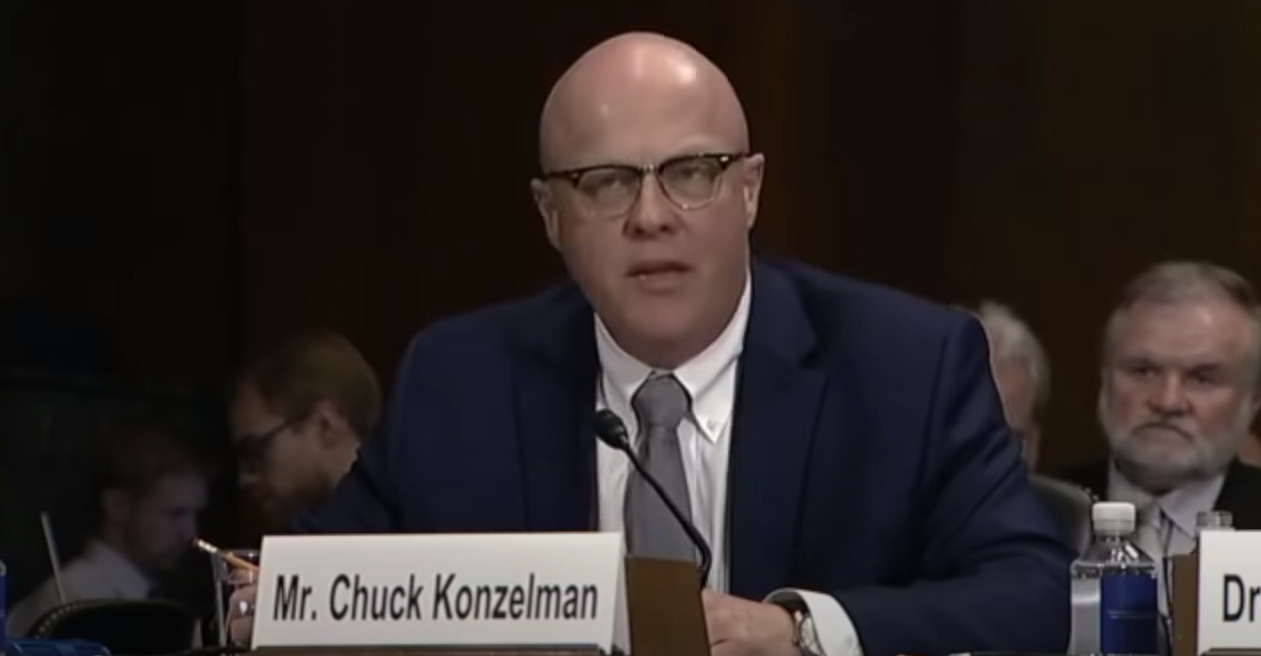 Konzelman would go on to echo Deace’s claims that the film was being targeted for being conservative and Christian saying, “This is partly about suppression of conservative and faith-based media.”

Like Deace he also claims the unions are threatening the crew saying they are “terrorizing down to the college level” and “if you cross that picket line, you’re dead to the unions forever.”

He went on to reveal that they are targeting apprentices on the film in order to ensure the movie no longer qualifies for the Oklahoma tax incentives. 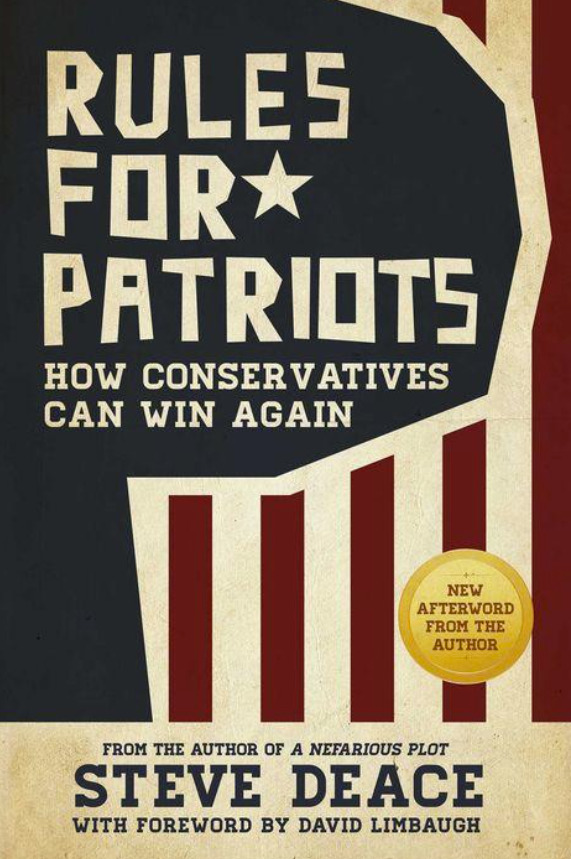 Source: Rules for Patriots: How Conservatives Can Win Again

She stated, “We offered and stand ready to investigate any complaints filed with our office by their employees who feel their rights as employees under state law are violated.”

“We have not received any complaints from employees at this time,” Sheriff added. “Oklahoma is a right to work state and this office will vigorously investigate and enforce those laws for employees who file complaints.” 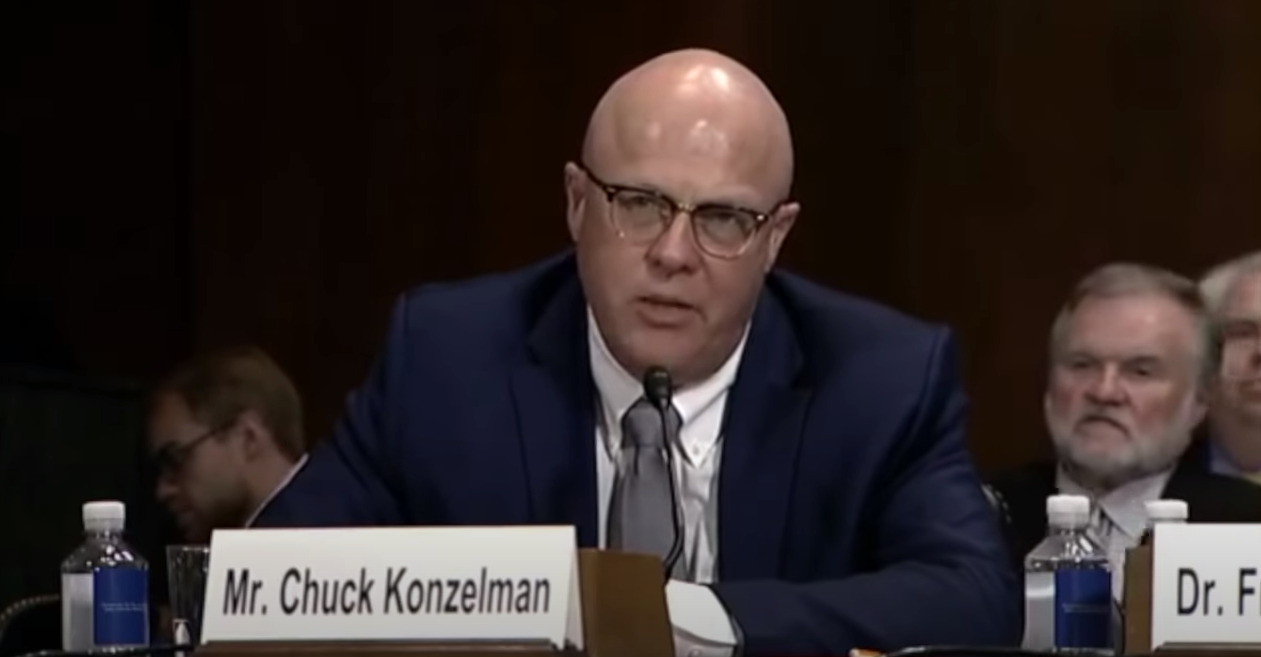 The film will star Sean Patrick Flanery, who plays Gunpowder in Amazon’s The Boys, as Lord Nefarious. The film is written and directed by Cary Solomon and Chuck Konzelman.

The synopsis for the film as provided by JoBlo states, “On the day he’s slated for execution, a convicted serial killer (Flanery) claiming to be a demon, undergoes a psychiatric evaluation to determine whether he’s mentally fit to receive his sentence…” 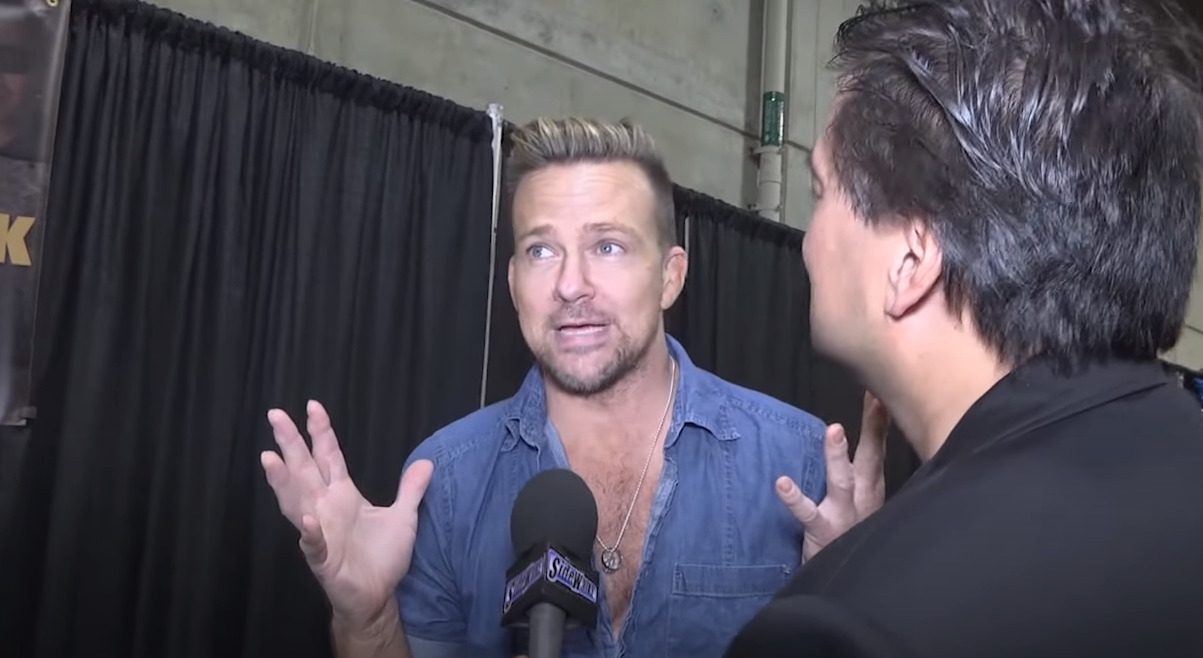 What do you make of the union striking?

NEXT: 9 Image Comics Employees Form Union, Demand The Ability To Cancel Titles Based On Their “Moral Judgments”