As miHoYo launches a new Wish Banner for Genshin Impact, fans are eagerly awaiting Gorou, and he is not your typical character 4-star character. 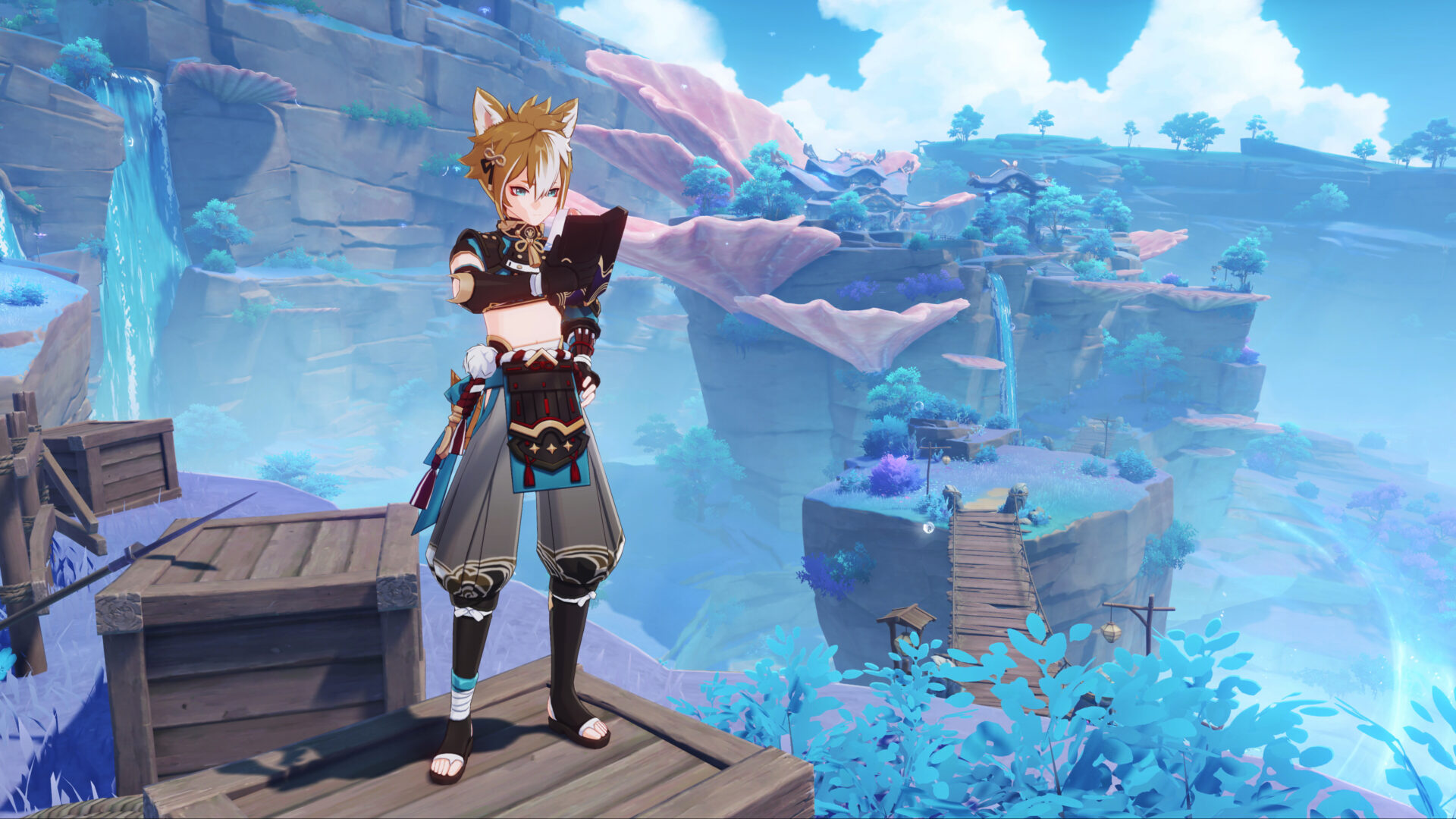 Introduced as an NPC in Version 2.0, Gorou will become a playable character in the Oni’s Royale Wish Banner (launching today). Despite his young appearance, he is a general of Watatsumi island, fighting against the Inazuma Shogunate and the Vision Hunt Decree.

His kind and friendly nature, shown to even those under his command, also betrays how battle-hardened he is. In terms of gameplay, Gorou is a 4 star Geo Bow-user. However, fans have noticed he’s a little different than other 4-star characters before him. 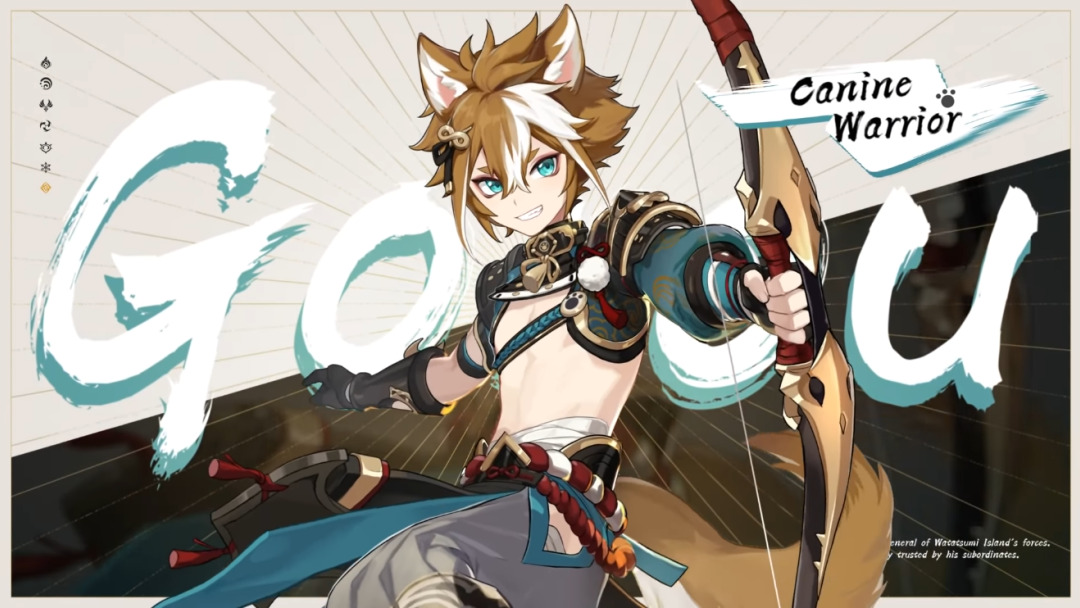 As noted by YouTuber Gacha Gamer, Gorou seems to be less of a generalist like other characters, and built more for particular tactics. In this case, having a pure defense-scaling Geo team.

His elemental skill is Inuzaka All-Round Defense. This deals a little Geo AoE damage, while planting a General’s War-Banner.

The General’s War Banner sets up a radius, buffing the active character depending on how many Geo characters are in the party (including Gorou himself). One character will give a defense boost, while two increases your resistance to interruption. Three will grant a bonus to Geo damage. 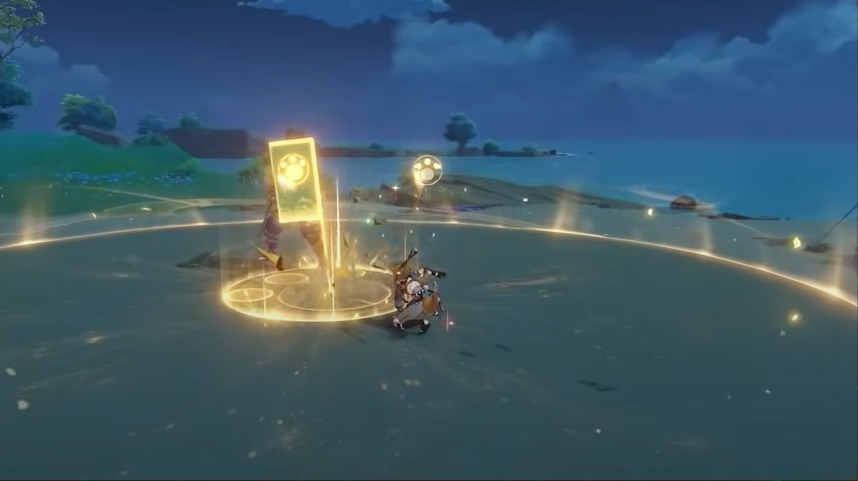 Gorou’s Elemental Burst is Juuga: Forward Unto Victory. This is essentially a portable version of the War Banner, dubbed General’s Glory, but with its own additional buffs.

These include AoE Geo damage every 1.5 seconds to foes within the radius, and pulling in elemental shards. 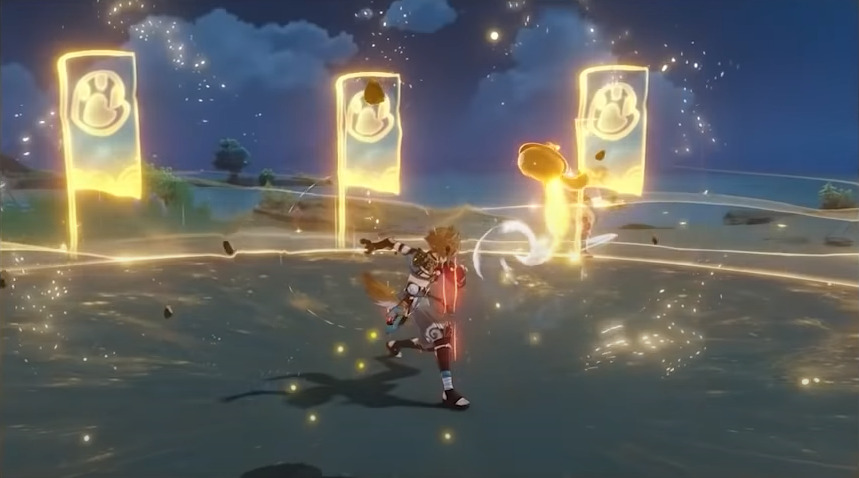 Gorou’s Constellation also unlocks more ways to improve his skills. At the first level; when any character deals Geo damage while in either of the radius buffs, it reduces the cooldown on Gorou’s Elemental Skill.

At the second level, when an active character collects an elemental shard while General’s Glory is out (which already draws them in), it will extend the Glory’s effect by 1 second. The third level boosts the Elemental Skill level by 3. 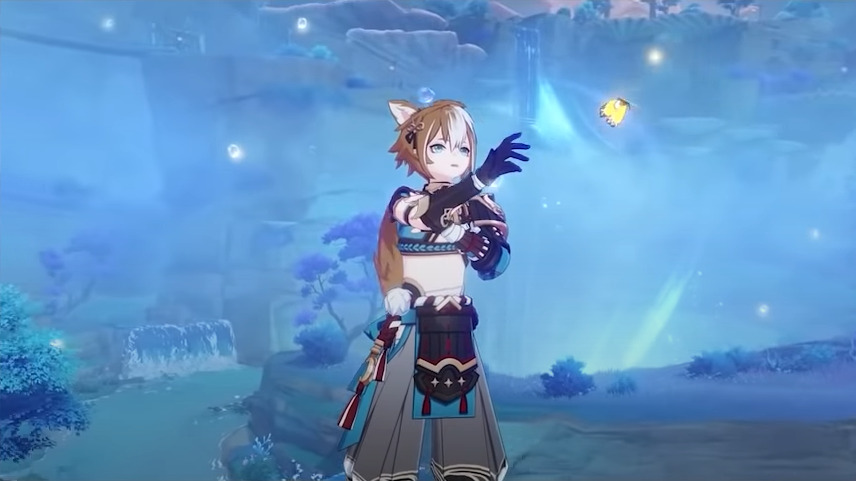 At Constellation level 4, Gorou’s Elemental Burst gains healing when there are two more more Geo characters. This is an AoE heal equal to 50% of Gorou’s defense every 1.5 seconds. Level 5 sees his Elemental Burst raised by three levels.

The 6th and final Constellation level provides extra critical damage for all nearby party members dealing Geo damage. This happens for 12 seconds after Gorou’s Elemental Skill or Burst has been used, and increases it by 10%, 20%, or 40% based on how many other Geo characters there are. 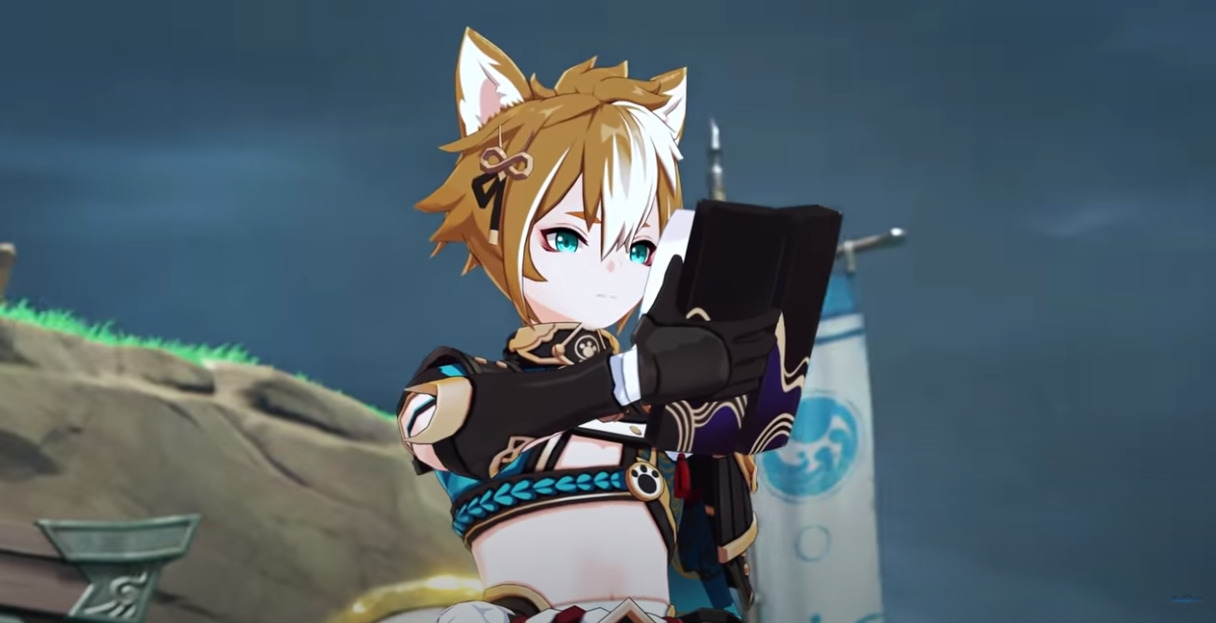 Gacha Gamer’s own analysis proposes that as Geo characters are typically weaker in theory-crafting for teams, Gorou will be essential for those who want to make pure Geo teams. In turn, this may make pure Geo teams more viable, possibly thanks to the inclusion of the other new Geo character in the Oni’s Royale Wish Banner, Arataki Itto.

While other 4-star characters have had niche tactics before, Gacha Gamer proposes Gorou is the culmination of this so far. 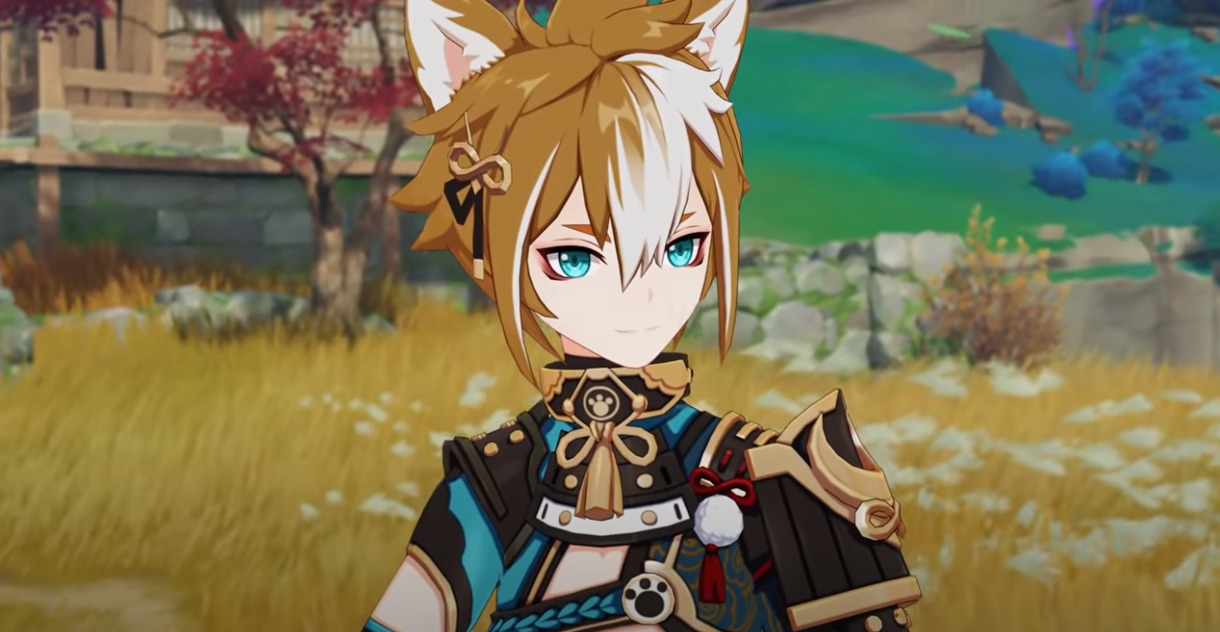 What do you think of Gorou? Let us know in the comments below.