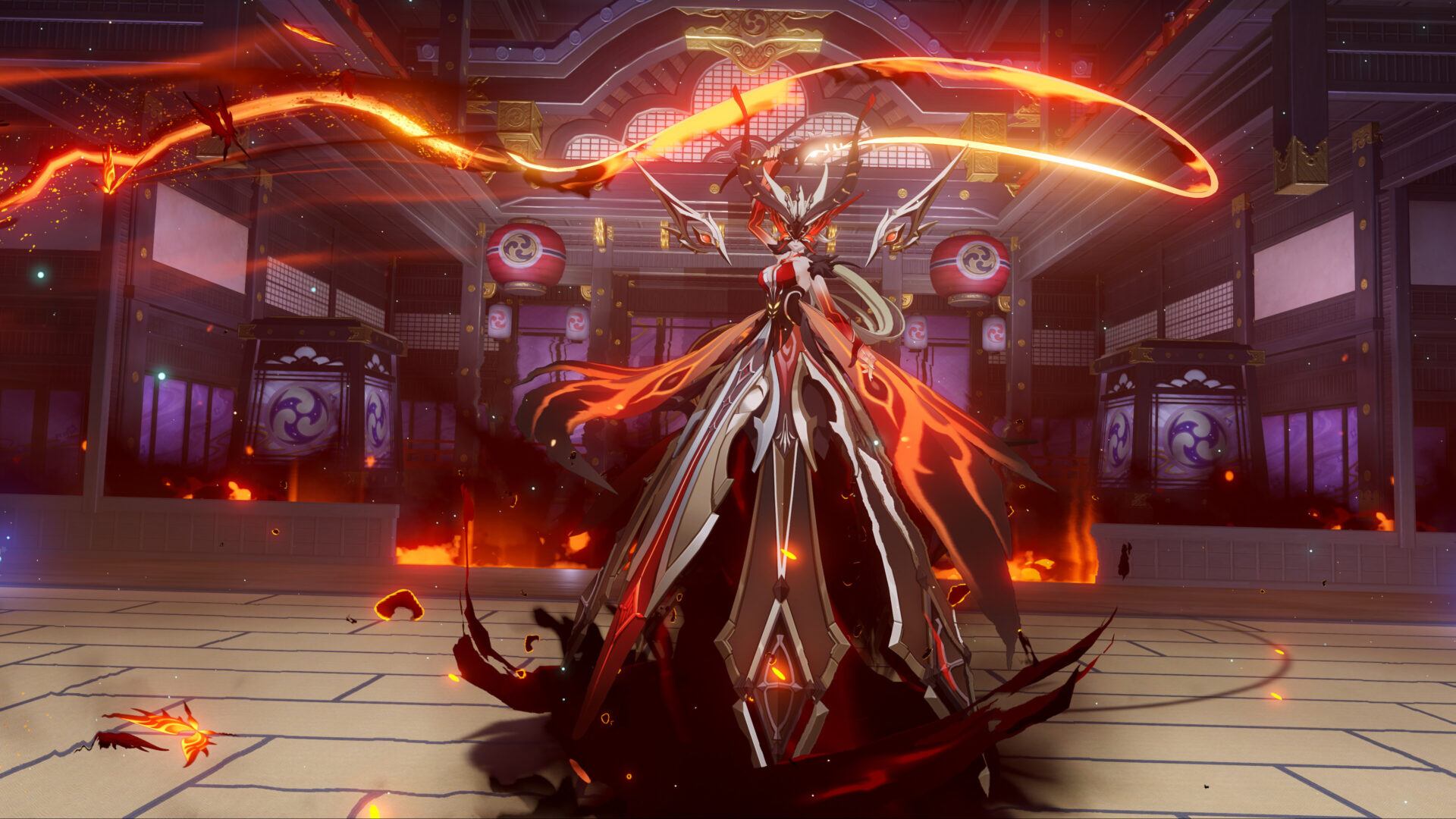 Previously, a number of Genshin Impact players expressed their frustration over what they viewed as poor anniversary gifts and events by giving poor reviews to apps and other games in the Google Play Store and Apple’s App Store.

As an example a number of players gave 1 star ratings to the Google Classroom app. 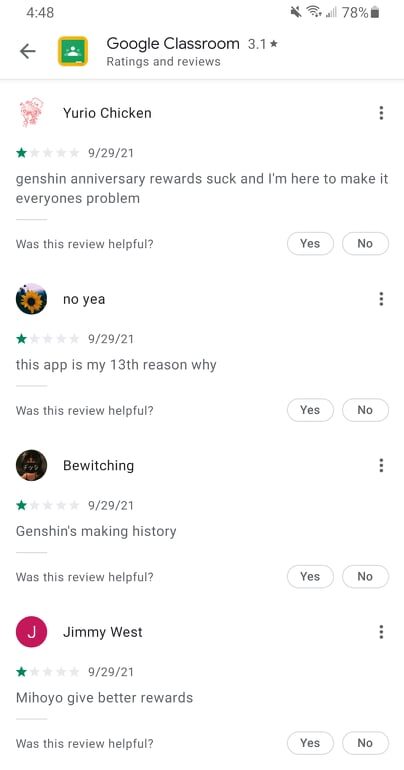 In response to this backlash, miHoYo issued a statement to GamesRadar.

The statement reads, “We’ve been paying close attention to various feedback regarding Genshin Impact’s first anniversary. We’ve already come up with more celebrations including the coming Genshin Impact online concert and thank-you gifts to express our gratitude for players’ support all the way along.”

“The opinions and feedback from players and fans are really valuable to us, and we wish all fans will continue the adventure and collect more cherished memories in Teyvat,” it concluded. 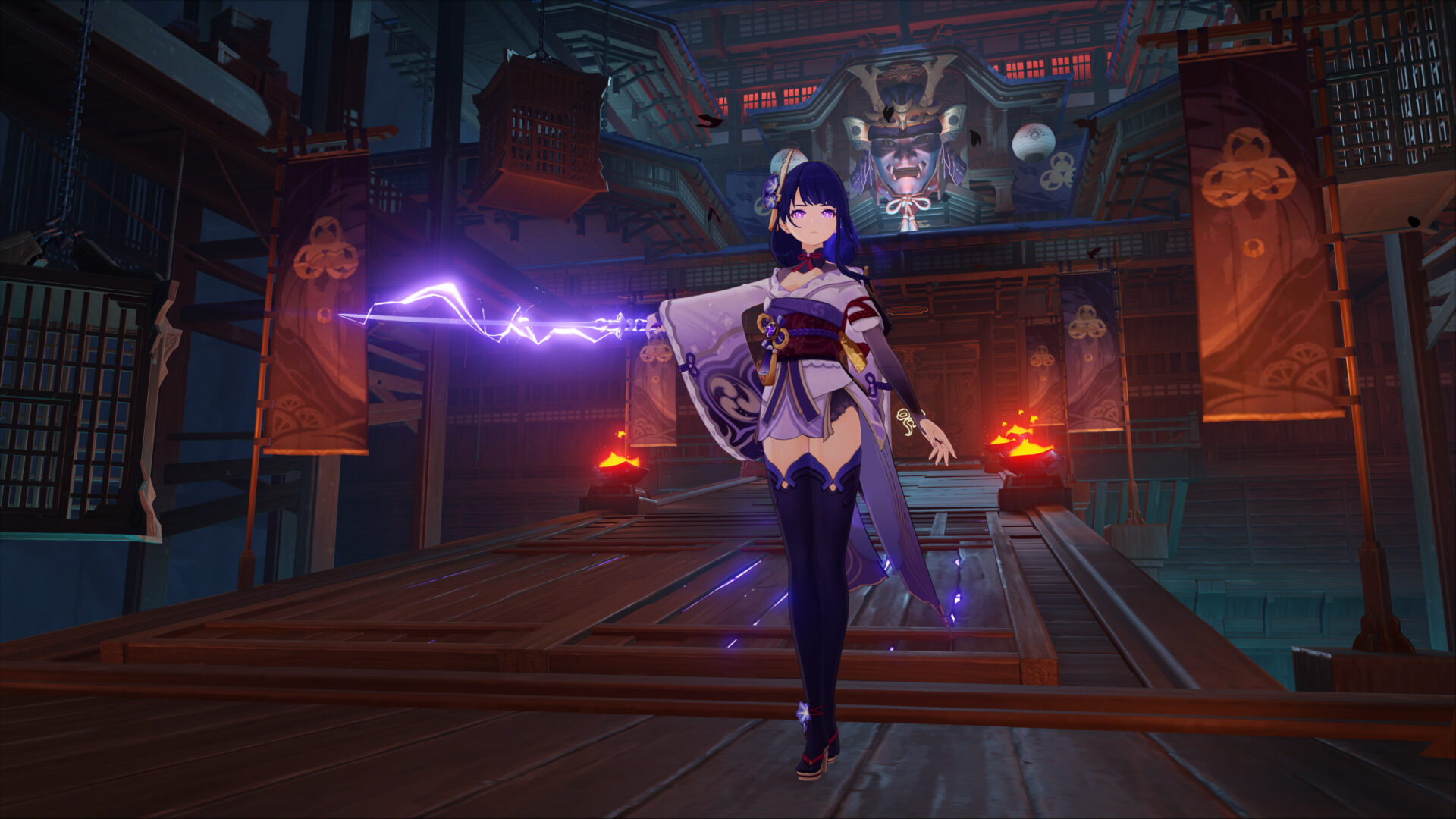 Before this outrage, miHoYo did reveal two anniversary events. The first was Recording Your Anniversary Memories. The event allows players to fill in cards documenting their achievements in the game to receive Primogems.

They also announced “A Message In Time” web event that allows you to share a card with your friends to earn a variety of in-game rewards including Primogems. 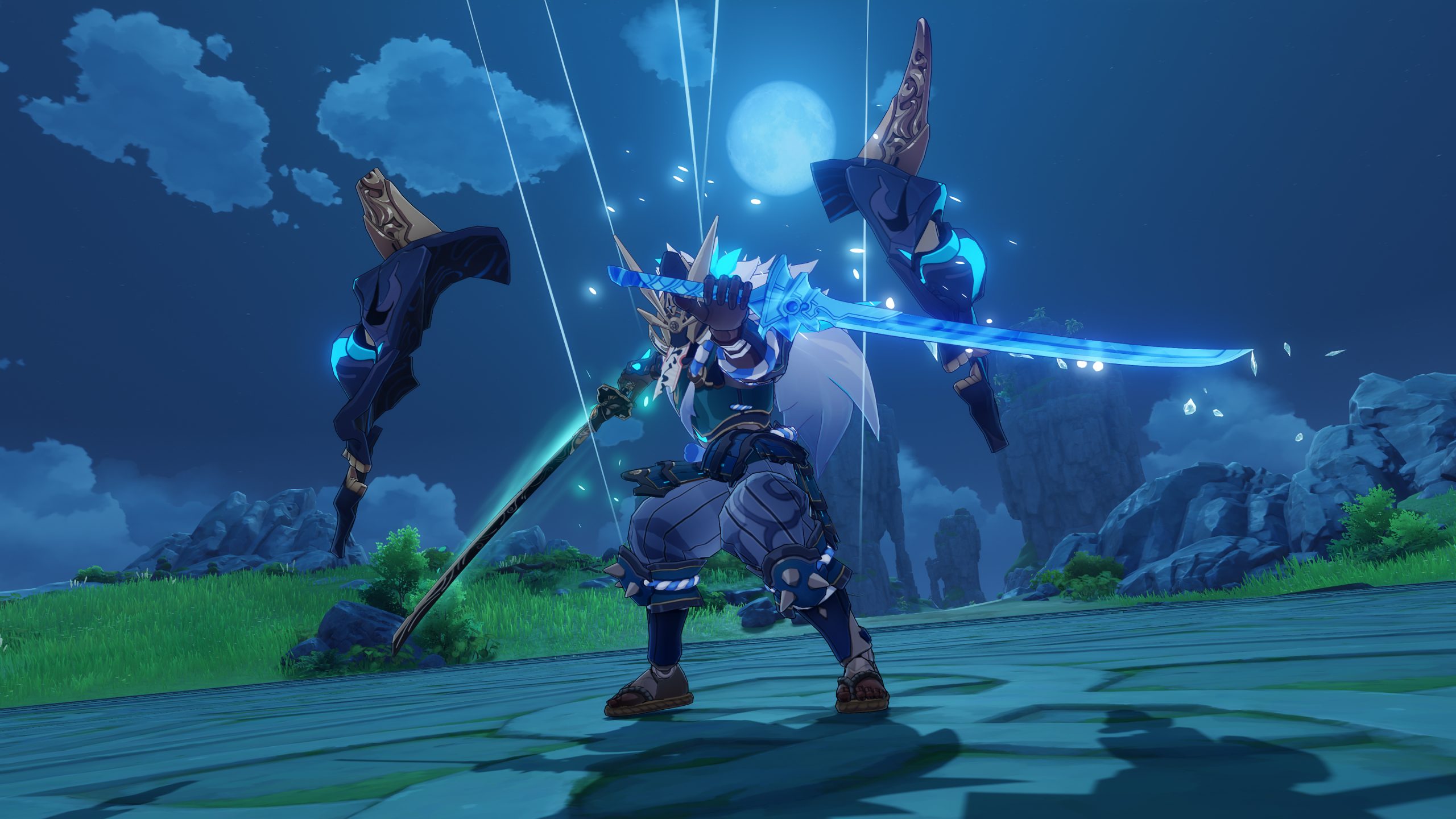 miHoYo also announced a special concert back in August that will “feature Genshin Impact music originally composed and produced by Yu-Peng Chen and HOYO-MiX.”

They added, “World-famous Belgian conductor Maestro Dirk Brossé and the Flanders Symphony Orchestra will present the original soundtracks of Genshin Impact, while talented musicians from the United States, South Korea, and other countries are ready to deliver innovative interpretations of much-loved pieces with a mix of genres to worldwide fans and players.”

On top of this, miHoYo has also sent out two in-game gifts and it appears they will be sending out at least two more.

The first gift gave players 400 Primogems and the Wings of Shimmering Galaxy, which is described as “a stylized wind glider and a gift that celebrates a symphony that resounds across the stars.”

A note from miHoYo accompanying this gift reads, “Dear Traverlers, We sincerely thank you for your continuous support and love for Genshin Impact, and we would like to offer this thank-you gift to express our gratitude.”

They added, “In addition, we have specially prepared the Genshin Impact online concert on October 3, and we look forward to you joining us. May Teyvat bring you more joy and cherished memories.” 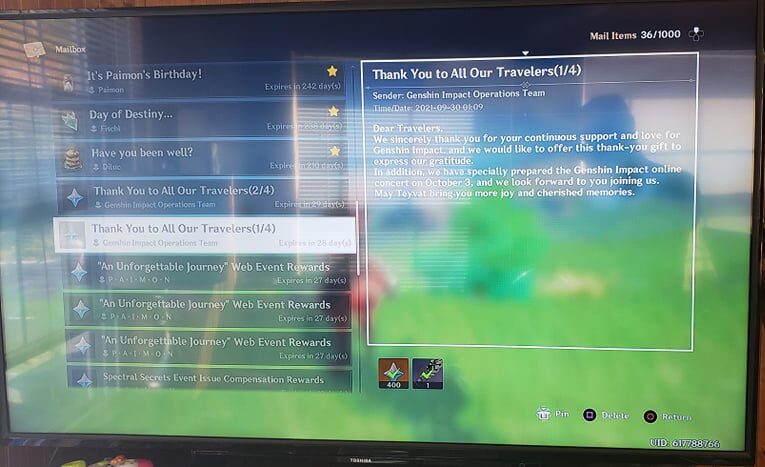 A second gift also provided players with 400 Primogems. It also gave them two Fragile Resin, which allows players to do more domains or ley line challenges.

Accompanying these rewards was the same note from the first gift.

As you can see in the screenshots, the first gift says 1/4 and the second says 2/4, leading one to believe there are two more on the way. 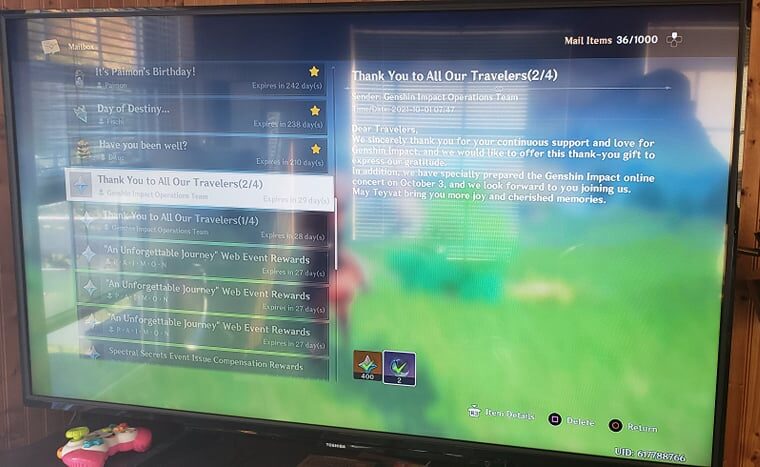 On top of this, miHoYo will also air their Version 2.2 Special Program Preview on October 3rd. In a blog post they noted, “This special program will feature juicy details about new game content and developments in Version 2.2. It will also “drop” some redemption codes and other goodies!”

The online concert “Melodies of an Endless Journey” is expected to take place following the Version 2.2 Special Program Preview. 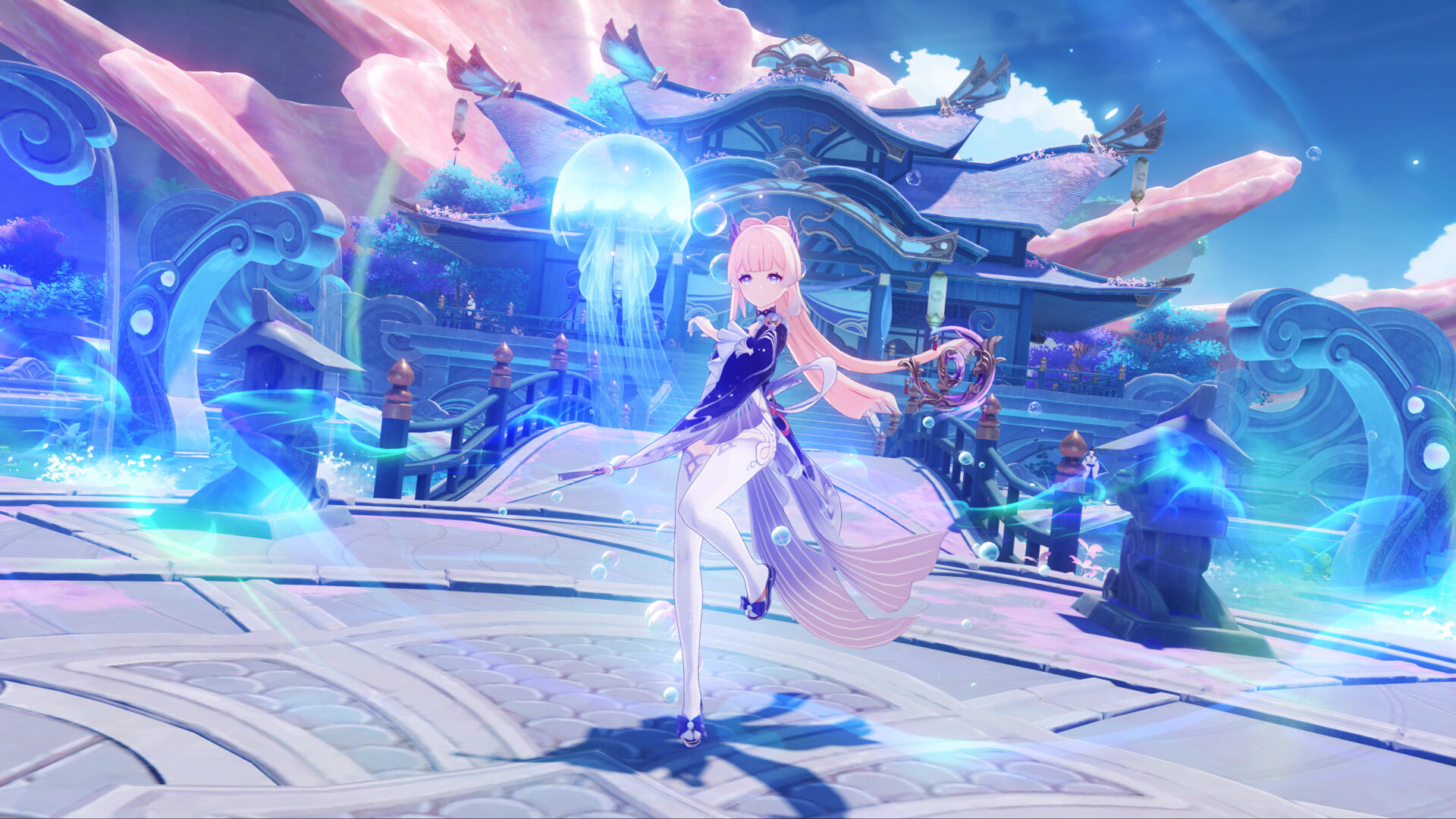 What do you make of miHoYo’s response to the player backlash?