Horror novelist Stephen King, known for Pet Sematary, Carrie, The Dark Tower, and The Shining, recently took to Twitter to claim that obtaining a lawyer to defend oneself is only suited for organized criminal cartels. 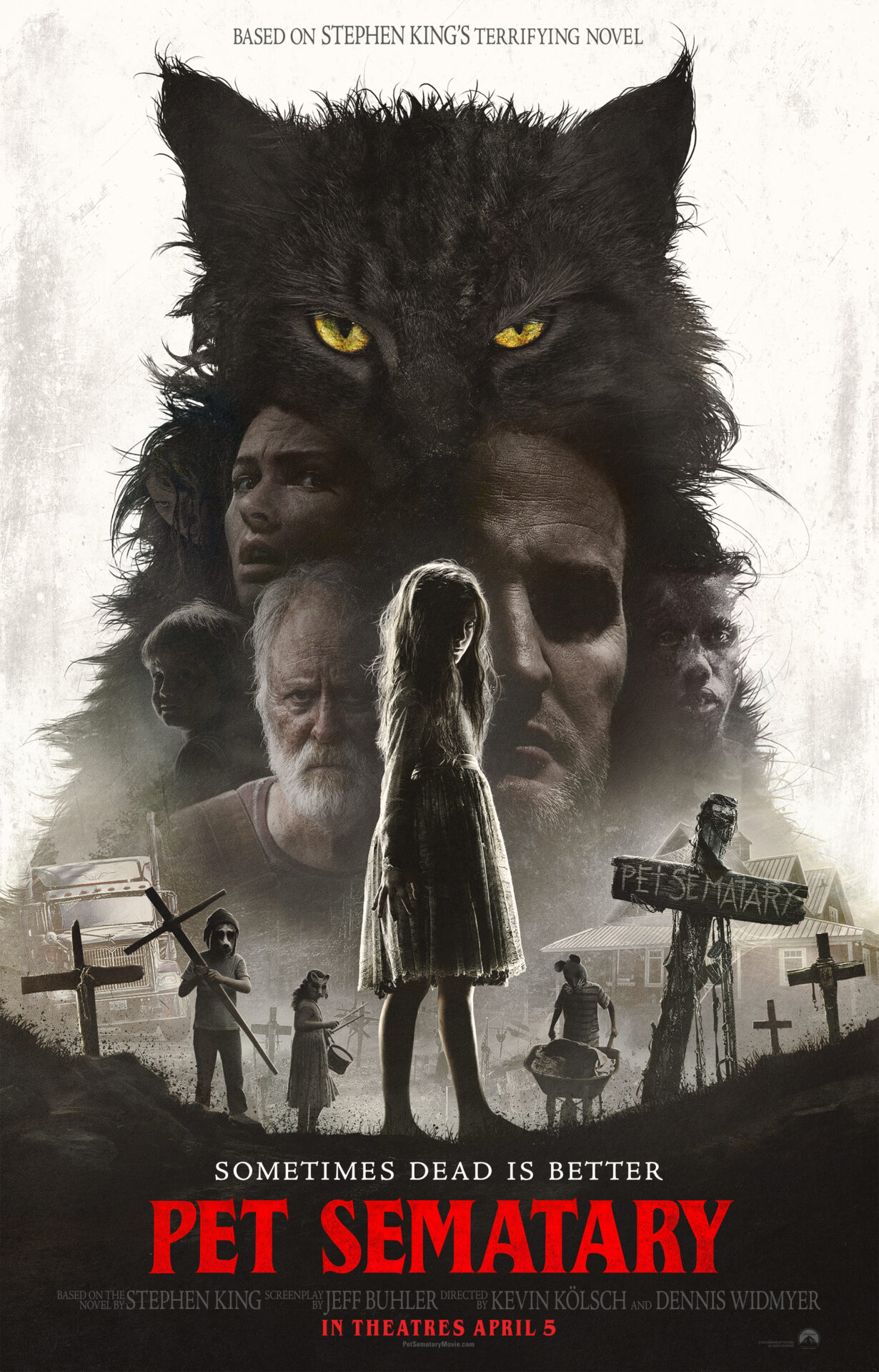 King’s absurd claim came as he tried to take another swipe at President Donald Trump and his supporters.

He wrote on Twitter, “Lawyering up is what members of organized cartels do, using due process as a holding action.”

“Lose, appeal. Lose, appeal. Run out the clock. This is how Trump andhis cronies are dealing with their political afterlives,” he added. 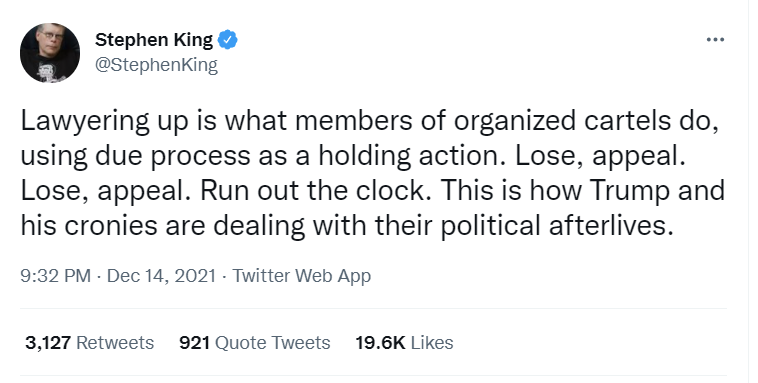 Due Process is actually guaranteed under the Constitution of the United States of America.

The Fifth Amendment states, “No person shall be held to answer for a capital, or otherwise infamous crime, unless on a presentment or indictment of a grand jury, except in cases arising in the land or naval forces, or in the militia, when in actual service in time of war or public danger; nor shall any person be subject for the same offense to be twice put in jeopardy of life or limb; nor shall be compelled in any criminal case to be a witness against himself, nor be deprived of life, liberty, or property, without due process of law; nor shall private property be taken for public use, without just compensation.”

As the Legal Information Institute notes the command for the State not to “deprive any person of life, liberty, or property, without due process of law” is the only command stated twice in the Constitution. 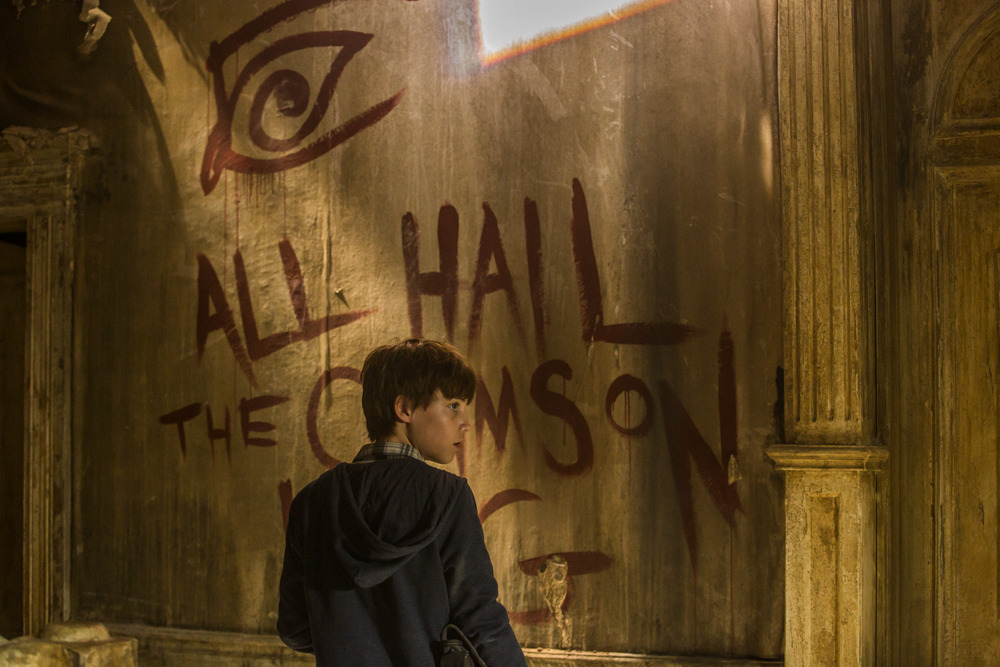 While due process is guaranteed under the Constitution of the United States of America as the American Bar Association notes, “Not often does a losing party have an automatic right of appeal.”

“There usually must be a legal basis for the appeal an alleged material error in the trial not just the fact that the losing party didn’t like the verdict,” they add. 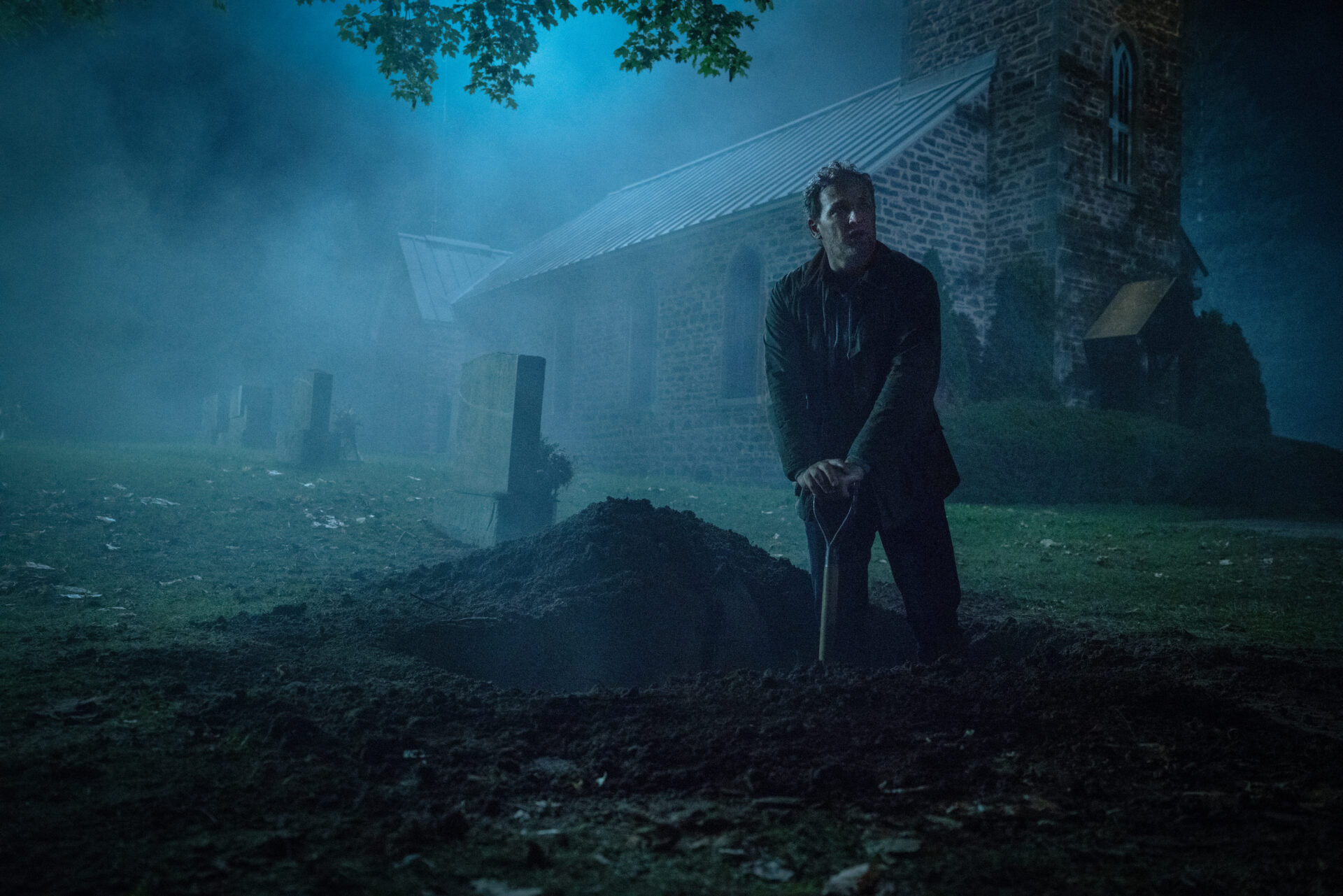 “Appeals are not trials and are not intended to give a litigant a second opportunity to reargue the facts of his or her case. The appellate court does not serve as a second jury,” they add. 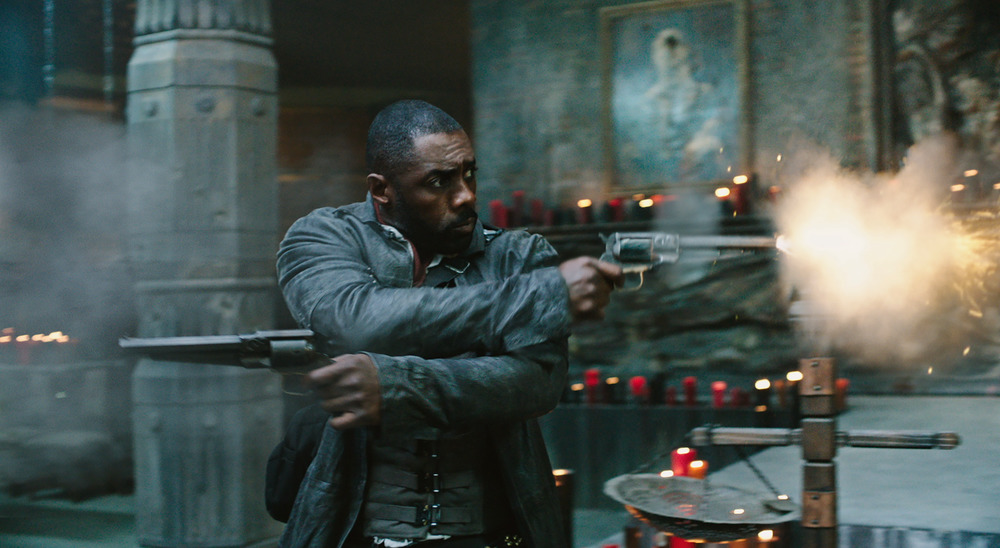 However, Mary Sarah Bilder in the Hastings Law Journal claims the origin of our current system began with a very different idea, one where “a higher tribunal could completely and broadly rehear and redecide not only the law, but also the entire facts of a case.”

She adds, “Moreover, the legal procedure called ‘the appeal’ represented a substantive theory of justice, emphasizing the importance of equity and a particular attitude towards the hierarchy of authority.” 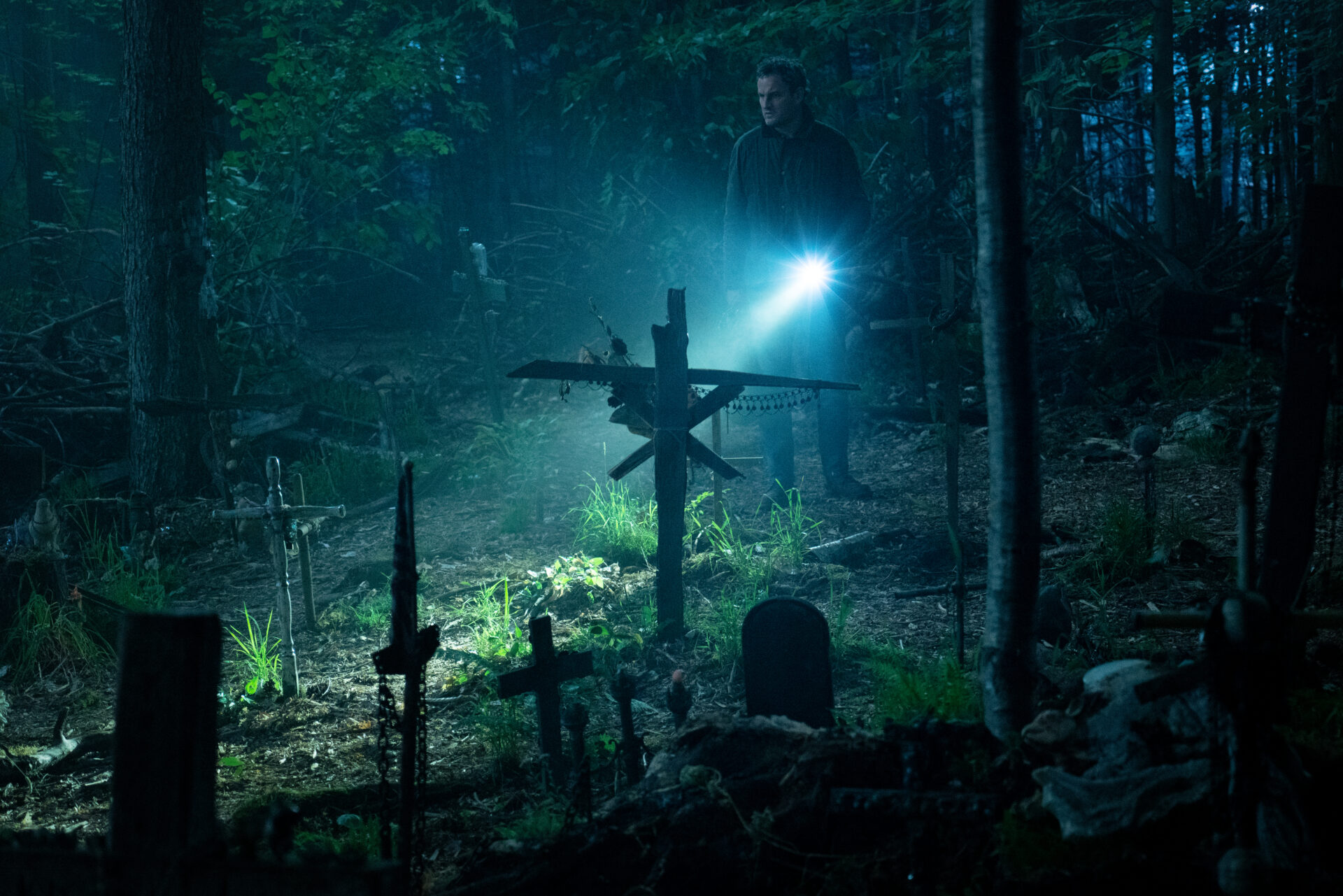 Bilder goes on to explain that this system would eventually be replaced or combined “with the more traditional review procedures of the common law: the writ of error and the writ of ceritorari.”

In fact she notes, “And by the eighteenth and nineteenth centuries, these more common-law-like procedures had significantly narrowed the possibilities of review—for example, courts only permitted redress for errors of law shown in the written record of the case, similar to procedures in England.” 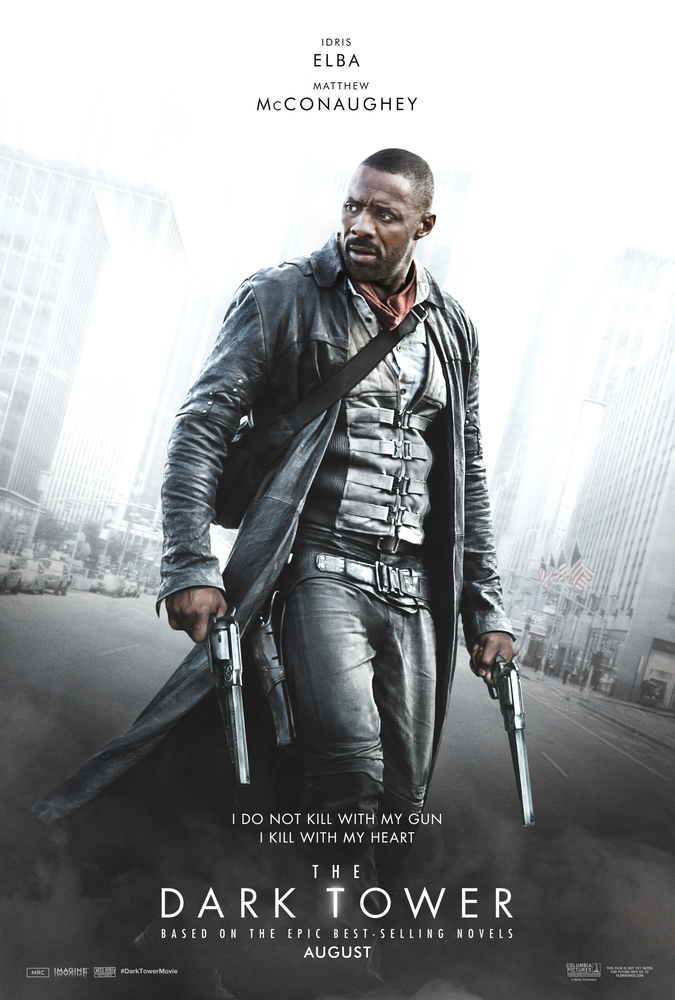 Nevertheless, King’s claim about President Donald Trump and his supporters appealing decisions in order to run out the clock doesn’t really hold any salt either.

The American Bar Association explains, “If the appeals court affirms the lower court’s judgment, the case ends, unless the losing party appeals to a higher court.”

There are only a certain number of higher courts ending with the Supreme Court of the United States. 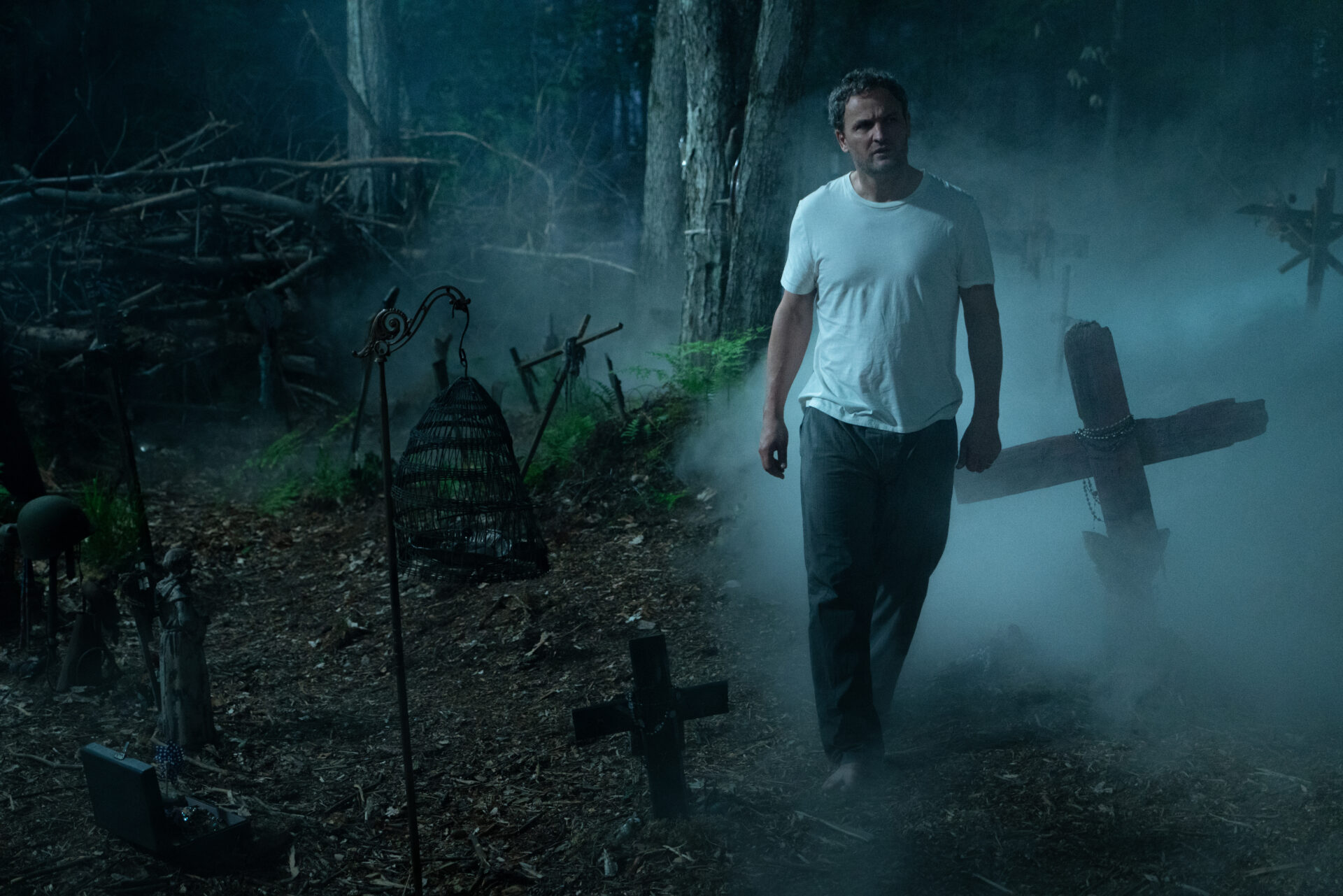 What do you make of Stephen King going after one of the fundamental guarantees of the Constitution of the United States of America?