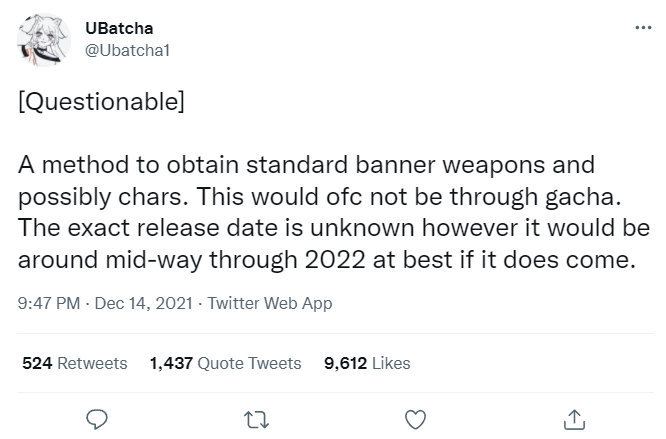 Leaker UBatcha has claimed that characters and weapons usually available via the standard wish banner will have new ways to be obtained without having to spend Primogems. Though Ubatcha does note that their sources are questionable or prone to change, if such a new system does come to pass, it will be available by mid-2022 at the earliest.

Other developments alleged by UBatcha include new Mondstadt related skins in the 2.4 update, the introduction of a new Claymore and the reutnr of Scaramouche in 2.5, and Kazuha having a banner re-run in either 2.5 or 2.6 update along with some dedicated story content.

Of these, the mention of the Claymore is the most curious, as no new Claymore wielding characters have been announced recently. 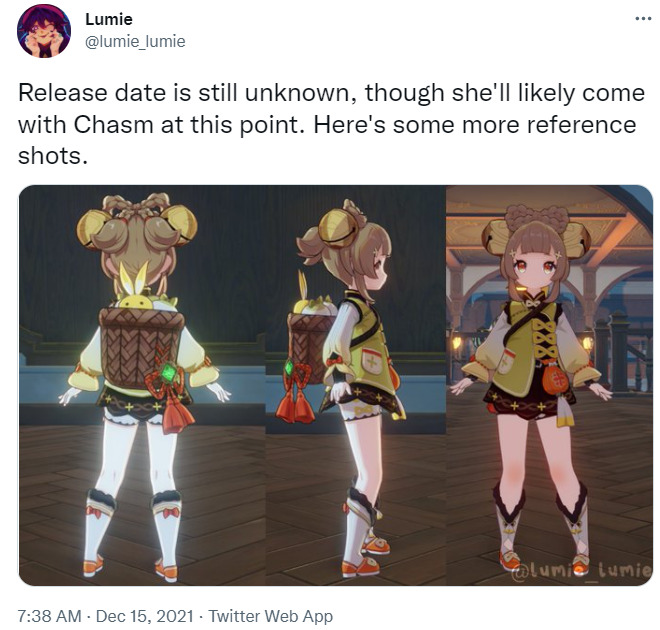 Upcoming characters will reportedly include Shenhe, Yun Jin -both coming in 2.4 – Yae Miko, and Dainsleif, though the latter two have not yet had their weapons announced. Another unannounced characters, as reported by Dexerto, is the leaked Yaoyao, though their upcoming arrival has been known since October.

Further, via Dualshockers, leaker TZ of the “Wangsheng Funeral Parlor” fan Discord server claims that Enkanomiya will be added as a new area. Deep beneath the ocean, it’s where the Watatsumi people are said to originate, and according to TZ, will feature “Sumeru style architecture,” and “the big tree from the datamines is also there.”

EVERYONE WAKE UP WE HAVE NEW CRUMBS!!! YAE AND AYATO MAY BE APPEARING TOGETHER ALONG WITH SHINOBU IN THE SAME UPDATE pic.twitter.com/kmCvjAqZ9G

Previously, after something from Enkanomiya began bleaching the soil of Watatsumi Island, players were tasked with obtaining the Key of the Moon-bathed Deep to enter the area. After doing so, Tsuyuko asked Sangonomiya Kokomi for permission to access Enkanomiya, and fans have been waiting since.

As noted byDualshockers, access being granted to Enkanomiya matches with some prior leaks regarding the 2.5 update. 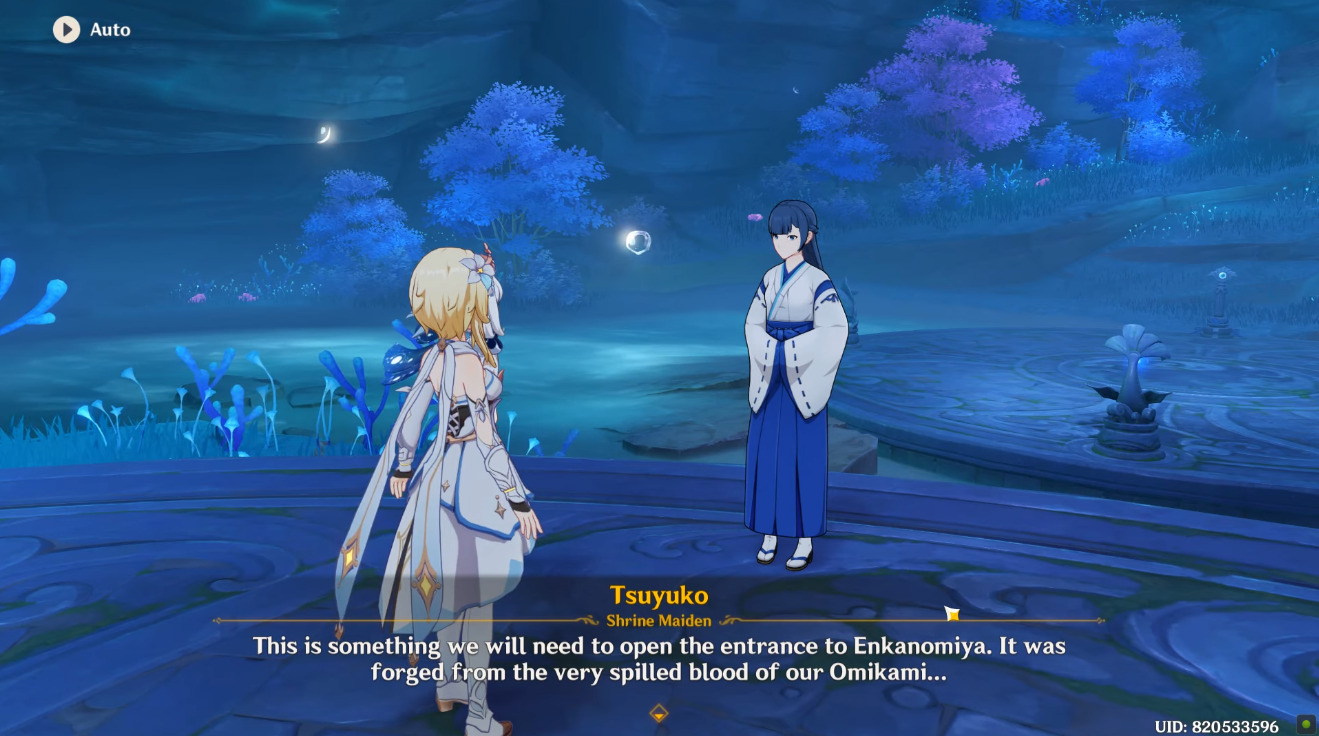 The Discord leaker also claims that, along with Yae Miko, other leaked characters set to be introduced include Kamisato Ayato, the head of the Kamisato Clan and Yashiro Commissioner, and the 2.5 update’s 4-star character, Kuki Shinobu, the second-in-command of Arataki Itto’s gang (who, coincidentally, was the 5-star character added in the game’s prior update).

Other than her being a ninja (shinobu in Japanese), Sayu and Itto’s in-game dialogue provides more info on their characters. Sayu assumes she will be just as rowdy as Itto, while Itto explains she is one of the only people to question his orders in the Arataki gang. “She also gets me out of jail, and out of every mess we get ourselves into,” Itto confesses, “so I’ll let it slide.” 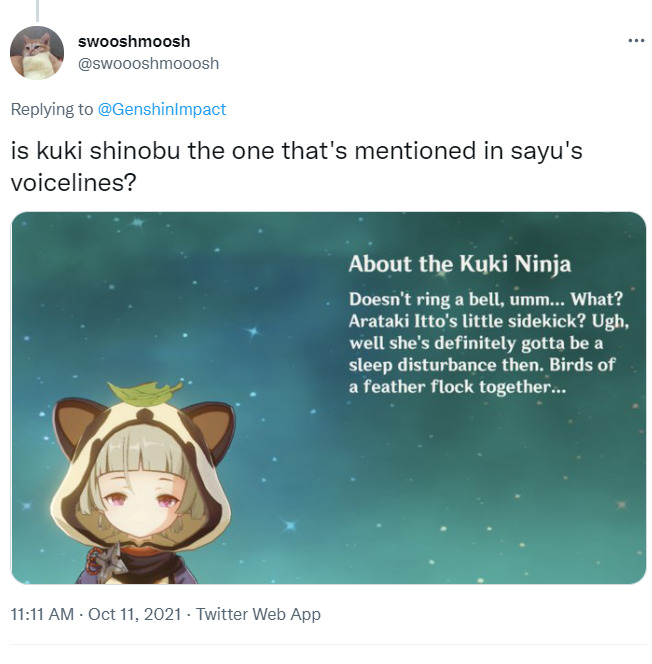 Itto is certainly not one for subtly. Proud of his Oni heritage, he honors the ancient pact to not use his strength for malicious purposes; but instead will refuse to back down from any challenge, and wants the children to look up to him. His gang’s antics are usually harmless pranks, such as re-writing the end of a play to remind the people that oni are their allies.

So where has Shinobu been all this time? The Hanamizaka Bulletin Board and Itto himself state she helps recover “trophies” Itto has won in his various games against children. “Regrettably,” she notes in the Bulletin Board post, “I will not be able to help you with toys that have been broken or food that has already been consumed.” 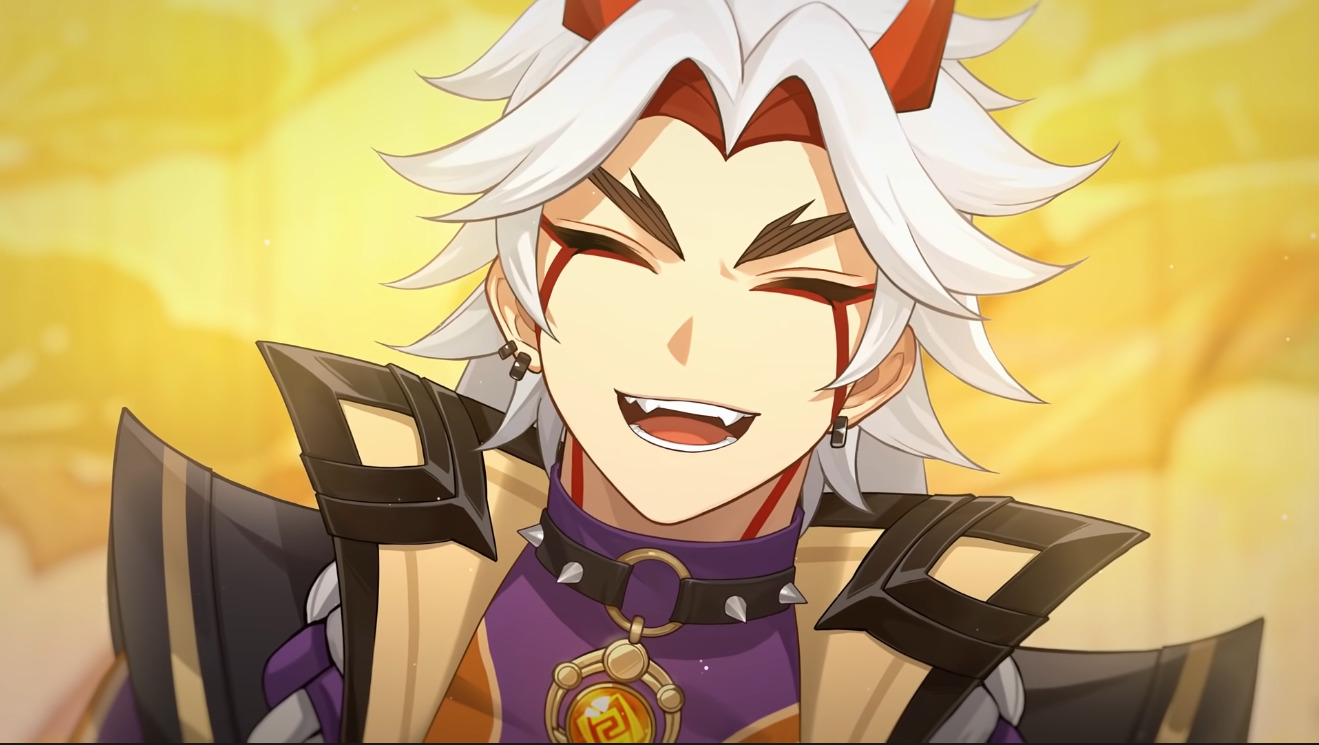 What do you make of these alleged Genshin Impact leaks? Let us know your thoughts on social media or in the comments down below!