The rumored involvement of a certain someone, an OG Dark Knight, in HBO Max’s Batgirl might have just been confirmed. 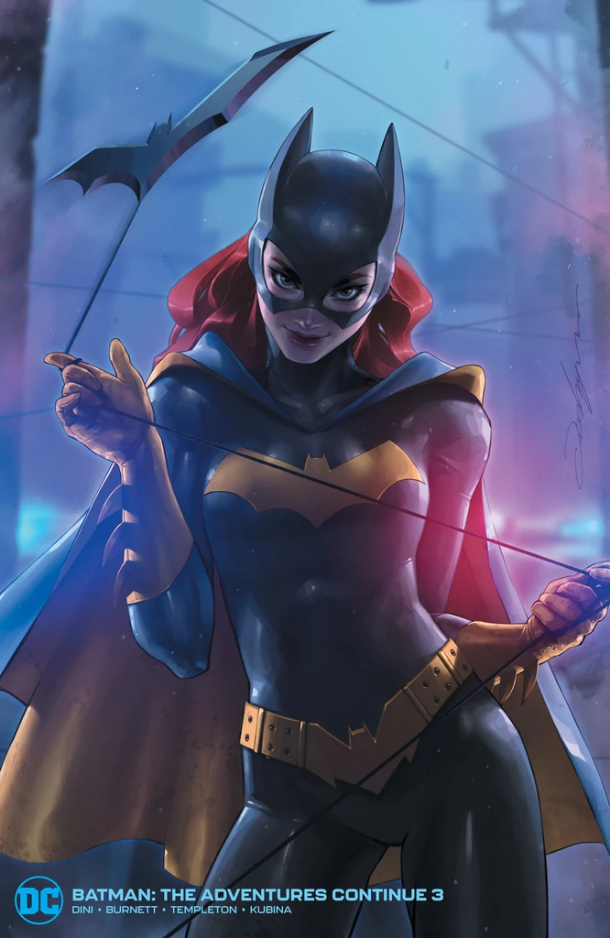 Alleged and denied prior, Michael Keaton could very well be in the Max Original production which would mean he is reprising the Batman he played in two consecutive movies directed by Tim Burton.

Comicbook.com reports a new “preview kit” comes with an up-to-date cast list and Keaton’s name is on it. This announcement comes in time for Christmas but has this disclaimer: “Credits are not final and dates are subject to change.”

CB also reached out to Warner Bros. and the studio did not comment, which kind of continues the denial but it’s not a flat “no” from them either.

RELATED: Michael Keaton Opens Up On Returning To Batman In The Flash, Expresses His Confusion Regarding The Multiverse

Batgirl filmmaking duo Adil El Arbi and Bilall Fallah once teased there will be a Batman in the film (“the real one”) in an interview with VRTNWS.

With Keaton’s portrayal near and dear to the hearts of a generation or two, fans and analysts concluded he is the one, true Batman they’re talking about.

And, well, they were right. Leslie Grace, who plays Batgirl, confirmed this bit of casting news in a tweet replying to Hollywood Reporter coverage. “The bat’s out of the bag,” she wrote. 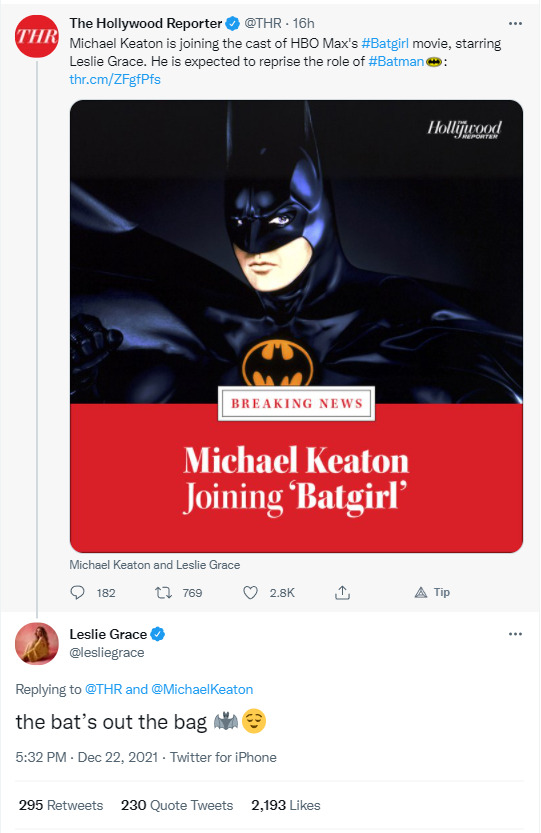 Note this is a 180 from Grace saying a few months ago that Batman would not be in Batgirl and she’d need help from other vicious vixens of Gotham and the Bat-Family. Clearly, there was a contractual obligation to be silent or fib if needed, or the script changed.

Keaton returns to Batman in a big way after thirty years in DC Films’ The Flash opposite Ben Affleck as his iteration of the Caped Crusader, and be sure to expect to see only one left standing when all is said and done.

One more indication it’ll be Michael Keaton is Affleck recently said he is done working in franchise IPs after all the struggles at Warners. This is despite persistent speculation the Mallrats actor will continue on in the Snyderverse in his own HBO Max vehicle. 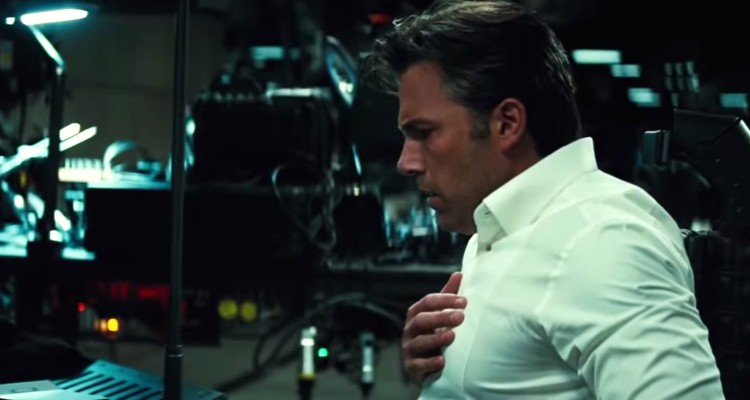 The Snyderverse will carry on in The Flash and might keep going in some form beyond Andy Muscietti’s Flashpoint event. That will please the fans who have been calling for the restoration of it since they successfully lobbied for the Snyder Cut.

However, I have to concede that conversely the above is an optimist’s point of view on an island in a sea of social media declaring the Snyder-verse dead at the news Michael Keaton will be in Batgirl.

NEXT: Rumor Maintains Michael Keaton Will Be The Batman Of The DCEU, Ousting Ben Affleck