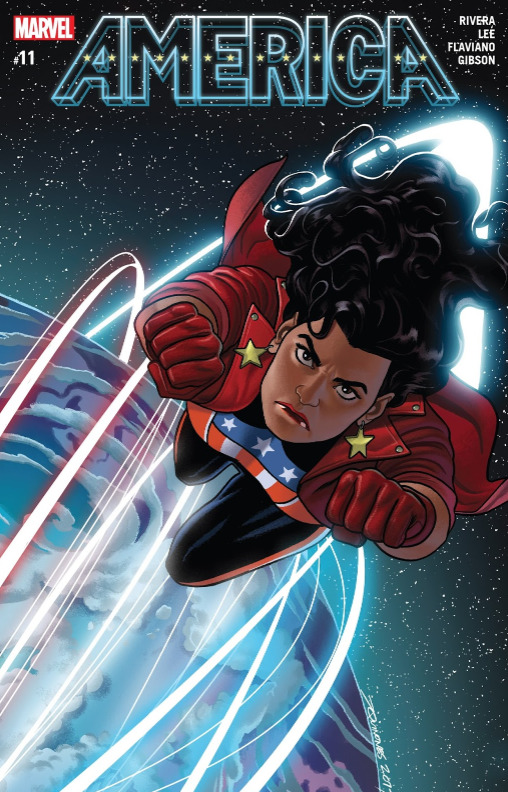 Ramos, whose Twitter bio claims that his movie collabs include Disney, Marvel, and Warner Bros. tweeted, “Friendly reminder that Doctor Strange in the Multiverse of Madness is introducing the MCU’s first hispanic hero in American Chavez. I can’t wait!” 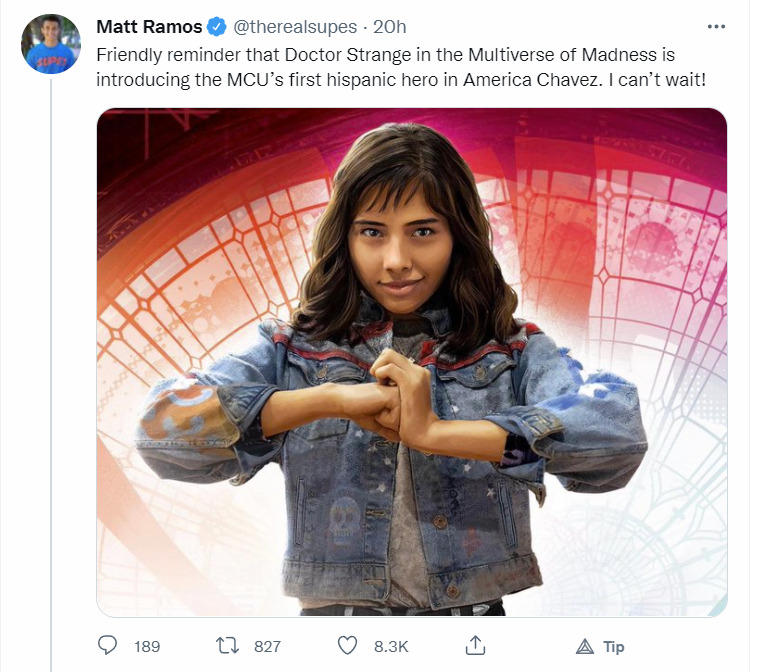 Ramos would be challenged on his assertion with one Twitter user writing, “Zoe saldana has been in the mcu since 2014.”

He replied, “Gamora is an alien.” 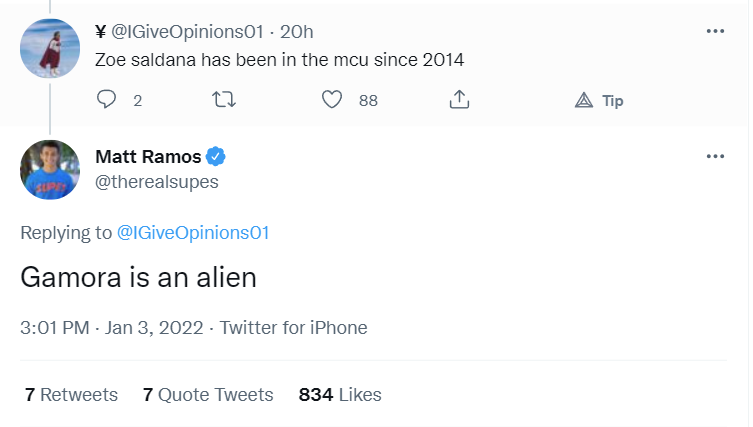 RELATED: Author B.J. Mendelson Claims Reporting On Marvel Film Leaks Is “How We Get Things Like QAnon” 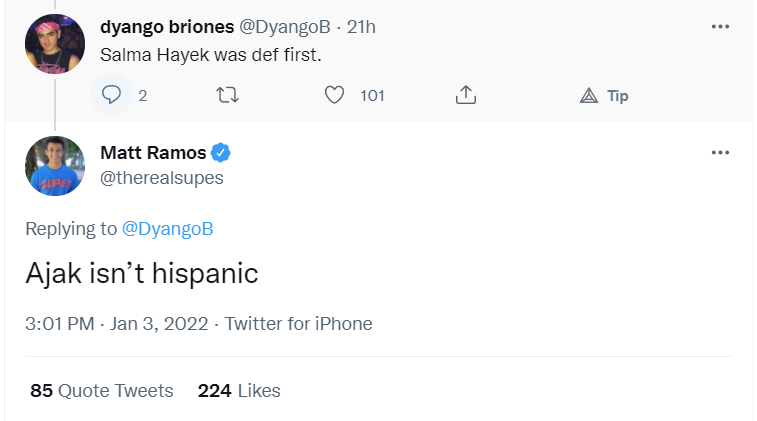 What’s hilarious about this is that Chavez is an alien as well. She’s not Hispanic. As depicted in America #7, Chavez was born in the Utopian Parallel.

Marvel.com explains that the Utopian Parallel is “a realm outside conventional time and space formed from the “unbinding of magic” by the multidimensional messiah Demiurge.”

It goes on, “When America was six years old, mysterious forces permeated the Parallel with dimensional rifts that threatened to fracture it, kill its inhabitants, and scatter its fragments throughout the Multiverse’s infinite realities. To stabilize the Parallel, America’s two mothers sacrificed their lives to seal the rifts, dispersing their atoms through them in the process.

“America, in the act of grief-stricken anger and half-formed idealism, created an interdimensional portal to flee her home realm into the larger Multiverse to emulate her mothers’ heroism in other universes, rather than remain in the seemingly perfect Parallel,” it details. 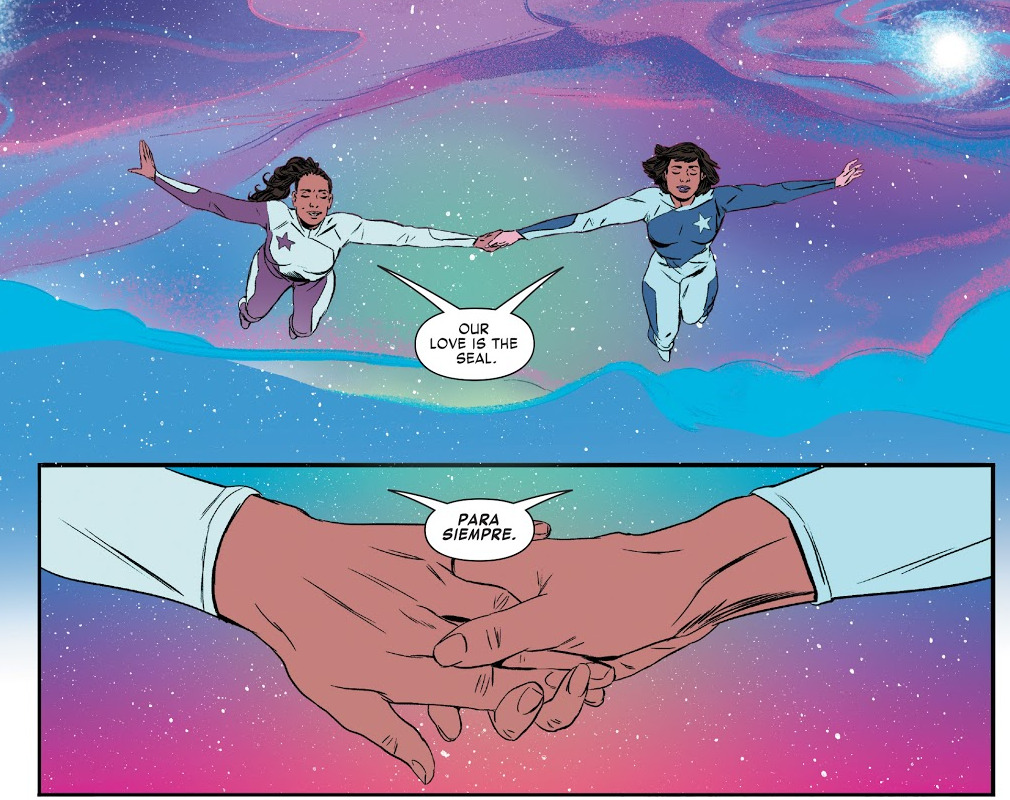 While this is still the official description on Marvel’s website, the America Chavez: Made In The USA series would retcon her origin claiming the Utopian Parallel was just a private island owned by a billionaire named Mr. Gales.

Her parents were killed while trying to escape the facility after they discovered Gales was attempting to get Chavez to develop her superpowers. Chavez would eventually escape, and be adopted by the Santanas who claimed she was a family member from San Juan, Puerto Rico in order to avoid her be taken into the foster system. 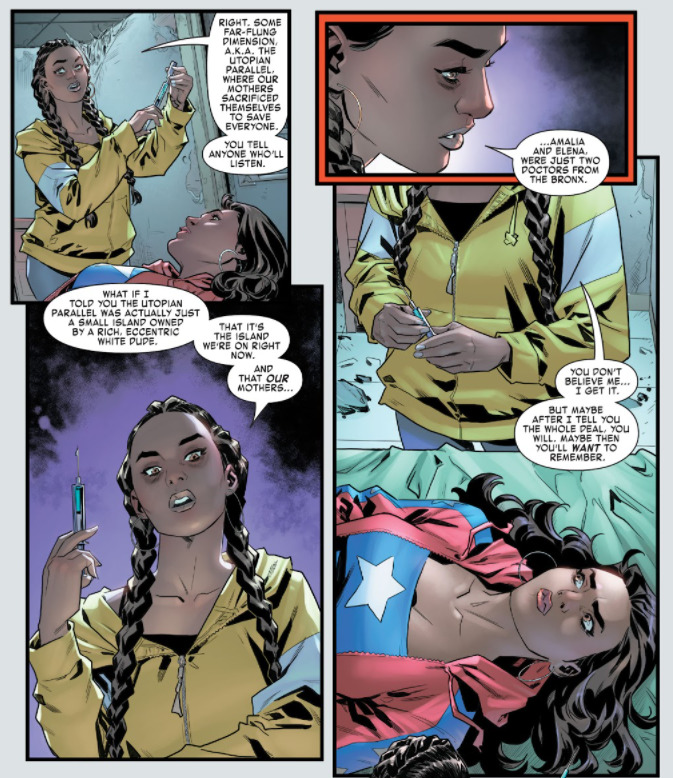 Source: America Chavez: Made in the USA #3

Given Chavez is an alien and not a Hispanic, Ramos got summarily roasted on Twitter for his lack of knowledge about the character.

Selame23 questioned, “Wouldn’t that mean that Kingo doesn’t count as an Indian hero then?”

Twitter user AJMacCruzin bluntly stated, “America is an alien from another dimension.”

Plenty of others slammed the journalist for not realizing that Chavez is an alien. 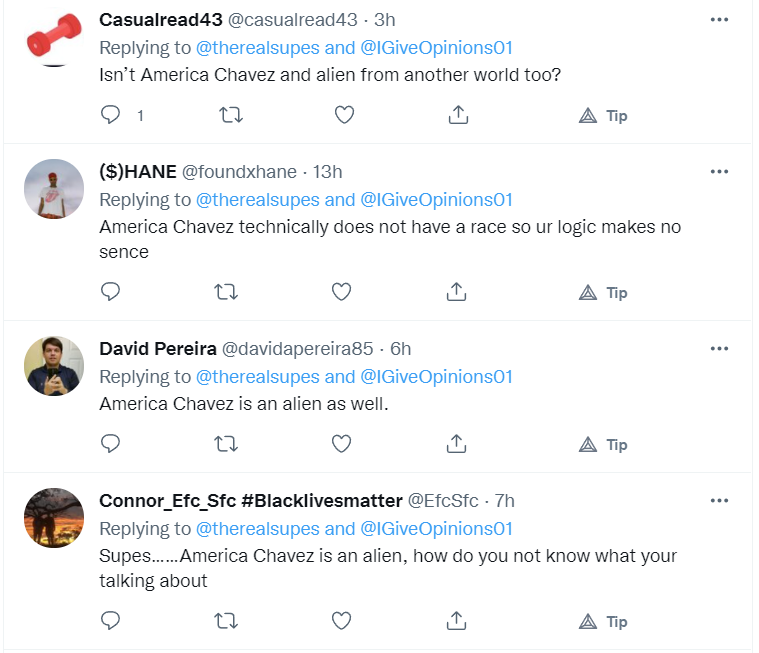 Interestingly enough, the Hawkeye series on Disney+ also introduced the Marvel superhero Echo a.k.a. Maya Lopez. In the comics Lopez is Cheyenne on her father’s side and Latina on her mother’s side. 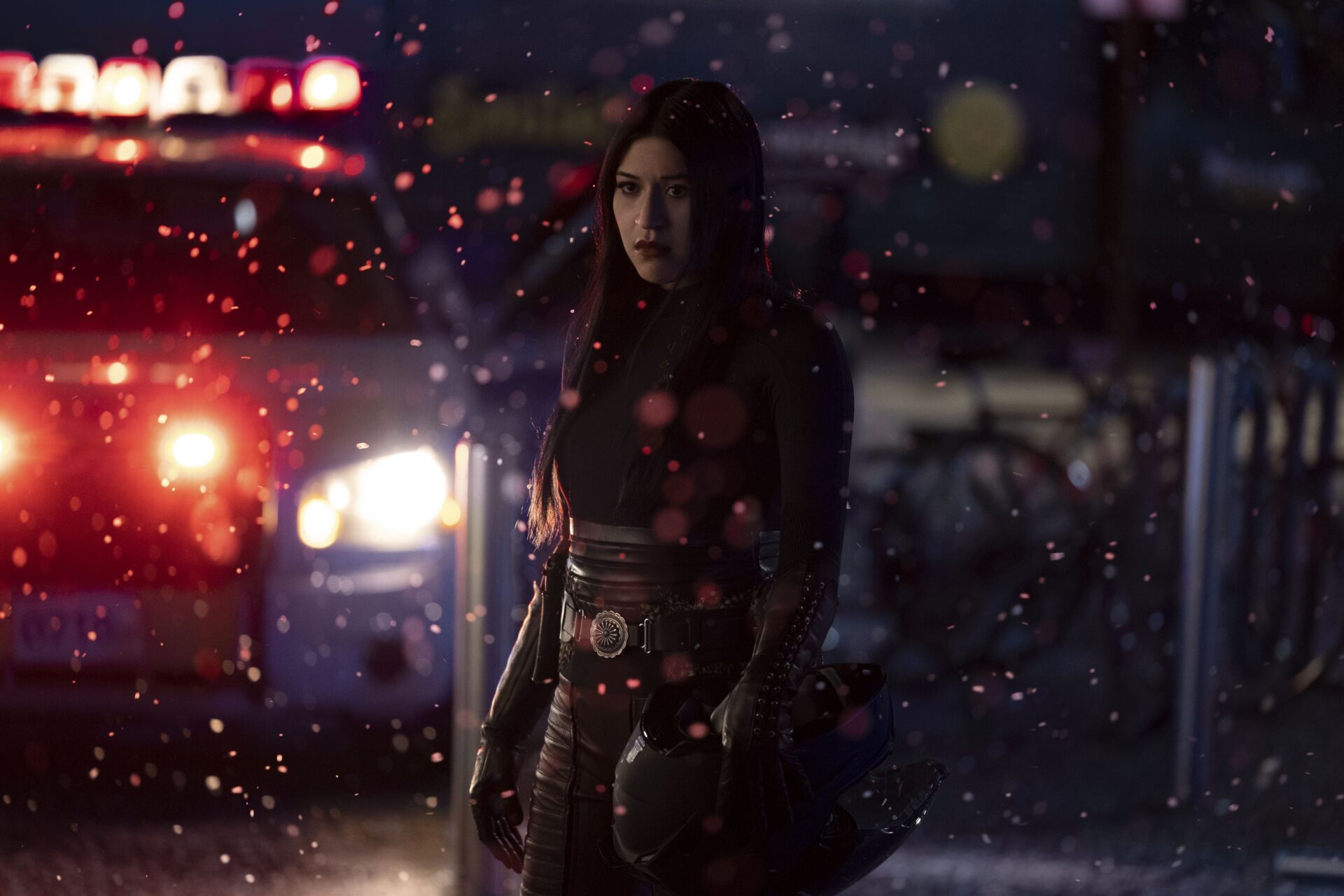 So, America Chavez is clearly not the first Hispanic superhero. First off, she’s not Hispanic. She’s an alien from an alternate dimension.

Second, we’ve already had Hispanic characters introduced as heroes in the Marvel Cinematic Universe and a prominent one just last month in Hawkeye!

What do you make of Ramos’ claim regarding America Chavez and the Marvel Cinematic Universe? Are we going to see Marvel and journalists promote this movie using identity politics as we’ve seen in the past?