The names of the ten employees attempting to unionize Image Comics have been dropped from the office credits page of the most recent issue of Hellcop, reportedly at the specific request of the publisher’s co-founder  and Shadowline imprint creator Jim Valentino. 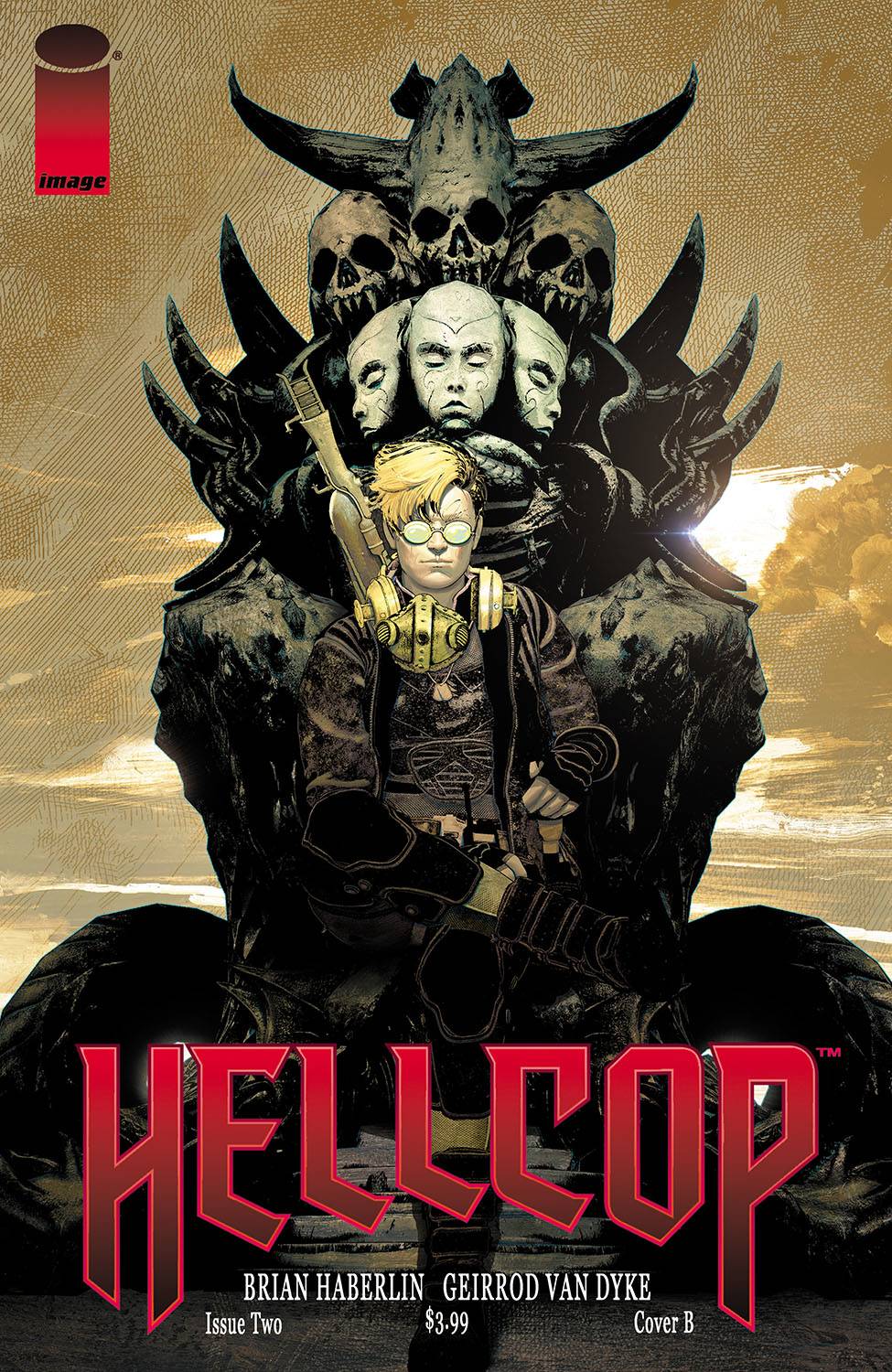 As seen when comparing the respective issues, the removal of these employees’ names from the office credits took place between the second and third entries of the Brian Haberlin-created, Shadowline-produced series. 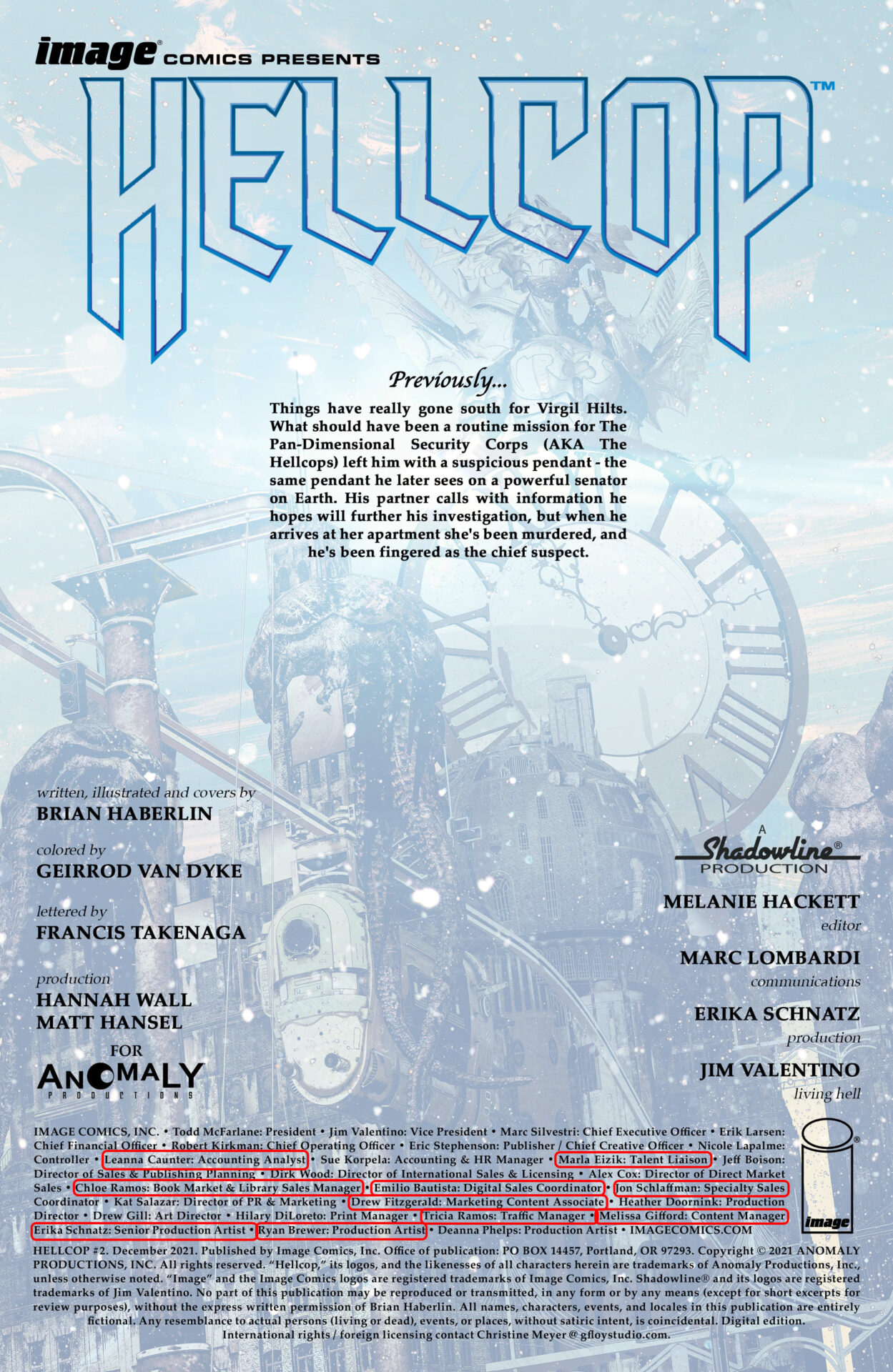 However, in Hellcop #3, which hit shelves on January 5th, the previously lengthy office credits were replaced with a smaller listing noticeably absent the aforementioned employees. 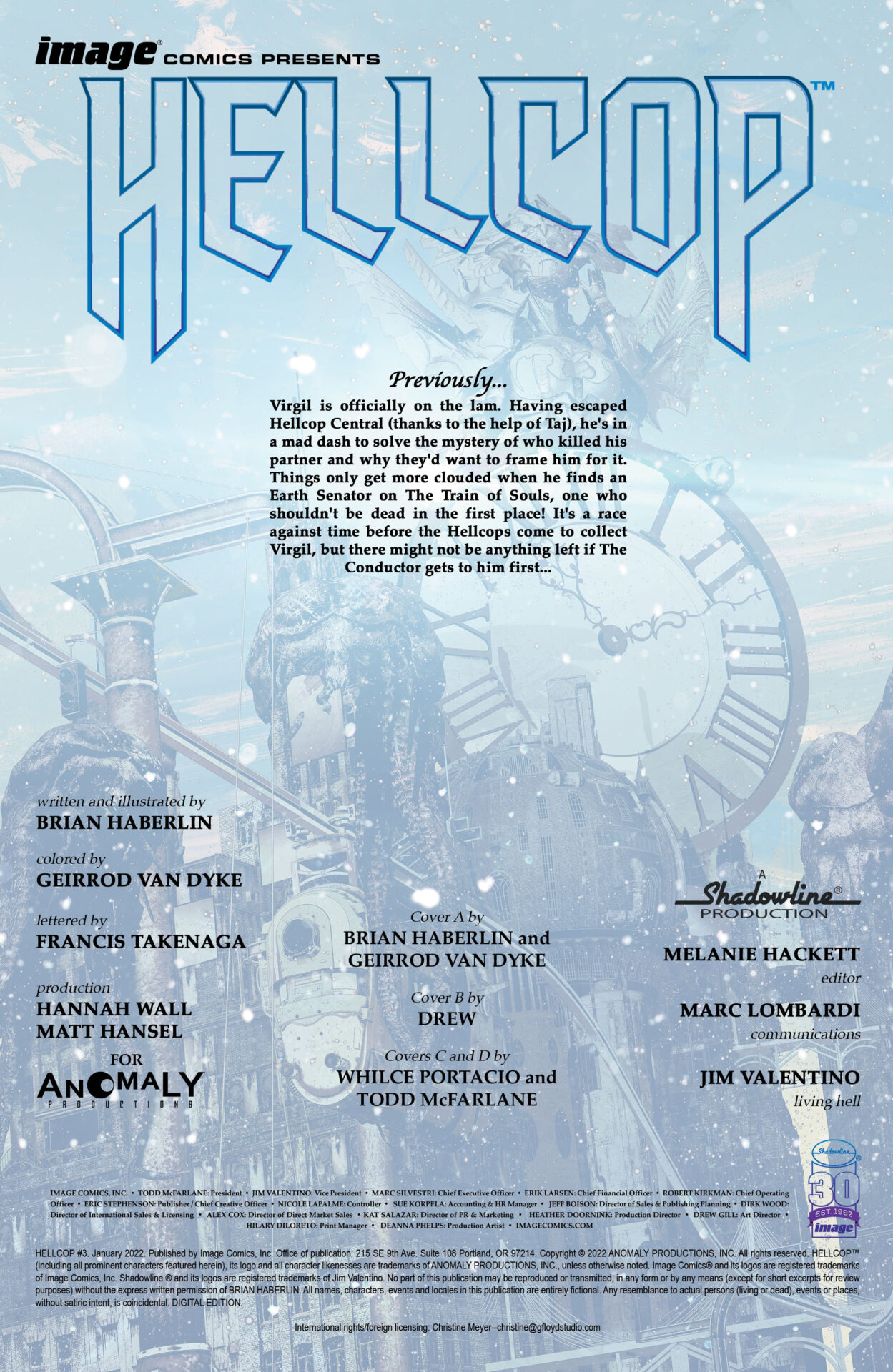 “It may fully be his right,” she added, “but I still think it’s cruel, and perhaps reveals a little bit of something about old boy culture in comics.”

In a follow-up tweet, Head clarified, “just to be clear.. other folks published at Image do not have the option to do this. This is an action made by a founder of the company specifically as a dig towards his own employees.”

Formally debuting on November 1st, the Comic Book Workers United union are not only seeking improved working and compensation conditions for Image Comics employees, but also wish to be given “a collective voting option to immediately cancel publication of any title whose creator(s) have been found to have engaged in abuse, sexual assault, racism and xenophobia, homophobia, transphobia, anti-Semitism, Islamophobia, ableism, etc. until such time as said creators have engaged in meaningful reparations toward affected person(s).” 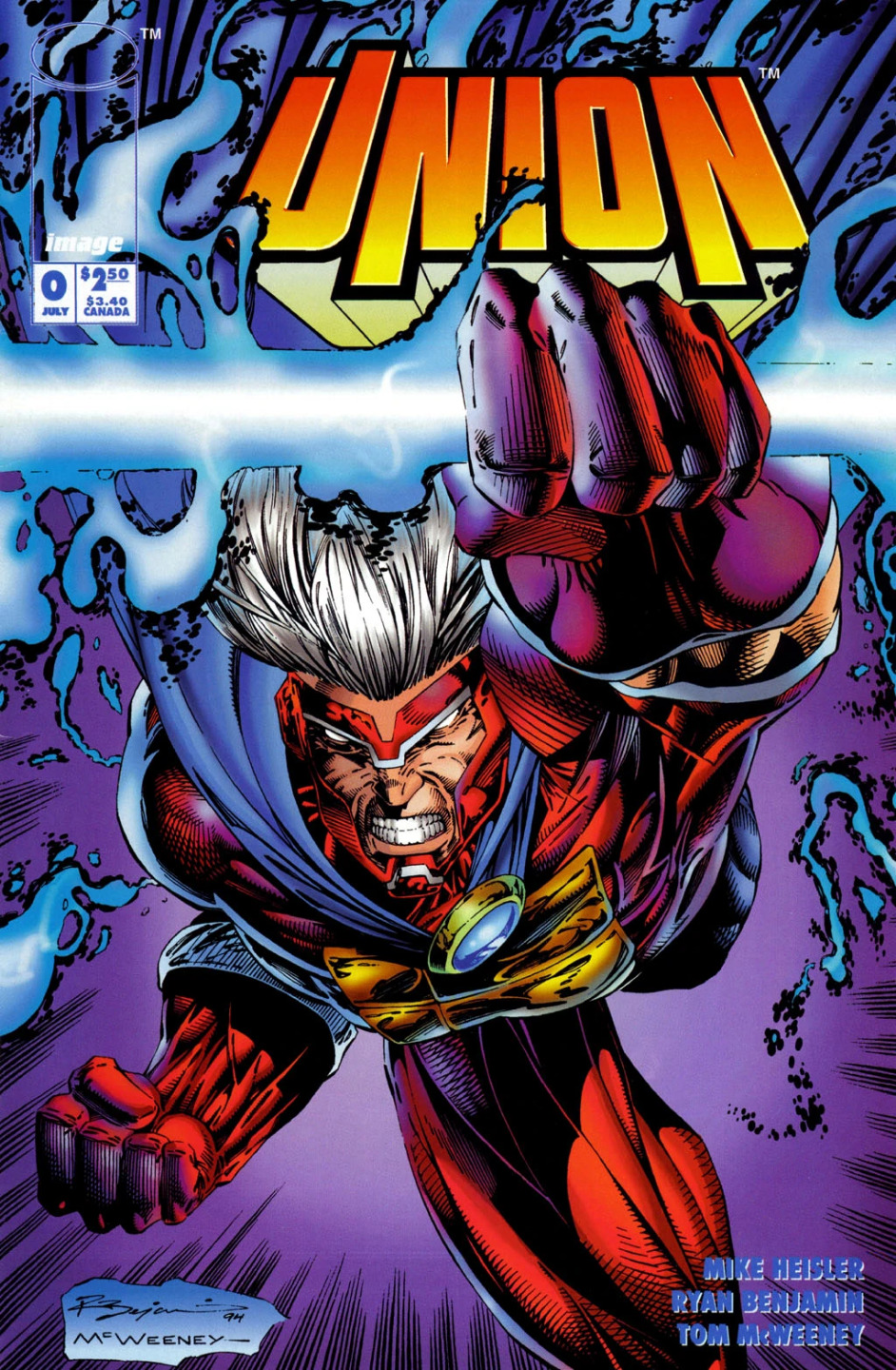 Given the absolute audacity and absurdity of this demand, Cyberfrog creator and Comicsgate icon Ethan Van Sciver took delight in word of the unionizers’ names being removed.

Responding to a fan who found it humorous how those of a similar mindset to the unionizers “never seem to understand how arbitrary that is…and how it is abused,” Van Sciver asserted, “Even funnier, these commie dimwits don’t understand that unions only have power when they are comprised of a skilled and vital workforce.”

“These pink hairs get coffee and catch spelling errors in house ads,” he explained. “They’re entirely replaceable by non-subversives to the company.” 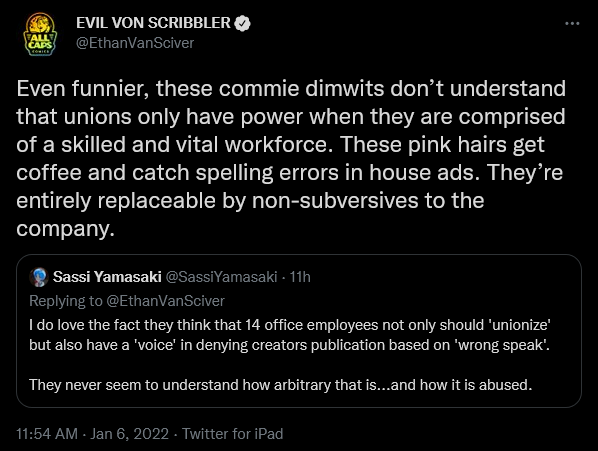 What do you make of the names of the Image Comics unionizers being dropped from the office credits of Hellcop? Let us know your thoughts on social media or in the comments down below!