The all-female, ultra-progressive The 355 has hit theaters, and it’s already destined to end up as another lackluster action flop, the same as The Matrix Resurrections.

Based on a (very) loose connection to a supposed female spy during the American Revolution, the film cobbles together a handful of female stars led by Jessica Chastain, as they work together to prevent a new World War from breaking out. 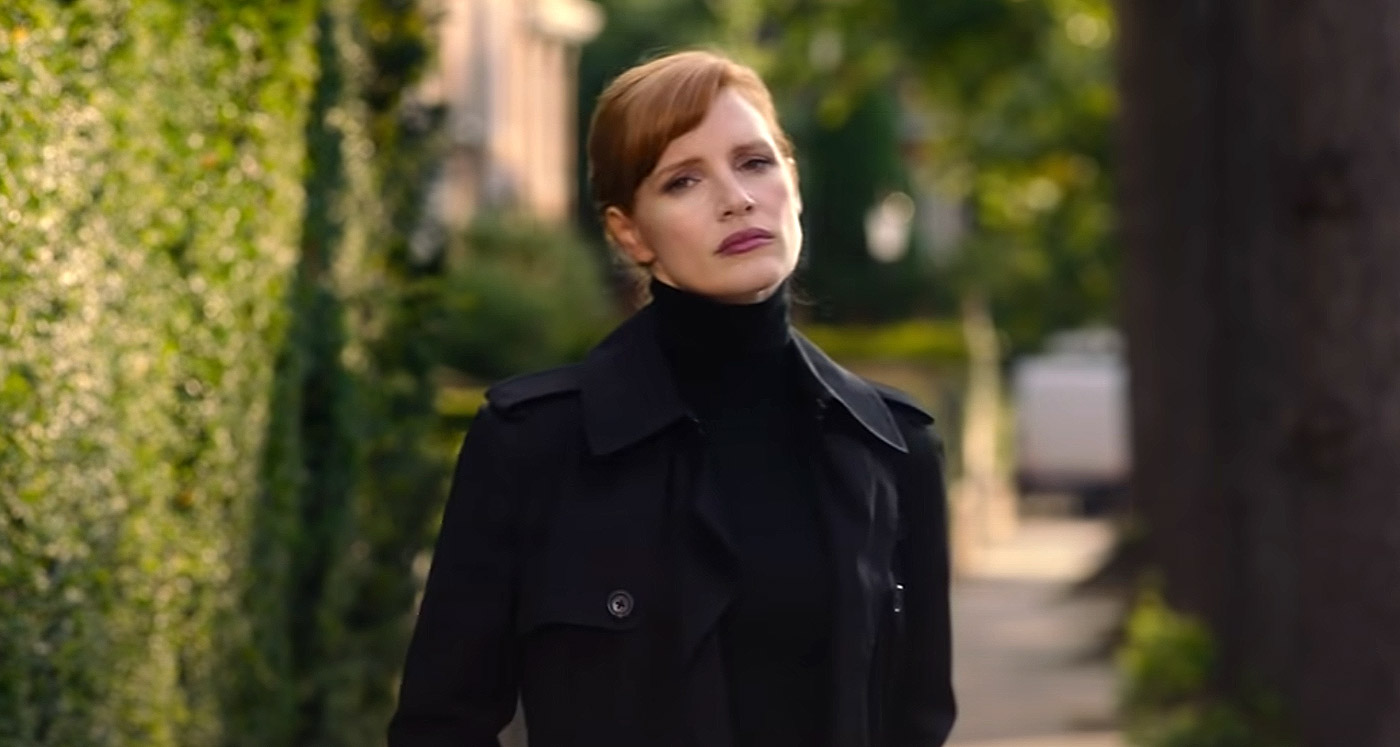 Not the best, or most unique premise in the world, and that’s clearly evident in the mainstream critic scores, which are abysmal. However, put the story aside, and the question is why The 355 started out so poorly, and will no doubt end its theatrical run without having made enough to recoup its own budget.

It’s all about the progressivism, baby!

And audiences are sick and tired of it. Even Benjamin Lee of the extremely far-Left newspaper The Guardian claimed “…simply replacing male action heroes with women, and then standing back waiting for applause isn’t quite enough.” 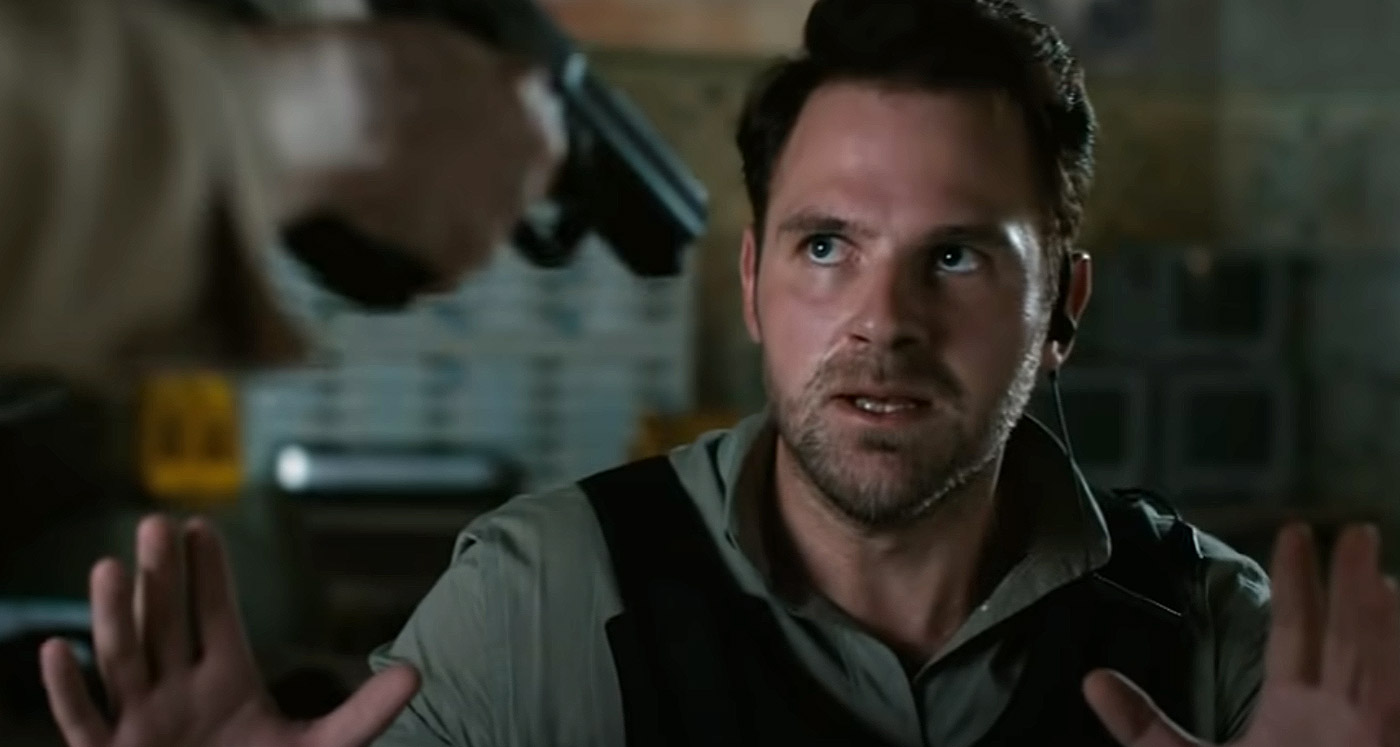 The issue is not whether The 355 is Woke, or un-Woke, entertaining, or boring. None of that matters, because audiences gave up before the movie even made it to cinemas. 2021 was the year that broke the back of Leftist culture, and 2022 will be the year that determines whether the Left stays the course, or doubles down – as usual.

What’s ironic about The 355 is that there is, in fact, a way to do this type of movie, and make it work. Yes, the idea of an action film with an all-female cast of leads isn’t impossible, nor should it be particularly difficult to pull off. 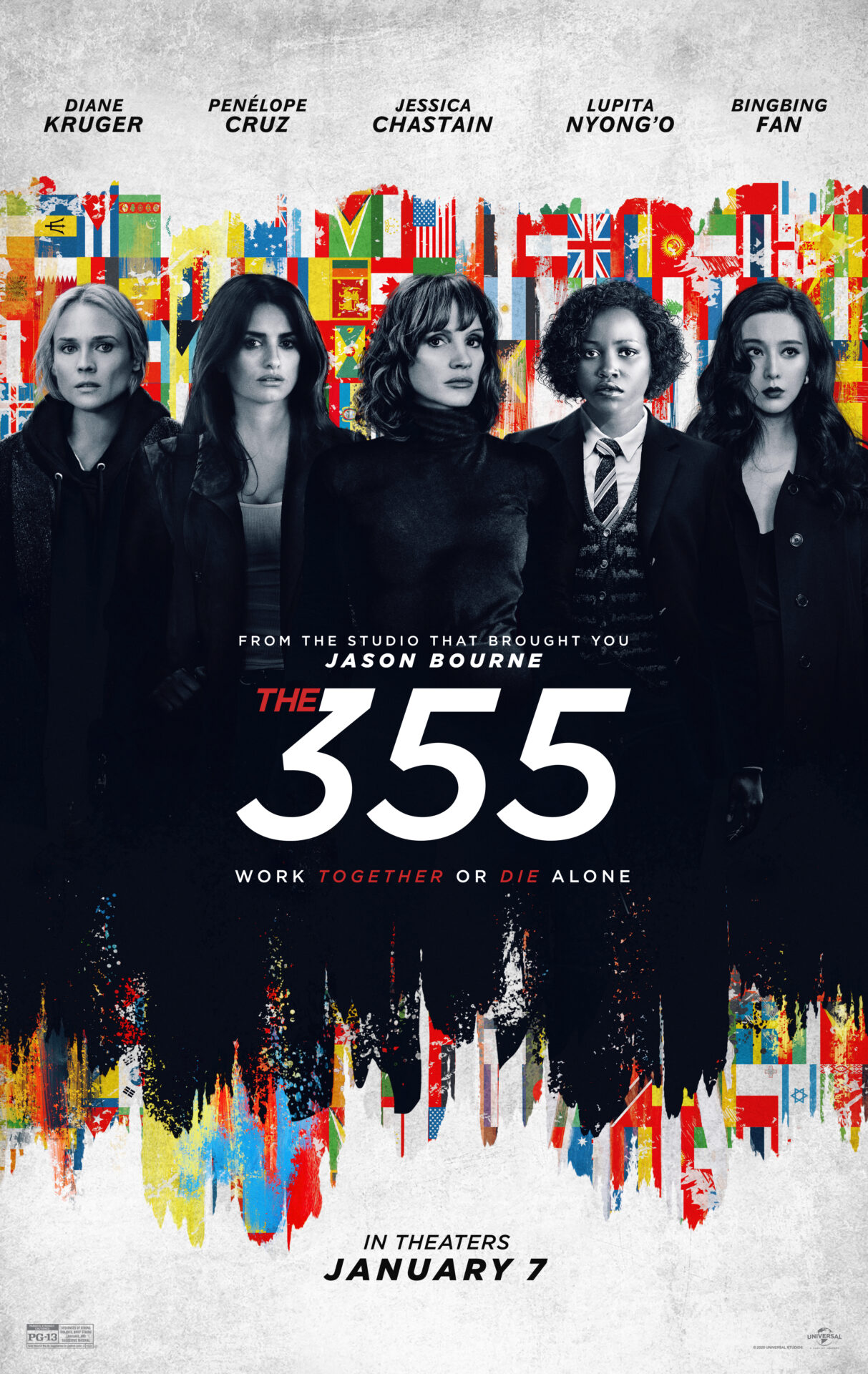 All it takes is to acknowledge basic realities about gender biology, stop making all the male leads imbeciles, betas or evil sexists, and give both genders a reason to cheer.

The progressive content of the film isn’t what’s killing it. Rather, it’s the combined weight of all the other progressive Woke films and TV shows that have come out over the past two years, which have alienated the vast majority of moviegoers.

Couple that with studios continuously blaming the fans, and labeling them racists, sexists, bigots and homophobes/transphobes, and it’s easy to see where this is going. 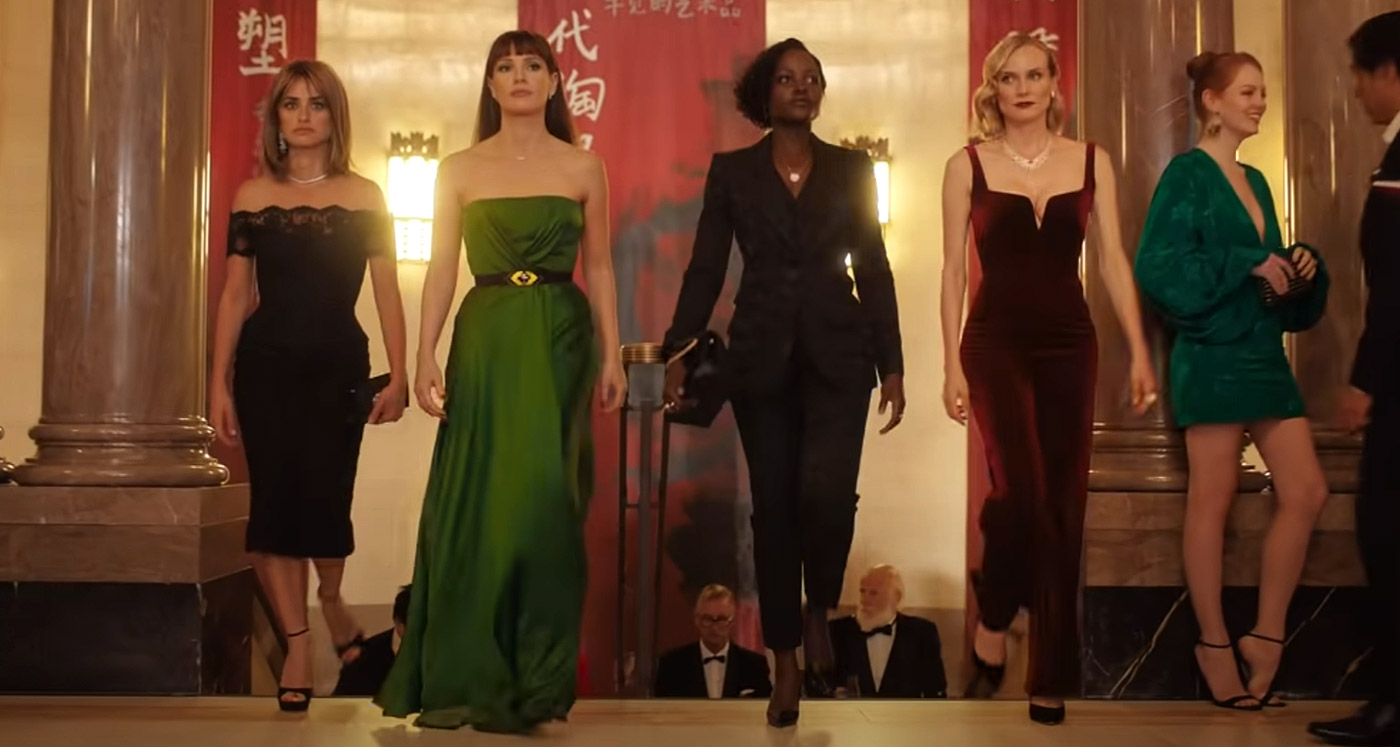 Now, when audiences look at The 355, they see Paul Feig’s abysmal 2016 Ghostbusters reboot. Instead of seeing an all-female version of The Expendables, they see countless bait-and-switches like Masters of the Universe, Hawkeye, and Loki. It doesn’t matter if the film is all of that, or none of that. The damage has already been done.

The film was directed by Simon Kinberg, a man with quite a few non-Woke properties under his belt. He’s written and/or produced films like Abraham Lincoln: Vampire Hunter, X-Men: Days of Future Past, and Deadpool 2. Unfortunately, his only other big screen directorial credit is 2019’s Dark Phoenix, which needs no introduction, or explanation.

Jessica Chastain, for her part, came up the idea for the film, and is credited as the producer. She somehow thought it would be a good idea to cast herself as the lead in the film, perhaps out of some misguided sense of authenticity following her stint in Zero Dark Thirty.

At 5’4″, and weighing around 120 lbs., Chastain is shown tossing burly, jacked males three times her size around like ragdolls. Where have we seen this before?

You guessed it – everywhere! 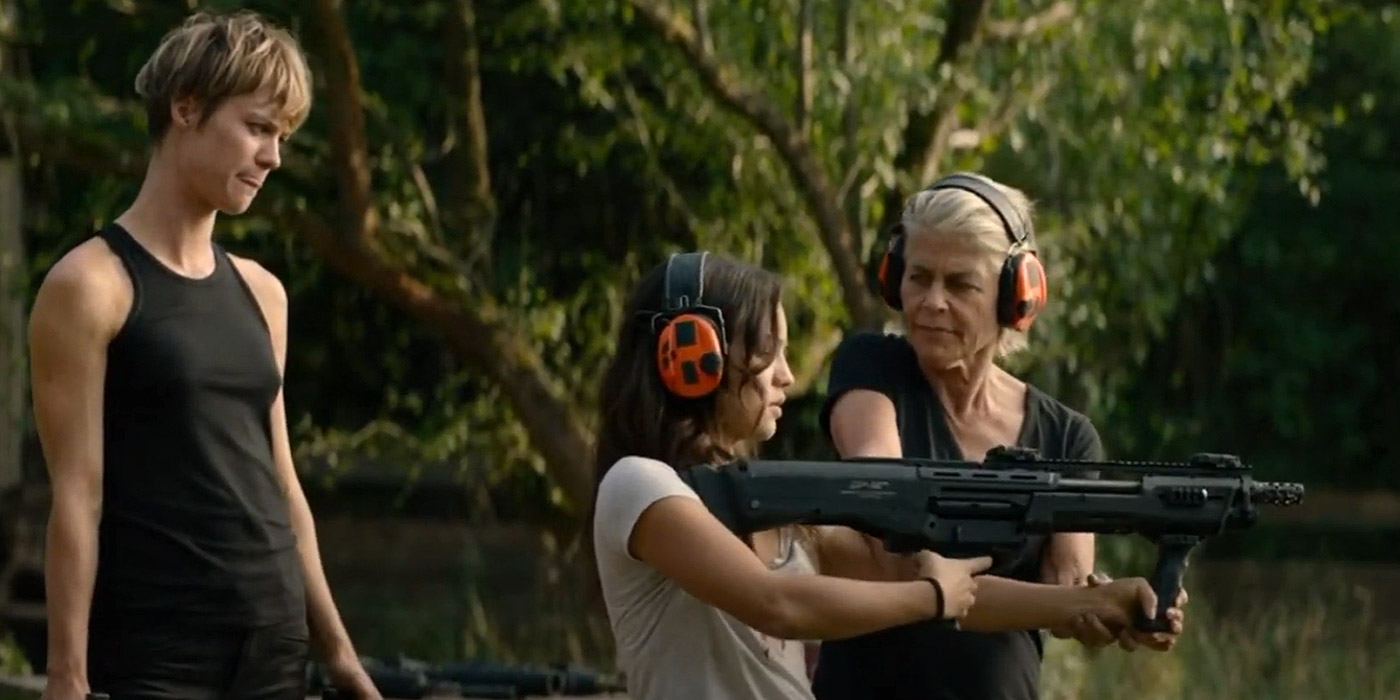 Whether it was the absurdity of watching 5’1″ actress Natalia Reyes beating up multiple hulking males in Terminator: Dark Fate (at the same time), or almost every female character in a CW show or Marvel film sending them flying through plate glass windows and walls, it’s become too much.

The average male cannot suspend enough disbelief to make it work, and neither can women, which is the ironic part.

This might be fine for a superhero movie, where both males and females are gifted with powers or tech that allows them to achieve this kind of thing. In a real-life scenario, Chastain and her co-stars would get thrashed in record time. It wouldn’t even be a contest.

Even Charlize Theron’s character Lorraine Broughton from Atomic Blonde was beaten and bloodied before she managed to defeat her male opponents. That’s a far more realistic depiction of such an encounter, as opposed to the silly ballet-style martial arts moves from female heroes, who barely break a sweat. Indeed, Atomic Blonde takes the win here. 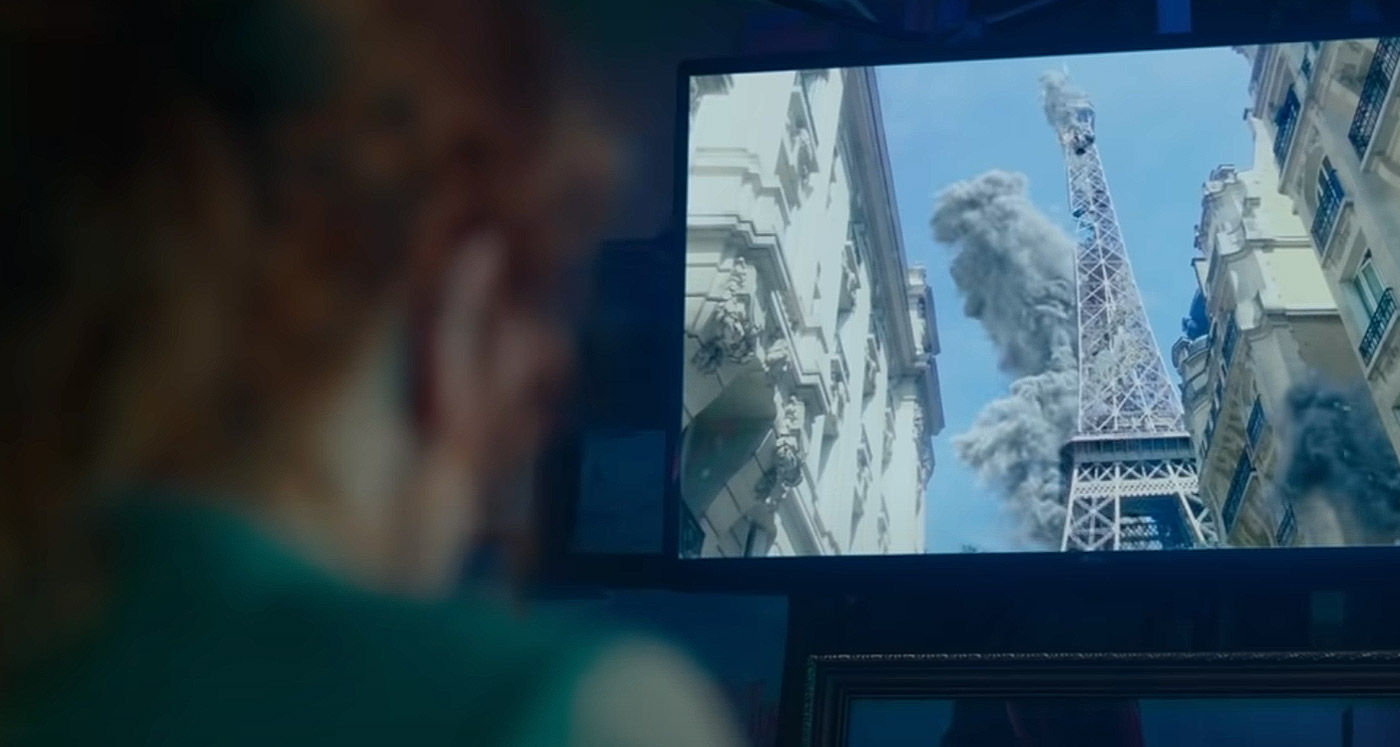 RELATED: The Most Hilarious Woke Pop Culture Fails Of 2021

Then again, to sell the premise of The 355, Hollywood might actually have needed to cast a woman that was perfectly suited to such a role, such as (dare we say it?) Gina Carano, but that clearly wouldn’t meet the religious expectations of the Church of Woke, now would it?

Remember – this kind of film is a third-wave feminist’s dream come true. Yet, nobody’s watching it. This has always been a major point of contention for anyone who couldn’t figure out the double-messaging from the Woke Left. If a TV show or movie is so good – so progressive – so powerful…then why aren’t audiences flocking to them in waves?

Why is the CW up for sale, after Wokeifying all of their properties? Why is it that Doctor Who’s ratings crashed into the cement the moment Jodie Whittaker took over the role? Why did Hawkeye miss its target with such impossibly bad aim, becoming one of Disney’s least-liked (or watched) shows?

In short, where are all the legions of strong, independent females and male feminists lining up to cheer and champion these properties? This is the only question that truly matters when it comes to the culture wars.

We are constantly being told that society is changing and evolving into a more “progressive” age, yet the stench of the cultural stew has turned off everyone – except the 6% who make up the Woke voting base. 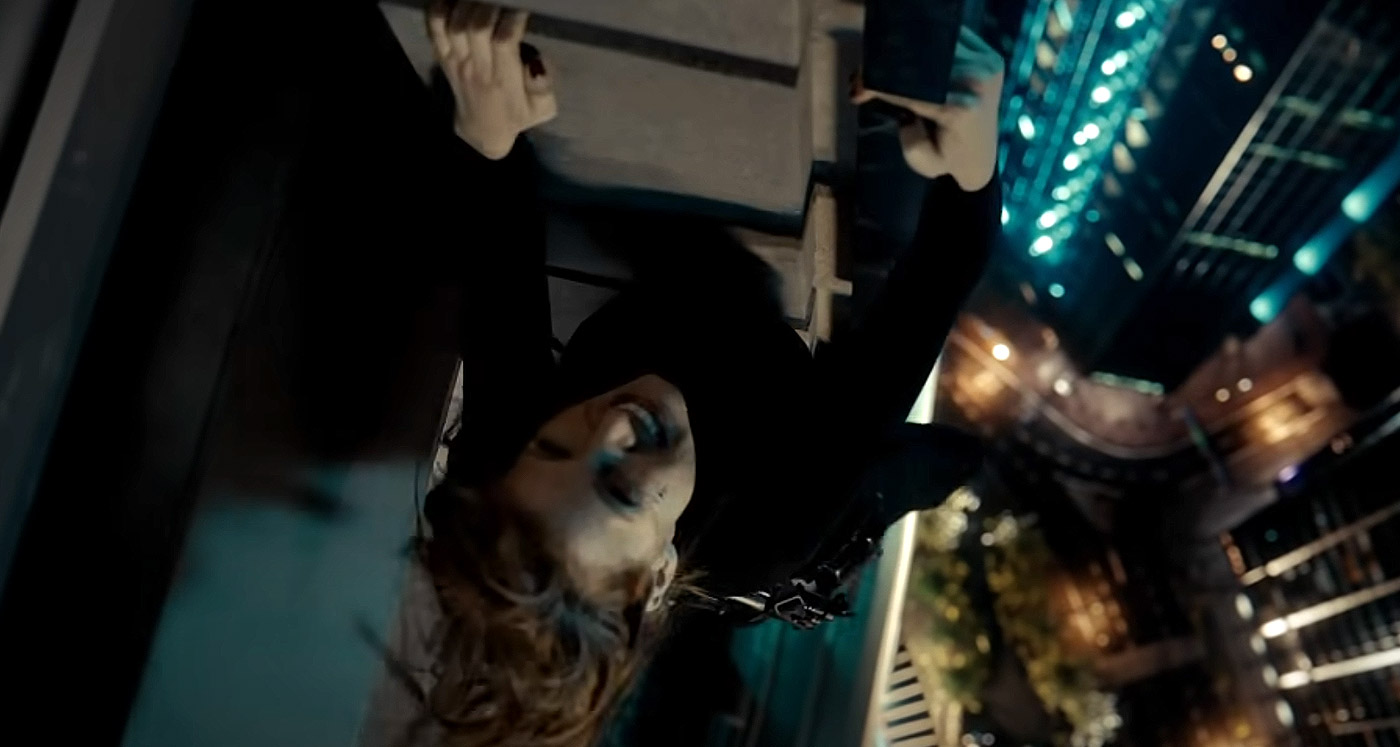 As many have correctly deduced, Hollywood and the entertainment sector have prioritized the appeasement of a very small, loud demographic that doesn’t actually watch any of these shows, or movies. Meanwhile, regular moviegoers – an absolute treasure trove of consumers with money in hand, are not only being ignored, but attacked for their lack of fealty to the radical Marxist culture cause.

That’s a problem for all audiences, Woke or not, because it damages our receptiveness to new releases. We’re never sure if we’re going to get a few episodes into a TV show, or a half-hour into a movie, only for the ugly head of Wokeness to spring out like a Jack-In-The-Box. Audiences have grown sick of it, so they’re simply tuning out before the sucker punch comes.

There’s only so much talk of “sexist Right-wingers” that can be tolerated, as well. Audiences on both sides of the political spectrum, Left and Right, have had enough of this formula, and they want it to go away. The overwhelming majority of the consumer base regards Wokeness like the alien from The Thing, and wants to torch it with a flamethrower.

This is no longer about Left vs. Right. It’s about the extreme-radical Left vs. everybody else. 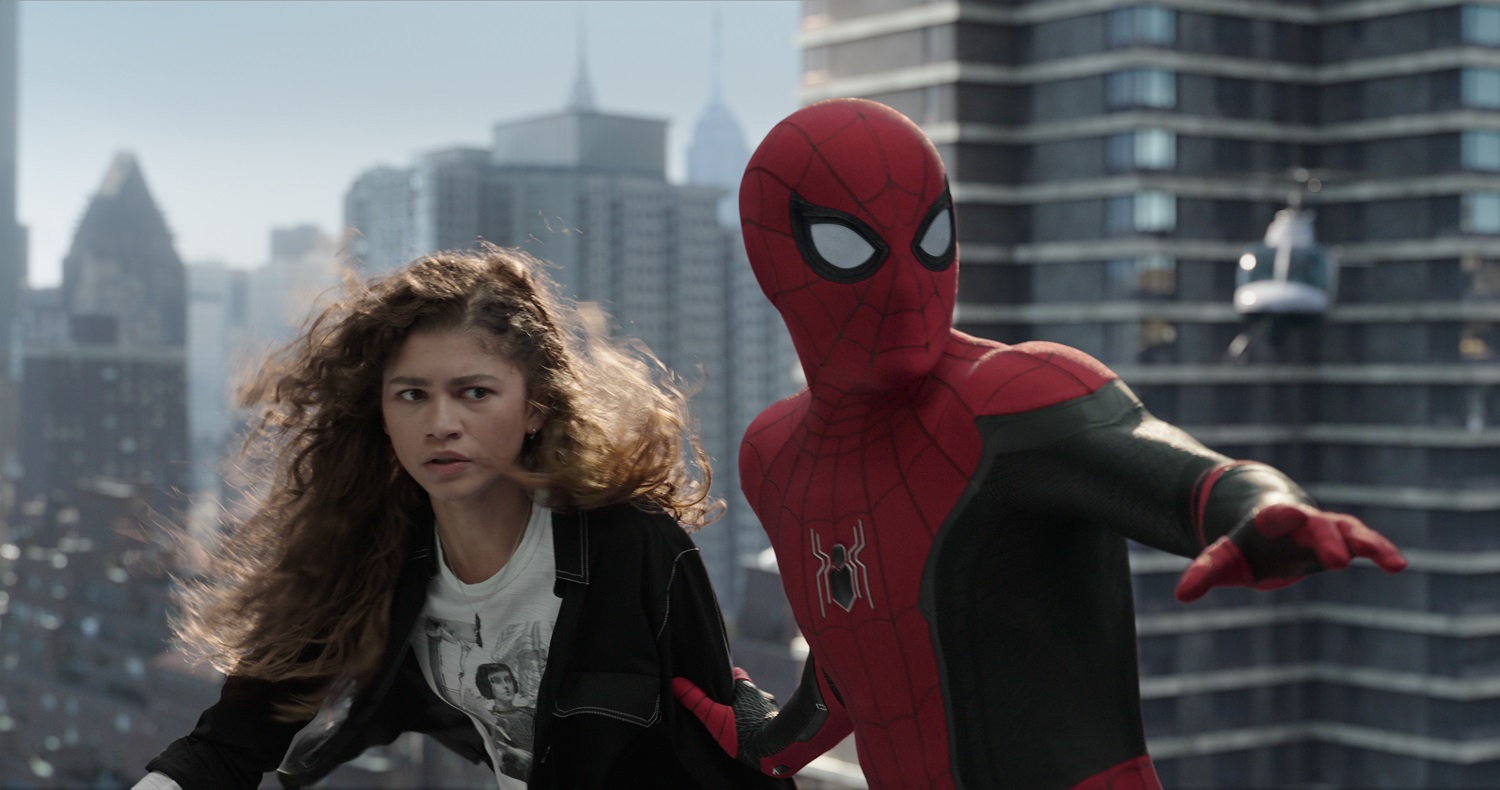 Again, this goes back to Spider-Man: No Way Home, a movie that made it quite clear, from the start, that Woke politics was not going to drive the narrative. It was a film that gave audiences (the ones who actually pay money to go to the movies) precisely what they were yearning to see for years, and it worked.

The result? The film just surpassed $1.5 billion dollars, and made more money than James Cameron’s Titanic.

Everything else has failed across the board, including, evidently, The 355. Of course, it didn’t take long for the excuses to come out in full force, including (yes, you guessed it) fear of the Omicron variant.

That fear magically subsides whenever Spider-Man: No Way Home is brought up, and it seems audiences are blissfully unaware of it, which is quite astonishing. 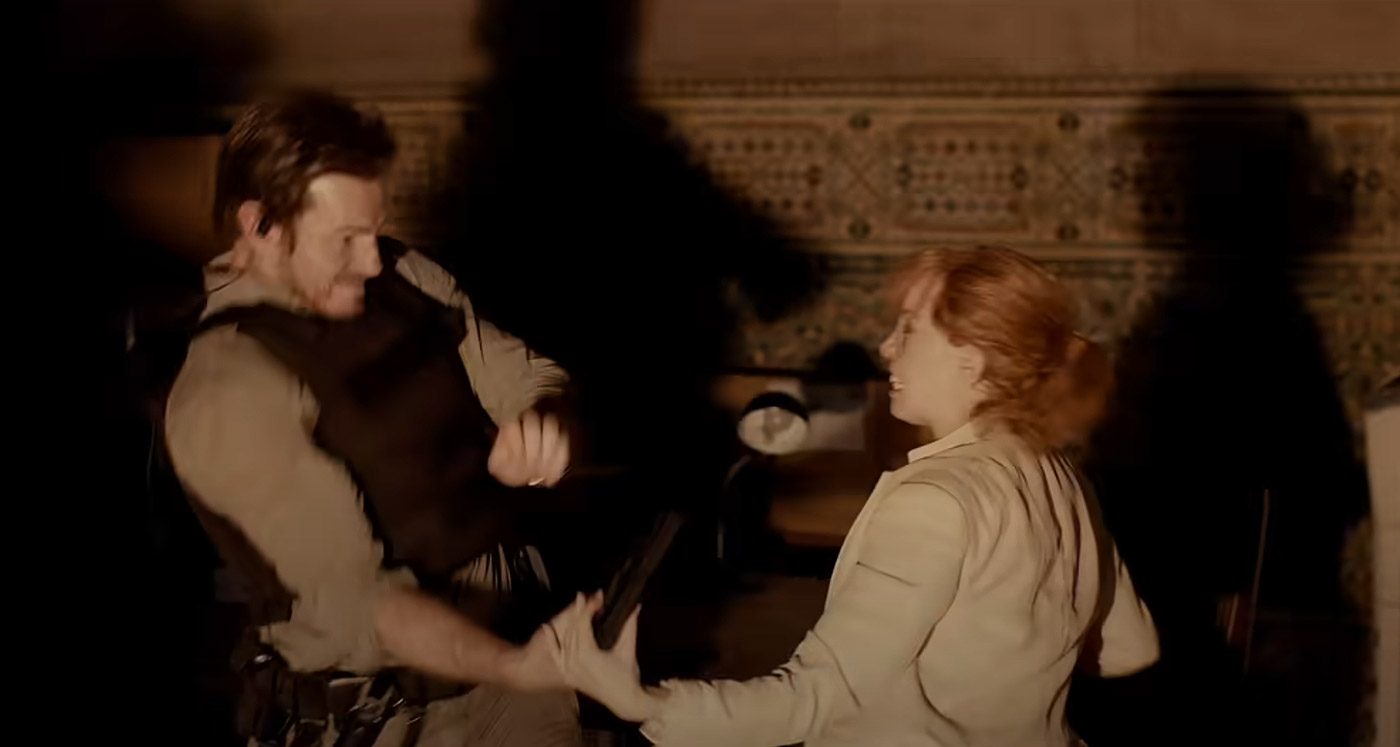 The Streisand Effect has taken hold as the dominant force in the culture wars of 2022, and that’s going to spell trouble for Hollywood, and Leftist culture writ large. Their attempts to excuse away a plethora of bombs and failures is now attracting more attention than ever, particularly because of films like Spider-Man.

Wokeness is dead, but the Left are going to paddle that corpse like the third act of E.T., until the flatline becomes too loud even for them to ignore.

Sorry, 355 – they’re just not into you. Neither men, nor women are excited over what your film has to offer, how good (or bad) your leads are, or what the intended message is. They’ve preemptively tuned out of the conversation altogether, and in the process, sent yet another signal in the hopes that your benefactors will finally snap out of their delusions, and get back to normal. 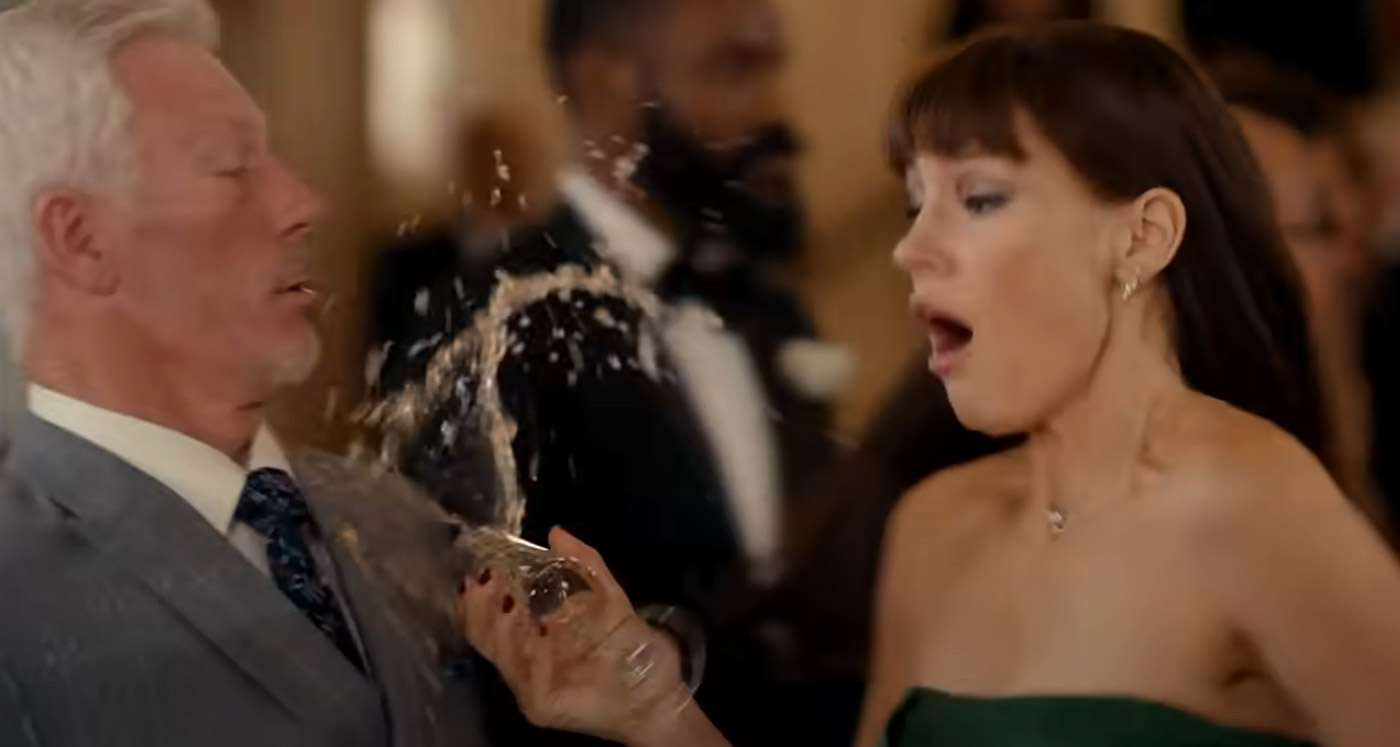 Welcome to 2022, the year when Hollywood either wakes up and changes course, or sets themselves on fire for…potentially…the last time.