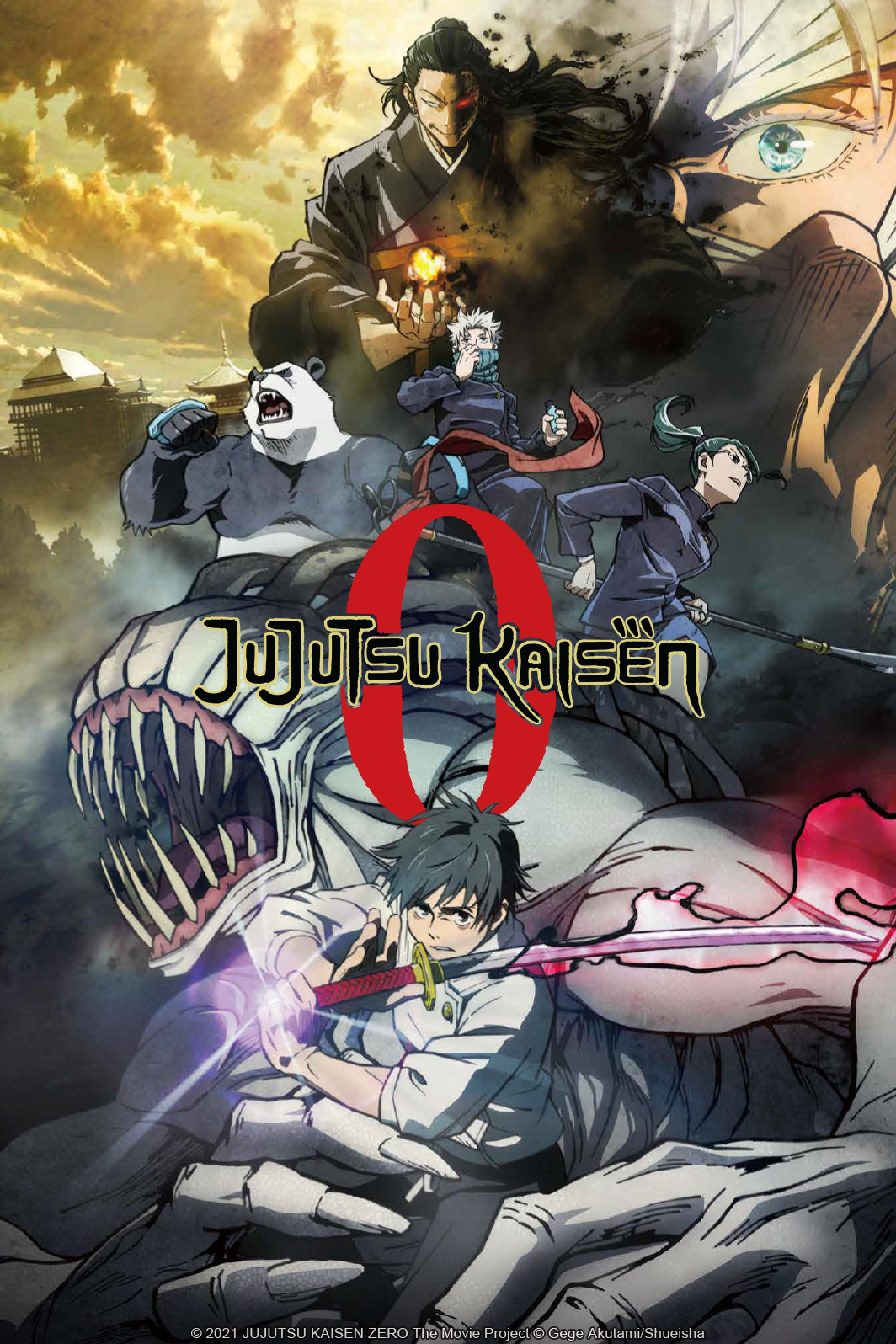 The anime film from TOHO Animation will arrive in theaters in the United States and Canada on March 18th with tickets going on sale on February 25th.

The film will be shown in more than 1500 theaters with both a subtitled and English dub version. In a press release, Crunchyroll also noted that there will be select screenings at U.S. based IMAX theaters.

Crunchyroll also promised the film will be arriving in theaters in he United Kingdom, Ireland, Australia, New Zealand, France with CRG events, Germany, Belgium, Luxembourg, Austria, Switzerland, Sweden, Finland, Netherlands, French-speaking Africa and Latin America. However, they did not reveal a release date for those locations.

The anime film is based on Gege Akutami’s prequel manga to his smash-hit Jujutsu Kaisen. The manga, published in Shueisha’s Weekly Shonen Jump has sold over 60 million copies in Japan alone.

The official description for the film states, “JUJUTSU KAISEN 0 follows Yuta Okkotsu, a nervous high school student, who enrolls in the mysterious Tokyo Jujutsu High School under the guidance of Satoru Gojo after being haunted by the curse of his childhood friend.”

A more in-depth official synopsis begins, “When they were children, Rika Orimoto was killed in a traffic accident right before the eyes of her close friend, Yuta Okkotsu. ‘It’s a promise. When we both grow up, we’ll get married.’ Rika became an apparition, and Yuta longed for his own death after suffering under her curse, but the greatest Jujutsu sorcerer, Satoru Gojo, welcomed him into Jujutsu High.”

“There Yuta meets his classmates, Maki Zen’in, Toge Inumaki, and Panda, and finally finds his own determination. ‘I want the confidence to say it’s okay that I’m alive!’ ‘While I’m at Jujutsu High, I’ll break Rika-chan’s curse,'” the synopsis states.

It continues, “Meanwhile, the vile curse user, Suguru Geto, who was expelled from the school for massacring ordinary people, appears before Yuta and the others. ‘This coming December 24th, we shall carry out the Night Parade of a Hundred Demons.’

The synopsis concludes, “While Geto advocates for creating a paradise for only jujutsu sorcerers, he unleashes a thousand curses upon Shinjuku and Kyoto to exterminate all non-sorcerers. Will Yuta be able to stop Geto in the end? And what will happen to breaking Rika’s curse…?”

The film is directed by Sunghoo Park and animated by MAPPA.

According to Box Office Mojo, the film grossed over $64.3 million in its first three weekends in Japan.

In their press release, Crunchyroll notes the film had “the second-highest opening for a film in Japan’s box office history, trailing Demon Slayer: Kimetsu no Yaiba – Mugen Train.”

The-Numbers notes that film grossed $47.7 million at the domestic box office and a total of $503 million worldwide. Demon Slayer is currently the second highest grossing anime film of all time in North America behind Pokemon: The First Movie that grossed $85.7 million back in 1999.

Do you plan on catching Jujutsu Kaisen 0 in theaters?

NEXT: Attack On Titan And Jujutsu Kaisen Dominate Crunchyroll Anime Awards Nominations – See All The Nominees